It’s not quite yet a household name, but Milly — the label launched by New York-based designer Michelle Smith in 2000 — is likely one you’ve seen around.

If not on the Instagram and Snapchat feeds of Jennifer Lopez, Kendall Jenner or Kourtney Kardashian — who have been spotted in Smith’s ready-to-wear and swim collections — then on the red carpets, where the brand has been seeing increasing action as of late, finding favor with Hollywood’s most-fashionable, including Emma Roberts, Hailey Baldwin, Game of Thrones’ Maisie Williams, Martha Hunt and Lea Michele, who are privy to the razor-sharp tailoring, bold color-blocking and custom prints, as well as Milly’s playful, modern take on traditionally feminine silhouettes, from the pantsuit to the fit-and-flare cocktail dress.

This red-carpet play, of course, is not an accident; the brand recently opened a Los Angeles showroom where stylists can come to peruse the pieces up close. However, there does seem to be a simultaneous though seemingly coincidental shift happening in the way that Smith is presenting her brand to the world — and that’s with a much more political tone.

The 2016 election was to the 44-year-old Smith as it was to many fashion designers, a back-to-the-drawing board moment, one in which she reevaluated what Milly stood for and how she could leverage her platform to let her message be heard. 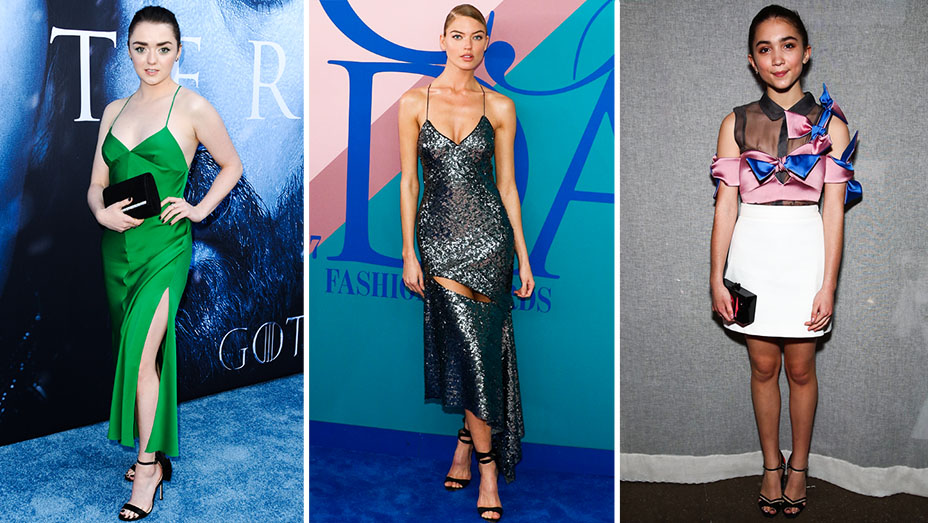 “I feel very fortunate to be able to speak through my brand and have a louder voice than I could have as an individual,” Smith told The Hollywood Reporter late one August afternoon in her Midtown design studio. The petite, slender designer shrugged her shoulders, peering back over her hands clasped on the table in front of her as though her sentiment was the most obvious thing in the world. “I want everyone to feel welcome in my house, welcome in my brand and in my clothes.”

Though her collections had always had themes, the fall 2017 collection, hitting stores this month, is a viscerally charged reaction to the big man in charge. Called “Fractured,” the slashed menswear-inspired shirting and knitwear, hanging together by literal threads, were an unsubtle metaphor for the “way I’ve been feeling post-election — I’ve been feeling kind of defeated as a woman,” she told THR in February. But the activism doesn’t stop there. Both her spring and fall campaigns for 2017 were bold statements of acceptance geared toward the LGBT community. “It felt right to reach out to the LGBT community who is feeling threatened right now under Trump and the administration,” she said.

Whereas some bigger brands will occasionally chime in to condemn this or that latest utterance of the president (speaking up about issues like immigration policy, the transgender military ban or women’s rights, to name a few) by offering a carefully constructed statement that’s been churned through the public relations wheelhouse, Smith’s reactions are unfiltered.

She isn’t just parroting her PR team to appease social media followers; she’s inserting herself, and by default, her brand, into the middle of the conversation — confronting the other side head-on with campaign photos featuring women kissing women or a fall campaign star like Elliott Sailors, a gender fluid model who gives much needed representation to a community that may feel marginalized or threatened in the wake of the rise of conservative opposition to their very existence.

Prabal Gurung, Public School and Jonathan Simkhai were among her fellow designers to make political proclamations during New York Fashion Week last February. However, for a contemporary brand like Milly (Smith has boutiques internationally and ships to more than 150 countries, and her pieces are sold at stores such as Bergdorf Goodman, Shopbop and Neiman Marcus for between $90 and $1,300), the change feels like a turning point, infusing the label with a renewed energy and purpose.

“It’s risky to make a statement and put yourself out there,” she said of why more brands don’t always follow suit. “I don’t see a lot of brands going that hard into it because I think they’re afraid, or maybe they have a shareholder if they’re a public company.”

She continued, “But for me, I do it because it’s heartfelt, it’s what I stand for and it’s what my business stands for. Especially with these issues like equality, we wanted to make sure we have as much of an impact as we can, and because I own my business wholly with my husband [Andrew Oshrin], we can make those decisions — we’re not beholden to any investors.”

For younger, independently owned brands, this level of authenticity, of standing for something (which, as we’ve been told time and time again, is a positive selling point for millennial consumers), is an element to learn from.

“I think that if people like what you’re saying and they’re aligning with you, then you create an emotional attachment,” she added.

As her brand continues to grow, Smith plans to expand her offering, which currently includes swimwear and childrenswear in addition to ready-to-wear and evening, with tentative plans to dip into the realm of activewear. She already has a selection of loungewear, including a collection of best-selling racerback statement tanks which a few seasons ago were already featuring cheeky feminist sayings like “Do We Get Paid Today?” and now feature statements such as “Steinem AF.” As for retail, Smith is hoping for a Los Angeles pop-up next (likely in West Hollywood) as she has a strong consumer base there according to her e-commerce data. 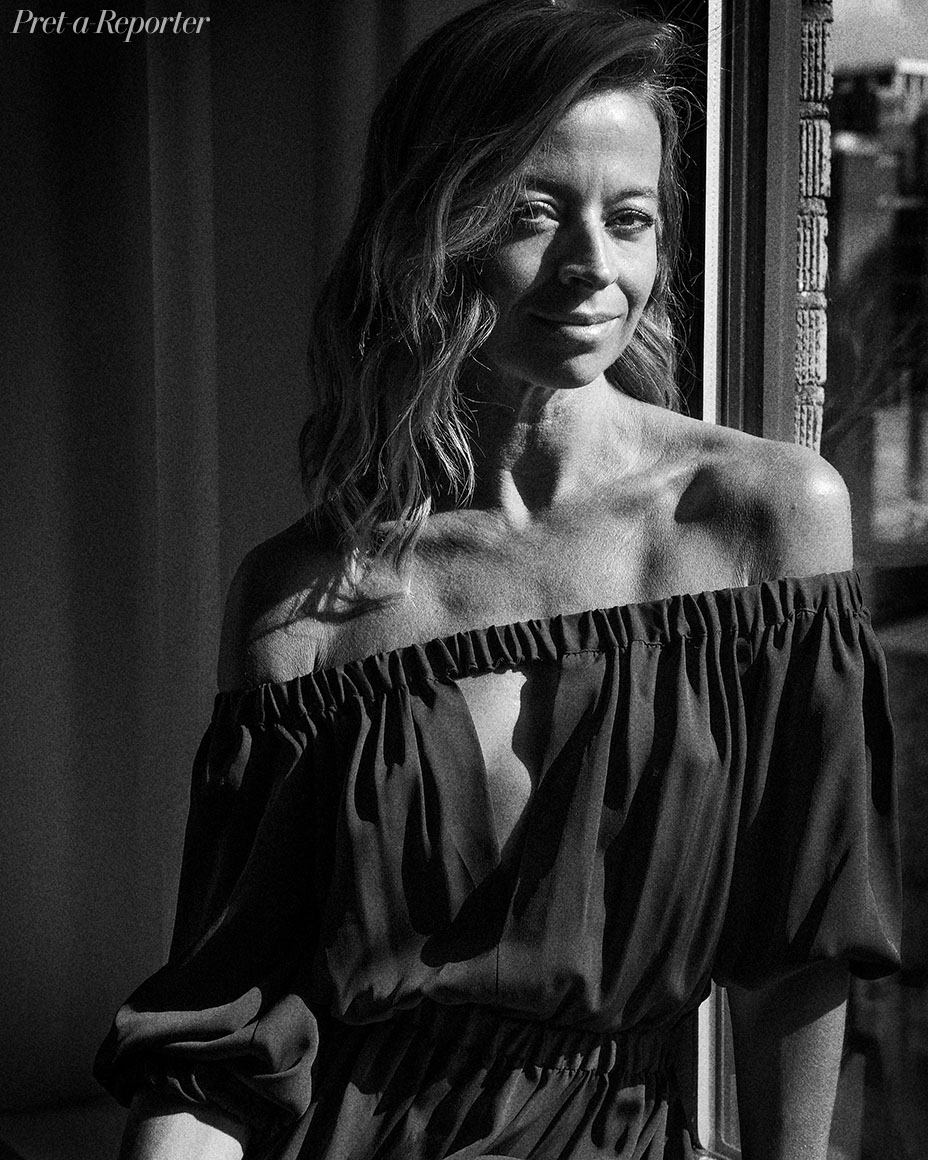 However, first up is a pop-up store in SoHo, where the brand will show its spring 2018 collection in a presentation format — a first for Smith, who has hosted runway shows at New York Fashion Week since 2004.

“I wanted to do something different,” she noted of the presentation for the new collection, which she adds will be “spring-boarding” off her politically charged fall collection. “I created an environment that guests are going to actually pass through. Instead of being spectators, they’re going to be a part of the experience.”

The pop-up will open to the public Sept. 9 and offer a see- now, buy-now capsule from the spring 2018 show, as well as the fall 2017 collection, selections from the cabana offering and Milly Mini line. 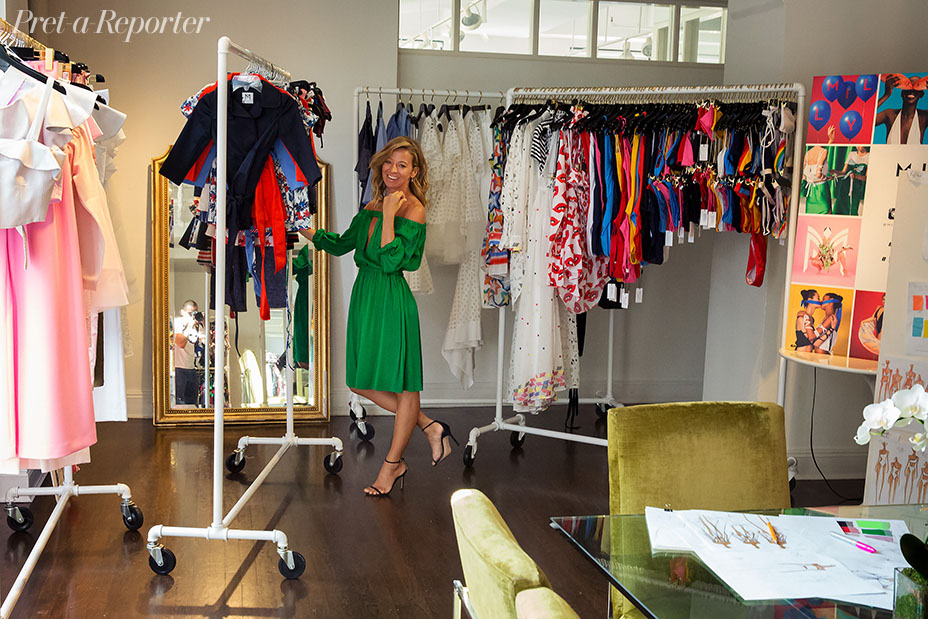