People may already be familiar with the story of Bessie Stringfield, the so-called “motorcycle queen of Miami,” credited with breaking down barriers for black motorcyclists and women in general after riding solo across the U.S. But a new book illustrates how she became the legend, starting with her childhood.

Fast Enough: Bessie Stringfield’s First Ride, an upcoming release from Lion Forge Comics, mixes fact and fiction to tell a story of Stringfield’s youth, with creator Joel Christian Gill showing how her desire to race past the boys in her class fueled her ambition to keep pushing the boundaries in later life. The Hollywood Reporter has an exclusive preview of the title, which will be released to coincide with Black History Month next year, below.

Gill, the chair of the Comics Arts program at the New Hampshire Institute of Art, has previously created a number of graphic novels based around topics relating to black history, including Strange Fruit Vol. 1: Uncelebrated Narratives From Black History and Bass Reeves: Tales of the Talented Tenth. 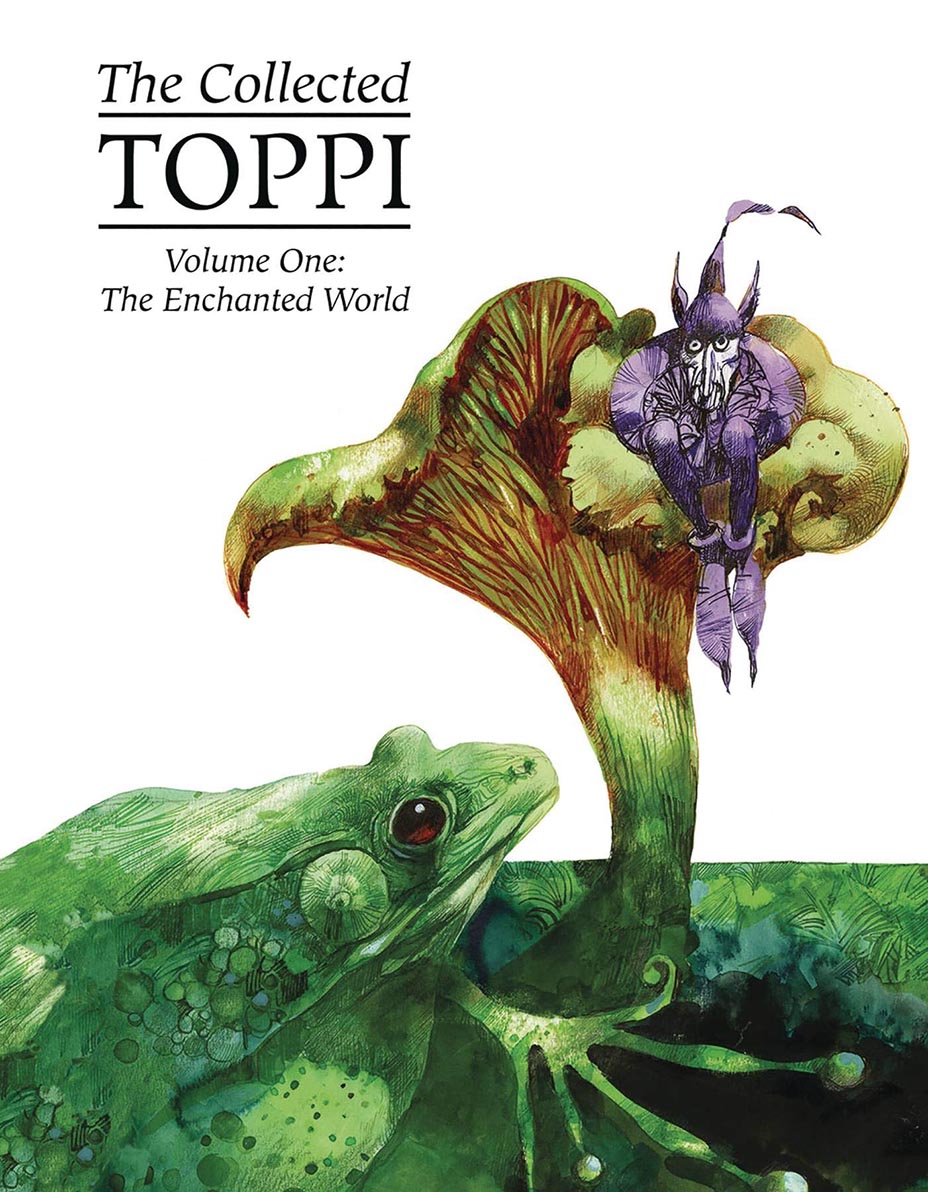 The first volume in a career retrospective of the famed Italian comic creator, known for his historical and war comics, whose career dates back to work for 1966’s Il Corriere Dei Piccoli, with work appearing in a number of European publications from that point until his 2012 death. (Jan. 29)

To Eat & To Drink Vol. 1: Tales From a French Kitchen by Guillaume Long 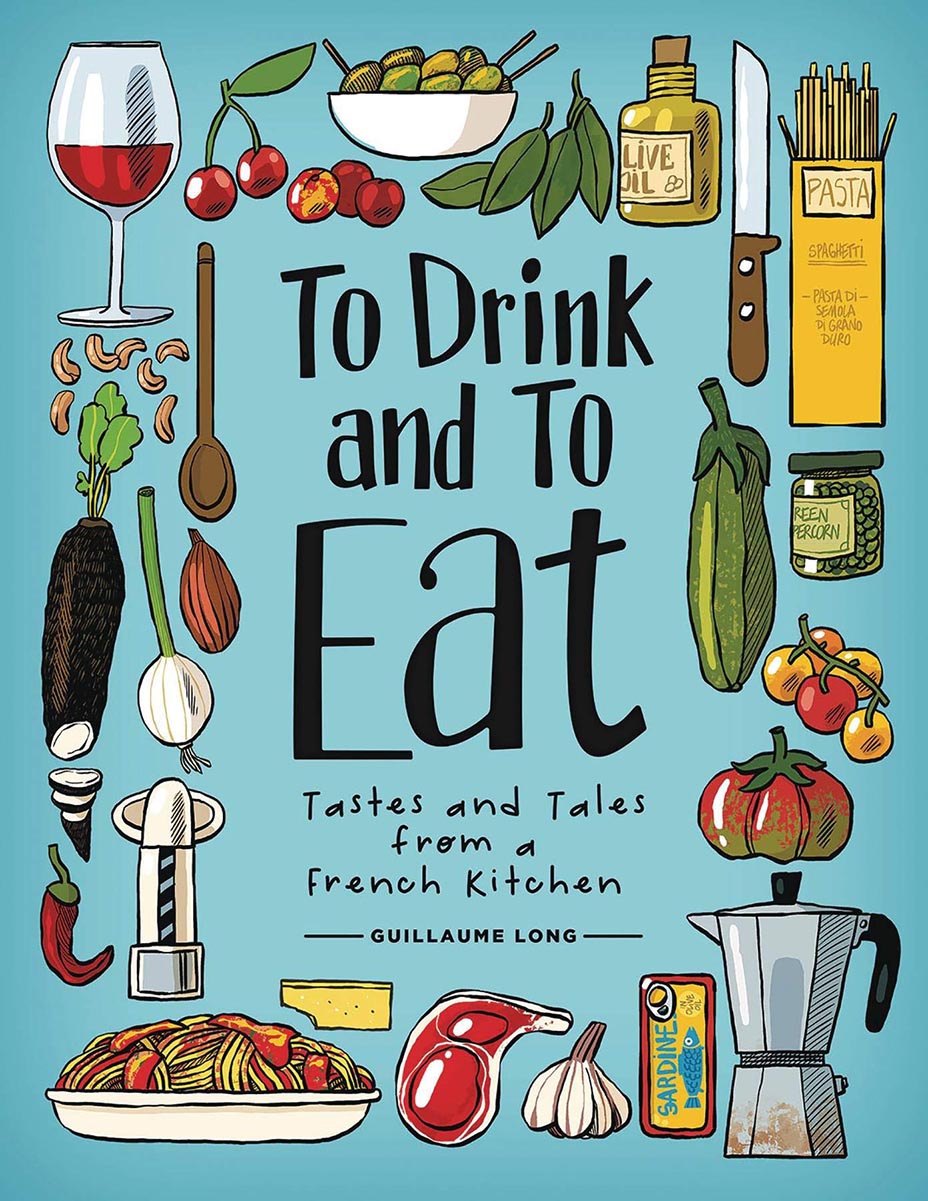 A collection of the work of Swiss cartoonist Guillaume Long, whose twin passions are cooking and comics — a combination that has earned him the Töpffer Prize for his comic The Sardines Are Cooked. His work appears regularly online, courtesy of Le Monde. (Jan. 29) 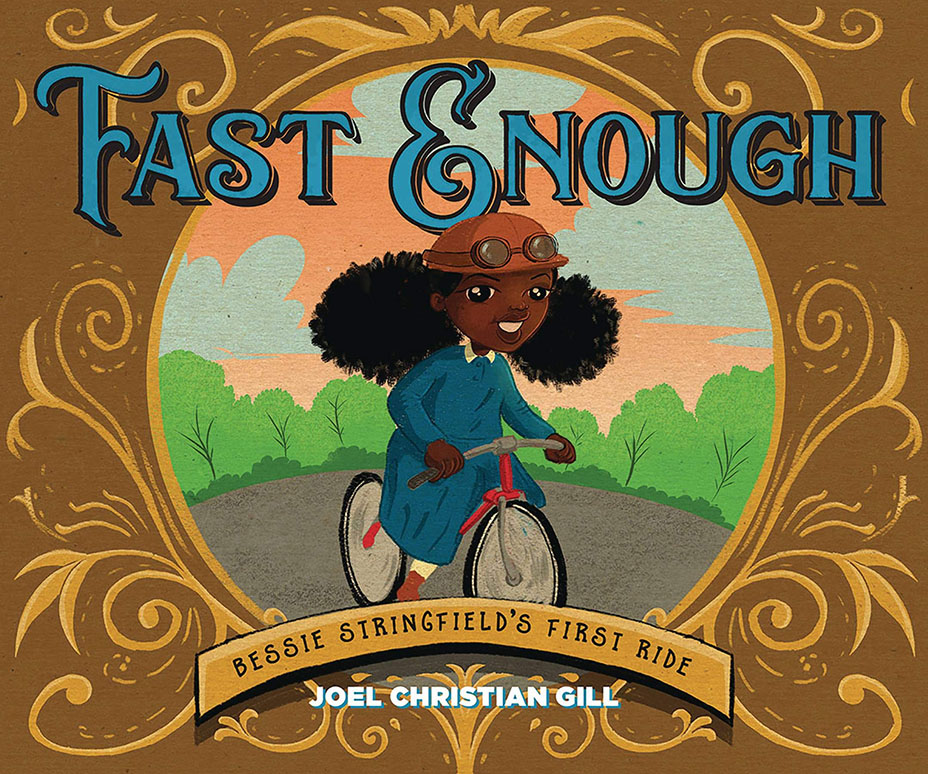 A mixture of fantasy and reality creates this children’s book about Bessie Stringfield, the first African-American woman to travel solo across the U.S. on a motorcycle. (Feb. 5) 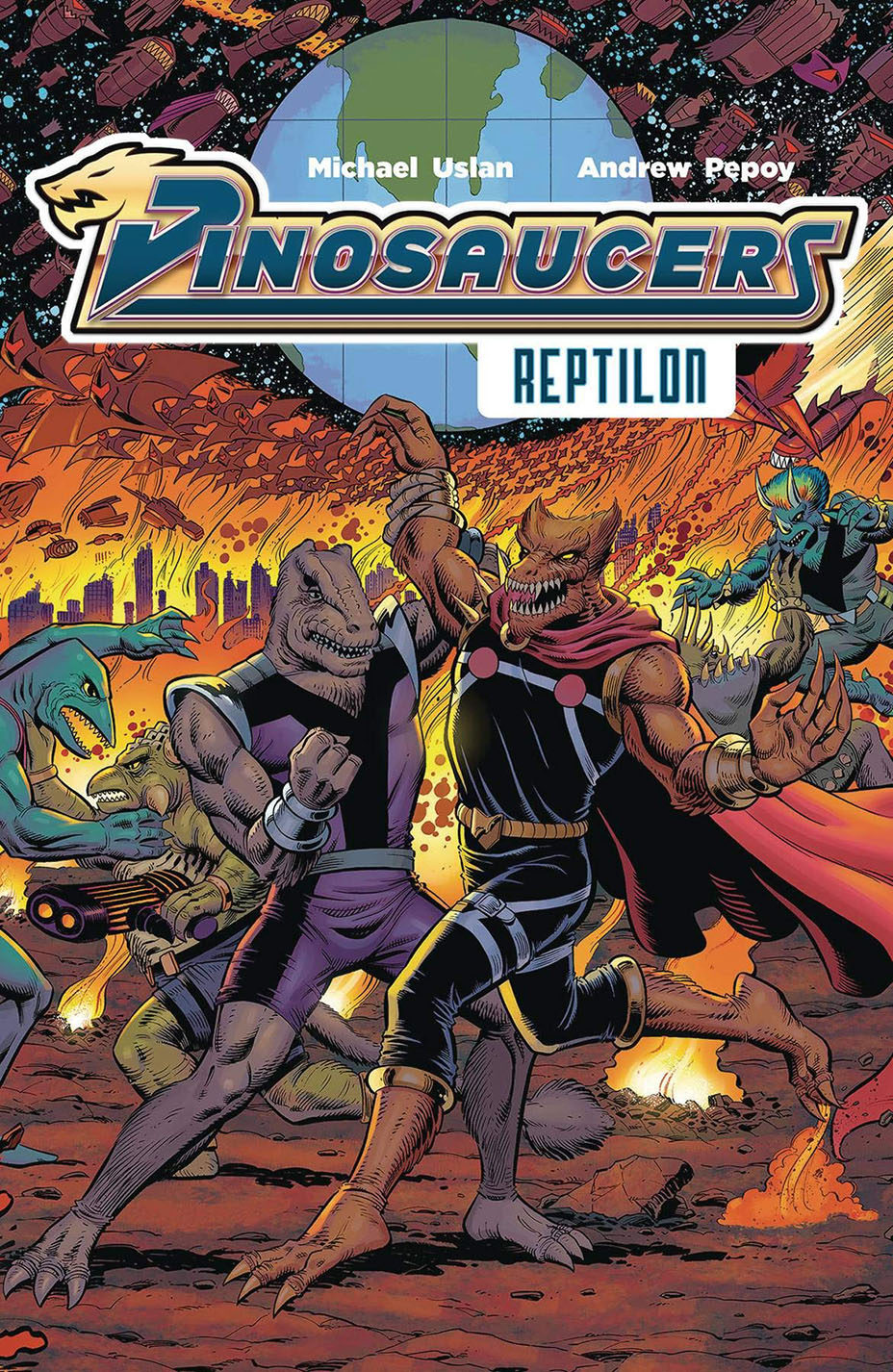 Earth becomes the focus of an ongoing war amongst aliens resembling dinosaurs with advanced technology. Caught between an army of flesh-eating despots determined to use humanity as its newest food stuff and a group of rebels hoping to stop the carnage, what hope does a team of young hackers have of saving the day? (Feb. 26) 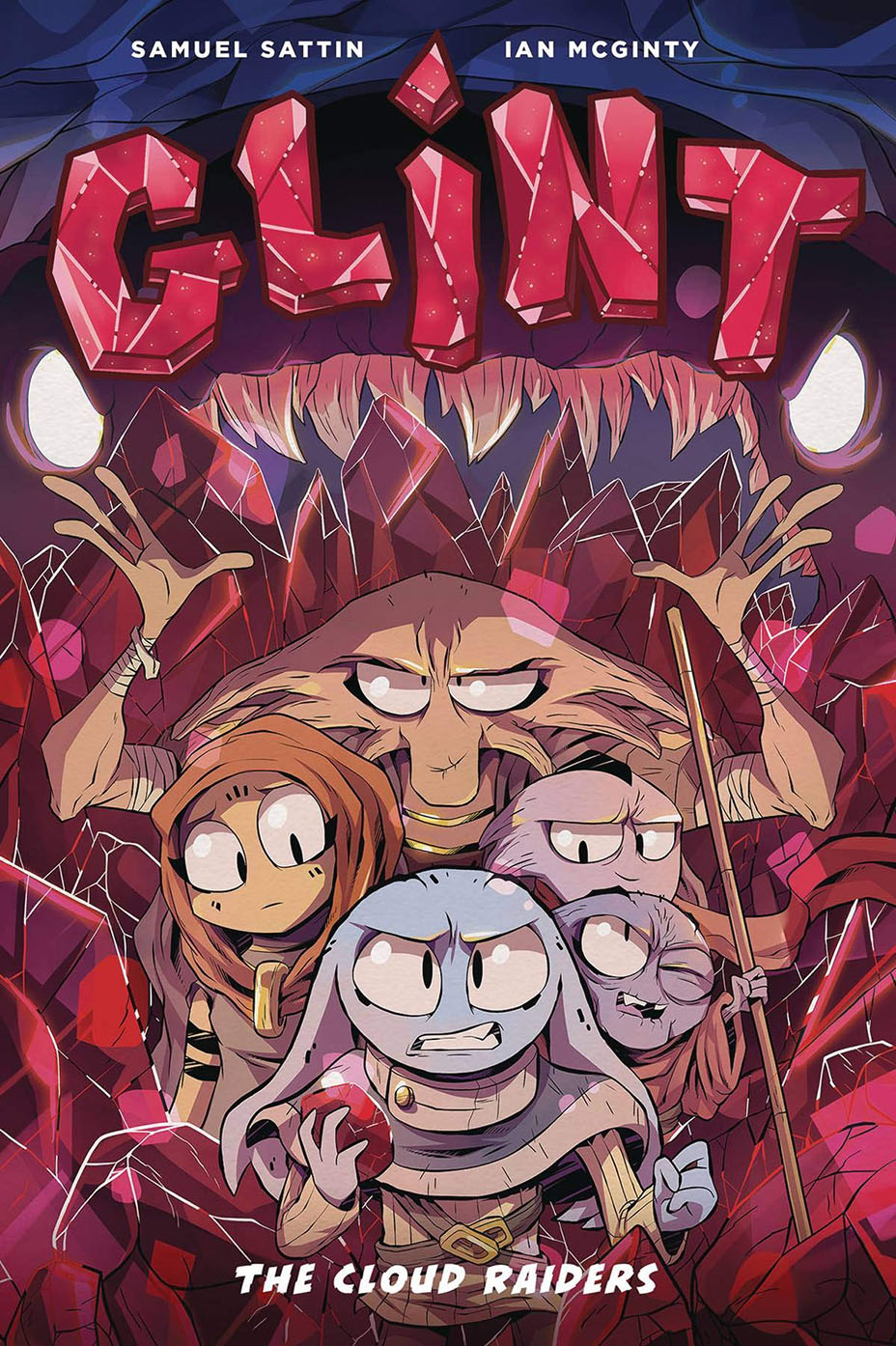 The opening of a fantasy series about Loon, a mine worker with dreams of a better life who gets caught up in a conspiracy that he doesn’t understand but may be the only person with a chance of unraveling. (Mar. 12) 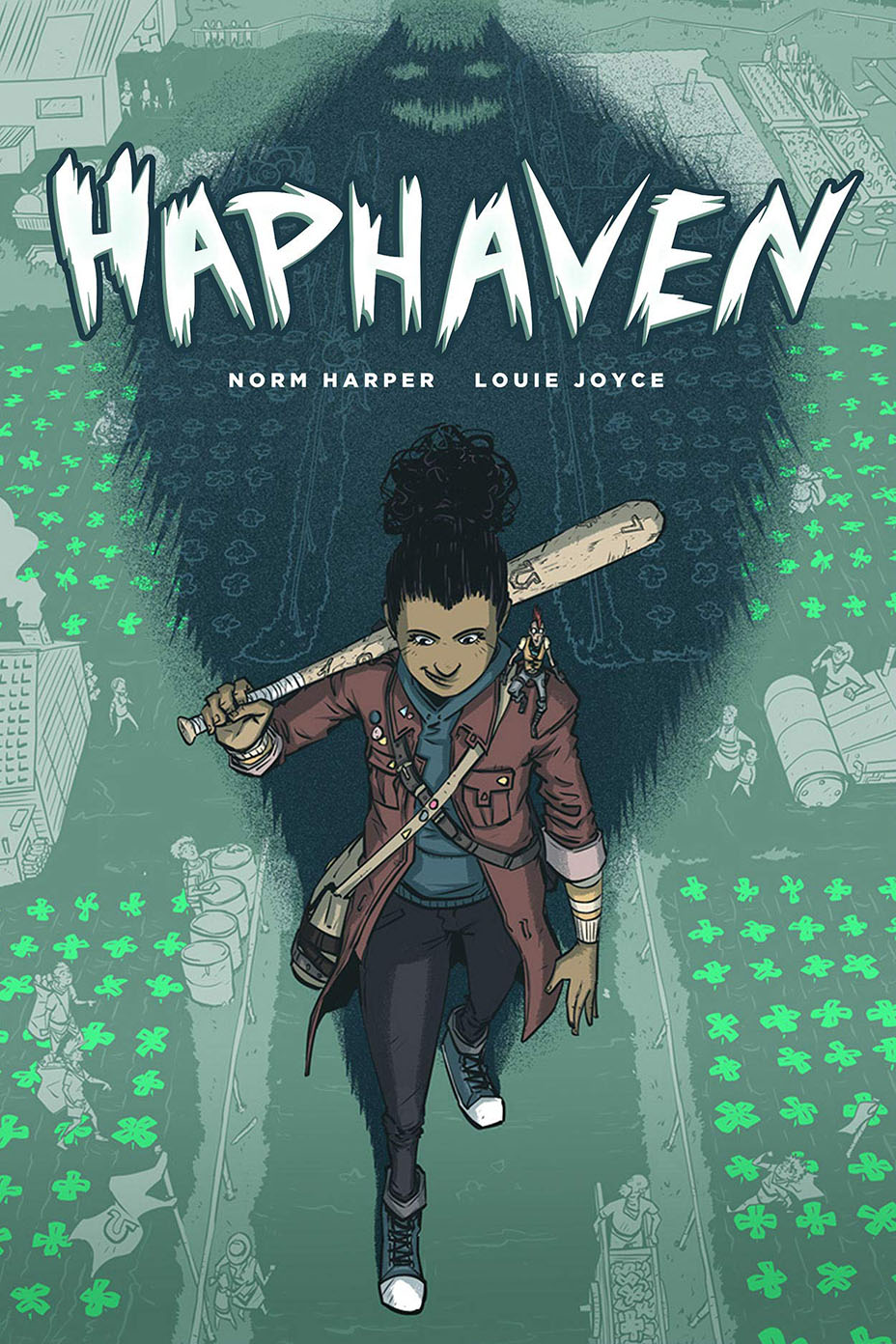 In order to save her mother’s life, Alex has to break her superstitious streak to journey to the end of the rainbow and discover Haphaven, a world where all superstitions gain their power. But doing so will reveal a family secret she never suspected. (Mar. 19)

Rise of the Zelphire Book 1: Of Bark and Sap by Karim Friha 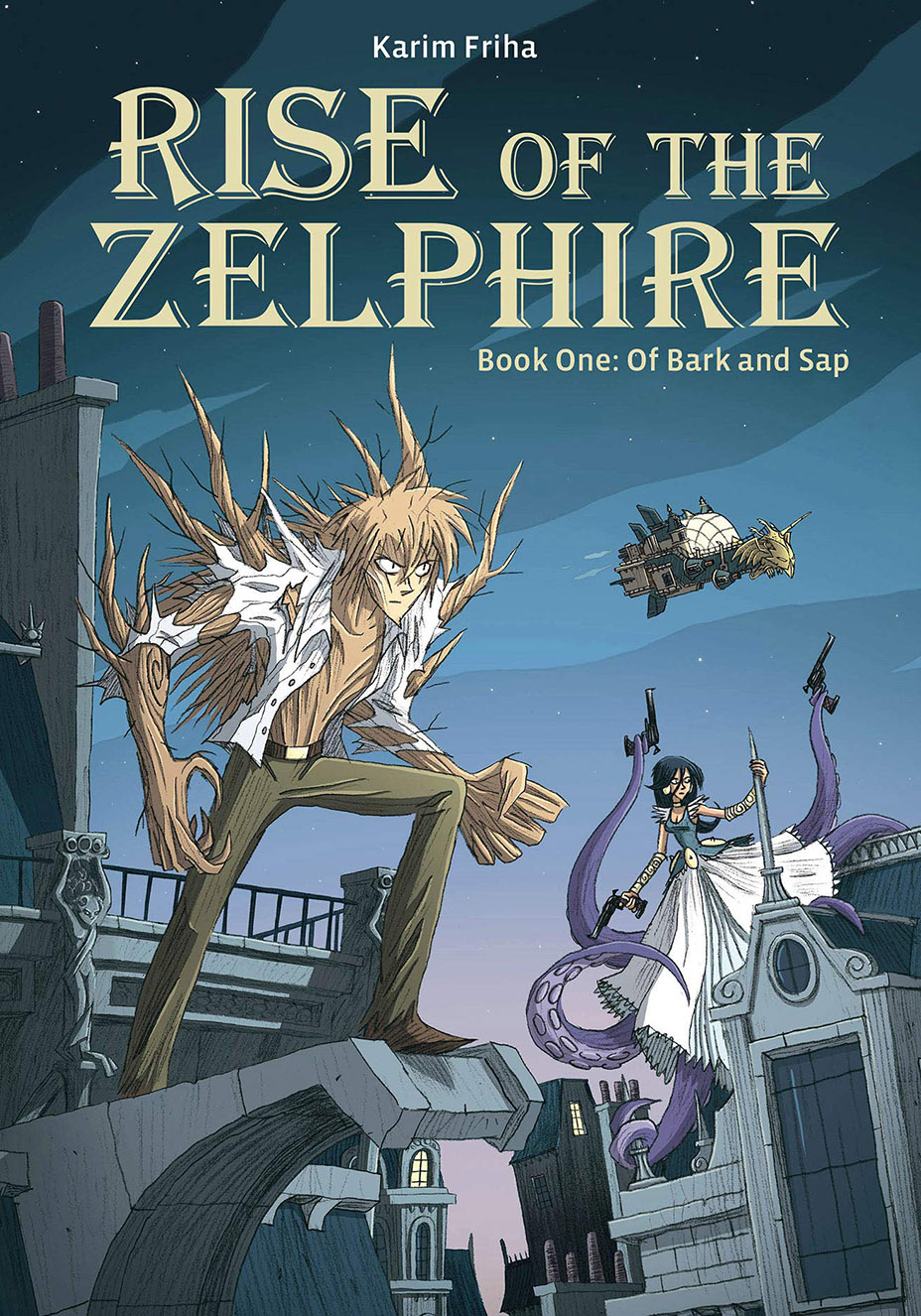 When a young boy starts developing a mysterious condition that looks like tree-like features growing on his body, experts can’t explain it — aside from one, who claims that it’s related to the awakening of a supernatural spirit inside his body, provoked by childhood trauma. (Mar. 26)

Stiletto No. 1 by Palle Schmidt 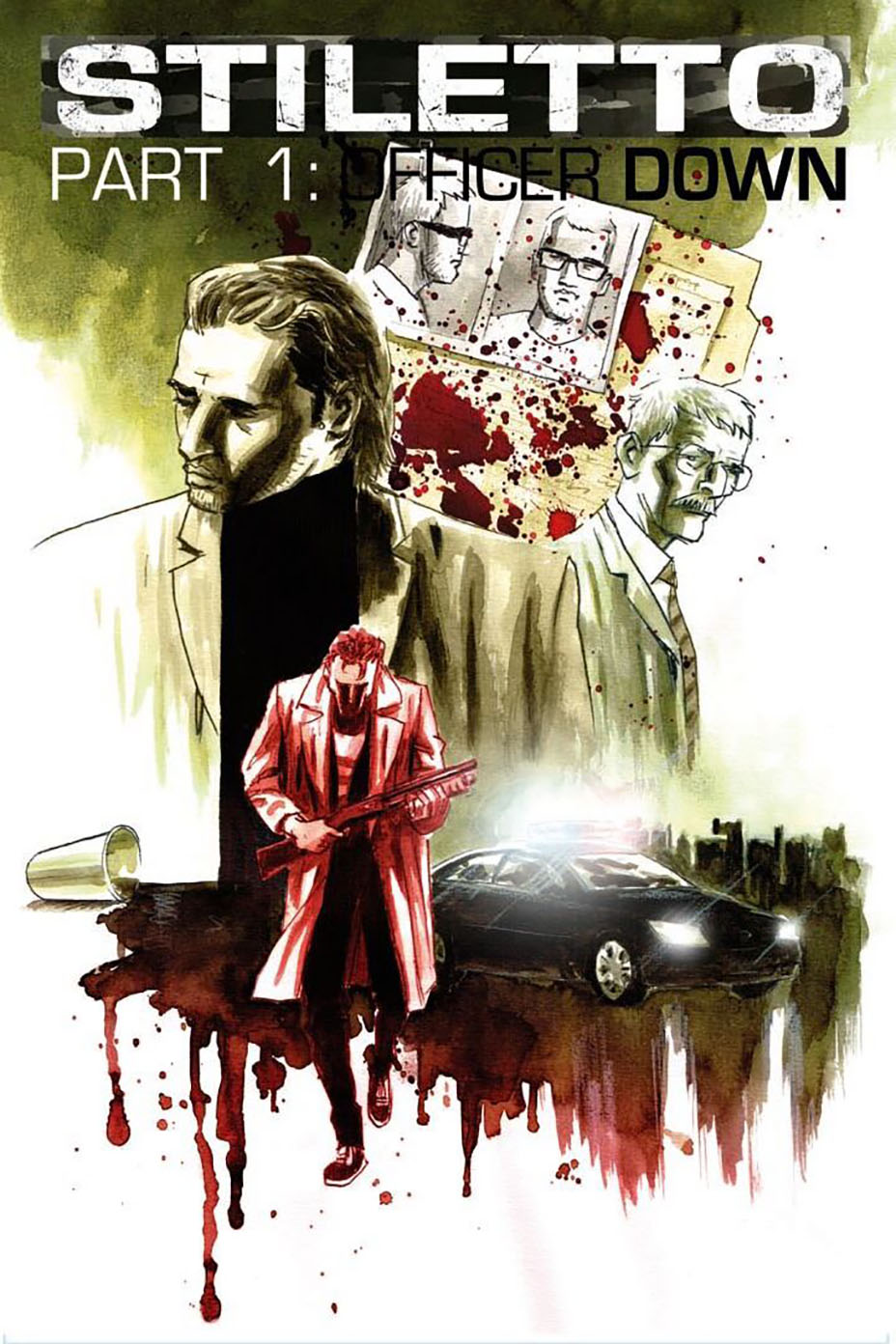 A new English translation of the critically-acclaimed crime story that pits two detectives against a murderer of police officers guarding an important witness — an investigation that will uncover a leak within the police department known only as “Stiletto.” (Mar. 27) 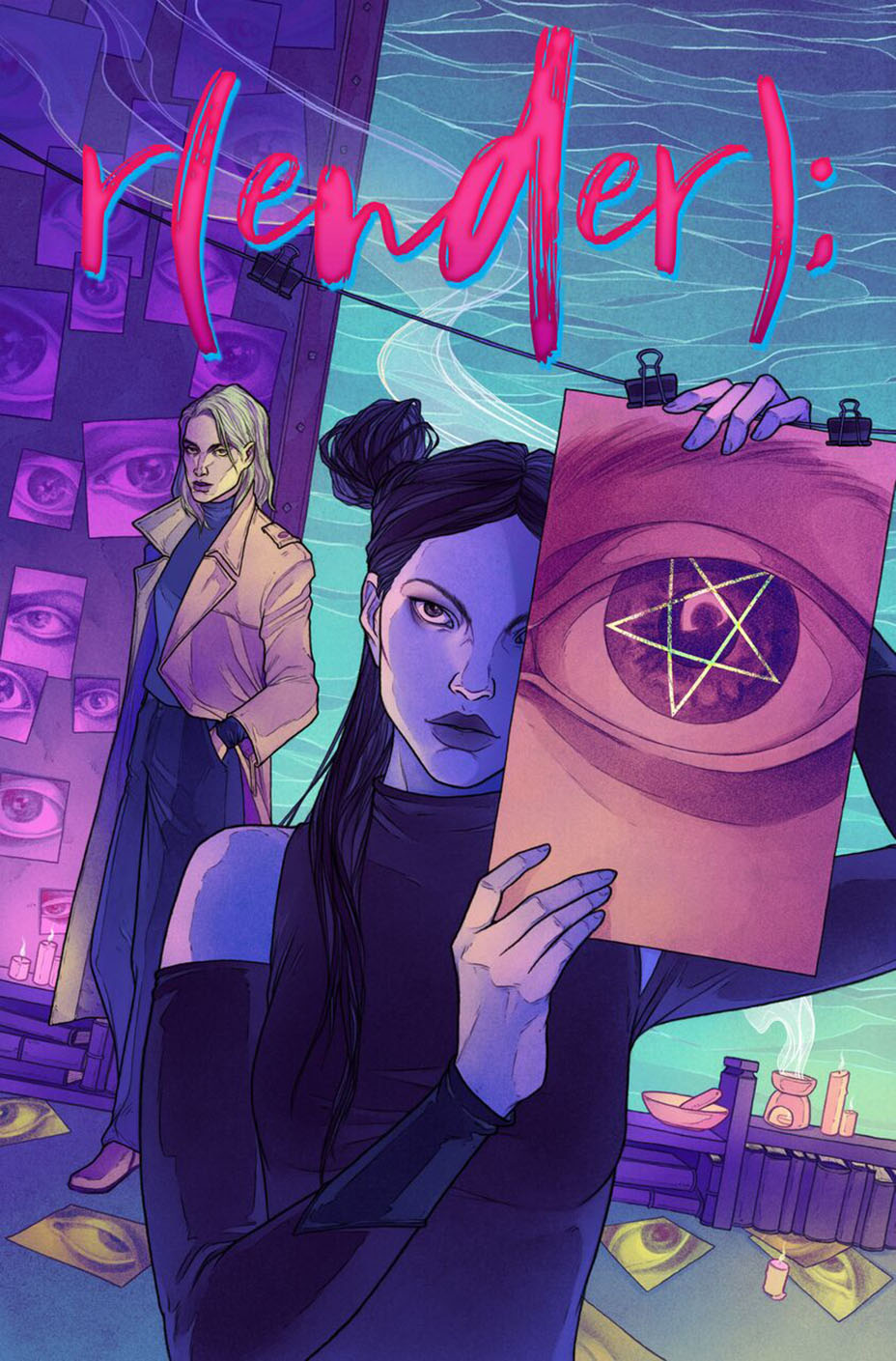 As previously announced on THR, a new comic book series in which a photographer can share the last thing people have seen before they die, described by writer Williams as “X-Files, but lesbians and magic.” (Apr. 3) 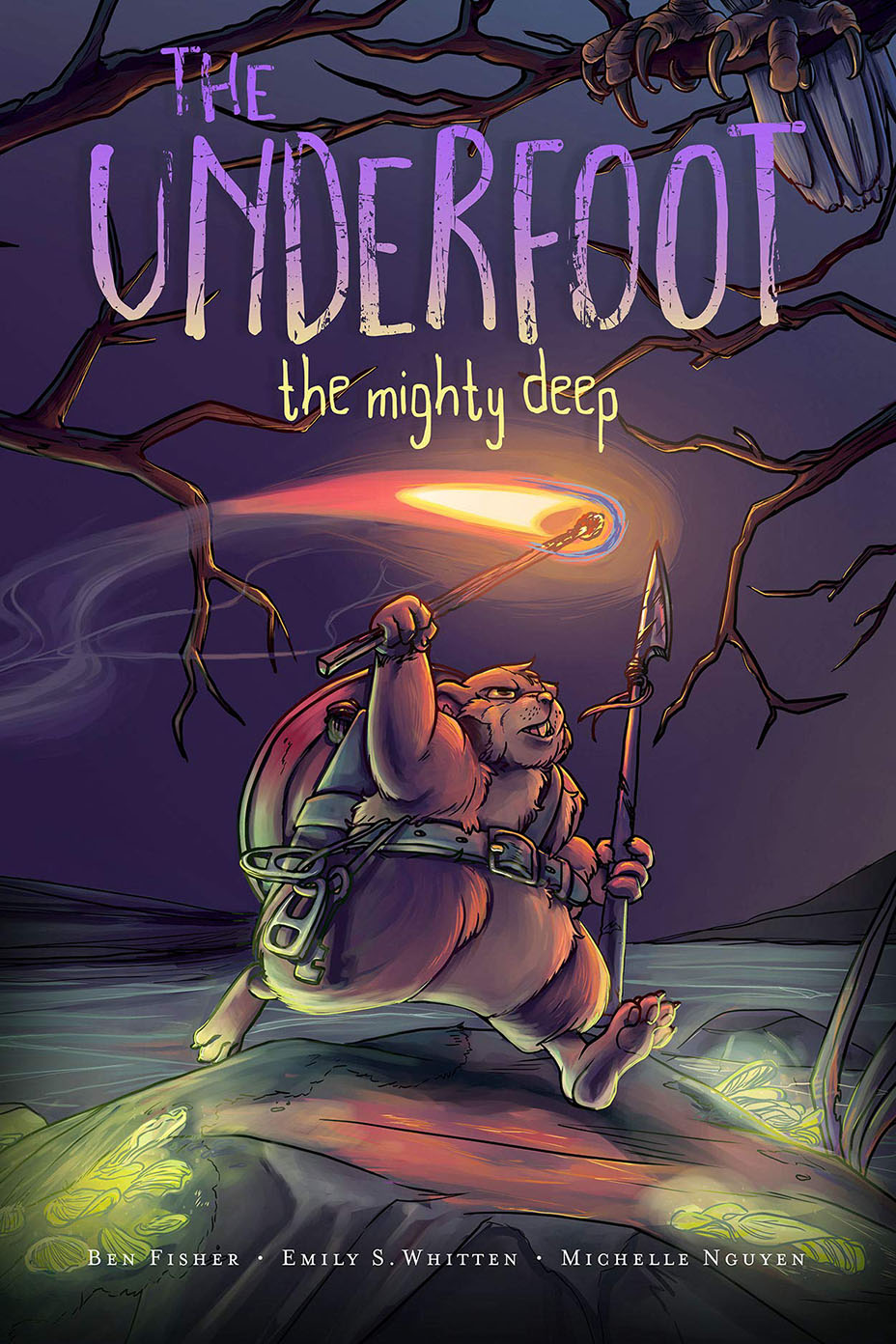 What happens after the disappearance of “the giants-that-were” — and how a group of genetically modified hamsters can stay alive in the post-apocalyptic landscape they find themselves in — is at the heart of this anthropomorphic fantasy. (Apr. 23)

The Ballad of Yaya Book 1 by Jean-Marie Omont, Zhao Golo and Patrick Marty 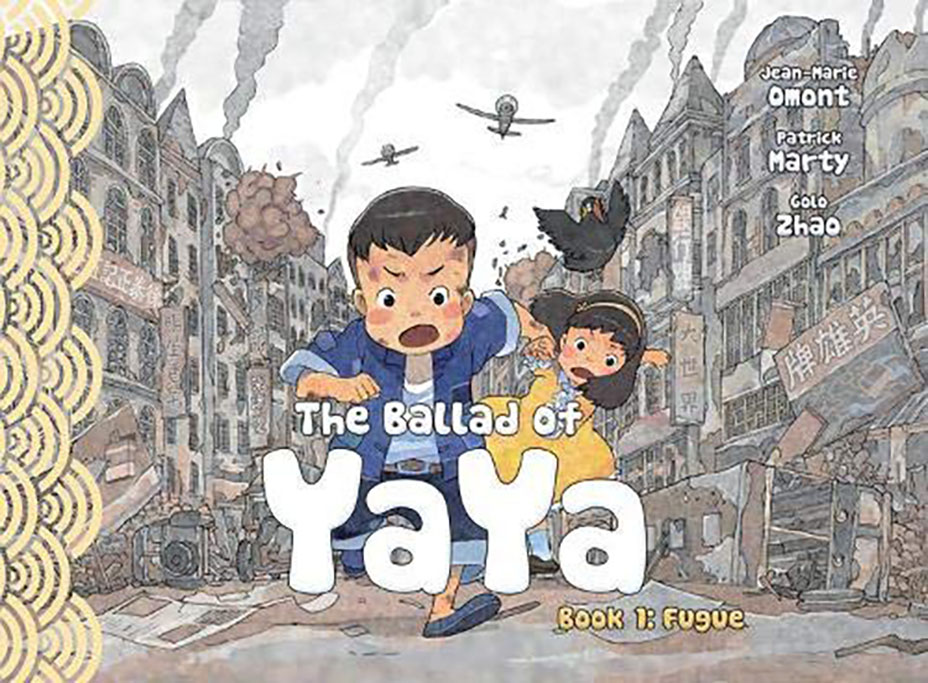 An 8-year-old runaway and her friend work to return to the girl’s parents, even as the world around them falls into war and they find themselves pursued by a ruthless outlaw determined to use the children for his own benefit. (Apr. 23)