Even though they were in different parts of the world (and were juggling new projects, rehearsals and a newborn), Rachel Weisz, Emma Stone and Olivia Colman made sure to congratulate one another after each receiving Oscar nominations for Yorgos Lanthimos’ The Favourite. “We have a group text,” explains Weisz, 48, who plays the consigliere and lover to Colman’s Queen Anne and nemesis of Stone’s royal court upstart. The actress and new mom (with husband Daniel Craig), who won an Oscar in 2006 for The Constant Gardener, talked with THR about Lanthimos’ directing style and shooting an 18th century pistol.

What has been your favorite audience reaction to your character?

What has been interesting is, in relationship to my character, people have responded to her in very different ways, which is a testament to the complexity of it. Some people have more empathy with her than others. It’s radically different, people’s sense of who she is. People say, “Oh, you clearly love the queen,” and some people say, “No! You manipulated that queen!” People are so certain they are right, and I love that.

What will you take with you from The Favourite on to other productions?

Period-gun shooting, I guess I won’t. I won’t likely have to shoot a gun from 1708 again. The way in which Yorgos works, where you don’t analyze things or talk about them too much. I believe that that can be a really good recipe, but it depends on the director.

How would you describe Yorgos’ directing style?

He directed everyone quite intensely, but at the same time he is very gentle. He is very un-verbal. He really watched how actors unfold the performances in front of him and then nudges you. It is hard to explain how he does what he does because he says very little. It’s a bit like every take is like jumping off the edge of a cliff but in a good way.

Did you have a favorite scene to film?

The dance scenes I loved doing. I have never danced profession­ally before. 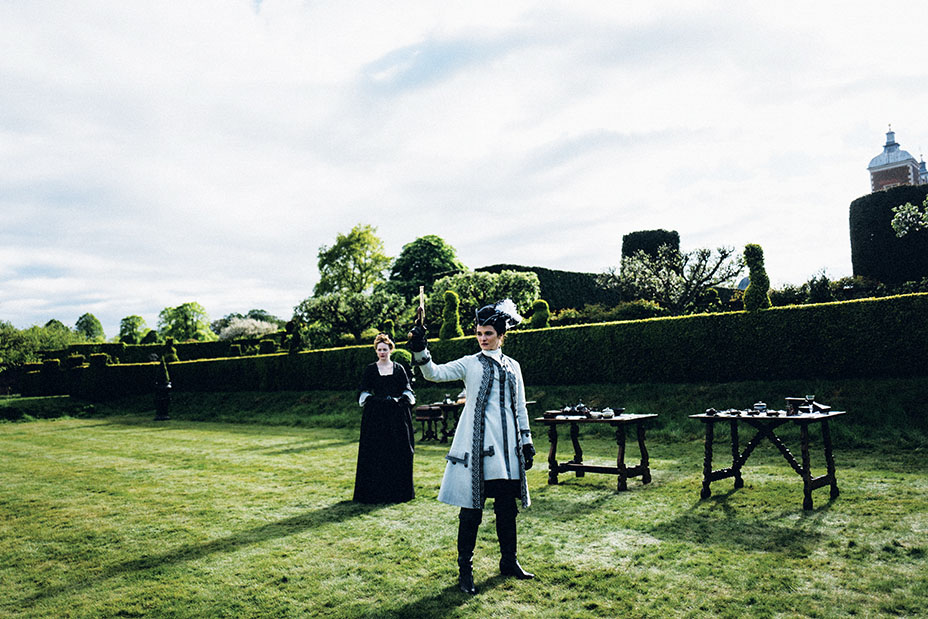 What does it mean to be nominated for this movie, specifically?

I am incredibly proud of this film because I see the three protagonists as being part of an ensemble. And I think Fox Searchlight was quite brave to make a film with three really complicated female protagonists. It’s doesn’t happen every day, sadly.

Which of your cast and crew would you want to take a road trip with and to where?

Both the ladies. It would be hard for me to pick one, so Olivia and Emma, and we would road trip through the desert in Arizona.

What has been your saving grace this awards season?

Having a newborn baby is pretty grounding. It is a reality check at all times.