After Raf Simons referenced the opioid crisis in a daring men’s collection  Wednesday and Tom Ford, Adam Selman and Jeremy Scott gave us ‘80s flashbacks with acid greens and zebra prints Thursday, there was a return to calm on the women’s runways at New York Fashion Week on Friday — well, as much as possible when every headline reminds us that the #MeToo moment is far from over and the gender battle lines are still being drawn.

Tory Burch set her fall 2018 show under the vaulted ceiling of Bridge Market near the Roosevelt Tram, planting a field of carnations for models to tiptoe through. The name of her floral paisley seasonal print — “Happy Times” — was certainly apt, because lord knows we need some. 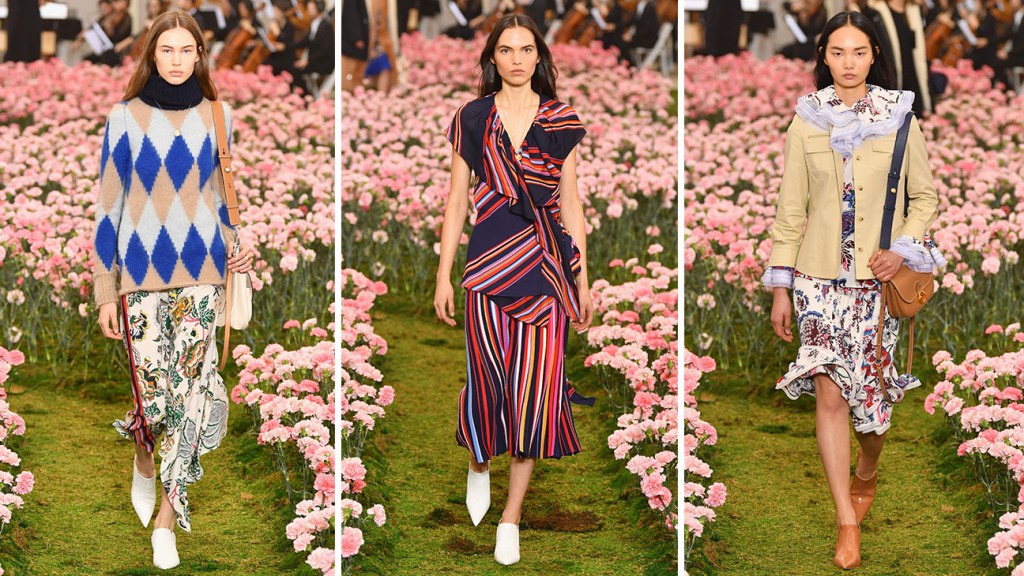 Combining the French flourish of the Chloe girl with practicality of American sportswear, Burch turned out one covetable look after another — a georgette “Happy Times” print silk skirt worn with a cozy camel-and-blue argyle sweater; a soft ruffled georgette dress with a high neck under a sturdy corduroy blazer in the season’s “it” color, goldenrod; a denim and lace sack dress; and a striped poncho worn with denim flared pants with snap details. Sturdy outerwear, from a curly shearling coat to a tech canvas parka, made the perfect contrast to the feminine layers.

And, standing out like a blaring reminder of the political moment, was a power pink dress with a pussy bow, a symbol requiring no explanation that was much more potent than the silly, glitter-covered “Pussy Power” purses Tom Ford showed Thursday, in what seemed like a #MeToo afterthought.

Talk about a statement accessory https://t.co/hyenJRCJ0d

Burch has really upped her game the last couple of seasons, and these clothes deserve a spot in chic working women’s wardrobes next to those by Isabel Marant, Celine, Stella McCartney and any number of European brands. The accessories are on their way up, too — Burch’s shoe boots, shown with every look, are a shoo-in to be one of the season’s must-have styles. 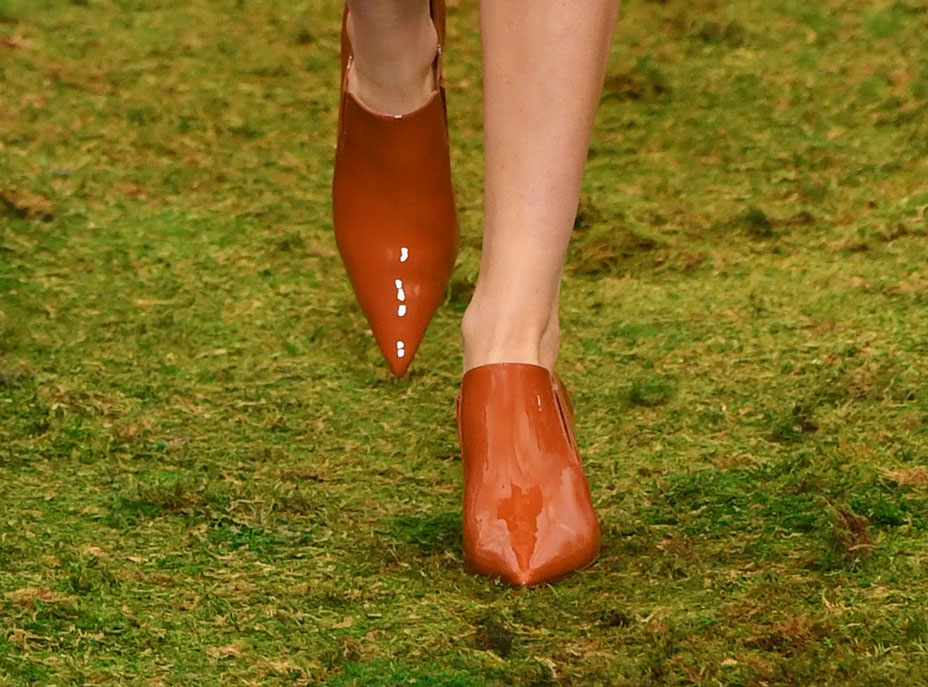 Downtown at fashion week’s new hub at Spring Studios, a pair of collections seemed to channel femininity through today’s ever-changing lens; they were sexy and sweet, but also a little rough and tough.

Jason Wu, who skyrocketed to fashion fame when he made Michelle Obama’s 2009 white inauguration gala gown, and dressed the former first lady on several other occasions, opened his collection with a powerful statement: a black crinkled silk blazer cinched over a transparent tulle skirt dotted with crystals. It suggested sexuality and strength, a throughline in the collection, which was anchored in a long, languid silhouette and included lots of crinkly, irregular pleating and raw edges, for a slightly deconstructed, undone look.

From the pink sleeveless top with twist detail over a matching pencil skirt; to slightly cropped tops over skirts, showing a hint of skin; to the long green, liquid silk robe coat (robe couture: it’s a thing, people), there was lots for women to wear on the red carpet and off. I loved the fishnet turtlenecks underneath some of the looks, which managed to be both revealing and concealing at the same time, as well as the Swarovski crystal cluster details and jewelry.

Brock collection, the up-and-coming label that is fast becoming a red carpet favorite (Kate Bosworth wore a white lace Brock gown with sculptural ruffle to the Critics Choice Awards and Margot Robbie a romantic floral corset dress to the L.A. premiere of Peter Rabbit) seemed also to acknowledge the darker side of romance with raw edges and trailing velvet ribbons. “It arcs from the poised to the undone,” the husband-and-wife designers Kristopher Brock and Laura Vassar wrote of romance in their show notes. 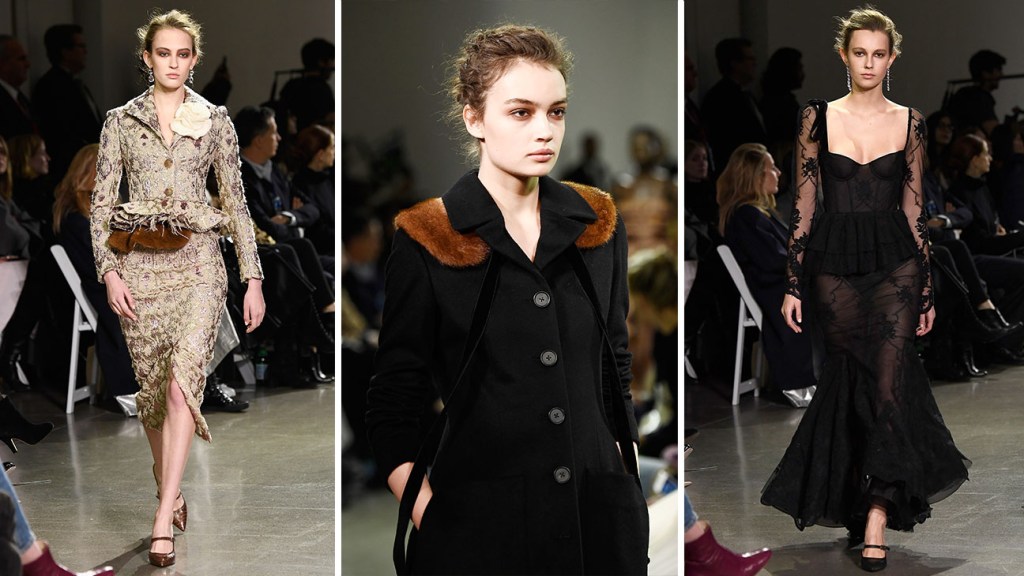 Although many labels (Michael Kors, Gucci, Tom Ford, sort of) are ditching fur, Brock made use of fur sponsor Saga to add mink details to its collection. A discreet mink belt bag was perched just underneath a gold brocade peplum jacket, worn with a pencil skirt, while fur epaulettes decorated a long black frock coat.