After the cancellation of SXSW and postponement of the Tribeca Film Festival due to the coronavirus pandemic, a slew of once-festival-bound indie features are working to not get lost in the shuffle. Screening sites and the possibility of virtual marketplaces are buoying the hopes of indie filmmakers, while sales agents have been in contact with streaming services that are showing interest in acquisition titles amid an industry-wide halt on productions.

They house decidedly smaller markets than TIFF or Sundance, but SXSW and Tribeca widely service the ultra-independent film community. “It just felt right for their ethos,” says filmmaker Noah Hutton, whose film Lapsis was set to premiere in the narrative feature competition section of SXSW. “It is a really independent-spirited project, with no big names in it and just a band of people that came together to get it made.”

Lapsis does not have a sales agent, so Hutton was hoping that screening in the Austin fest’s top competition section would lead to interest from buyers. When news came that the fest would be canceled, Hutton, who had previously premiered two documentary features at the fest, and his fellow narrative competition filmmakers started an email thread to crowdsource next steps. Several filmmakers had plans to screen their festival films for buyers in New York and Los Angeles screening rooms — a plan that was quickly ruled out as the cities have enacted varying degrees of home-isolation efforts.

For many filmmakers and sellers, the choice has become to either send out screening links to their previously festival-bound films or wait months until another festival with a viable market is held.

Screening links have been used for years to supplement festival showings. Nonfiction films, comedies and genre features are the types of titles that have sold well virtually. But festival hype — from a flurry of positive reviews to buyers swayed by excited festival audiences to the frantic all-night bidding wars — is integral to the sale of certain titles, industry insiders note. And buzz is hard to build in self-isolation. “Films that we do believe need a traditional theatrical release or need those reviews to help highlight the films’ strength for buyers or films that skew to a more sophisticated audience, we need to take a beat,” explains one top agency sales rep.

“We just don’t have the luxury of waiting to try and create that experience,” notes another longtime seller, who had a several features bound for both SXSW and Tribeca. “We are thinking that films that would work for television or streaming, there is definitely no hesitation to screen films for buyers from those outlets.”

As productions halt and state-mandated shelter-at-home orders continue to proliferate, a demand for new content to fill platforms will have to be met. The sales agents that spoke to The Hollywood Reporter noted that they each had been in contact with the major streaming services — like Apple TV+ and Amazon — about a possible increase in their purchase of acquisition titles given the current indefinite halt in production. 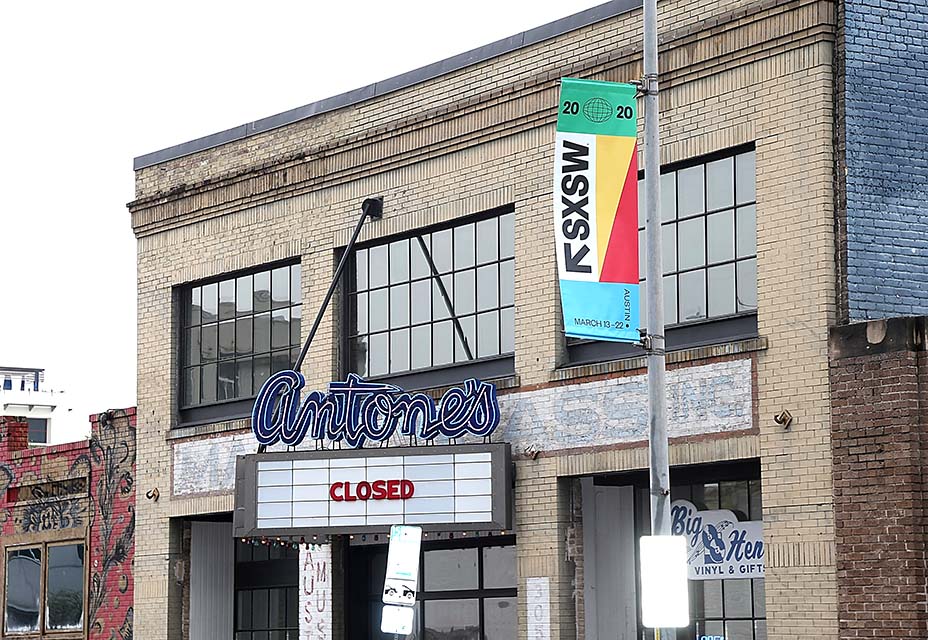 But the worry within the indie film community is that streamers will look to the major studios — whose own films have been delayed due to theater closures — first. That was the case with The Lovebirds. A week after being pulled from its April 3 release date, Netflix picked up the comedy from Paramount. (Valence Media, the parent company of THR, also owns MRC, which produced The Lovebirds.)

But efforts are being made to fill the virtual screening void. “We would hate to see filmmakers that spent all these years on their films not get any eyeballs on their [movies],” says Richard Botto, the CEO of Stage32. Launched in 2011 as a social networking site for industry professionals, the platform is now offering to screen films — both short and feature length — that were set to premiere at SXSW and Tribeca, as well as other canceled festivals. Filmmakers will have a choice to post the film publicly or privately — free of charge — with the latter being available to the platform’s members that Botto says includes distributors, buyers and sales agents, as well as managers and agents.

Botto adds that over 35 SXSW projects have committed to screening on the platform and notes that they have heard from over 700 filmmakers and 40 film festival directors of canceled or postponed festivals worldwide.

Hollywood is already adapting for future festival markets. Led by CAA, agencies and sellers are floating the idea of a virtual marketplace for the titles set for the now-postponed Cannes Film Festival and the attached Marche du Film. (The virtual market is in conjunction with the festival and will coincide with whatever the new date ultimately turns out to be, according to a source with knowledge of the situation.)

As for Lapsis, Hutton and his producers have decided to house the movie on Shift72, the official secure online screening library used by SXSW. The platform has been in place since 2017, but the fest’s director of film, Janet Pierson, notes that it was less popular in years past, saying that “the trend has been away from screening libraries.” Given the circumstances, Shift72 was used to screen the festival’s competition title for judges, and simultaneously allows filmmakers to choose if their titles can be made available to press and buyers.

“We have a film that really resonates with what is going on in the world in a meaningful way,” Hutton says of Lapsis. The sci-fi movie is set, coincidentally, during a time when a widespread, mysterious illness is keeping people at home. But Lapsis filmmakers are still working on a potential screening plan for buyers. Surmises Hutton, “The baseline for filmmakers, now, is uncertainty.”

Still, some hope that the independent film sales titles will benefit from a uniquely captive audience. Notes a seller, “A lot of people are home and are going to be home for the foreseeable future. They are going to have time on their hands to watch films and the good news is that we have a lot of finished films.”

This story first appeared in the March 27 issue of The Hollywood Reporter magazine. Click here to subscribe.