Filming in Los Angeles is on the decline.

According to a newly released FilmLA report, on-location shooting in the Greater L.A. area is down 9 percent in the first quarter of 2019. The cause for the drop is a simultaneous slowdown in feature, television and commercial production.

In total, filmmakers logged nearly 8,843 shoot days from January through the end of March, compared to 9,724 last quarter. Despite the drop, FilmLA’s Research group expects local filming levels — which reached near-record highs last year — to ramp up as the year progresses.

“We’ve identified several factors contributing to the slowdown, and in our view, they are not a cause for alarm,” said FilmLA president Paul Audley. “Despite 2019’s slower start, we continue to expect that this will be among the most productive-ever years for on-location filming in Los Angeles.”

Feature film production, specifically, decreased 13 percent in the first quarter, down to 708 shoot days. FilmLA attributes the drop to the fact that only one project brought to L.A. by the California Film & Television tax credit program has filmed on-location since January, as other incentivized projects wrapped by year’s end. However, there are many new films poised to start shooting in the state soon, so FilmLA predicts that local feature activity will increase once they do.

“As always, we caution against inferring too much from a single report,” added Audley. “California and Los Angeles will continue to attract new film projects, because our creative workforce and support resources are unmatched in all the world.” 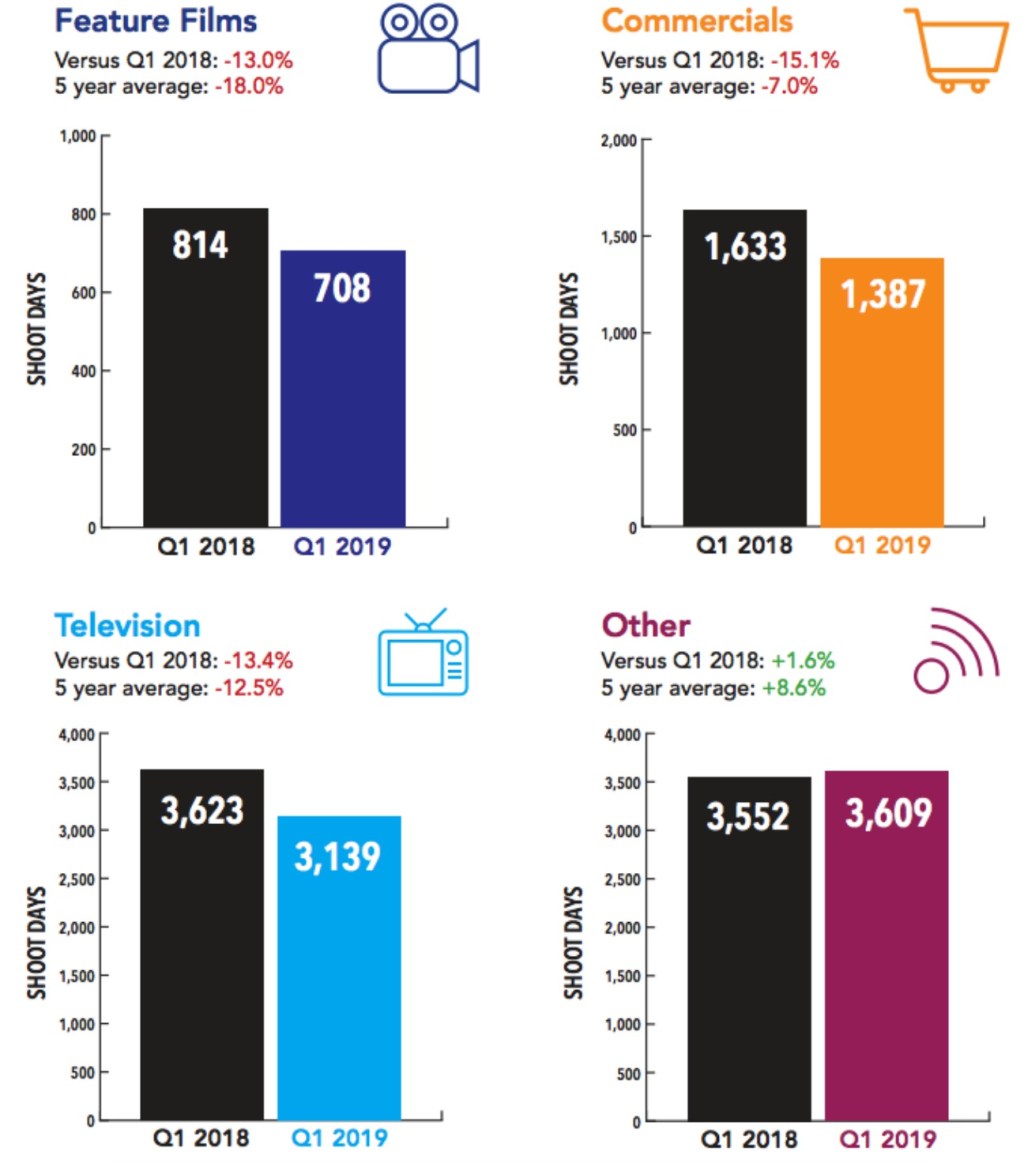