Every night for the past month, director Sean Baker has been carrying out a superstitious exercise ritual, one that is showing benefits … on his backside. The first time he committed to the exercise, he was “going into The Florida Project for a month leading up to production. I had to pull off 6,000 squats, and I did it by the first day of production,” explained Baker on the red carpet at the Palm Springs Film Festival Gala Jan. 2, held at the convention center. “I told myself that if I didn’t complete it, the film would be a disaster.”

It has been quite the opposite, as evidenced by critical and commercial success, so Baker did the good-luck ritual again, this time for star Willem Dafoe and his awards-season chances. “I’m doing it for this guy,” he says, nodding to gala honoree and Golden Globe nominee Dafoe, just steps away on the red carpet. To keep on track with his squats, Baker, 46, must complete 200 a night. “Sometimes it’s part of a routine, and sometimes it’s just me doing squats while I watch a movie.” 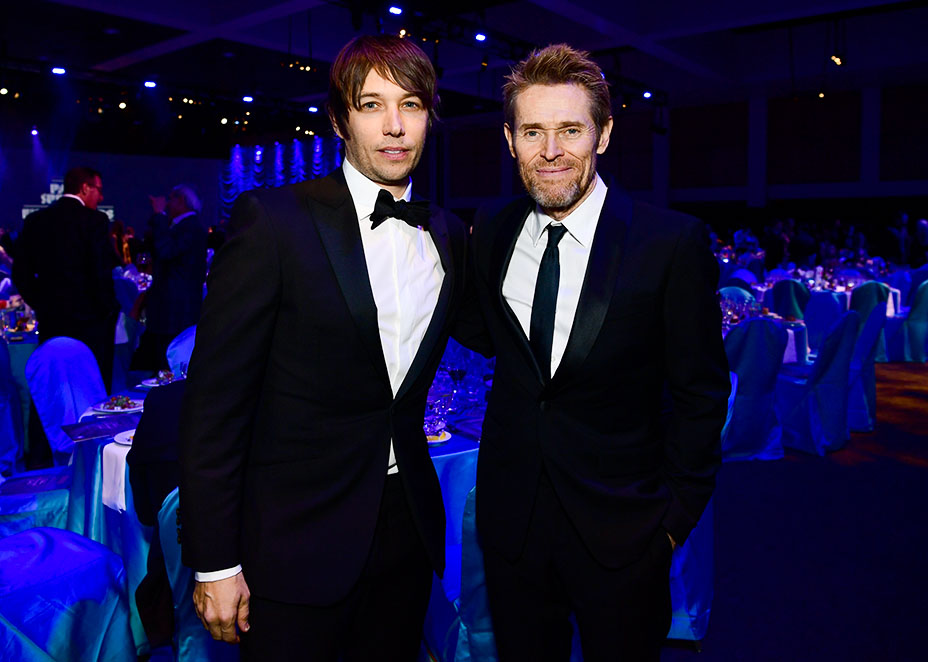 Movies were the subject of the evening inside the gargantuan venue. While presenting Dafoe his Icon Award for The Florida Project, Baker looked back to his first exposure to Dafoe’s talents — on VHS — in William Friedkin’s To Live and Die in L.A. Dafoe played Eric Masters and was “very naked,” Baker recalls. “He left an impression.”

Baker then detailed a story of Dafoe’s committment on the film when he refused to strap on a harness during a scene that required him to climb a 30-foot ladder. Producers refused to let him do it without, and Baker joked that Dafoe was likely still bummed out about the situation. Meanwhile, Dafoe summed up the entire event when he said this: “It’s been a nice evening. Long, but nice.” Sort of like doing 6,000 squats.