This fall, it’s time to Freak Out! — and color in — with the upcoming release of The Frank Zappa Coloring Book, a brand-new collection of interactive illustrations based around the life and work of one of America’s most unique musicians.

Fully authorized by the Zappa estate, the book by David Calcano and Lindsay Lee will feature 72 new pieces of artwork ready for coloring, complete with references, in-jokes and Easter eggs for Zappa enthusiasts from the “Valley Girl” fan to the hardcore “G-Spot Tornado” aficionado.

“There is no one like Frank Zappa, and there will never be anyone like Frank Zappa,” Calcano said in a statement about the project. “He carved his own genre with pure genius. Every record he did gave us a different experience, that was our main inspiration for this book, let your imagination free and color while listening to Zappa music… What’s better than that?”

Betty Sturm, Actress in 'The World's Greatest Sinner,' Dies at 89

Zappa first came to public attention with the release of the 1966 album Freak Out! with the band Mothers of Invention, followed by the critically acclaimed We’re Only in It for the Money two years later. Across the next three decades, he would continue to release a number of albums — including Weasels Ripped My Flesh, Joe’s Garage and Jazz From Hell — while continuing to innovate and confound audiences with each new move. Zappa was inducted into the Rock and Roll Hall of Fame in 1995, two years after his death.

“I’m blown away,” said Ahmet Zappa, one of the late musician’s sons. “This entire project brings the biggest smile to my face. People who don’t like coloring books, I fear, are dead inside. I’m so happy the Zappa Coloring Book exists, and I worship David Calcano and his team at Fantoons. They make everything better.”

The Frank Zappa Coloring Book, which is set be released in bookstores Nov. 5, is the latest for Fantoons, the publisher responsible for the upcoming Rush graphic novel The Making of Farewell to Kings, as well as the Motörhead-themed seek-and-find book Where’s Lemmy? 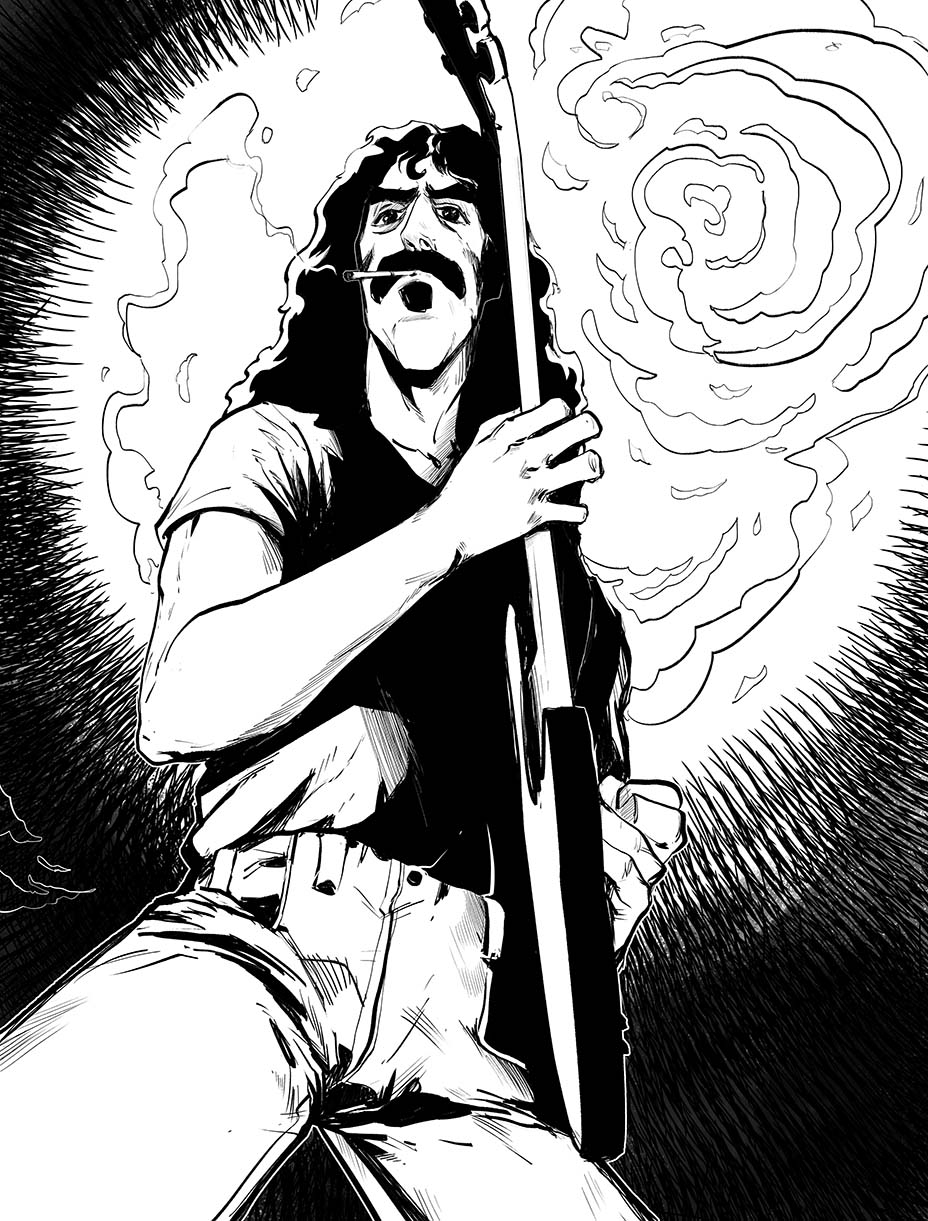 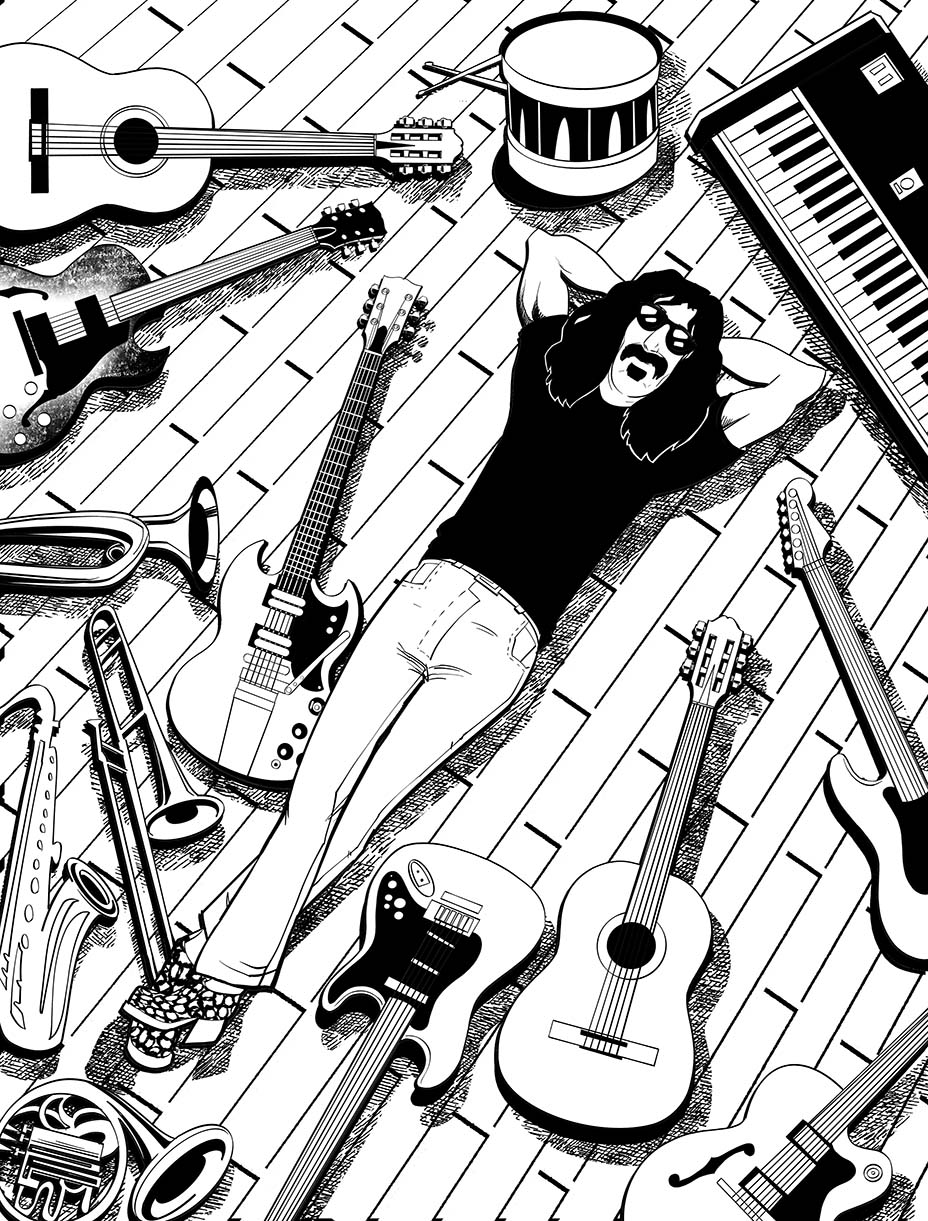 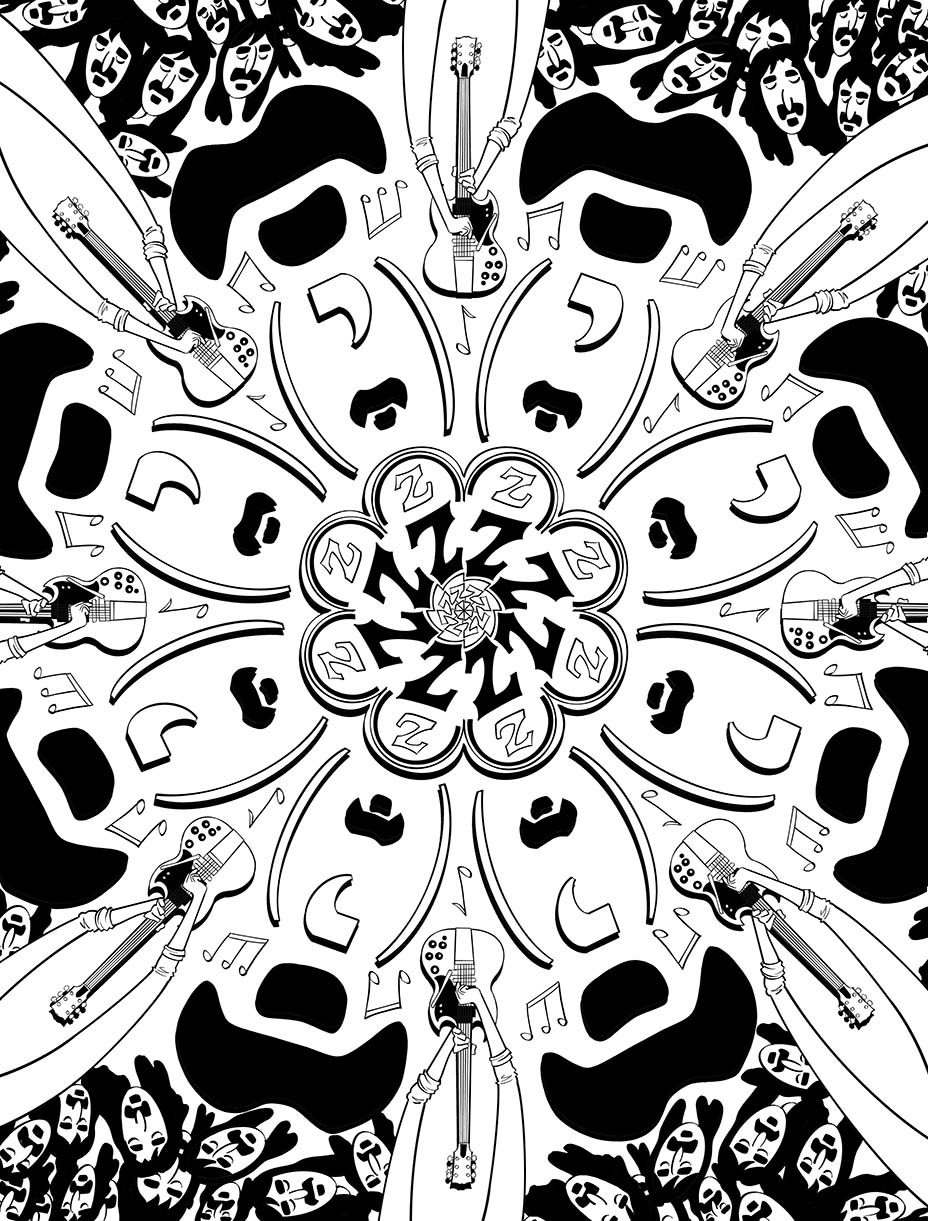 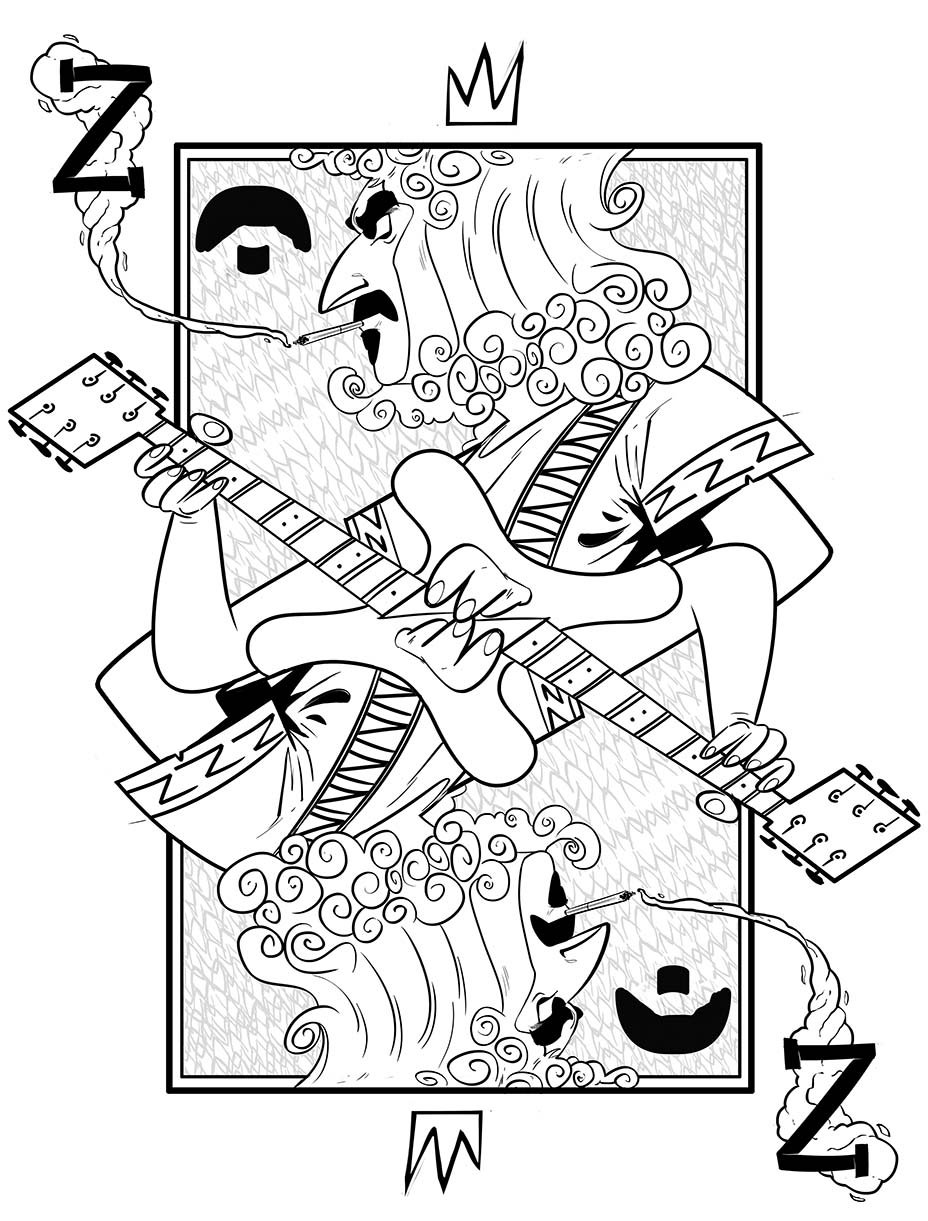 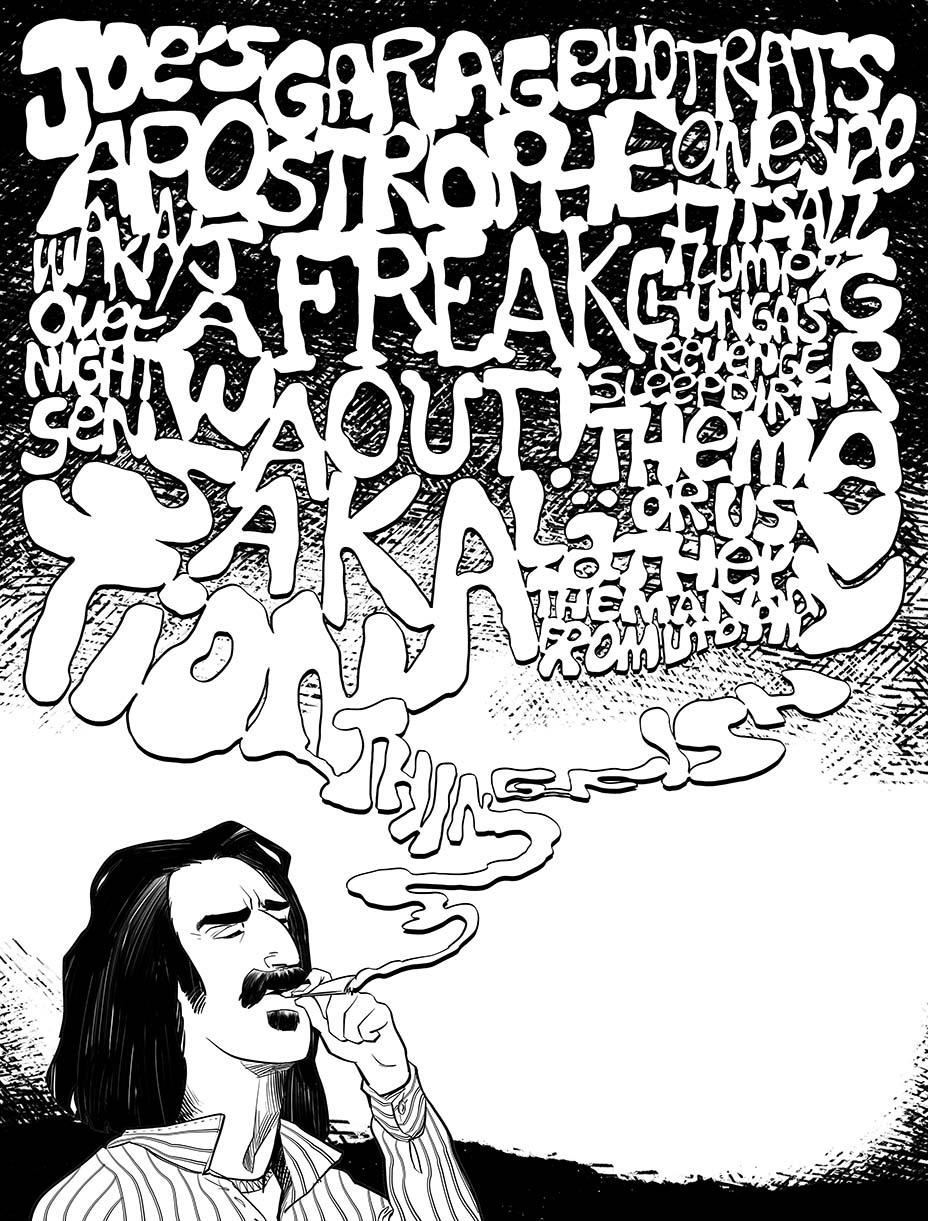 This story has been edited to correct the book’s publication date, which had originally been incorrectly provided by the publisher.