There were tears, Tony winners and a fundraising tally that topped $1.35 million on April 11 when Richard and Demi Weitz took their pandemic phenomenon “RWQuarantunes” to the East Coast for a special Broadway outing inside the New Amsterdam Theater.

Sunday’s fundraiser, a reteaming with Broadway Cares, delivered the duo’s fourth on location Zoom concert event following previous outings at the Hollywood Bowl, Ahmanson Theatre and Dodger Stadium. However, the timing of this one happened to coincide with the one-year anniversary of “RWQuarantunes” which made for a series of emotional moments as the father-daughter were able to reunite with stars and collaborators that have helped them power to more than $22 million raised spread across more than 40 organizations. And they did so from a major Broadway venue as the lights on the Great White Way start to flicker after being dark for more than a year due to the devasting COVID-19 pandemic.

'Mr. Malcolm's List' Team on the Magic and 7-Year Journey Behind Regency Rom-Com

“From our kitchen to Broadway,” said Richard in kicking off the show, this after an amusing and well-produced intro video that tracked the pair as they tried to enter a slew of venues from the Minskoff Theatre to the Jacobs Theatre. All doors were locked until they happened to bump into Tony winner James Monroe Iglehart on the street. He played Genie in the original Broadway production of Aladdin and, after a brief bit of cajoling, was able to work his magic and grant the Weitz’s wish of seeing their name in lights and accessing the New Amsterdam. “I would definitely say we have stepped it up. This is our one-year anniversary and it’s just thrilling.”

Richard said it had been a dream to steer the series amid “the worst time in all of our lives,” with the upside being that he did it all alongside his daughter. She was 17 when it started and is now 18 and heading to Stanford University in the fall, a special announcement he made during the show. There were other surprises. “We have things that are going to blow your socks off,” teased Richard, who also toasted a birthday over the weekend as he turned 52.

But even he and Demi seemed blown away after watching a sizzle reel that recapped their journey as it featured a parade of performers, politicians, media appearances, dozens of headlines and a poem recited by overnight superstar Amanda Gorman. After the clip, both Richard and Demi were wiping away tears with Richard offering, “One moment after another was so emotional for me.” 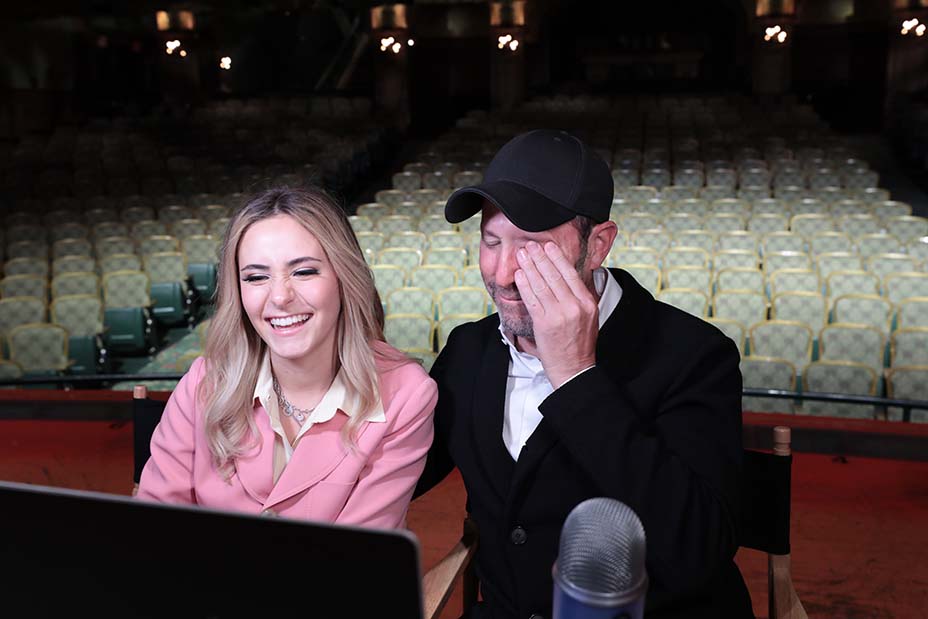 In typical “RWQuarantunes” fashion, the program was packed with stars and it went on for hours, once again produced by Kerry Brown and his Rolling Live Studios. When it was all wrapped up, more than $1.35 million (and counting) and was raised for the cause, which will help Broadway Cares continue to fund COVID-19 relief and support out-of-work artists in partnership with the Actors Fund. Broadway Cares’ Tom Viola and Danny Whitman — the only other people who appeared on camera inside the New Amsterdam due to COVID-19 protocols — helped keep the show rolling with the latter praising the Weitzes for “changing the trajectory” of the work the organization was able to do during the pandemic thanks to the infusion of funds raised.

Among the performers were rocker James Bay (an early “RWQuarantunes” guest), Bernadette Peters (who performed two Stephen Sondheim tracks including “Send in the Clowns”), R&B legend Stephanie Mills, Heather Headley, the cast of Jagged Little Pill with Alanis Morisette, Great Big World’s Ian Axel and Chad King, Kristin Chenoweth (who dedicated “I Will Always Love You” to the Weitz pair), Melissa Manchester (who sang “Don’t Cry Out Loud” and “Come in From the Rain” which she wrote with attendee Carole Bayer Sager), and Iglehart who performed solo and joined Christopher Jackson for a Freestyle Love Supreme moment featuring a rap song they dedicated to the hosts called “Family Love.”

Chenoweth brought Richard to tears again with the help of Demi as the two managed to keep the show’s biggest secret: She sang a brief duet with Chenoweth on the finale “For Good” from the Broadway smash Wicked. Erich Bergen, who pivoted from performing to launch a production company, 6W Entertainment, that has produced many high-profile events during the pandemic, gathered peers for a special tribute to New York. It featured Lena Hall, Jarrod Spector, Javier Muñoz, Aaron Tveit, Alex Newell, and others. Hall also performed a powerhouse rendition of “Midnight Radio” from Hedwig and The Angry Inch and “Defying Gravity” from Wicked. The show ended with Josh Henry, and Robert Cuccioli who sang “This is the Moment” from Jekyl & Hyde.

Peters ended her performance with a quote that she said “hit me so strongly” in the moment: “Generosity and gratitude are the fuel of the universe.’ You know, that’s it. I love being here and I love Broadway Cares. I love you Demi and Richard, thank you for what you have done this past year — just momentous.”

Also momentous: The show featured a reunion of Jennifer Holliday, Loretta Devine and Sheryl Lee Ralph, the original cast members of Dreamgirls. The Broadway production will mark its 40th anniversary this December and the trio reminisced about how they got cast in the show and what it has meant to them to be a part of such an iconic show.

Another special moment came when Clive Davis appeared to congratulate the Weitz team for their work while taking stock in his role with the series as he was a ubiquitous presence through much of 2020. The music mogul helped book some of the artists and he acted as a co-host of sorts, regaling viewers with stories behind many of the songs performed by artists like Barry Manilow, Bryan Adams, Air Supply, Rod Stewart, Carly Simon and countless others. “I’m filled with great memories and real emotion that I reconnected with so many of these artists,” Davis said. “It’s been a special ride. May it continue.” 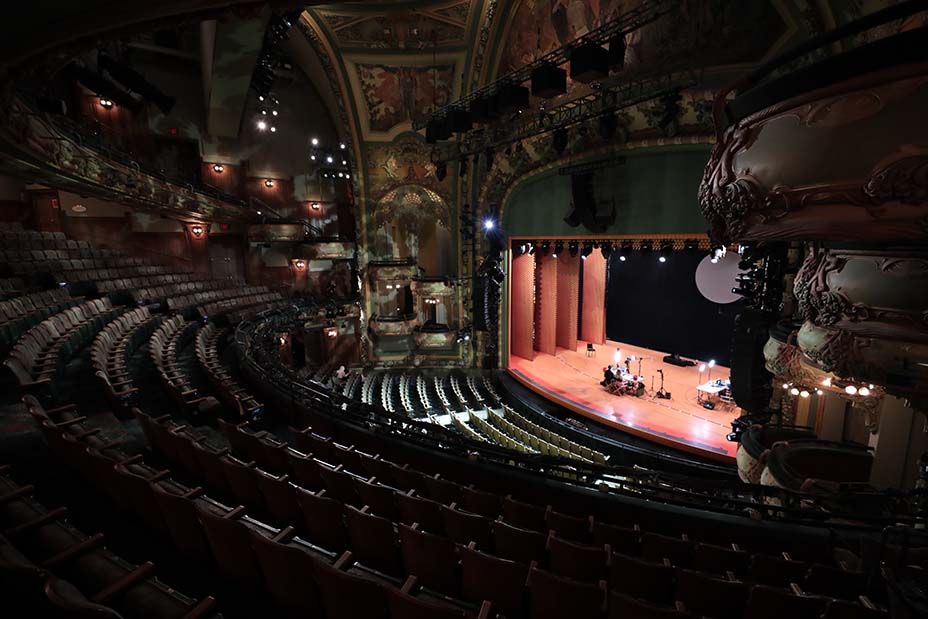 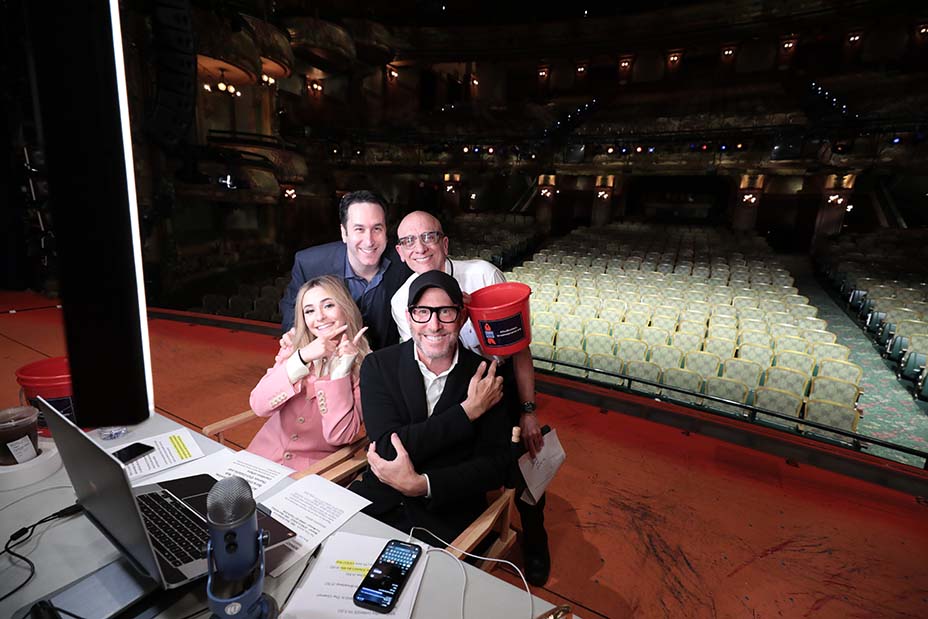