After gyms and salons shuttered again in California on July 13 in accordance with health restrictions, many have pivoted to offer outdoor services, legal as of July 20 so long as safety mandates are followed.

West Hollywood’s now-closed cocktail spot Employees Only has set up a weekly pop-up where customers can enjoy a crudo station as well as services from a haircut truck. The Chris McMillan Salon in Beverly Hills and Atelier by Tiffany in Koreatown have moved to patios, while other salons migrating outside include Hollywood’s Hairroin Salon, Redondo Beach’s Salon Touche, Beverly Hills’ Verina Organic Hair Salon and Westwood’s Taka Hair. Per state guidelines, salons can’t provide services typically done inside, like washing or dye jobs.

Many yoga studios have moved outdoors, including West L.A.’s Laughing Frog Yoga and Modo Yoga (Echo Park and Venice), as classes require little equipment. Yet SoulCycle also has transitioned with a new rooftop program, SoulOutside, in Santa Monica. In West Hollywood, outdoor fitness classes are offered at Brick and Retrofit gyms, while glute-focused Bunda and Natural Pilates, both on West Third Street, are holding rooftop classes. And Hype Silverlake remodeled its parking lot in order to continue its spin, hit and yoga classes. “Everyone who has tried it loves it,” says Red Diamond Yoga’s Kevin Diamond of the Palms studio’s fresh-air classes, now held in a nearby parking lot. “There is always a breeze, and the views are amazing. Nature is clearly the best studio designer ever.” 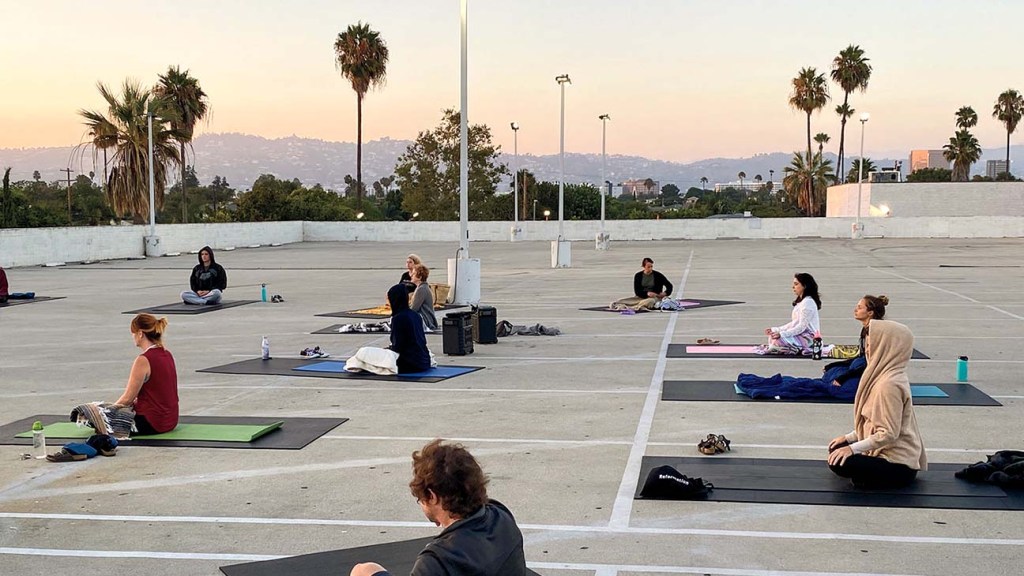