The directing team Bush + Renz — that would be Gerard Bush, 47, and Christopher Renz, 39, partners in life and work — were well into preproduction on their first feature, the psychological thriller Antebellum, when they learned they’d have to face a DGA tribunal. “We did not realize that 95 percent of the time they deny duos,” explains Renz. Reality quickly set in: They would have one shot to convince the guild they were duo-worthy. If they blew it, there went their Hollywood dreams.

The former advertising creative execs had met a dozen years earlier at a party in Miami, where they both lived. Bush recalls spotting Renz — “Back then, he was 120 pounds wet” he says — getting into a scuffle with a burly security guard who wouldn’t let him enter. He was instantly smitten: “I thought, ‘Wow — there’s a lion’s heart there,'” says Bush. They struck up a conversation, which led to a series of dates. “By our fourth,” recalls Bush, “I said, ‘I have this idea about a short story about aliens.’ And Christopher said, ‘Let’s go back and write it.'”

Janelle Monáe on Keeping Their 'Glass Onion' Characters Straight, the Film's Queer Inclusion and Why They're Not a Disruptor

Making of 'Glass Onion': How COVID, Warehouse Fires and Too Much Reflective Glass Complicated Production of 'Knives Out' Follow-Up

By late 2008, they founded their own advertising agency with accounts that included Moët & Chandon and Porsche. “Then one day I told Christopher, ‘I don’t want to sell champagne and luxury cars for the rest of my life,” says Bush. “And Christopher said, ‘I’m really sad, too. I didn’t want to tell you.'”

They decided to turn their energies toward social-action campaigns. It began with a Twitter DM to the Florida Democratic Party. ‘Two weeks later, we had [former DNC chair] Debbie Wasserman Schultz in our office asking how we could activate Black voters in the midterms,” says Bush. Back then, the killing of Trayvon Martin was in the news. “We bought billboards that looked like H&M ads with this beautiful little Black boy with a bulletproof vest on,” he continues. “The NRA started picketing the billboards. It caused a lot of upset.”

Other campaigns followed: Harry Belafontereached out to them in 2016 to produce a PSA about police brutality called “Against the Wall.” Jay-Z spotted that one and liked what he saw; he summoned the pair to Los Angeles to commission a video for a song off his 4:44 album.

Antebellum began as a nightmare, literally. The two had moved to L.A. in 2017 and were having a rough go of it: Bush’s father and brother died in quick succession; then the couple’s boxer, Cooper, was diagnosed with a brain tumor (she died in 2018). One morning, Bush woke up to his own anguished shouts. He’d dreamed of Eden, a woman subjected to unspeakable brutality on a slave plantation “screaming desperately for help across dimensions.”

The nightmare became their short story, which got them meetings around town. A bidding war ensued, with Lionsgate winning. A dream cast assembled, with Janelle Monáe signing on to play Eden. But first, of course, they needed that DGA approval. “It was like the United Nations,” recalls Bush of the hearing. “With these big U-shaped tables packed with DGA board members. It was actually Seth Rogen who stood up for us and said, ‘I’ve been a part of a duo for an incredibly long time, and it’s incredibly satisfying creatively — and if these two aren’t a duo, I don’t know who is.'” Notes Renz, “We didn’t know Seth.”

After, the two went to a nearby restaurant to await the DGA’s decision. Says Bush, “We didn’t even get through the first appetizer, and they called us to say it was unanimous.” 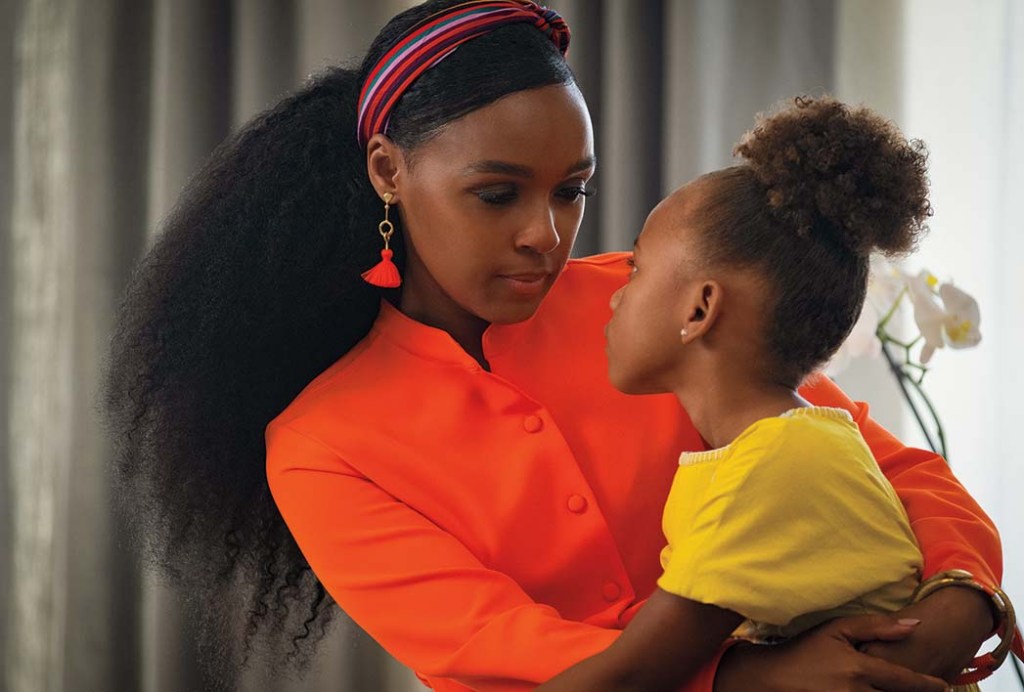