A lost piece of Teenage Mutant Ninja Turtles history is about to be seen for the first time — and, in the process, reveal the future of the heroes in a half shell, courtesy of the men responsible for creating the characters in the first place.

Teenage Mutant Ninja Turtles: The Last Ronin is a five issue comic book miniseries from IDW Publishing, by TMNT co-creator Kevin Eastman with co-writer Tom Waltz and inker Andy Kuhn, taking the characters two decades into a future first imagined by Eastman and co-creator Peter Laird for a storyline that never saw the light of day.

“About 10 years ago, I re-discovered a 20-page outline for a TMNT story that Peter and I wrote together back in 1987,” Eastman said in a statement about the new series. “The story was set 30 years in the future, which, as written then, was set in 2017. Reading through it again, I drifted back to a very different time in TMNT history — back when it was all about the comics, mostly just Peter and I writing and drawing the issues, pre-everything the world would soon come to know about these characters that we’d created and called the Teenage Mutant Ninja Turtles.”

The storyline was revisited and updated — moving the setting to 2040 — by Eastman, before he shared it with Waltz, leading to this new series.

“When Kevin first showed me the outline that he and Peter had created back in the ’80s, I was gobsmacked,” added Waltz, who’s been collaborating with Eastman on the franchise since IDW took over publication in 2011. “Beyond Peter Laird’s eerily prescient technological and sociological predictions, the story idea itself was exciting and versatile, designed in a way that it could be easily modified to fit into the many different TMNT iterations that have existed over the years, without losing any of the core elements injected into it by both Kevin and Peter.”

Eastman describes the finished product as “a heartfelt love poem to all the TMNT universes of the past [that] offers up an intense look at one possible future — firmly based on and adapted from an original 33-year-old idea, from the original creators.”

Each issue of Teenage Mutant Ninja Turtles: The Last Ronin will run 48 pages, with the first being released in three editions: a regular edition featuring cover artwork by Eastman and two retailer incentive editions, featuring a cover by Eastman and a cover by Mateus Santolouco; the regular cover and interior pages can be seen below. The series will launch later this year. 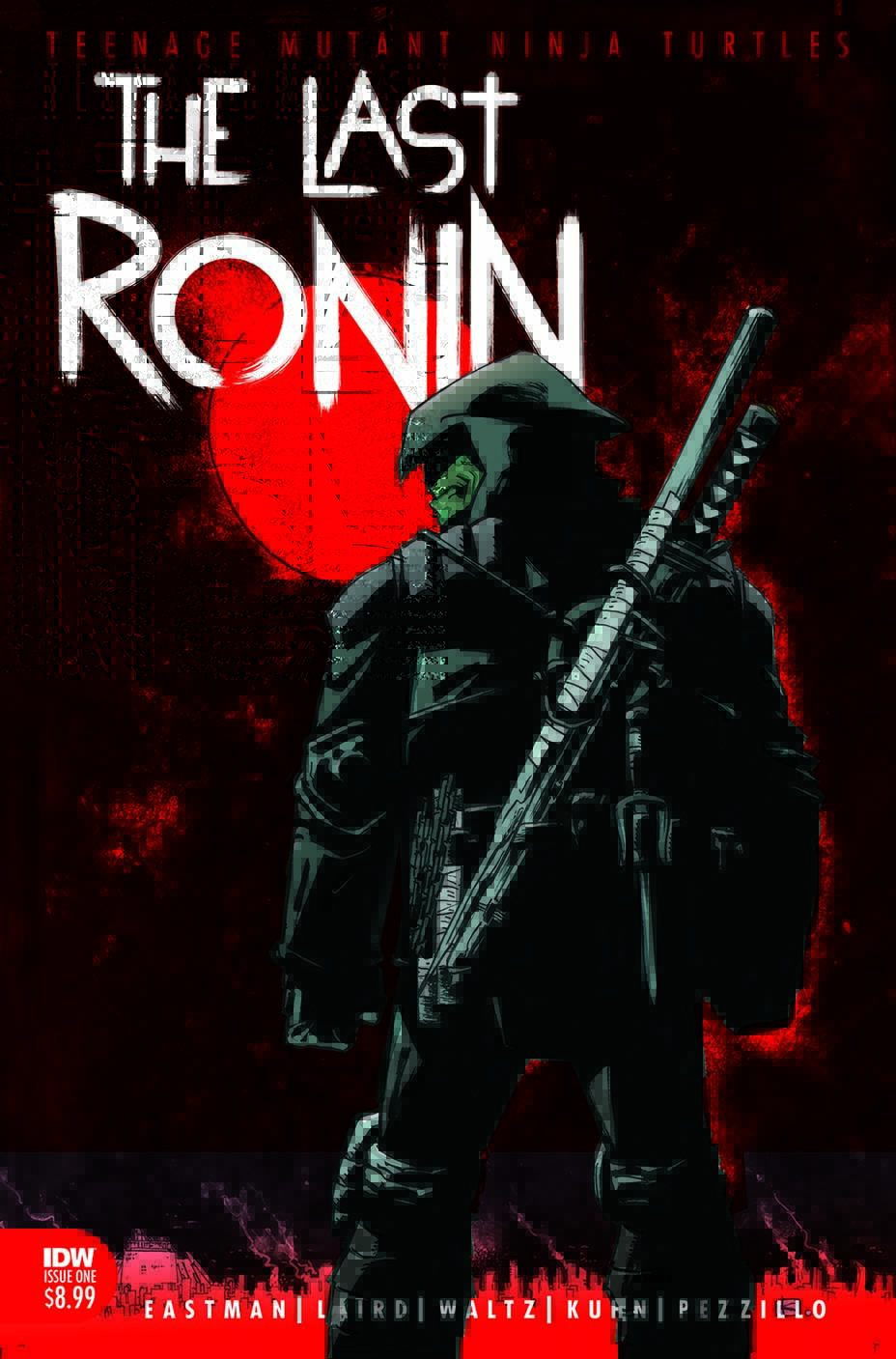 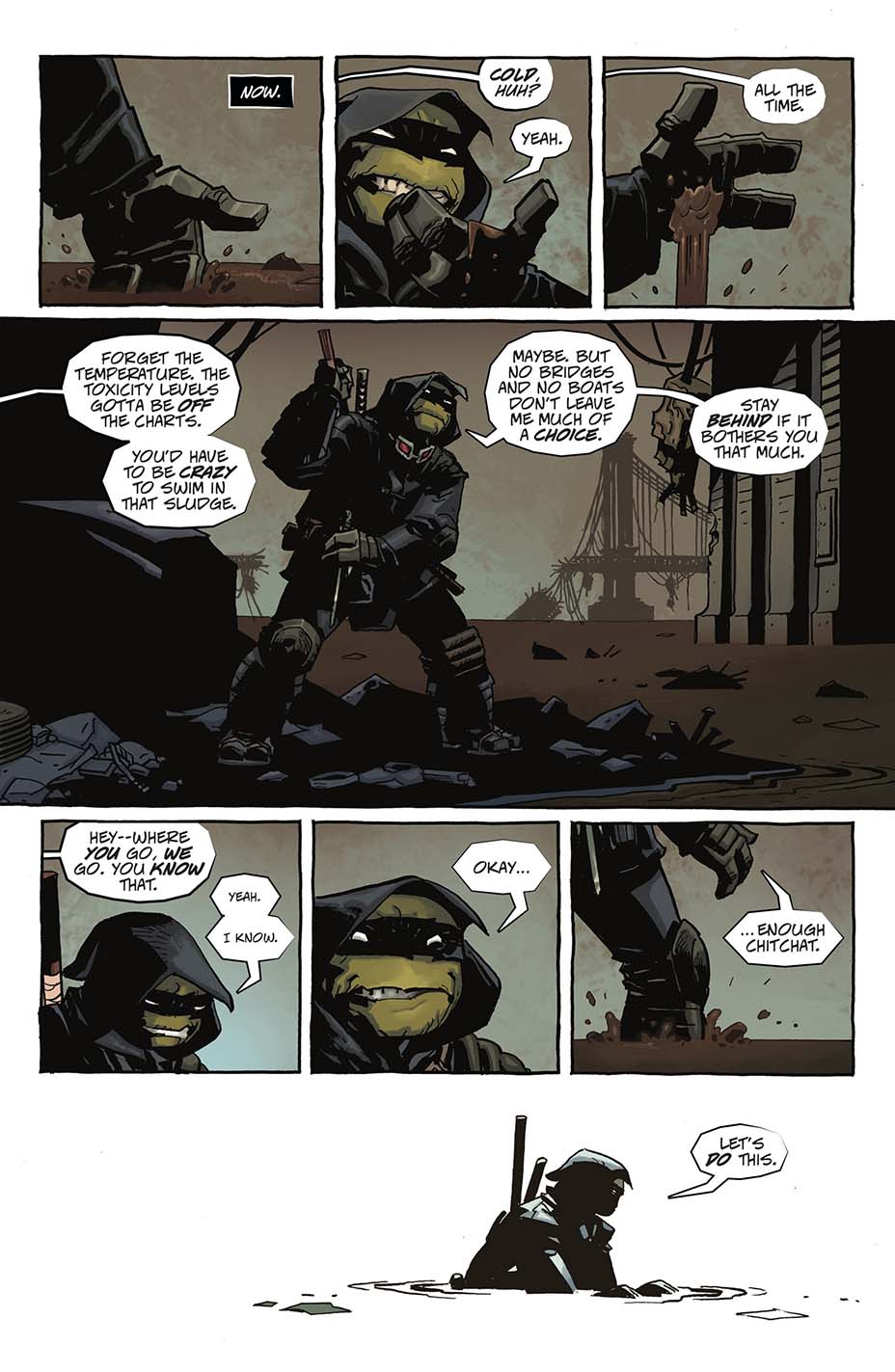 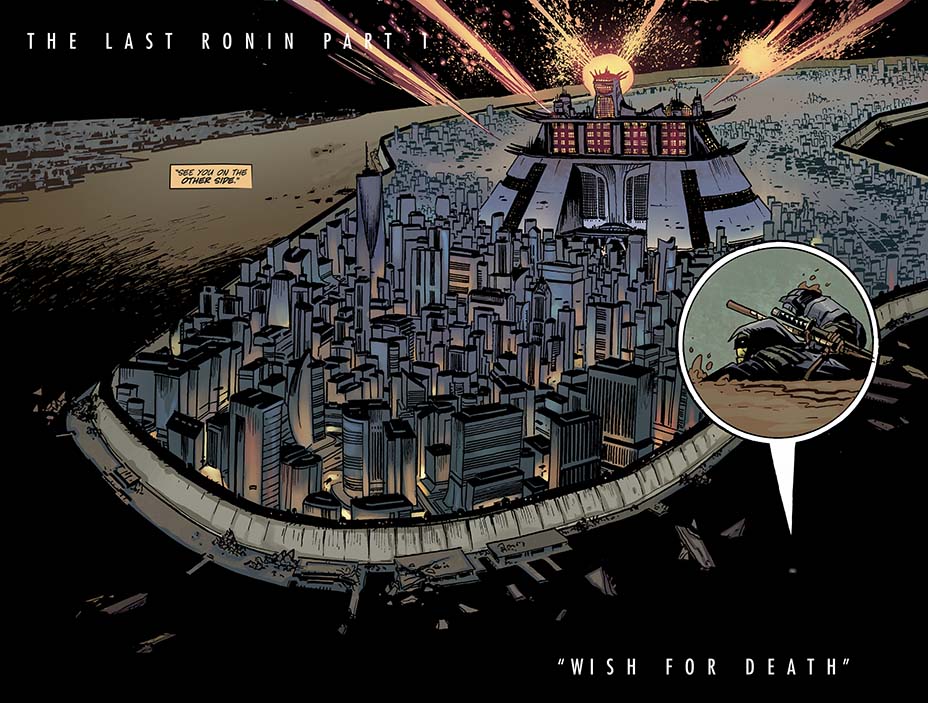 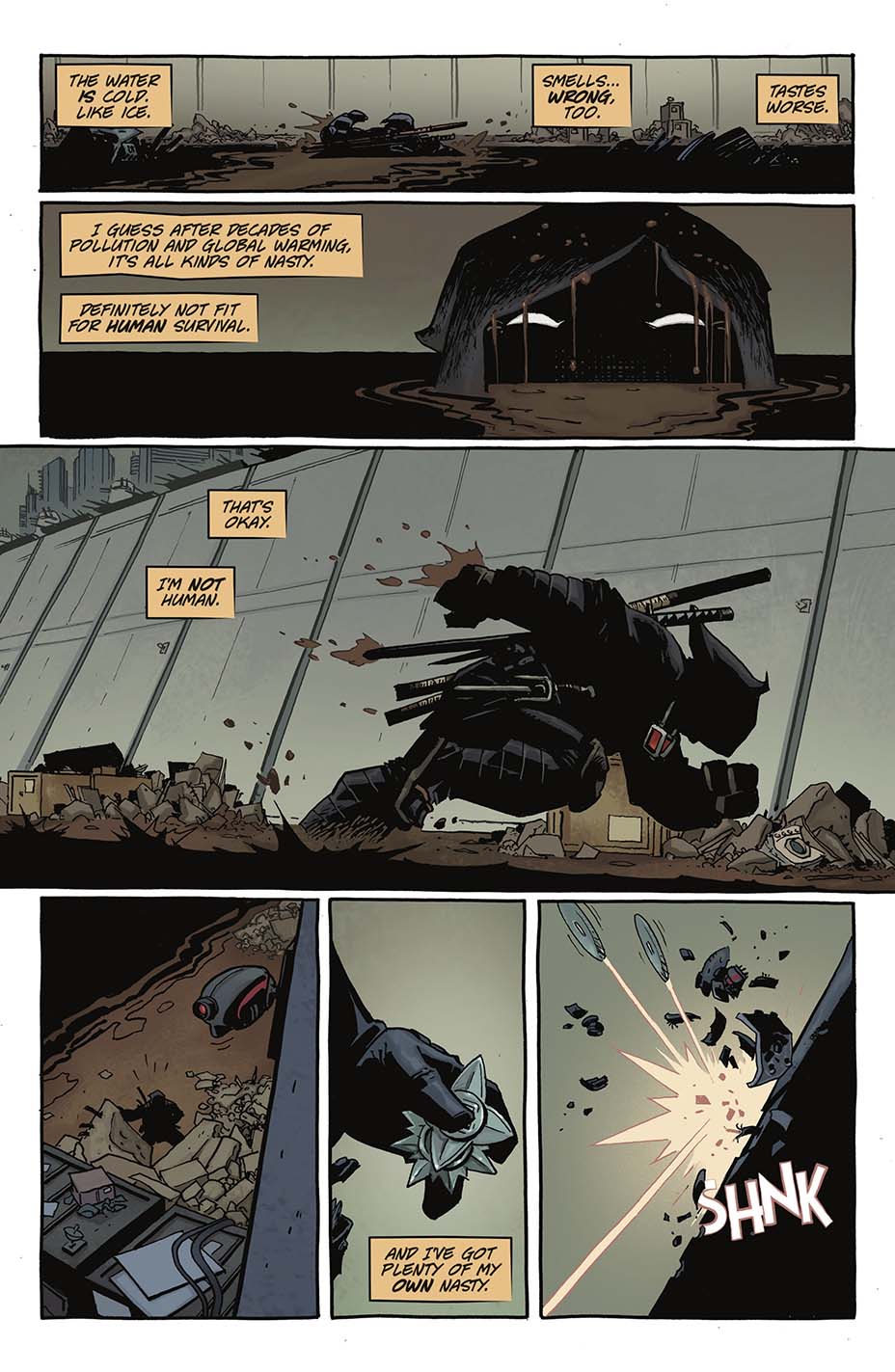 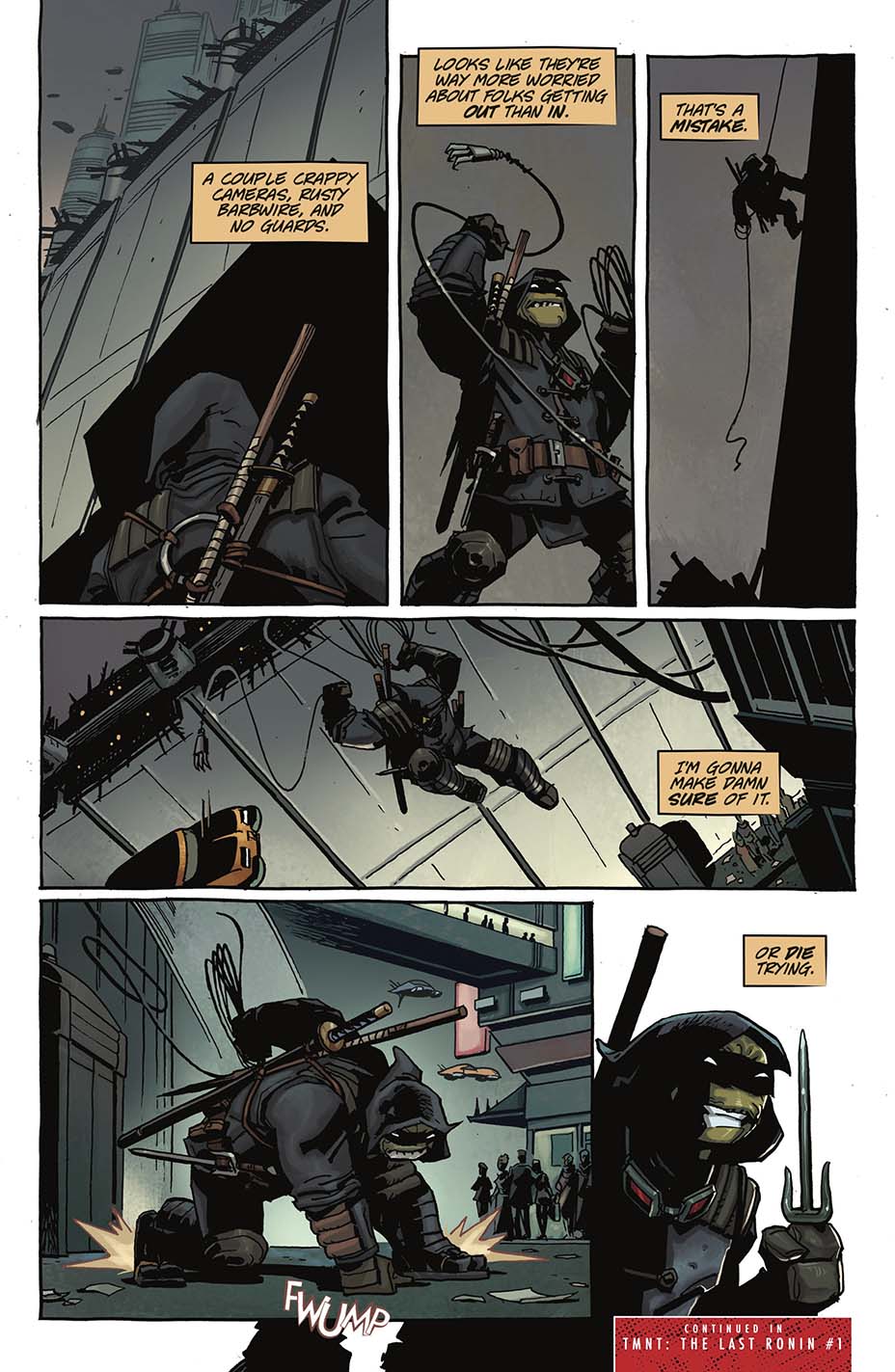