In the past few years, documentaries about music have truly come of age. Where once there may have been a sense that these were stories for niche audiences, recently a number of music-focused films became box-office triumphs and Oscar winners (Searching for Sugar Man, 20 Feet From Stardom, Amy) or major contenders (What Happened, Miss Simone?). In 2017, with the explosion of such streaming services as Netflix and an increased focus on video for Apple Music, these documentaries have more opportunities than ever — reflected in a flood of releases chronicling pop icons of the past and present, famous (and infamous) music executives, misunderstood jazz legends and examinations of figures from Native American rockers to Japan’s most revered heavy metal band.

Amir Bar-Lev’s two-part, four-hour look at the Grateful Dead’s epic American journey, Long Strange Trip, was acquired by Amazon ahead of its premiere at Sundance. Previous attempts to tell the Dead’s story had crashed and burned, and it took Bar-Lev 11 years to pull off the project — which still wouldn’t have happened if executive producer Martin Scorsese hadn’t run into the band’s drummer Bill Kreutzmann at a party. (“Clearly, I’m not going to the right parties,” says Bar-Lev.)

Nor was it his intention for Long Strange Trip to run as long as … well, a Grateful Dead concert. “We wanted to make a film that wasn’t just about music but also felt musical,” says the director. “And that requires you to fine cut your way through the edit. So we started at the beginning of the film and very methodically moved our way through — and when we got to the two-hour mark, we were only up to 1974.”

Nick Broomfield experienced a comparable revelation while he was working on BBC and Showtime’s controversial Whitney: Can I Be Me. “I went in with absolutely no vision,” he says. “I had very little knowledge of Whitney [Houston] at all, other than everybody loved her one moment and then they didn’t. Once I started research on the film, I discovered the discrepancies of who she was, where she came from and the image of her that was put out to her largely white audience.”

The film depicts the downfall of one of the world’s biggest stars as Houston struggled with her racial identity and her sexuality, lending a feeling of inevitability to her 2012 death. Broomfield was a year into the project when he found footage from an unfinished 1999 doc by Austrian director Rudi Dolezal that included the only clips he located of Houston with longtime assistant, best friend and rumored lover Robyn Crawford.

Whitney follows Broomfield’s previous documentaries about Kurt Cobain and Courtney Love and the murders of Tupac Shakur and the Notorious B.I.G. “Those were more conspiracy stories, detective stories, whodunits, investigations into a world,” he says. “They had relatively little music; they were all about characters and investigations into their lives. This portrait of Whitney is much more intimate.” 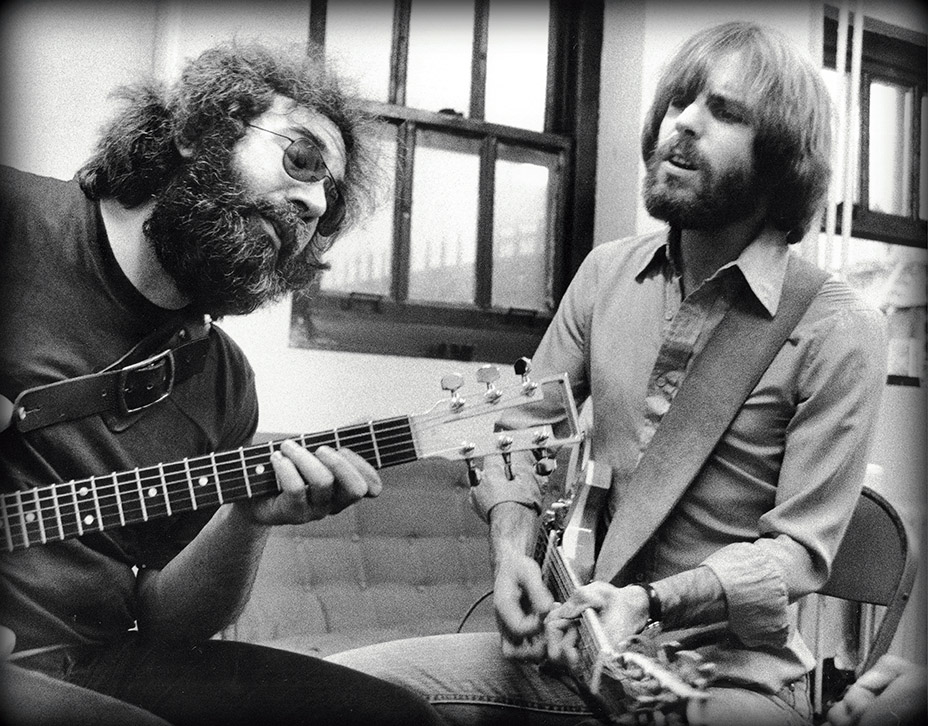 Houston is a crucial figure in another of this year’s prominent documentaries, one of the first to be distributed by Apple Music, Clive Davis: The Soundtrack of Our Lives, the story of the legendary music executive who helped guide the careers of everyone from Bruce Springsteen to Alicia Keys — but whose relationship with Houston stands above all. “Within Clive’s story, there was also the story of Whitney and their relationship,” says director Chris Perkel. “We knew that was our emotional center.”

Perkel asserts that Davis’ journey from Harvard-educated lawyer to head of the Columbia, Arista and J record labels reveals “the story of popular music over the last half century.” His biggest surprise was “Kenny G stealing the show with two of the funniest anecdotes in the entire film,” but a clip of Davis earnestly reciting the lyrics to Springsteen’s “Blinded by the Light” to impress on his branch executives the genius of his new signing might actually get bigger laughs.

Chris Moukarbel wasn’t sure where things would go when he started filming Lady Gaga in the studio as she was recording her 2016 album Joanne. “She was reluctant to do a documentary,” he says, “but she allowed me to come in and feel it out as long as I didn’t interfere with her writing.” Though the director thought he might eventually bring in a crew as he stayed with her through her album release and his project grew into the Gaga: Five Foot Two feature, he mostly ended up shooting by himself, allowing for an intimacy that’s startling at times.

The Netflix doc, which even follows Gaga into her doctor’s office, took on a different resonance when the singer canceled her European tour dates after her fibromyalgia pain became too much to bear. “Going into the film, I had no idea her health issues were so severe,” says Moukarbel. “It definitely changed the context of the movie because a lot of people are seeing the film through the lens of what happened after.” 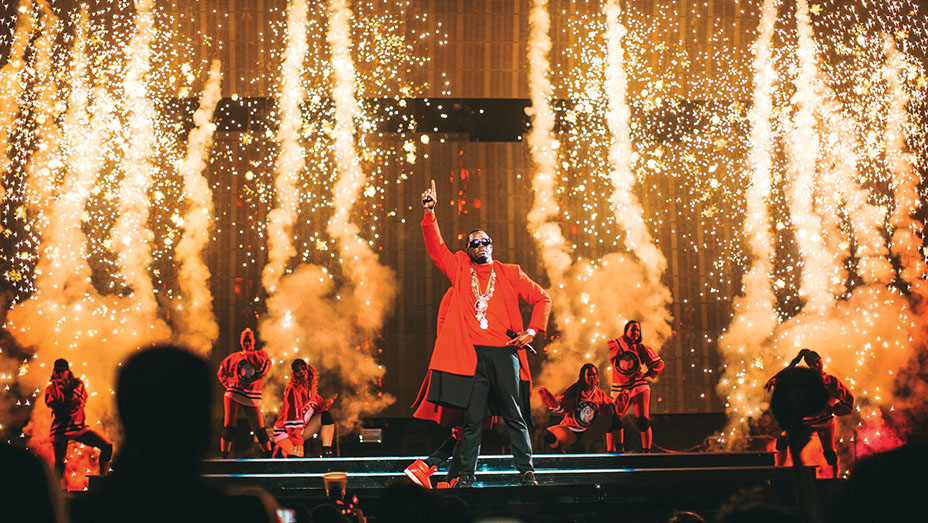 Elsewhere in music documentary releases, Kino Lorber’s Rumble: The Indians Who Rocked the World considers the role of Native Americans in contemporary music, including the impact of such indigenous artists as Link Wray (a Rock & Roll Hall of Fame nominee this year), Buffy Sainte-Marie and Jimi Hendrix. Meanwhile, X Japan is Asia’s most popular rock band, and Drafthouse’s We Are X looks at the tragic and riveting story of a group who, says fan Gene Simmons of Kiss, “if they sang in English … could be the biggest band in the world.”

Jazz immortals get their due in Abramorama’s Chasing Trane — which features the likes of Denzel Washington, Cornel West and Bill Clinton examining the legacy of John Coltrane — and Submarine Deluxe’s I Called Him Morgan, a moving and unconventional treatment of trumpeter Lee Morgan, who was shot and killed by his wife onstage at a club in 1972.

Music meets the mob in another Abramorama release, BANG! The Bert Berns Story. Co-directed by Brett Berns (Bert’s son) and Bob Sarles, and featuring Van Morrison, Paul McCartney, Keith Richards and more, it is the story of a complicated, brilliant songwriter (“Twist and Shout,” “Brown Eyed Girl”) who got tangled up with the wrong people. Apple Music has two more contenders: Can’t Stop Won’t Stop: A Bad Boy Story takes us inside the world of Sean Combs, a mogul who has seen plenty of his own ups and downs; and Give Me Future is a behind-the-scenes look at a historic concert in Havana, Cuba, by electronic music trio Major Lazer. 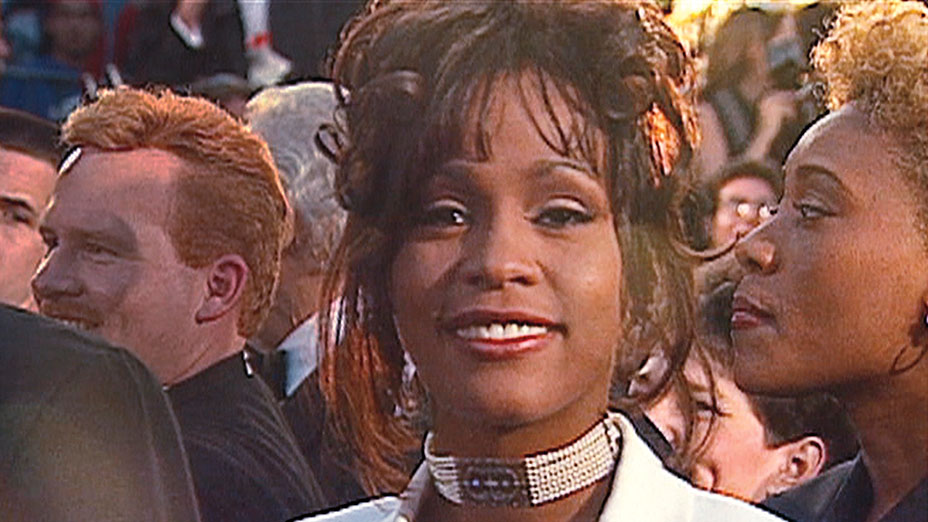 May It Last: A Portrait of the Avett Brothers is Judd Apatow’s fly-on-the-wall film (via Oscilloscope) about the making of the Americana band’s True Sadness album. Gunpowder & Sky’s A Life in Waves explores the life and innovations of electronic music pioneer Suzanne Ciani. Music Box Pictures has Chavela, which investigates the life of the late Grammy-winning Mexican iconoclast, based on previously unseen interviews shot 20 years before her death in 2012. And speaking of rule breakers, Kino Lorber entry Grace Jones: Bloodlight and Bami is an intimate portrait of a ferocious icon.

“To do a definitive story in this world takes a lot of time, a lot of people to dig out the real story and a lot of dedication,” says Whitney director Broomfield. “It’s very expensive and labor-intensive, but there can be a big audience for this kind of film, particularly if it hits [the] zeitgeist.” Adds Soundtrack of Our Lives‘ Perkel, “There are more outlets for nonfiction films, audiences are more receptive and the styles of storytelling are more innovative and cinematic now — I think music docs are the backbone of that movement.”

Documentary Roundtable: Ethical Dilemmas and Shouldering a "Very Different Responsibility Than 20 Years Ago"