Continue to The Hollywood Reporter SKIP AD
You will be redirected back to your article in seconds
Skip to main content
July 18, 2018 11:00am
Logo text

Now it’s about to undergo an evolution with a new voice to the publisher — but a familiar name to superhero fans — stepping in as creative lead. Gail Simone (DC’s Birds of Prey, Batgirl; Marvel’s Domino, Agent X) has been named as the chief architect of the line.

”I can barely express my excitement over this, and I want to thank Lion Forge for inviting me to play in this amazing new toybox,” Simone told Heat Vision about the news. “Everywhere you look, there’s something new and thrilling in this universe. And what we are planning is unlike anything I’ve seen anywhere.”

DC TV Watch: A Deep Dive Into All Those Comic-Con Reveals

In a statement, Lion Forge president Geoff Gerber said, “Gail Simone’s ability to write some of the most compelling superhero characters of our time in storylines and universes that were created three-quarters of a century before her contributions speaks to her talent as a writer. Her leadership on representation of women in superhero comics speaks to her fit with Lion Forge and its mission distilled in our slogan as ‘Comics for Everyone.’ It is inspiring to think what she will be able to do with the amazing team of current creators working on Catalyst Prime when we set her loose on an emerging universe conceived and executed for a contemporary audience that, from its inception, has been inclusive and entertaining.”

“Bringing Gail Simone aboard this ever-growing line up of heroes is one of the most exciting developments since Carl Reed and I first conceived of these characters,” added company founder David Steward II. “There is no one more qualified to bring even more energy, excitement and innovation to this universe, and we are thrilled to have her unique voice and expertise as we continue to create comics for tomorrow today.”

Simone’s addition to the line — initially teased by the company Tuesday when she was announced as a surprise guest on its “More Than Marketing: Lion Forge Comics Fall Preview” panel at San Diego Comic-Con, set to take place Sunday at 11:30 a.m. in Room 8 — is just one in a series of notable creative changes for the Catalyst Prime line. Lion Forge also shared with Heat Vision that Christopher Priest is returning to the line for the first time since co-writing its very first issue in September for the 10th issue of the Astonisher series, while Rodney Barnes, recently seen penning Marvel’s Falcon series, will be writing the new launch Quincredible, which is now set to be released in November (it had previously been scheduled for August). Solicitations for both titles are below. 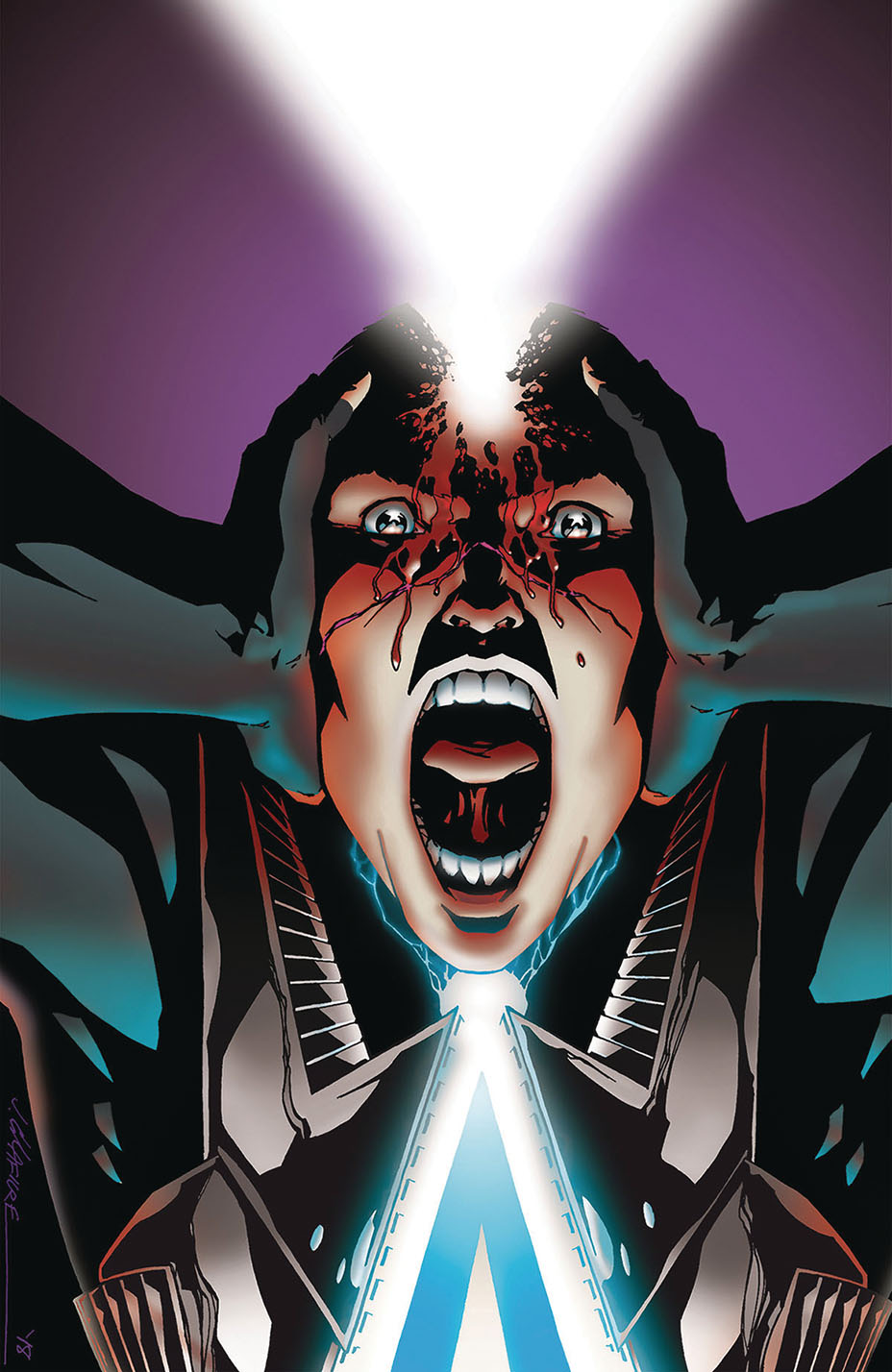 (W) Christopher Priest (A) Al Barrionuevo (CA) Jamie Grant, Jim Calafiore
As Magnus’ journey continues, he finds himself at a crossroads between his old life and the new one he envisions for himself. With his mother, Olivia, out of commission due to a sudden illness and his brother, Drew, locked away for his crimes, Magnus has been forced to do the one thing he never wanted to do: be the CEO of AtiSat Corp. 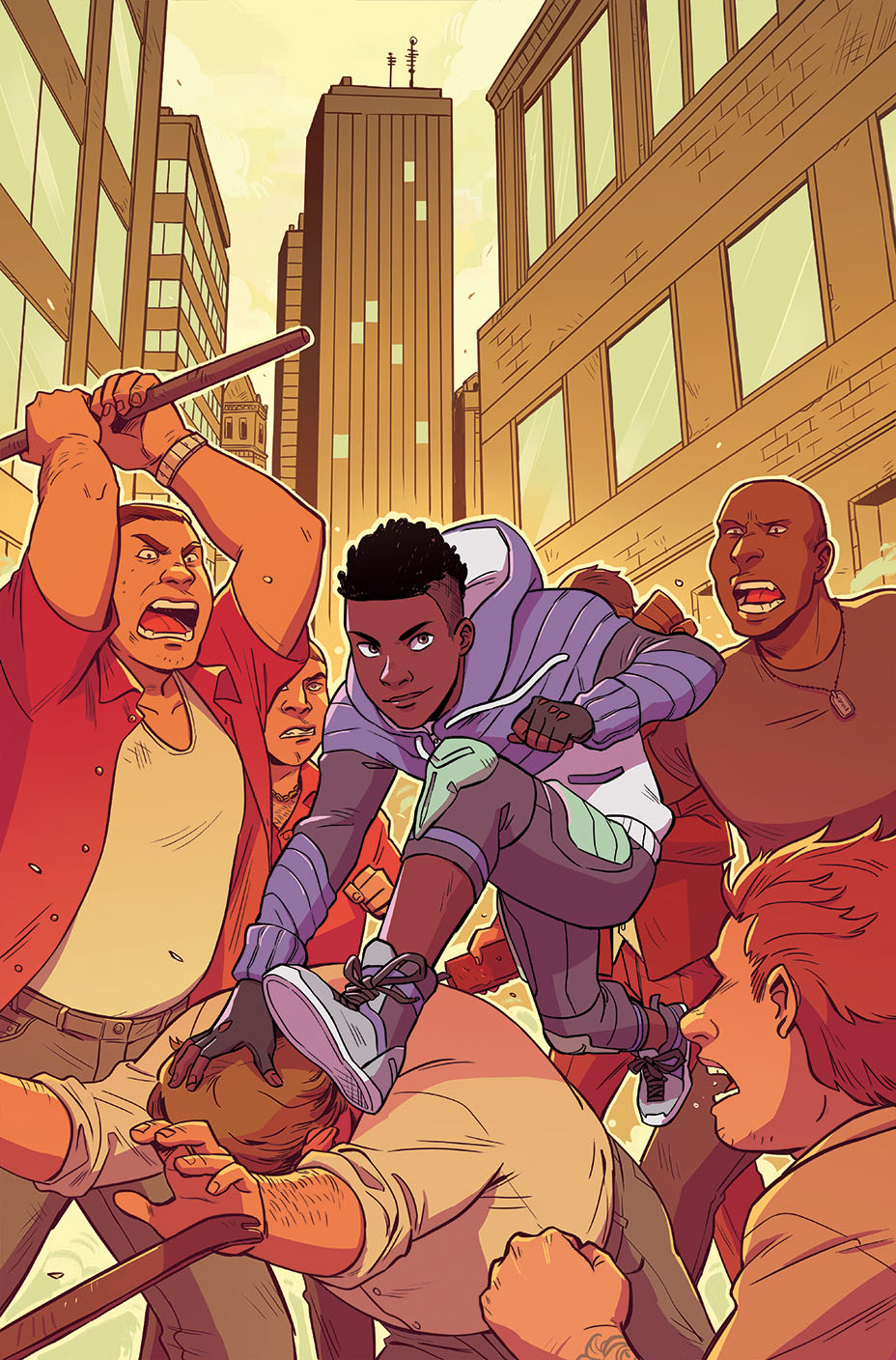 (W) Rodney Barnes, (A) Selina Espiritu, (CA) Michelle Wong
Quinton, a high school sophomore, is looking to live his best life by moonlighting as a superhero. The catch? His power is invulnerability … and that’s the only power he has.