The battles, betrayal, death and overall drama that HBO’s Game of Thrones captures is just a fraction of what fans are eagerly anticipating during the new and final season, which bows on Sunday.

The sartorial side of the show is also a major draw, letting viewers delve even deeper into the complexity of each character, even if that’s through a seemingly simple dress worn by Daenerys Targaryen earlier on in the show or the heft of Jon Snow’s fur pelts, indicating the weight of the world resting upon his broad shoulders.

But it is ultimately Game of Thrones’ Emmy-winning costume designer Michele Clapton who is responsible for making each beloved (or despised) character resonate with the show’s audience. Clapton isn’t just the creative force behind the costumes, but is also tasked with dressing hundreds of extras across various countries — from courtyards in Croatia to a staircase in Spain — while maintaining the detailed continuity of every sword slash or bloody wound.

She, too, has a jewelry collaboration with the London brand Yunus & Eliza, Mey Designs, including licensed pieces that appear on the show. Here, Clapton talks about her work on Game of Thrones through its final chapter. 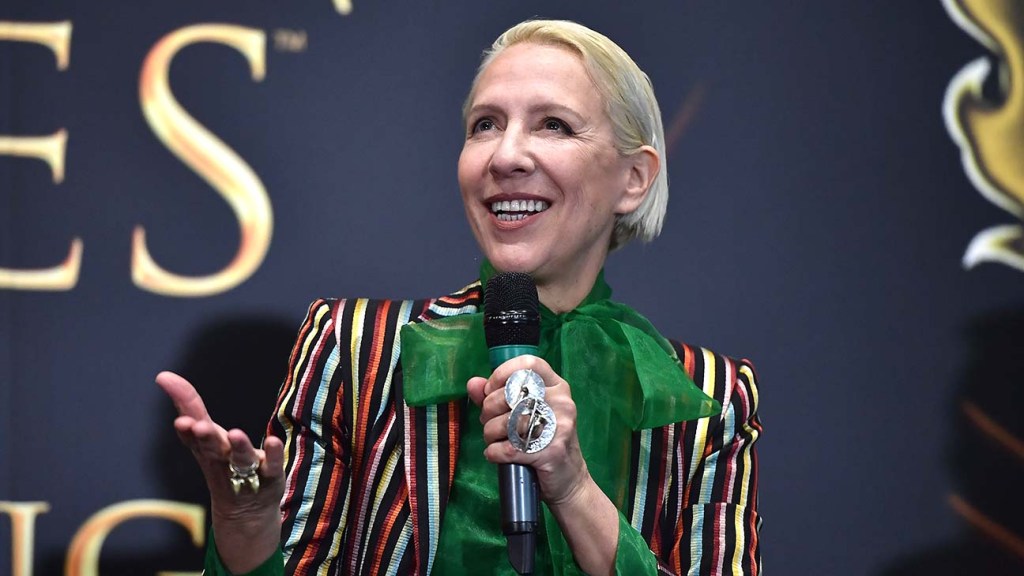 What can we look forward to in costuming during this final season?

It’s the culmination of everyone’s journey, so hopefully I’ve managed to support this visually with the choice of costumes. I guess there is a sense of expectation from the audience. That’s quite daunting. I hope we’ve pulled it off.

Is there any character whose costumes and sartorial evolution you’ve grown most attached to throughout filming the show?

I tend to enjoy the women’s costumes. It’s easier to express their emotions through cut, color and decoration. I particularly loved designing for Sansa; her costumes lay bare her emotional state. She expresses through them. I think you can see that she is influenced throughout her journey until she finally comes into her own style in season seven, the look is a culmination of her difficult story.

She is initially influenced by the style of Cersei when she first arrives in Kings Landing. Once her father is killed, she retreats to the cut of her mother’s costume, a refuge, showing how she feels wounded and scared, but she can’t speak it. She tells of her pain through embroidery, color and cloth.

Later, Littlefinger’s look influences her as they travel to Winterfell. This is post her dramatic statement blackfeather dress, her dark Sansa look, the death of her naiveté. She now understands that she can learn and take from those that hurt her. She copies Littlefinger’s look not because she’s impressed by him, but it’s that she needs him. She suffered at the hands of Joffrey, her mother’s sister and Ramsey; this influences the design of the belt in season seven that wraps around her body, protecting her. The wrap-over front and laced dress, the shorter length and the stitched, quilted heavy cloth all tell of protection and the ease of movement, if needed. There is also reference in the fabric to her mother’s family sigil the fish, and the fur cape at her neck pays respect to her father’s family, the Starks. 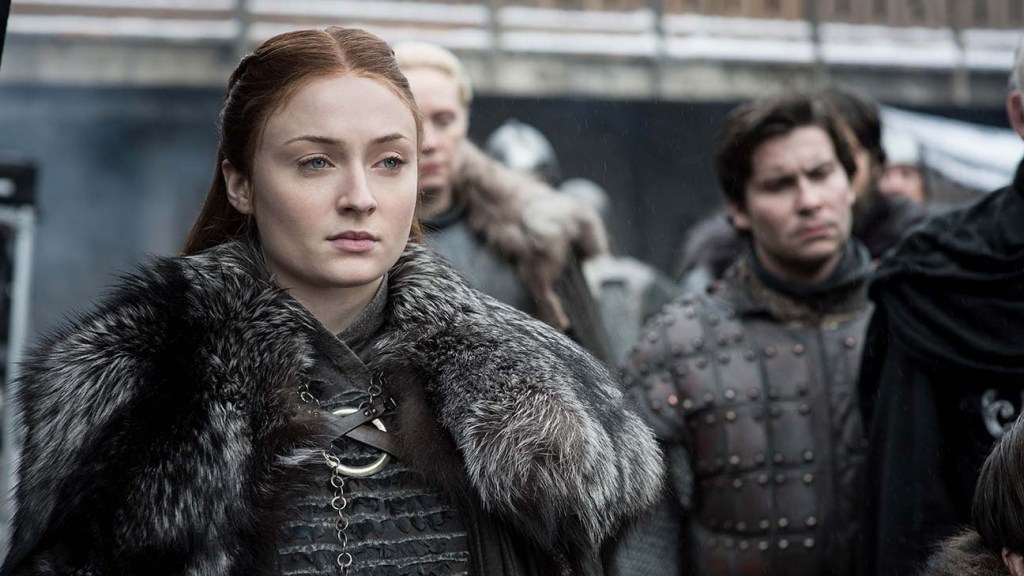 Daenerys’ look really became incredibly regal this past season. Can we expect this to continue?

Well, I guess I could say she’s unlikely to regress to her Dothraki garb! She’s finally really finding her true style after years of being influenced by people around her.

What is the most challenging part of your job on Game of Thrones?

The breadth of the show; it grows every year. It’s vast! Also, as the battles in particular get bigger and more involved, the stunting and prosthetic requirements extend into new boundaries. It’s necessary to work closely with these departments as a team. It’s exciting and we all want to maintain a standard, so our costume team has to grow in size. For me, it’s really important to be able to delegate and to know that I must know and trust my team. 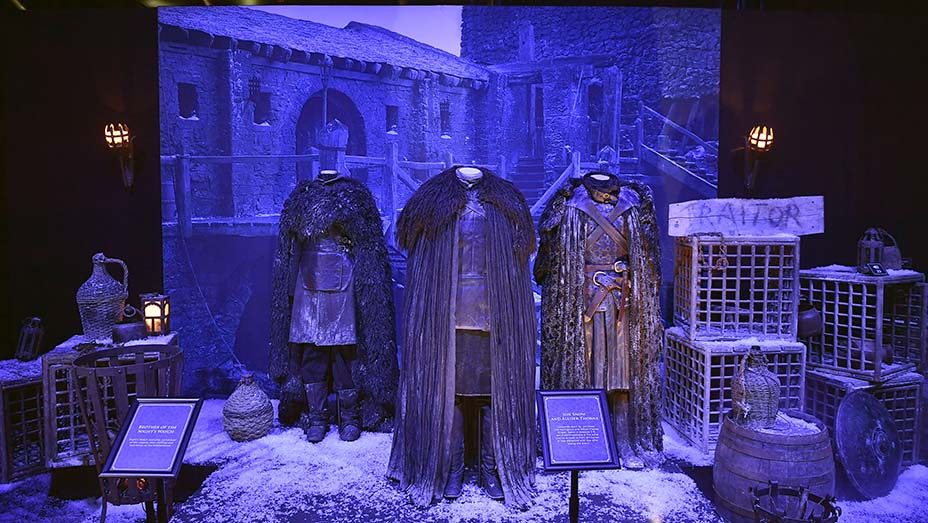 What is something people may not know or may be a misconception about outfitting the cast and hundreds of extras on the show?

Continuity. I don’t think most people appreciate how complex it can be. For instance, an actor might start a scene in an interior set in Belfast; they might then leave that room set and descend a staircase that we have found in Spain, then out into a courtyard in Croatia, where there is a fight and they are wounded, and collapse into a small room set back in Belfast! These four locations in this one scene could be scheduled to film in any order over six months with different crews. We might start with the final scene, so we would need to understand what the wounds would be from the fight before the stunts have worked out what they will do and where the wounds will be.

Also, prosthetics will need to be involved. We will have to make stunt copies of this costume that also may have to cover pads and a rig. We might also then need blood doubles. If this character has armor we will have to make safe plastic or rubber copies for the fight that must be painted to resemble metal. Now imagine elements of this on hundreds in a battle scene, often again shot out of order! Planning as you can imagine is key!

Which Game of Thrones character has had the most dramatic sartorial arc?

'Game of Thrones': The Complete Guide to the Final Season