Seventy episodes of television built up to this: the White Walkers unleashing the full force of their undead terror on Westeros in “The Long Night,” the climactic battle episode at the heart of Game of Thrones‘ final season.

The result of the showdown: a handful of main character deaths and a much bigger surprise in the form of the White Walkers’ crushing defeat, thanks to Arya Stark’s unexpected killing of the Night King.

Behind it all: Miguel Sapochnik, the veteran Game of Thrones director responsible for so many of the HBO epic’s biggest moments, such as the ambitious “Hardhome” and “Battle of the Bastards” episodes. He was charged with presiding over a very different kind of war in “The Long Night,” without his typical action hero Kit Harington to lean on and with darker stakes involved — quite literally, as the episode drew criticism over perceived lighting issues. “I think [cinematographer] Fabian Wagner did an outstanding job,” is all Sapochnik will say to THR when it comes to questions about lighting and “The Long Night,” for which he earned a directing nomination (his second after a 2016 win for “Battle of the Bastards”).

Showrunners David Benioff and D.B. Weiss eschew most awards press, so Sapochnik, who’s been working on the series since season five, weighed in on the ambitious “Long Night” episode and the show’s swan-song season.

“The Long Night” involved several night shoots. Walk us through that experience.

We started shooting in January in Northern Ireland in a place called Toome that is known as one of the coldest places in that region. We finished shooting in mid-April.Monday to Friday I would usually work nights from 5 p.m to 5 a.m., depending on what time it got dark. Then Saturday midday I’d go to the edit room and review what we’d done, cut some scenes and discuss the next week’s work. Sunday I’d scout or rehearse on location in the daytime, then try to stay up as long as possible, shot-listing in preparation for going back to nights on Monday.

What was your reaction when you read about Arya’s big moment, killing the Night King?

I questioned everything and we worked long and hard to find the right balance of credibility versus wish fulfillment. Then we shot it and reshot it and found that what was really important was rhythm. At one point there was an elaborate plan to have her fight her way into the Weirwood forest, but as we progressed we realized she’d already done that earlier in the episode, so it felt like a repeat. In the end we felt it didn’t matter how she got there — what mattered was setting up that moment when the Night King catches her mid-leap and we think she’s done for, then she pulls her knife switch and takes him out. I loved Maisie’s performance post the takedown as well, sharing a moment with her brother, Bran. That weary smile. “Not today.”

How has your time on Game of Thrones shaped you as a director?

It’s been the opportunity of a lifetime. I made a lot of friends. I worked with the best actors, crew, producers and showrunners I’ve ever worked with. I got to know the people of Northern Ireland and learned about their history. I had an experience that I would never have had otherwise, and I can take that with me to every project I do. Oh, and I discovered that a Kit Kat at 3 in the morning is a lifesaver.

Which member of your cast would fare best in a Democratic debate?

Jon [Snow] and Dany as a team. Truth and an iron will.

For anyone who’s concerned that gripes about character deaths or accelerating pace might derail Game of Thrones‘ damn-near foregone Emmy conclusion, a historic 32 nominations — more than any series, for any one season, ever — put an end to that. The daunting 10 actor noms may end up cannibalizing themselves, and a script win seems less likely than in years past, but the scale and splendor of HBO’s pricey final run make it close to inevitable that it will win the top prize. Add in the fact that it isn’t facing anything resembling a consensus runner-up, no favorite for an upset, and they might as well start engraving the statuette now. —Michael O’Connell

What’s News: What’s Next for the Cast

The former residents of Westeros are going to be busy. Emilia Clarke will be seen opposite Henry Golding in Paul Feig’s holiday film Last Christmas. Nikolaj Coster-Waldau is set for an FX drama pilot about talent agents in 1980. Lena Headey will play the title role in Showtime’s Rita, a drama about an unconventional teacher. Maisie Williams has signed on to a six-part original comedy for Sky with the working title Two Weeks to Live. And showrunners D.B. Weiss (left) and David Benioff will write and produce a new series of Star Wars films. —Tara Bitran 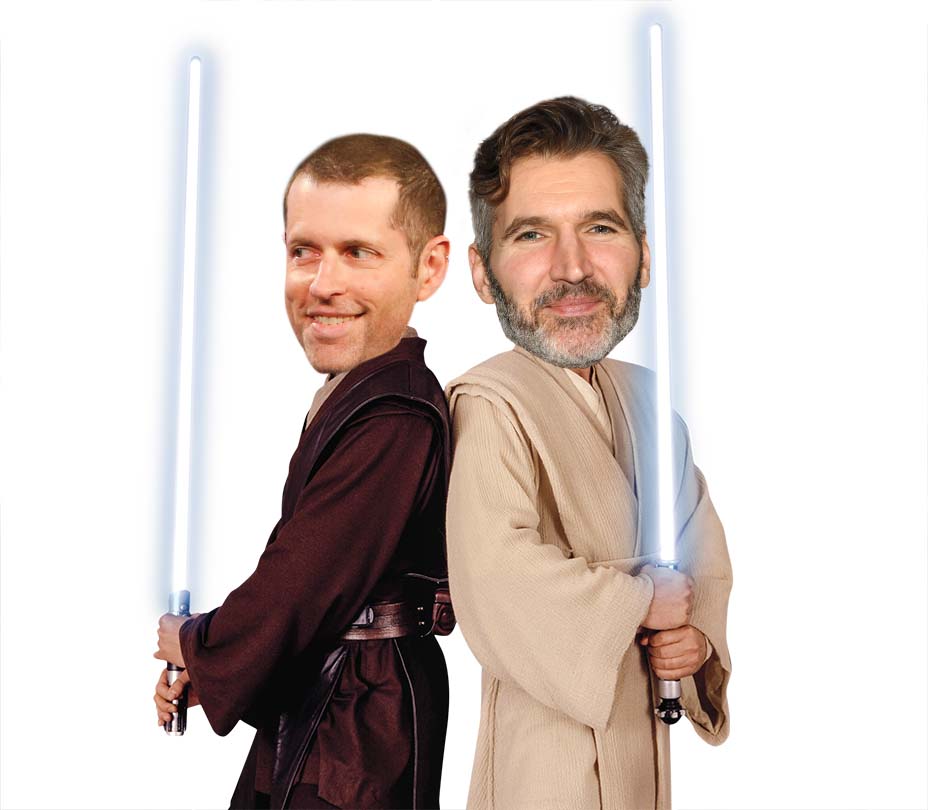