Three years after it shut its doors on TV, PBS’ Emmy-winning juggernaut Downton Abbey made a potentially hazardous leap to cinemas in summer 2019. But it landed with the sort of results that might have forced a wry smile from Maggie Smith’s Dowager Countess herself. Despite a less-than-stellar record of much-loved TV series getting the big-screen treatment, the Downton Abbey movie smashed all expectations, earned a domestic-box-office-topping $31 million on its debut weekend — knocking out both Brad Pitt (Ad Astra) and Sylvester Stallone (Rambo: Last Blood) in the process — and gave Focus Features its best-ever opening. Displaying classic British stubbornness — especially for a period drama — the film slipped just one place in each of the following weeks (on home soil in the U.K., it reigned for three weeks, dislodged only by Joker). It now boasts an international tally of $184 million, making it Focus’ most successful release in history (and off a budget reportedly in the mid-teens).

Like the TV show, Downton Abbey was written entirely by Julian Fellowes. But the original concept came from its longtime producer and the boss of NBCUniversal-owned Carnival Films, Gareth Neame. The fourth generation of a family deeply rooted in showbiz (he cut his teeth as a PA on the final film produced by his grandfather Ronald Neame, best known for co-producing and co-writing Brief Encounter and Great Expectations with David Lean), Neame, in collaboration with Fellowes, has arguably been one of the biggest creative sparks behind the U.K.’s currently thriving TV sector. Next up for the pair are limited series Belgravia, airing on Epix in the new year, and The Gilded Age, shooting in 2020 and set up at HBO.

Speaking to THR from his awards-stacked office inside London’s bustling Covent Garden, Neame, 52, discusses the inevitable Downton Abbey sequel, how his creation paved the way for The Crown and why fans shouldn’t be prepping for a big Crawley funeral just yet.

You said that you’d consider a Downton Abbey movie sequel only if the first was a success. Surely those conversations are now taking place.

We’re having those conversations. We’re working on what the story is, and when we might be able to make it. But it’s the same as the first time around: We have to try to get everyone back together again. And that was very challenging.

Did talk of a sequel start immediately after the first week?

We started vaguely thinking about it before the release of the movie. But we were kind of holding our breath. The reaction to the film, the press tour in the U.S. and the buildup to release were so strong that we’d been thinking about it. And then it was clear from the first weekend that this was worth taking very seriously.

Developing the feature was a long process. Do you think it would be smoother for a sequel?

It’ll be smoother in one sense — that it’s now hopefully a proven concept. It’s not one of those shows that came from TV and then flopped in the cinema. So I think that will give everyone comfort that, yes, we know it works. But the challenge will be, is everyone available at the same time? Can we make deals with them? That will be the challenge.

Given the success, do you think salary expectations will rise?

Well, I don’t expect them to fall. 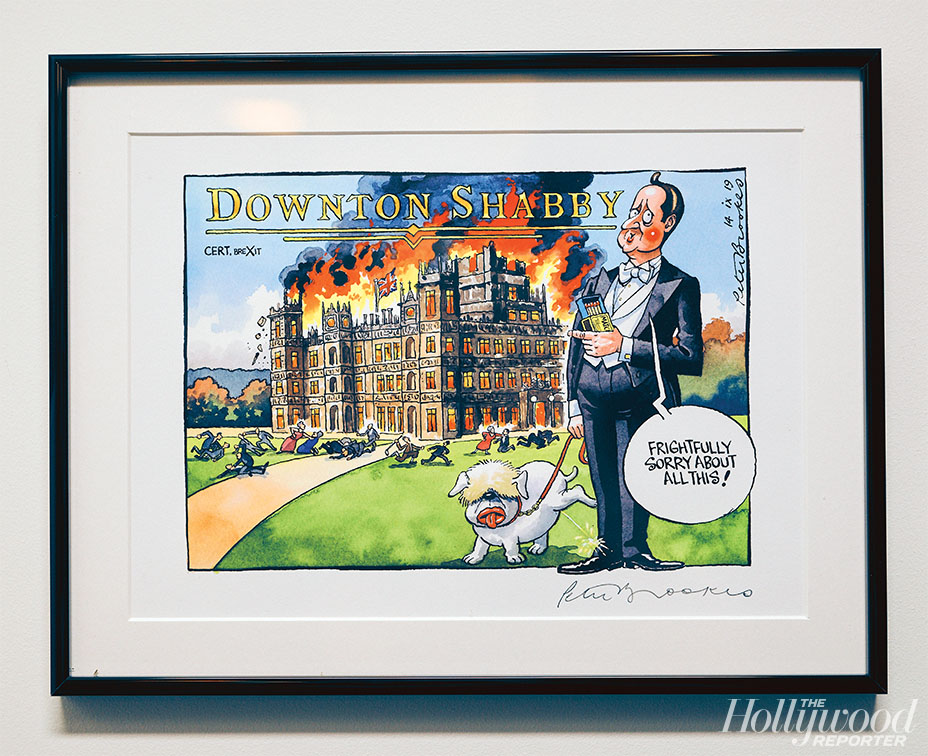 Bit of a spoiler alert, but how did Maggie Smith feel about the suggestion at the end of the film that her character, the Dowager Countess, was being killed off? Did you get her blessing? Did she suggest it herself?

She didn’t suggest it. That’s not her way at all. She’s not one of those actors who thinks it’s her responsibility to propose storylines. She obviously knew that because she read the script before agreeing to do it. But all I would say is that one of the things that’s been commented on over the years about Downton is that we’ve had plenty of medical misdiagnoses.

This is Carnival Films’ first actual film in more than 20 years, and the first since you joined the company. Did it feel like you were doing something very different, or was it like an extended episode?

It felt very similar. Of course, the difference now between making high-end drama and film is negligible. The only way there was any difference really for me at all was that it was a Carnival production, but Carnival didn’t finance it. And we were working in partnership with Focus. So it was definitely a partnership, whereas on our TV series, I have complete control with how we make the shows. And this partnership means introducing another production entity with different customs and practices. And there were some new people, new colleagues to get used to working with. But that’s really the only difference. And I think they loved what we brought to it. And it’s been a really good experience.

Given the wait between the TV series ending and the film, do you think shows such as The Crown, which probably has a very similar audience, have helped fill the void and kept the momentum going?

Yes, I think there probably would be a crossover. And I think interest in the British royal family during the course of that time keeps the idea of this particular world at the front of people’s imagination. But looking at it a slightly different way, I think that Downton opened the door. It’s not conceivable that Netflix would have spent the kind of money they spend on The Crown without seeing the legs that Downton Abbey had around the world and the appetite for this kind of very British content. So I think Downton opened the door for shows like The Crown, but also raised the bar for the value of high-end British content around the world. Universal were able to sell Downton in the first season, and were able to get the same price as they got for all their other content, whereas traditionally, British distributors had a different kind of price point. That really meant that the best British shows should be the same price as the best American shows. And that’s changed because of Downton. 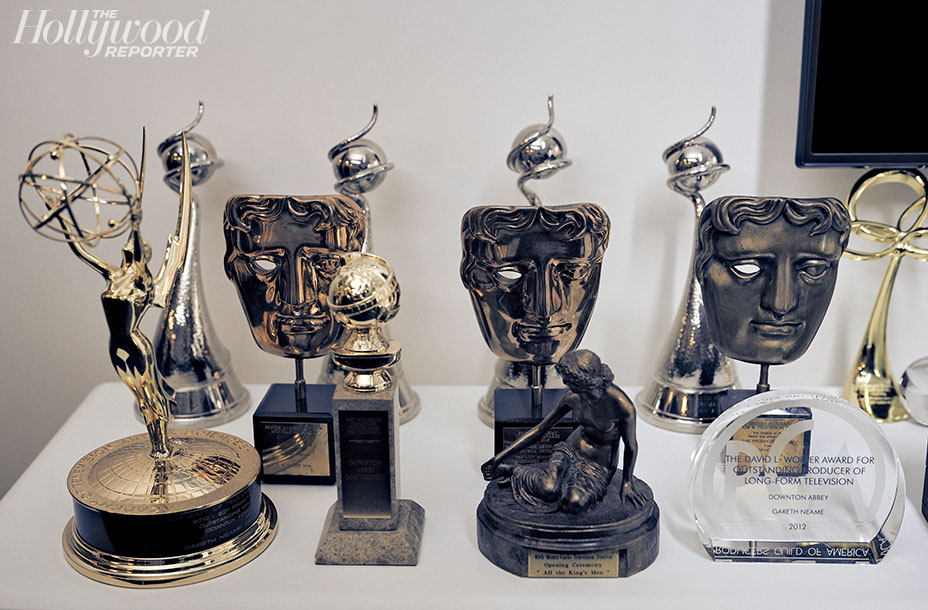 Speaking of other shows, you also have Julian Fellowes’ The Gilded Age coming up. This has been talked about for at least five years. Why has it taken so long to come together?

Julian Fellowes and I work in an unusual way. He writes every episode, and we work very closely together. It’s an extremely small team compared to most shows that would have teams of writers. It was totally impossible for Julian to write and create The Gilded Age while writing 11 hours a year of Downton Abbey. The idea was that we’d do Downton and move on to The Gilded Age, but Downton lasted for six seasons, so there was a delay. But it’s well underway now and will be made next year.

With The Gilded Age set in New York toward the end of the 19th century, there was some talk about it being set in the same universe as Downton, with a younger version of the Dowager Countess showing up. Is this not the case?

No, there’s no link. It was just made up and then those stories spiral out of control.

How many made-up stories about Downton have you encountered over the years?

It was just so in the public eye that if somebody said something or speculated, then it was in the show. The one that apparently was always happening was that we were going to make a prequel series. And that was some misunderstanding, something that Julian had said, I think, and then that all became “fact.” 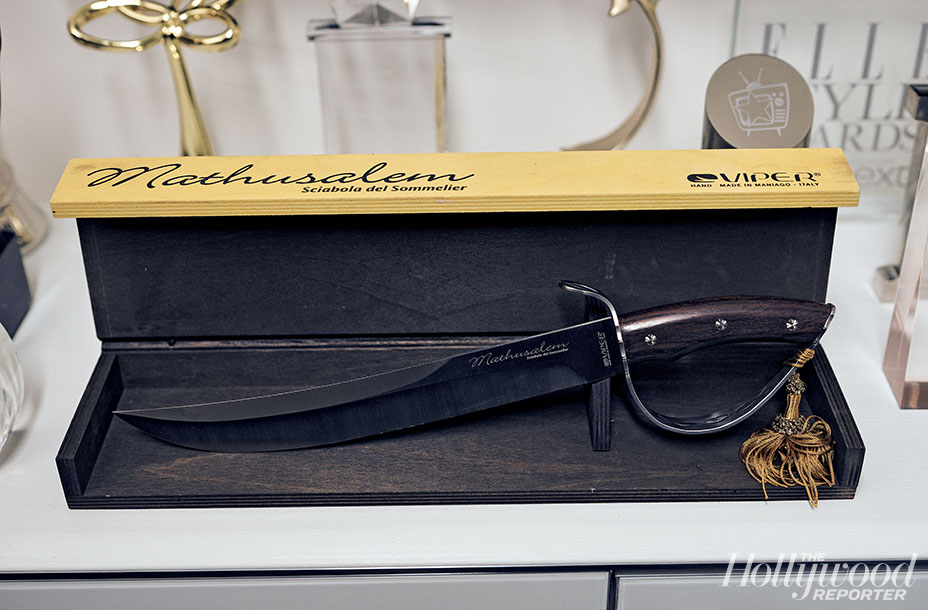 Given the time it took to put the Downton film together, has there been any talk already about doing the same for The Gilded Age?

God, no. Downton only moved from the screen after an extraordinarily successful first season in the autumn of 2010, and then six years of a successful TV show and then a gap. That’s a 10-year journey. Right now, the focus on The Gilded Age is purely to make a beautiful-looking and beautifully performed, entertaining and smart, witty, enjoyable TV show.

But if it does go on to become successful and the wheels start moving on the Downton movie sequel, given your close working relationship with Julian Fellowes, who writes everything, will there become a point where he simply doesn’t have the capacity? Would he ever hand the reins over to someone else?

Well, it hasn’t really been an issue yet. We managed to make Downton work with a very clearly defined set of rules about how we’re going to work, keeping it close and not having too many cooks. And doing projects in sequence. But it’s not impossible as we go on, if The Gilded Age ran for a while, that other writers would be put into the mix. 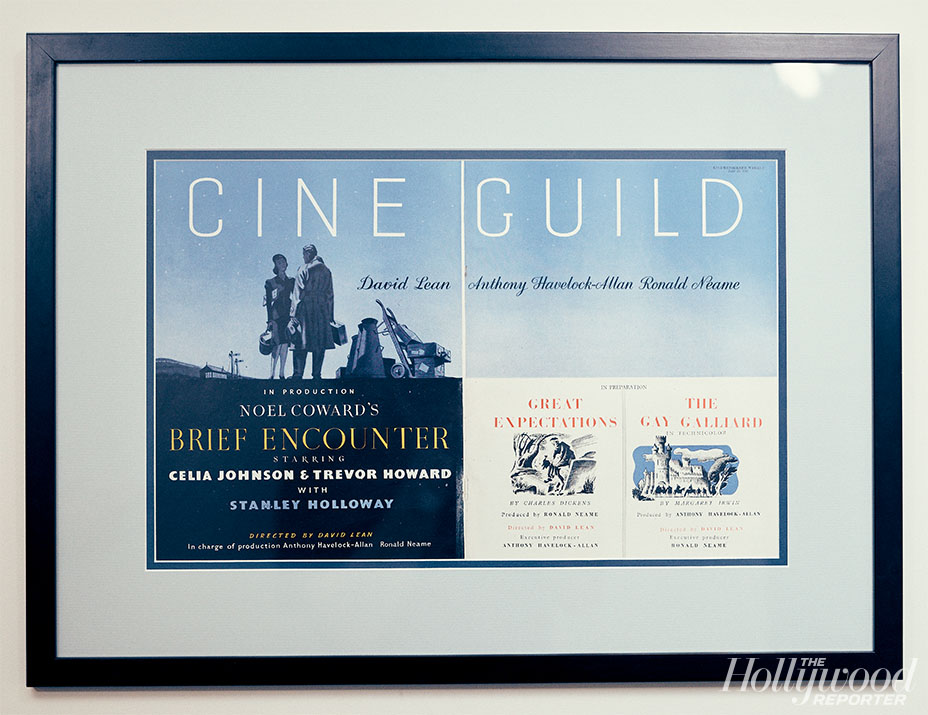