Hulu’s miniseries Catch-22, all six episodes of which premiered on the streamer May 17, is not Hollywood’s first swing at adapting Joseph Heller’s satirical and confounding 1961 novel. The late film director Mike Nichols first brought it to the screen in a 1970 feature — but the movie was eclipsed by another wartime black comedy, Robert Altman’s M*A*S*H. Nichols knew he had a miss, admitting in one interview that during production he felt like he was pregnant with a dead child. “Such a lovely way of putting it,” jokes George Clooney, who didn’t let the title’s checkered screen history stop him from stepping in as executive producer, director and actor on this TV adaptation — which THR‘s reviewer called “surprisingly good.” Clooney — together with stars Christopher Abbott and Kyle Chandler, writer Luke Davies, producer-director Ellen Kuras, and Grant Heslov, Clooney’s longtime producing partner, who also executive produced, directed and had an onscreen role — spoke with THR about how they cracked the code on this complex World War II comedy.

Catch-22 has been a notoriously difficult novel to adapt, so why take another stab at it?

GEORGE CLOONEY We got a call about it and we said no. And then we read Luke and David [Michôd’s] scripts and they were absolutely fantastic, and we thought, “Well, now we have to.”

LUKE DAVIES It had been 40-plus years since the last attempt, and it felt like we’re in a new era where we can tell bigger stories on TV. It felt like a moment to do it.

Did you have any hesitations?

GRANT HESLOV It wasn’t so much the past adaptations; it’s just that it’s a revered book by many, so you just want to do it justice.

CLOONEY We couldn’t find anybody good, so we got Chris.

HESLOV He was the best available for the price.

CLOONEY Actually, Kyle was not cheap. We didn’t tell Chris, but we paid Kyle all the money. And we had to pay ourselves as actors — and I’m not cheap, you know.

Chris, what was it like to walk into a project with such big stars?

ABBOTT What was your joke about that? Sexiest man still alive?

ABBOTT Well, George broke the ice [at my audition] by greeting me with a leather helmet on. So that was strange.

CLOONEY I wear it often. [It’s from 2008’s] Leatherheads. It was a big flop, so we always like to remind ourselves when we’ve had big flops. I wear the Batman outfit a lot, too.

ABBOTT That was for Kyle’s [audition].

HESLOV Chris came in and probably after the second line, George and I looked at each other and we knew he was the guy.

ABBOTT I thought they were talking and not paying attention. 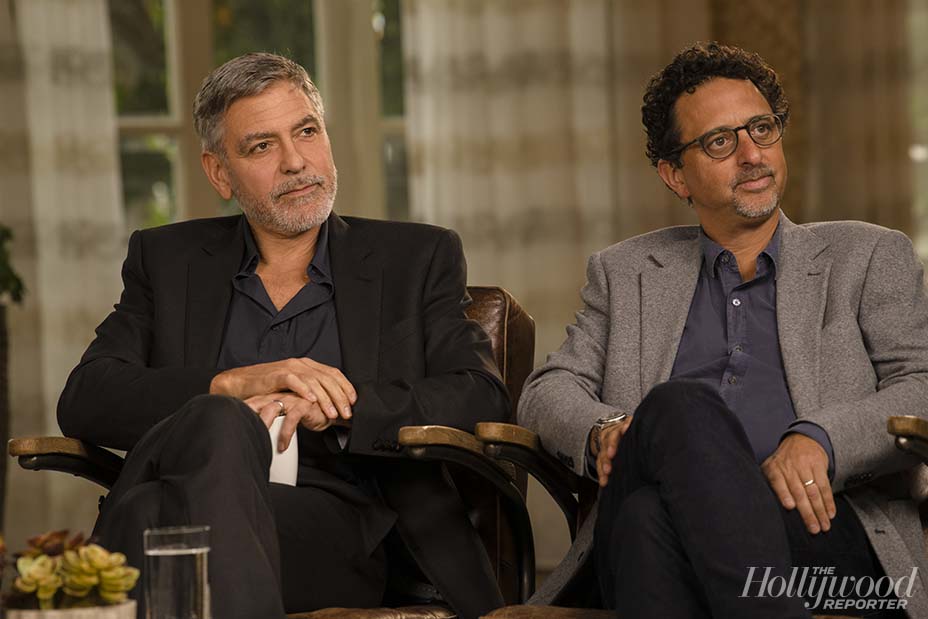 The novel has been criticized for its treatment of women. How did you remedy that in your script?

DAVIES We wanted to be reverential to this iconic novel, we just felt that we had to expand the world — and that included their relationships with the women. There are not many, but we wanted to give them a greater sort of three-dimensional depth.

ELLEN KURAS They’re very well defined, and they actually have a sense of themselves, a presence that you don’t find in the book or in the movie.

CLOONEY It helped bringing Ellen on because we wanted to have a point of view not just from a bunch of old guys. And nurse Duckett is played by Tessa Ferrer, who’s first of all probably the most moral character in this thing — and she also happens to be my cousin. She was on Grey’s Anatomy. She’s a wonderful actress, but we do try to keep the family working.

KYLE CHANDLER It’s universal — people caught into a reality that is absolutely absurd. I hadn’t read it in high school, so when I read it for the first time, I offered it to a friend of mine who’s in the military. And he said, “Kyle, it’s one of the funniest books I’ve ever read.”

CLOONEY Absurdity is really the key to this whole thing. The minute we think that there’s anything normal about old men usually making decisions and young people dying, we have a problem. And it’s so important to remember that. 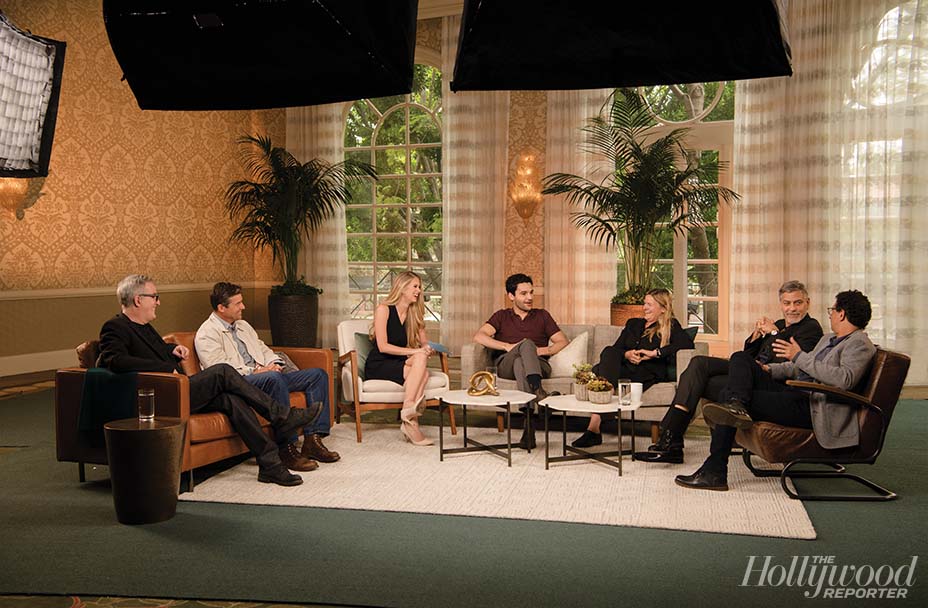 Any Trump references in the show?

CLOONEY There’s enough absurdity in our lives right now that we didn’t really need to reference it. I think everybody understands that. It’s not just here. You look at what just happened in Brazil, the Philippines, Hungary, Venezuela, go down the list. Authoritarianism, it’s crazy. It’s always sort of hovering —the feeling of, like, “Wow, we’re in strange times.”

George, this is being billed as your return to TV. Does it feel that way?

CLOONEY I thought I should have like a tiara or something.

CHANDLER Bring it out!

HESLOV We consider this a six-hour movie. We always talked about it that way.

Chris, you were in nearly every scene and were having to do costume changes in tents …

CLOONEY He didn’t wear a lot of costumes.

Well, there is quite a bit of male nudity. Were you prepared?

ABBOTT I read the script so I knew that was in there. I was hoping they’d just forget about it by the time we started shooting.

CLOONEY You looked very good naked, though. I want you to know that.

ABBOTT Thank you. That’s most important, and that’s what I want people at home to take away from this show.

CLOONEY Instead of Emmys ads, for Chris we’re going to take out For Your Consideration for Sexiest Man Alive 2020 ads. We’ll get it for you, don’t worry.

ABBOTT I appreciate it. But the nudity couldn’t be more justified. 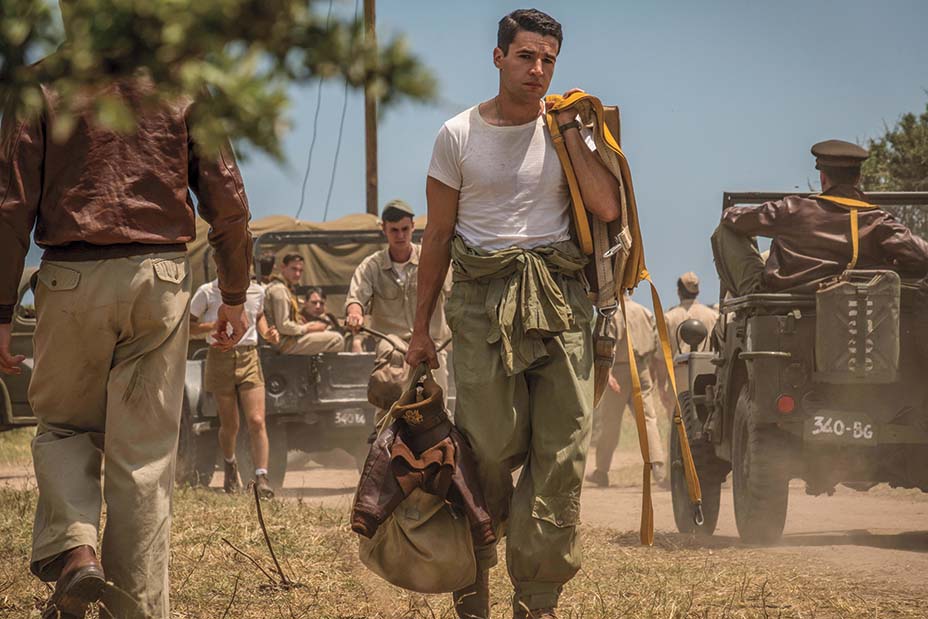 So you don’t feel it was gratuitous?

CLOONEY Oh no, we do have some gratuitous male nudity. Like, the shower scene with all the guys. We didn’t have to do that.

KURAS I made sure I was on set that day.

George and Kyle, how’d you two get out of that one?

CLOONEY Well, nobody asks us to be nude anymore. Have you noticed that?

CHANDLER Yeah, they saw me nude and they said, “Nah.”

ABBOTT You showed up, too.

George, initially you were going to play the character Kyle ended up playing. What happened?

CLOONEY As I looked at it to exec produce and direct, it was too much. I didn’t have the bandwidth. And all kidding aside, I could never have done anything near what Kyle did. You see Kyle doing these beautiful speeches on Friday Night Lights and it’s inspirational and it’s like The Gipper. He’s Jimmy Stewart, you love him. And to have him be this maniac is absolutely a blast.

CHANDLER It’s the most fun I’ve had in a long time. I’d gotten a call saying that George Clooney’s going to give me a call, and I thought, “Christ, what have I gotten myself into?” But it was sort of a no-brainer. You don’t say no.

HESLOV You wanted to go to Italy.

CHANDLER Well, that too. 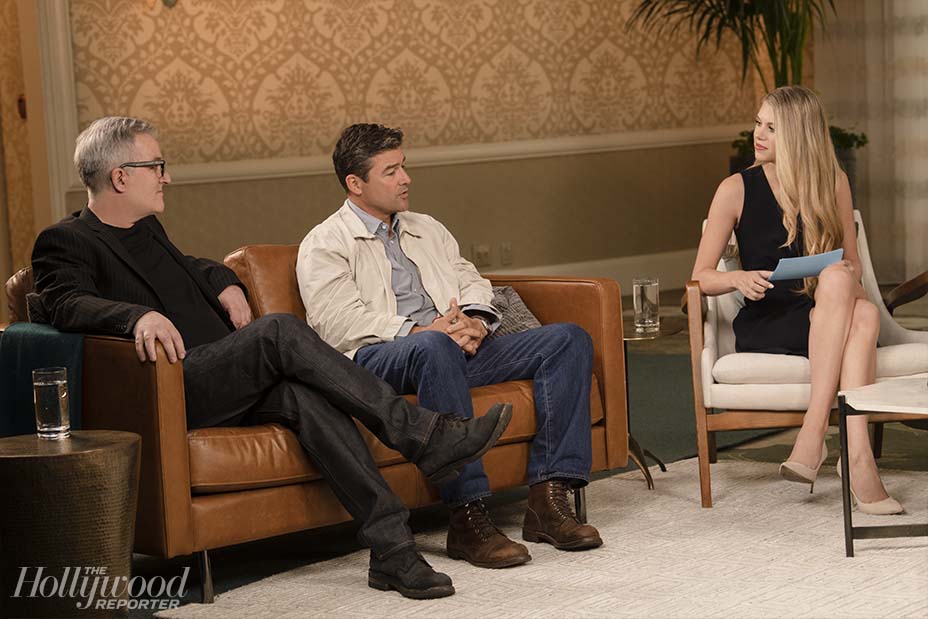 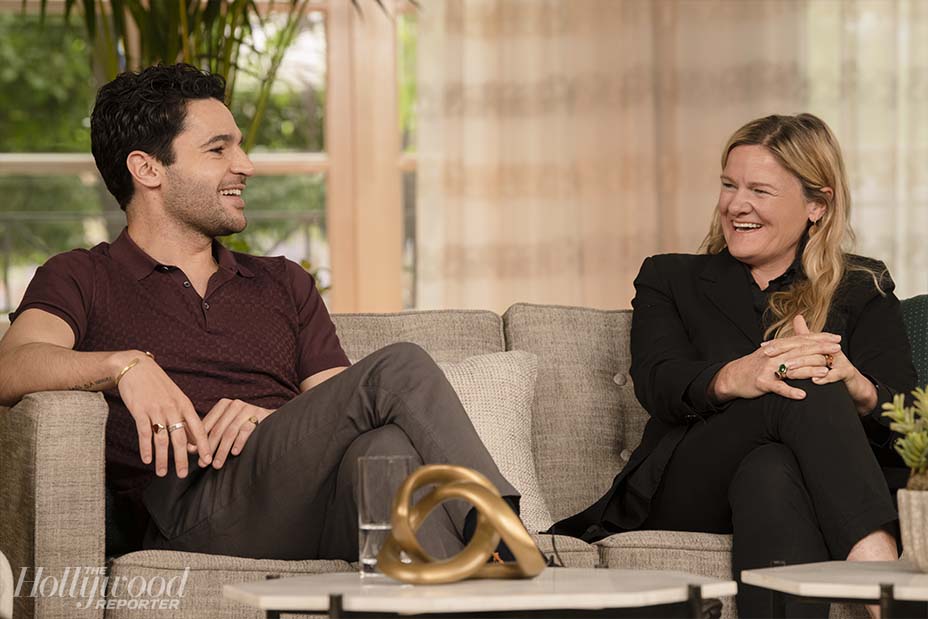 You shot in Sardinia and Rome. What’s your favorite Italy memory?

HESLOV No one had a better time than Kyle. His family came out. His beautiful wife was with him. It was like a paid vacation.

CHANDLER Listen, it wasn’t that easy. It was still work … but we’d finish the evenings and sit out on the Mediterranean and have a martini and a nightly cigar. Listen to Hugh Laurie tell stories. It was beautiful.

HESLOV He had this little motorcycle.

CLOONEY I crashed a motorcycle. That was a really fun time. I’ve learned that I really, actually, cannot fly. I learned that lesson really well.

CHANDLER Well, you did fly, actually. You did a pretty good job of it. That was a great wreck in my opinion.

CLOONEY It got both Grant and me, after 40 years of riding together, off of motorcycles for good. I had to quit. It was bad. I hit [a car] at 70 miles an hour.

HESLOV I made a deal because literally we were on the side of the road. I was holding him as we were waiting for the ambulance, I said to myself, “If he lives, I’ll never ride a motorcycle again.”

CLOONEY It split my helmet in half, it knocked me out of my shoes. I was hit hard. I was just waiting for the switch to turn off because I broke his windshield with my head, and I thought, “OK, well, that’s my neck.” If you get nine lives, I got all of them used up at once — so I can let go of motorcycle riding for a while. 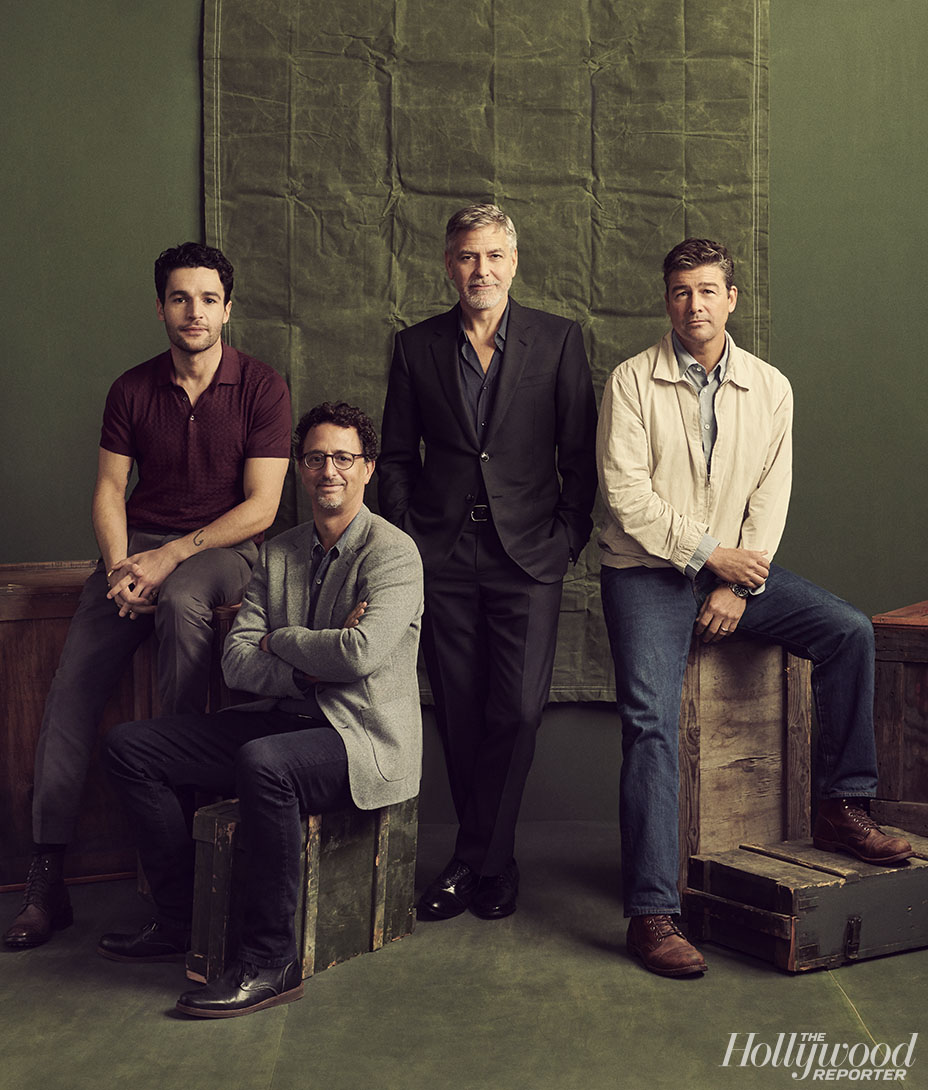