He is really staring at himself because the perpetually bronzed George Hamilton has reprised his role as Mr. Sanders, albeit a more sun-kissed version affectionately referred to as “the Crispy Colonel.” So that’s him lounging on the oversized Sanders floatie ready to bite into the restaurant chain’s latest offering (also available with mayo and pickles on a bun or in other versions Smoky Mountain BBQ, Nashville Hot and Georgia Gold honey mustard BBQ.)

AMC Theatres to Sell Up to 425 Million "APE" Preferred Shares

“My life has become very bizarre,” explains the veteran star who, as part of the campaign, “makes his bronzed return on a yacht, aptly named The K.F.Sea, living his very best, extra crispy life,” according to KFC. “I don’t know why they chose to have me back but it’s a very big honor because there have been a lot of people — really good actors who I have a lot of respect for — who have done it. I never thought I’d be asked back.”

The actors Hamilton speaks of include Ray Liotta, Reba McEntire, Rob Lowe, Darrell Hammond, Jim Gaffigan, Rob Riggle, Billy Zane, Vincent Kartheiser, Norm MacDonald and others. But because Hamilton is now back in the saddle as Sanders, The Hollywood Reporter talked to the 78-year-old actor about reteaming with KFC, what’s new with his skin care routine and the message he has for chickens of the world. (Hint: He’s not the enemy.)

What is the process like of slipping into that costume?

The costume is really easy. I wanted to grow the goatee and mustache (myself), and I got part of the way but they said, “Don’t do that, you’ll put people out of work.” So, I shaved it off. The voice, I detected it first. I met the Colonel years ago when we were on a radio show in Ohio. I saw a side of him; he had another side of his life and I can’t say it was darker. Let’s just say that he had seen some sunsets I hadn’t. Commercials were sort of taboo 30 years ago, and now you can be known more for a commercial than you can for a film. I’ve walked through airports with top, top actors and people come screaming up to me, “Oh, you’re the Colonel!” It’s the strangest American phenomenon. There is a huge amount of production and finances put into a commercial and it’s made and shown everywhere all the time.

This part plays off of your iconic tan. What were the conversations like about whether or not you wanted to poke fun at yourself with this?

I’m the only guy I know who has parlayed a tan into a career. How many guys went to the beach and it just worked out great? Now it’s looked on as hazardous work. I was a gangly, funny kid. One summer, I went to the beach in Florida and got a tan and I suddenly had girls hitting on me. For years, I would go sit all day at the beach even when I was in school in Palm Beach. I would spend four days on the beach, and in those days, a tan was considered a symbol of success. My skin is just fine and I’ve been in sun more than any human being that I know. I’ve enjoyed making a joke of it myself. I am self-deprecating that way. I like being the joke about the tan. The tan has helped me more than anything.

What is your skin care routine like these days?

I don’t want to sell anything, but I found something years ago that is extraordinary for tanning and I use it regularly. What it does is that it turns the actual sun into something that helps the skin. It actually makes the sun your friend and it helps your skin. I’ve been using it for years.

Can you say what it is?

No, I’ve never marketed it or sold it. Skin care is very simple: You can moisturize it, exfoliate it and hydrate it, and that’s about it. I don’t think anyone has had a better tan than I do, and nobody has been paid better than I have. I’m extra crispy.

Do you have a favorite KFC menu item?

I sure do. First of all, I love the three sandwiches that are all versions of the basic extra crispy sandwich. It’s terrific — hand-breaded and made from scratch. They have a pickle and mayonnaise on it. It’s my favorite, the Original Crispy, but I found the Georgia Gold has a honey mustard on it. I’d like to put that on all of it. The Nashville Hot has a tang to it — you still want to put the honey mustard on it as well. The thing about it is that it sounds like I’m selling chicken and guess what? I’m selling chicken. Chickens look at me and run now. I want them to know I’m a friend.

You know, there are a few lists floating out there on the internet that rank all of the celebrities who have played the Colonel Sanders part. Present company excluded, do you have a personal favorite?

This guy George Hamilton. (Kidding.) Here’s the eye opener: I thought I would be hiding behind this character and nobody would know it was me. The first day it aired, maybe 30 friends called me saying that they saw me. This is another role and a fun character. I’m such a fan of guys like Ray Liotta — he’s a wonderful actor, but I didn’t know that it was him as Colonel Sanders.

At 78 years old, how do you feel about work these days? Any plans to retire?

The thing about getting older, you are surprised that you are working and it just keeps coming. I finished a series four days ago, American Housewife. They ended up killing me and it was really successful. I died off but they came back with a proposition of me coming back in videos that they later discovered. I thought, “This is wonderful. Maybe I can do this in real life and my sons can collect all the (residuals) after I’m gone.” The bottom line is that you kind of think old age is going to rule you out of a lot of stuff, but it doesn’t. For some reason, younger kids are relating to older traditions. But about work, I’ve got an offer to do another series. If I can live for all of the work, I will be around until I’m about 100. If I don’t live, I will make those films now and they can release them after my death like on American Housewife.

Reboots continue to be big business in Hollywood. Are there any of your shows or movie projects that you’d like to revisit?

We’re working on Love at Second Bite, and I want to do that continuation of that, which is [1979’s] Love at First Bite. Who knows what else? I’ve been blessed by it all, and I love it all. I never took Hollywood or myself all that seriously. I always had a backpack ready to go with a thought that I would leave when I was told it was over. That never happened. 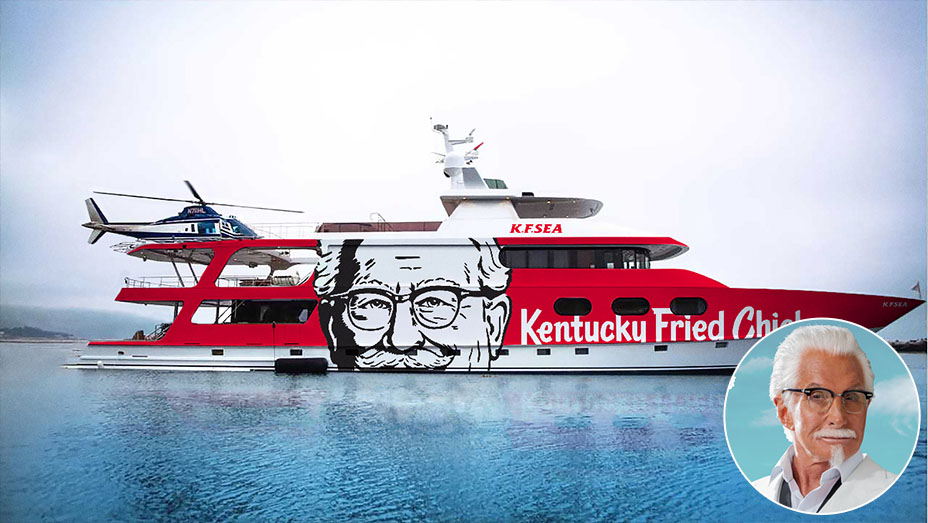