It was a big night at the 91st Academy Awards for Green Book actor Mahershala Ali, who won awards for best supporting actor and best film.

Alonso accessorized the tux with a pair of Christian Louboutin black patent leather, velvet and suede dress shoes and a Cartier watch. “He doesn’t like blingy things but I try,” Alonso told The Hollywood Reporter. 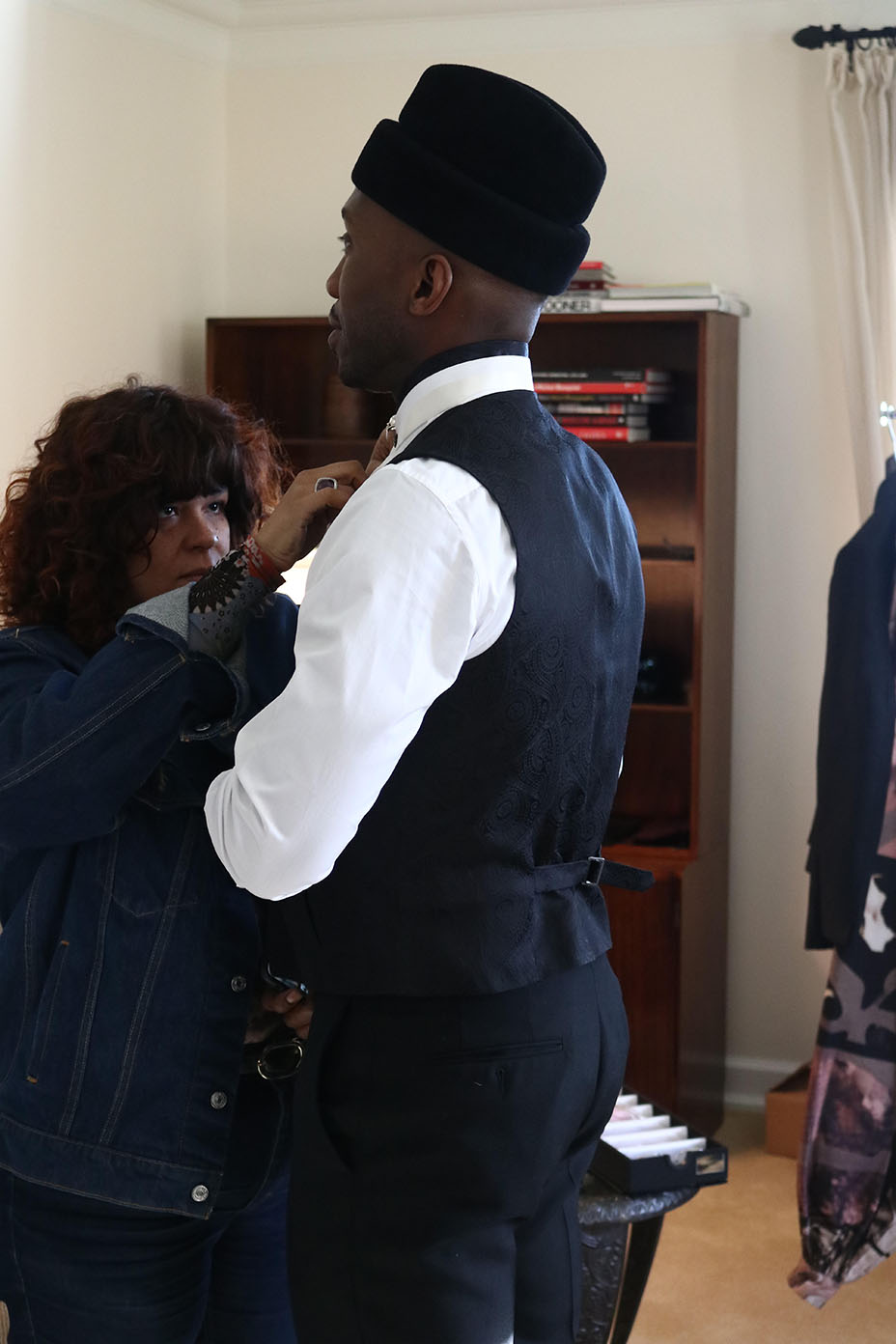 A true collaboration, the actor and his stylist spend lots of time in the run-up to red carpets, creating unique looks that convey a bit of personality. “Mahershala is always sending me photos of what he thinks is cool and what we can do to bring up the tux to another level. We wanted to give it more personality, so we chose some transparent framed glasses to keep it clean,” said Alonso, who brought in British luxury eyewear brand Cutler and Gross to design a pair of custom frames for the night. “We kept going back and forth about the size of the frames and they did a great job.” 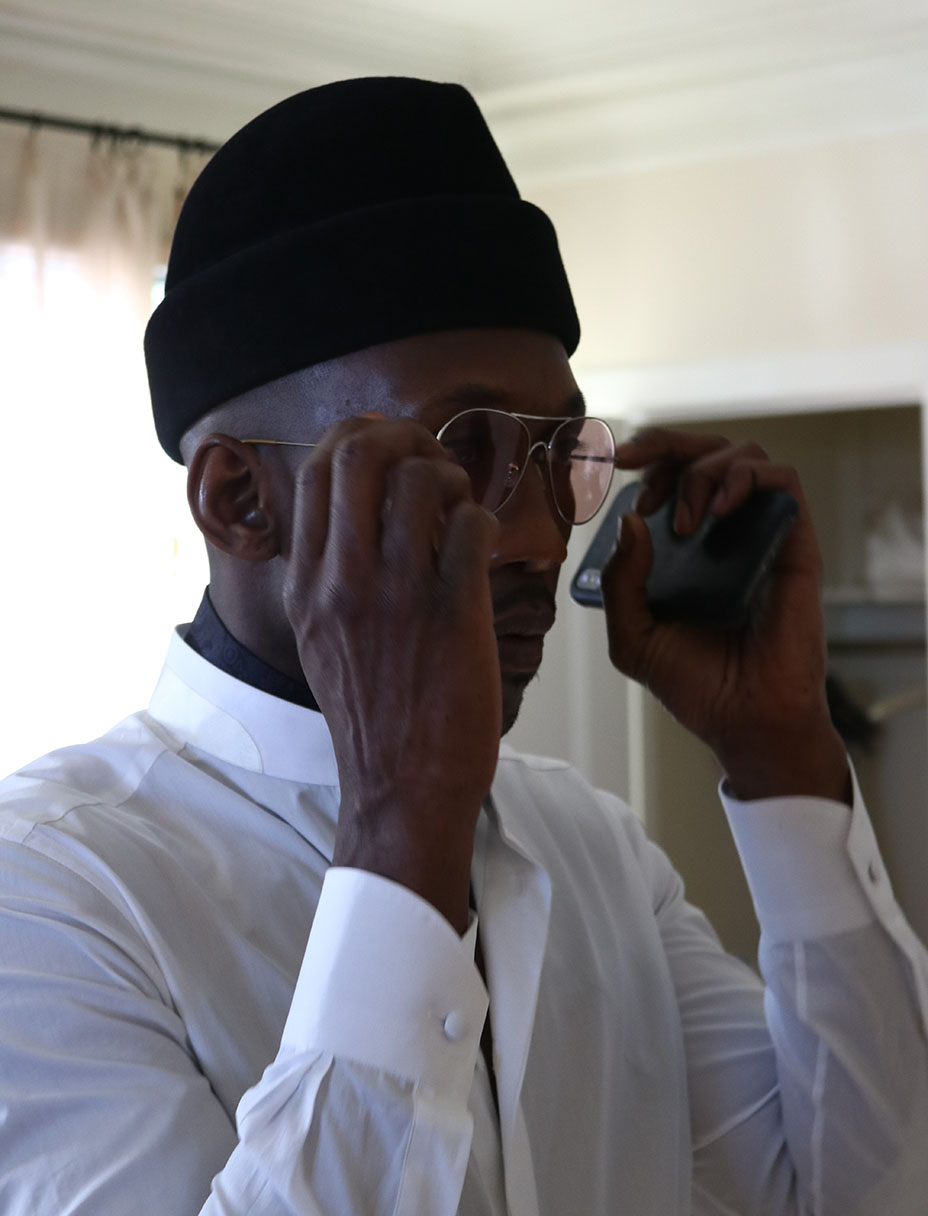 While the custom Zegna tux had been picked out previously (the actor also wore the label at the 2017 Academy Awards), Mahershala’s scene-stealing hat was a last-minute addition according to Alonso. “The Gigi Burris hat was a custom-made piece that was a last-minute thing. It’s a play on a Jinnah cap. He had been sending me a lot of photos of hats, some African looks, some fez hats and we decided to something that was rounder on the top. It was one of those final ideas and we said let’s do it,” said Alonso. “We did a lot of research and found Gigi Burris. They were really excited to work with us and it was a fun collaboration.”

Alonso also sourced a vintage black jet button to add to the Mandarin collar of the shirt. “He was super excited about that. That’s what I like about working with him, it’s always about the details,” she said. 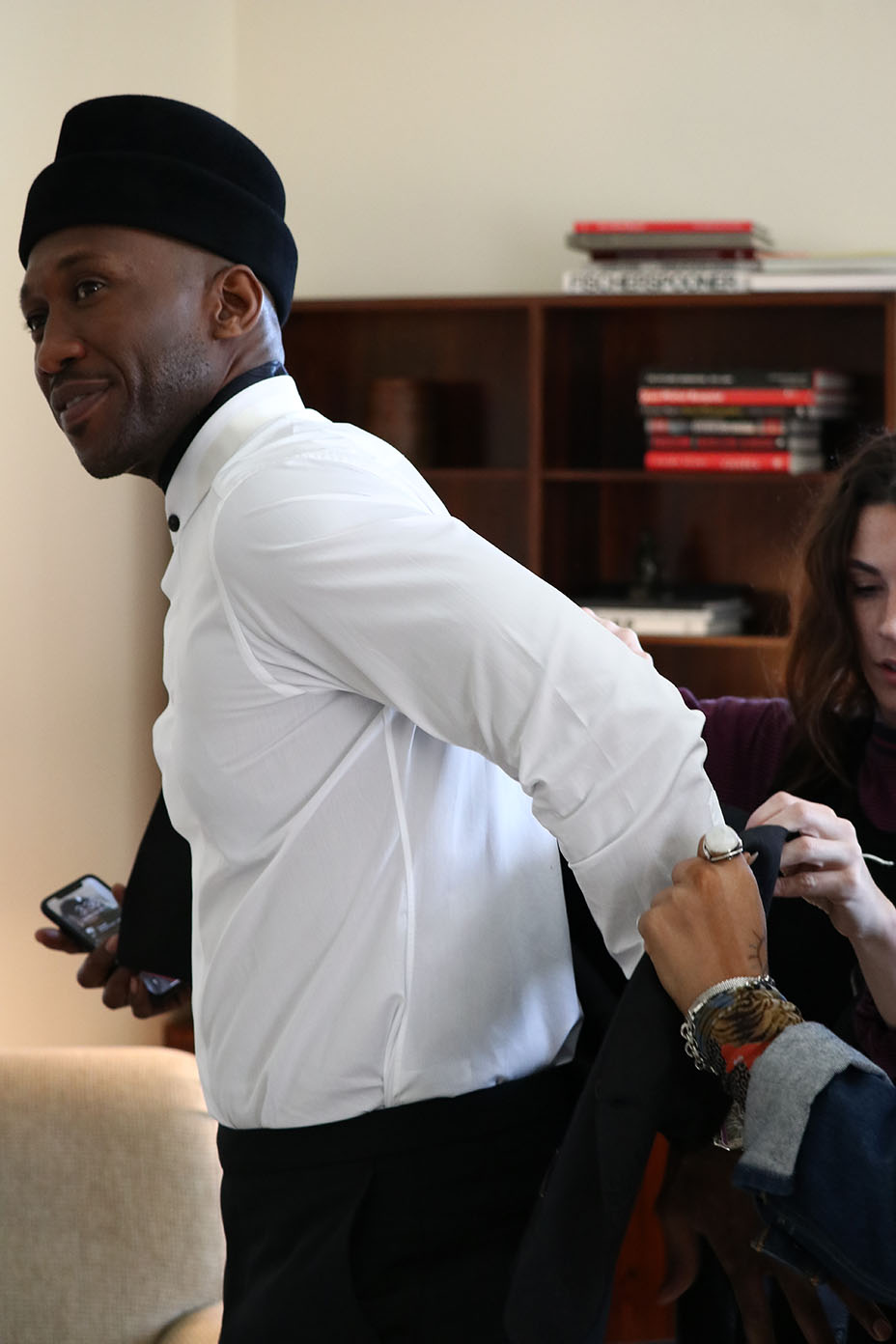 Ali’s date for the night was his wife (actress-artist-musician Amatus Sami-Karim) whom Alonso also styles, and so she took into consideration how the couple would look as a pair out on the red carpet. “When they are together, I want every detail to go together, from the shape of her hair playing off his hat and her dress with what he’s wearing,” she said.

Sami-Karim wore a custom marble-printed dress with a contrasting lilac sash at the neck and waist from L.A.-based clothing brand 69. “It’s really hard to find a unique piece that she’s into so Amber at 69 always comes up with pieces that are great,” said Alonso. “They looked amazing together.” 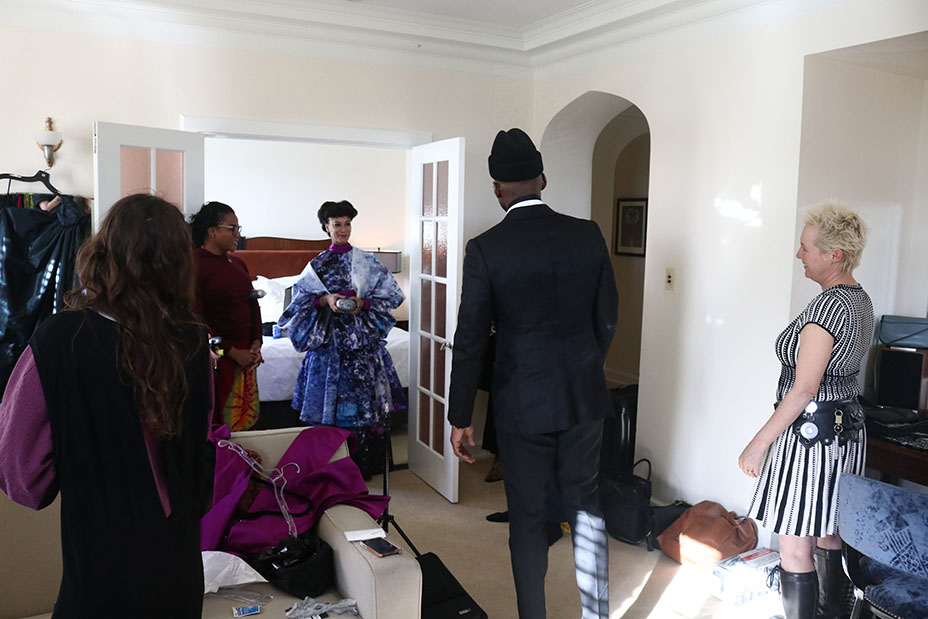 When it comes to prepping mentally for the big day, Ali has his rituals he likes to stick to before awards shows, says Alonso. “He does his own grooming and cuts his own hair,” she said. “It’s all about music and vibes. This time we were listening to a playlist that he had created for Apple Music. Then he meditates to get some inner peace before he goes out into all that madness.” 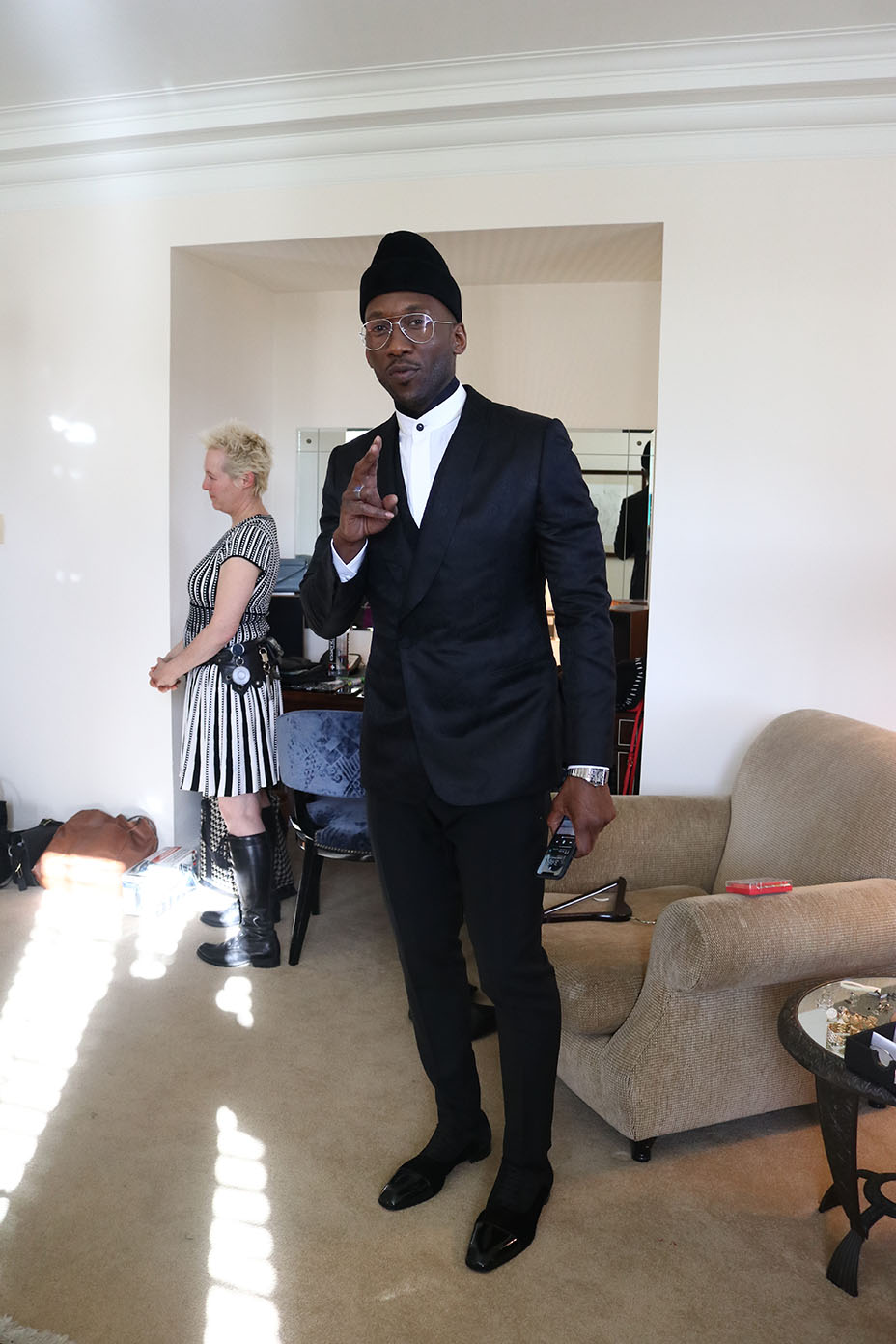 The actor even steams his own clothes as part of the process. “When I try to take stuff to steam it, he’s like, ‘Don’t mess with my vibe’ so I just stand back and let him do his thing,” says Alonso. “He’s an amazing human being and deserves all of this.” 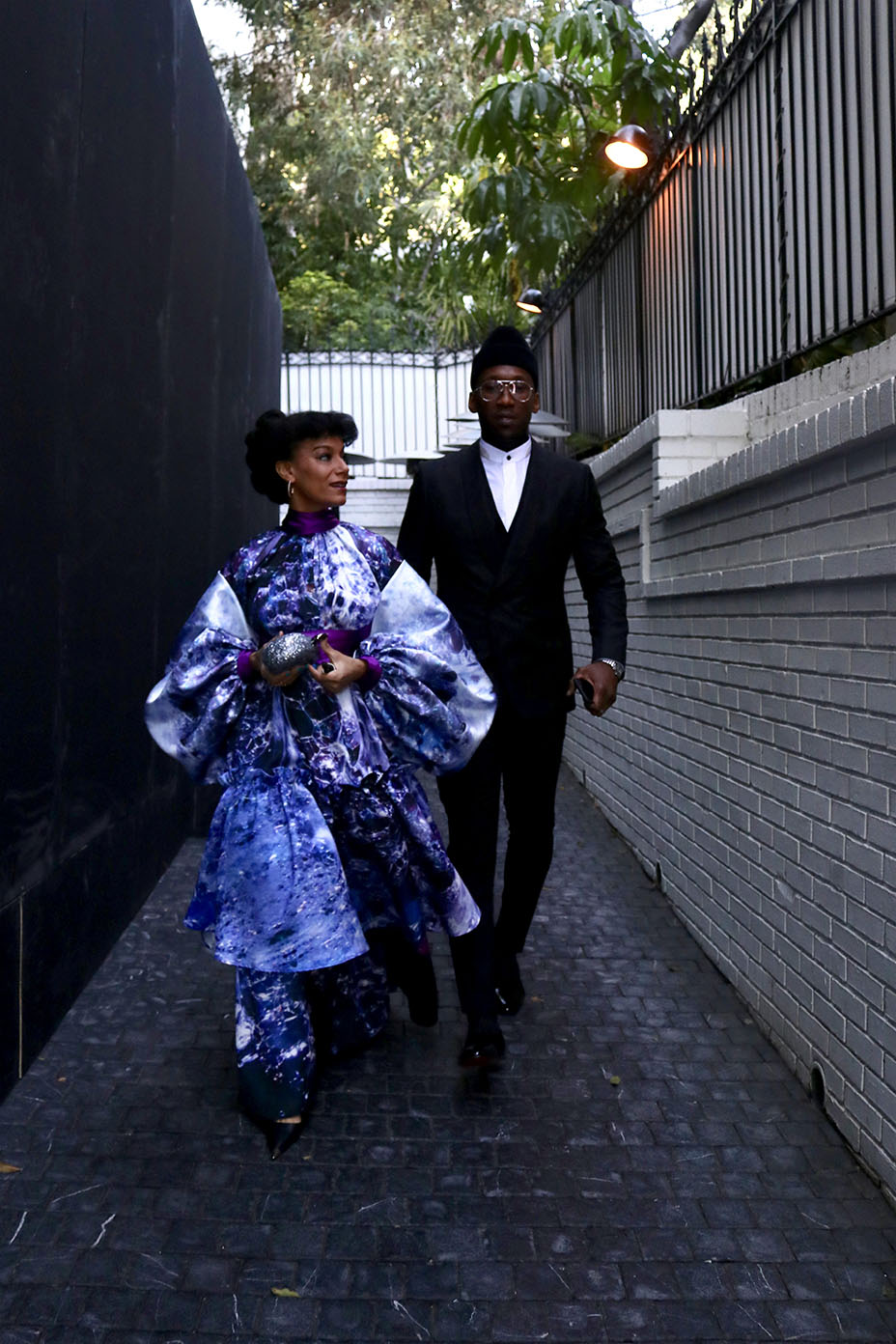