Giancarlo Esposito knows you’re not supposed to root for the villain. The good news? He feels he doesn’t play any “bad guys.” This year he’s nominated for two Emmys: supporting actor in a drama for his role as understated yet chilling drug kingpin slash restaurateur Gustavo Fring on AMC’s Better Call Saul and guest actor in a drama for his performance as intergalactic antagonist Moff Gideon in Disney+’s The Mandalorian. “I believe that humans have their dark and their light side,” says Esposito. “But we have a choice every day of our lives and every moment that we live to investigate where we want to stand in the right and the wrong, the good, the bad and the ugly.”

Guest Column: 'The Survivor' Looks to History to Grasp Our Complicated Present

You’re nominated for two very different shows in which you star opposite adorable bald guys. How would you compare Jonathan Banks and Baby Yoda as co-stars?

Oh my goodness, I think they are polar opposites. I have a deep love for Jonathan Banks. He’s a brilliant actor. I love working with him, but he is the antithesis of Baby Yoda, who is so sweet and kind and measures his words, or her words, wisely, and is just so lovable. Banks is a lovable human being, so that’s one thing they do have in common. But, something about the Child just melts my heart.

Despite the fact they exist in totally contrasting universes, do you see any similarities between Gus Fring and Moff Gideon?

There are always similarities for me with certain shows that are, in a way, mythological. There is a power struggle going on in the world that they live in and they have determined that they can right something, make something, do something better, make it work more efficiently, try to bring all the people together in one way or another. The secret is, is it for their own good or for the good of the world? 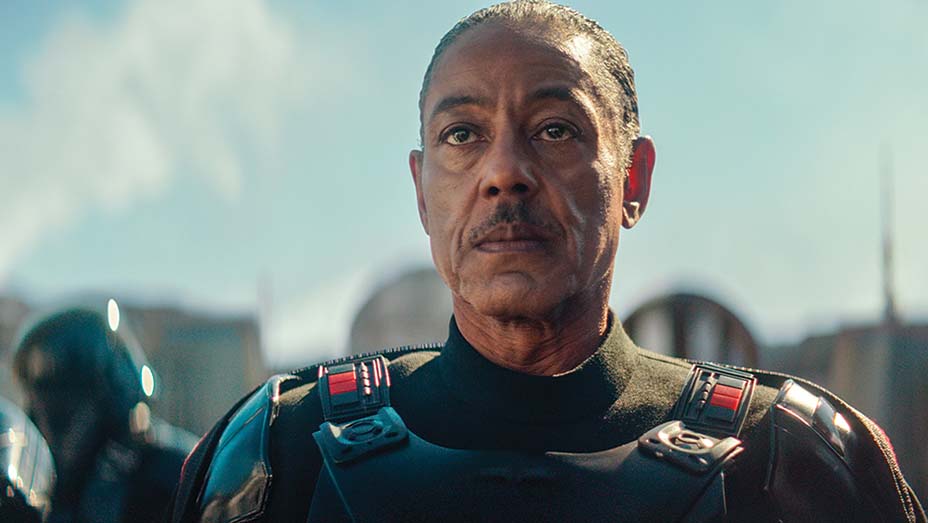 You’ve seen Gus’ future in Breaking Bad. What are the challenges of making sure his character evolution in Saul is authentic when you have that knowledge?

It’s to forget about that knowledge. You’re not playing the end; you’re playing the now. So be present with whatever emotions come up and realize that in this present is a character that you’ve never played before. To forget about what happens to Gus in the end and create a character that’s maybe more vulnerable, maybe more sensitive, maybe a little more hot-headed, maybe not so controlled was a challenge. And those were the subtle details that I tried to bring to this Gus, who is years away from the Gus that we knew in Breaking Bad.

And that Gus is somehow both extremely likable and really, really scary.

Yes. Yes, I agree with you.

Was there any moment in this most recent season of Saul where you feel like we really see that balance?

Yeah, there is. I was filming a scene in season five — and I don’t want to spoil it for anyone — where Gus has to take action and destroy some property. He’s sending a message in a way, trying to divert the trail of suspicion from Lalo Salamanca. Gus is surveying the damage and has a scene with Mike. In that scene, I felt like I was having too much emotion. Gus is cooler than that, Gus is calmer than that, Gus is stealthier than that. And I said nah, Breaking Bad Gus is, but this Gus is different, so why don’t you just take it in a new direction? I had to remind myself that this is the Gus before the Gus that I knew and was used to playing. So there was the gem, and my emotions were in the right exact place. I was angry and it showed through more than it ever would have in Breaking Bad. I would have masked it, especially with Mike. But within this scene I did not. And that was the choice I made in the moment that I doubted, but it was the perfect choice for the scene and for Gus.

What do you hope to explore in Gus’ character before Saul ends?

I’d like people to know more about his past. It all goes back to the coati monologue I had in season four of Saul. Gus is vulnerable in that monologue, talking about his childhood. In my brain I’ve created a whole backstory for him to make the character full. That he came from military royalty and probably could’ve led the country that he lived in, Chile, if he had decided to do that. My backstory is that Gus didn’t want that. He wanted to break out on his own and he is a true businessman — even though some of the things that he does to get what he needs from people for the organization, which he plans to take over, are nefarious, he still is calculated and very cunning and, in a way, very much the entrepreneur.  I’d like to know more about his upbringing and what brought him to this point. Did he have a family? Did he leave a family? Who were his parents and what was his background? It would be an interesting investigation for maybe a limited series. 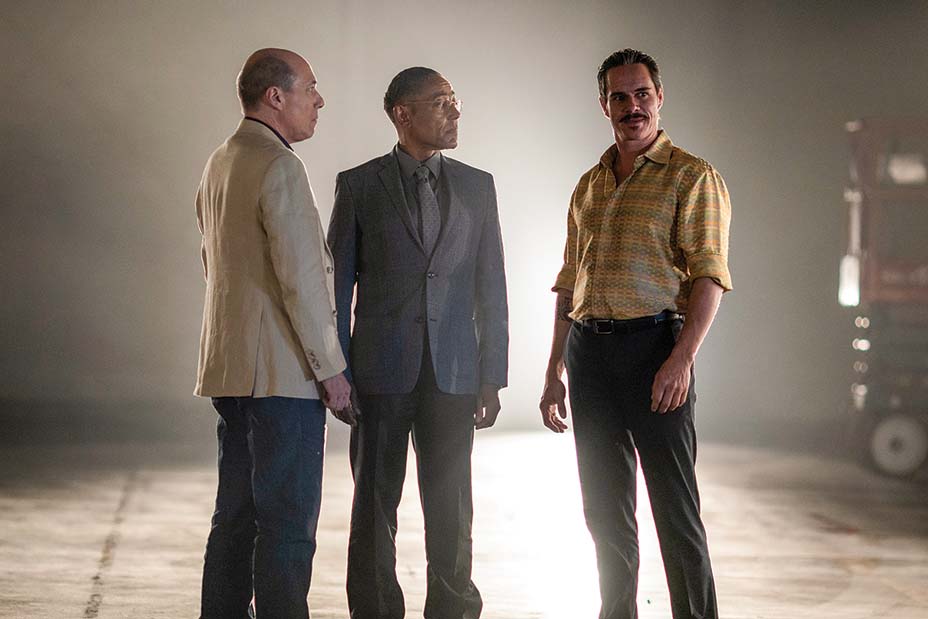 Part of the appeal of Gus is that you know you’re not supposed to root for the “bad guy,” but you still do.

Yes, because I wanted to make him human. With a character you put on a mask to be “the bad guy,” “the villain.” But are we villainous? Many of us have moments that we’re not proud of, and that comes from not being able to look into our own selves to see who we really are.

We do have a choice every single day of our lives and every moment that we live to investigate where we want to stand in the right and the wrong, the good, the bad and the ugly. Some of it comes out of our insecurities that we have grown up with and embraced and say we can never change. You know, “I’m insecure, I don’t want to say I’m wrong.” We see it in our country now. We are unable to go, “Look, I made a mistake, now let me fix it.”

Now we’re having to look into ourselves amid a pandemic and protests against racial injustice. What role does art play in helping us get through things like this?

Art is a safe place, and it allows us to be enthused again and in wonder and in a positive place where we can look at ourselves as elements of change. I have always looked at my work as a very deep and measured spiritual journey. I don’t feel like it’s a paycheck. I don’t feel like it’s a place for me to self-aggrandize myself. I feel like I’m an instrument, and in my case I have been very blessed to be an instrument of good writing. We need to look at things that inspire us now, inspire us to stand up and go out there and peacefully protest and say we want change and we’re not going to stop until it happens. It also inspires us to know that we are the element that creates our own safety in the world, if we spread that, if we move that forward.

I believe entertainment allows us to see images of ourselves or possibly of who and what we could be. Yes, this time is a very, very intense time in our history. But I also feel like, this time, it’s out with the old and in with the new. Things sometimes have to come to a crashing halt to be renewed, and the main thrust and the main focus of that renewal comes from people realizing and understanding their humanity again. And that to me is important. A little thing, like wearing a mask or not, is a very important [statement] about, well, are you for yourself or are you for all? If you don’t look into yourself at this particular time in history then where are you looking? I think that’s going to make the difference in the months and years to come — that people start looking to where their heart is and asking themselves, “What do you really want, why are you really here?”