An iconic Parisian setting, a beautiful white gown and a gorgeous girl named Gigi — the only element missing was French actor Louis Jourdan singing about sparkle turning to fire.

Gigi Hadid was the star attraction at Wednesday evening’s party at the Hotel Salomon de Rothschild, hosted by jewelry house Messika to celebrate the 10th anniversary of its signature collection, Move. Creative director Valerie Messika was seeking the perfect way to commemorate Move, sleek pieces that feature floating diamonds — so why not a collaboration with, in her words, “the most amazing woman”?

At Dries Van Noten and Maison Margiela, It's All in the Details

Hadid arrived just before 10:30 p.m., wearing a white gown from Brandon Maxwell’s spring  2018 collection. (In a fitting bit of kismet, it’s the same one her sister Bella wore on Maxwell’s New York runway earlier this month — who says sisters can’t share clothes?) The dress proved the perfect framework to showcase the resulting collab, a 12-piece collection that’s been dubbed Move Addiction (priced roughly from $990 to $135,000); Hadid wore the high-jewelry choker, ring and ear cuff from the collection, all in 18-karat white gold embellished with diamonds.

Not unlike her “TommyXGigi” partnership with Tommy Hilfiger, which enjoyed its latest debut in London last week, Hadid was intimately involved in the design of Move Addition. “We had so much fun,” she said of her work with Messika. “I love getting into creative experiences in which I get to learn something new and challenge myself. Valerie just got me, and I think we have very similar styles in just wanting our diamonds to work for us on an everyday basis. Obviously we can glam it up like tonight, but we just want to be able to put great diamonds with jeans and a T-shirt, and for it to make sense of our life.” 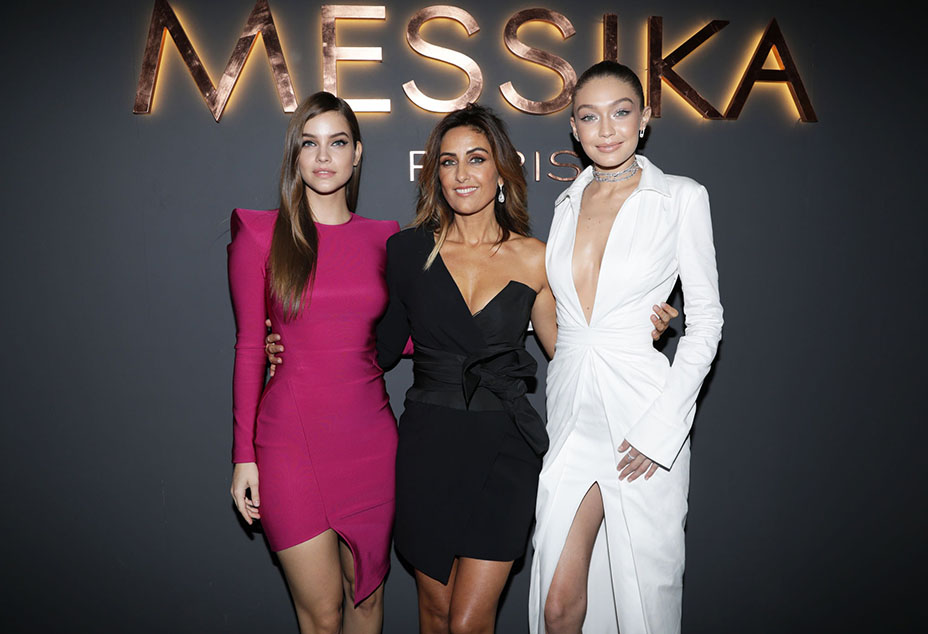 And glam the night was, from the string quartet and dancers in flowing gowns that greeted guests upon arrival to a series of sparkling rooms that was capped by a Messika “nightclub” that wrapped just after 2 a.m. Guests included Vincent Cassel, Natalia Vodianova and Olivia Culpo — both women wore Messika’s single diamond ear cuff, a look that’s at the top of current red-carpet jewelry trends. “I love the mismatched earring; it’s fun and more of a statement,” Culpo said.

The second chapter of the collab will debut in January, according to Messika. (The business is a family affair: Her father, Andre, is a well-known diamond distributor and supplies all the stones for his daughter’s house). Like the just-debuted collection, that campaign featuring Hadid likewise was photographed by Mert & Marcus in New York.

Given the friendship that has formed between Messika and Hadid — out in the garden of the Hotel Salomon de Rothschild, the pair cut a towering cake that celebrated Move’s 10th anniversary — might this be a continuing partnership? The Gigi who sparkled on Wednesday night seems on board. “It’s an honor to work with you,” she told Messika. “I had the best time.” 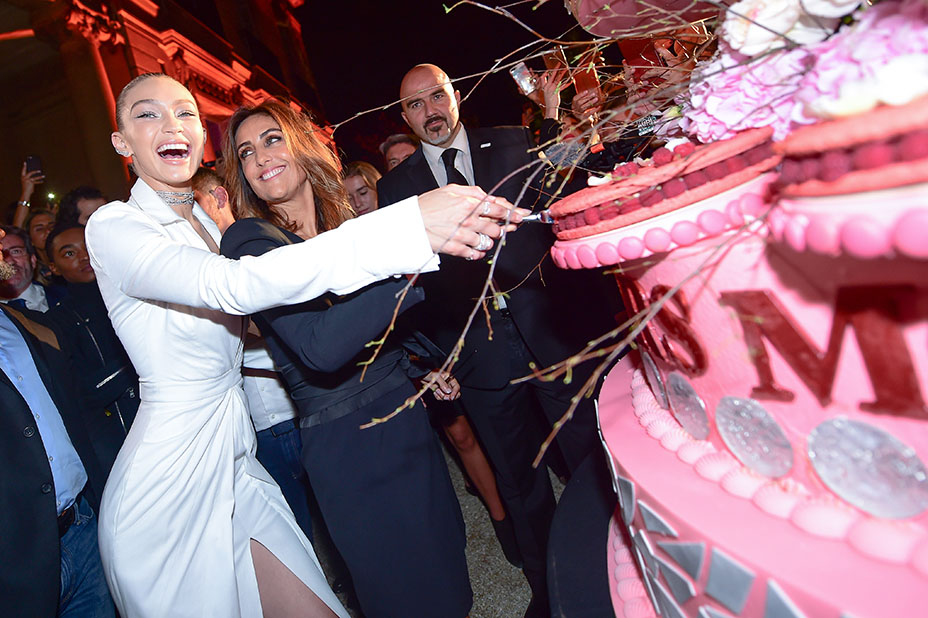