If there’s one person who could follow Lady Gaga on the Met Gala pink carpet, it has to be Billy Porter.

The Pose star, held aloft on a black velvet daybed, was clad in an Egyptian-themed bodysuit, cape and headdress by The Blonds.

Inspired, the designer duo said, by Elizabeth Taylor in Cleopatra, Flash Gordon and the Egyptian Sun God, Porter finished off the look with sparkly golden boots from Giuseppe Zanotti. On the carpet, Porter lifted his arms to show off his golden wings (a la Katy Perry at last year’s Met Gala).

And Porter’s flawless beauty look (with eyes embellished in gold) came from no less than the queen of makeup, Pat McGrath.

Porter’s stylist Sam Ratelle says they decided on an Egyptian theme because Porter is a guest of mega-producer Ryan Murphy for the gala tonight. “He told Billy, ‘Bitch, I’m going as Liberace and you should go as Diana Ross in Mahogany.’ We liked her Egyptian look the best. Also the Met has one of largest collections of Egyptian artifacts on the world.”

Porter and Ratelle thought The Blonds were perfect for the design assignment, “since they’re campy but also high fashion.” And of course Porter was carried on his litter by six hunky “courtiers” since, as Ratelle put it, “All the gods and specifically the kings and queens didn’t ever walk.”

The actor frequently debuts gender-bending looks, most notably his Christian Siriano tux gown at the 2019 Oscars. 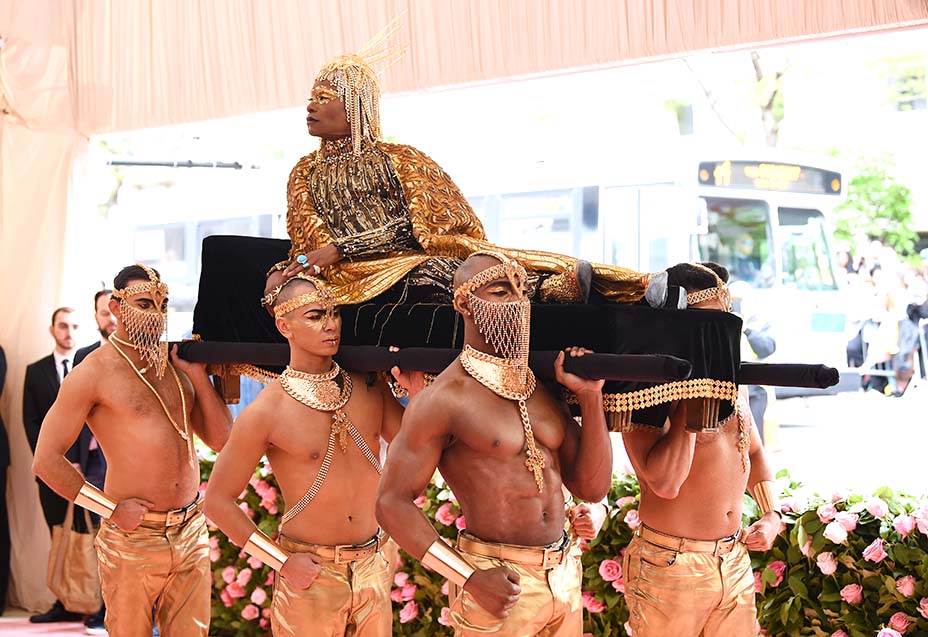 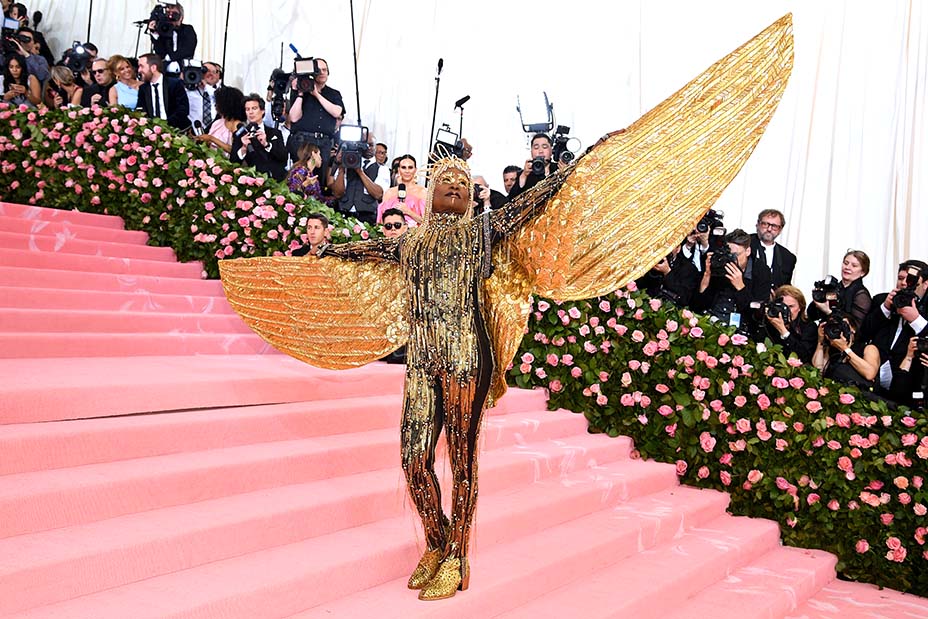 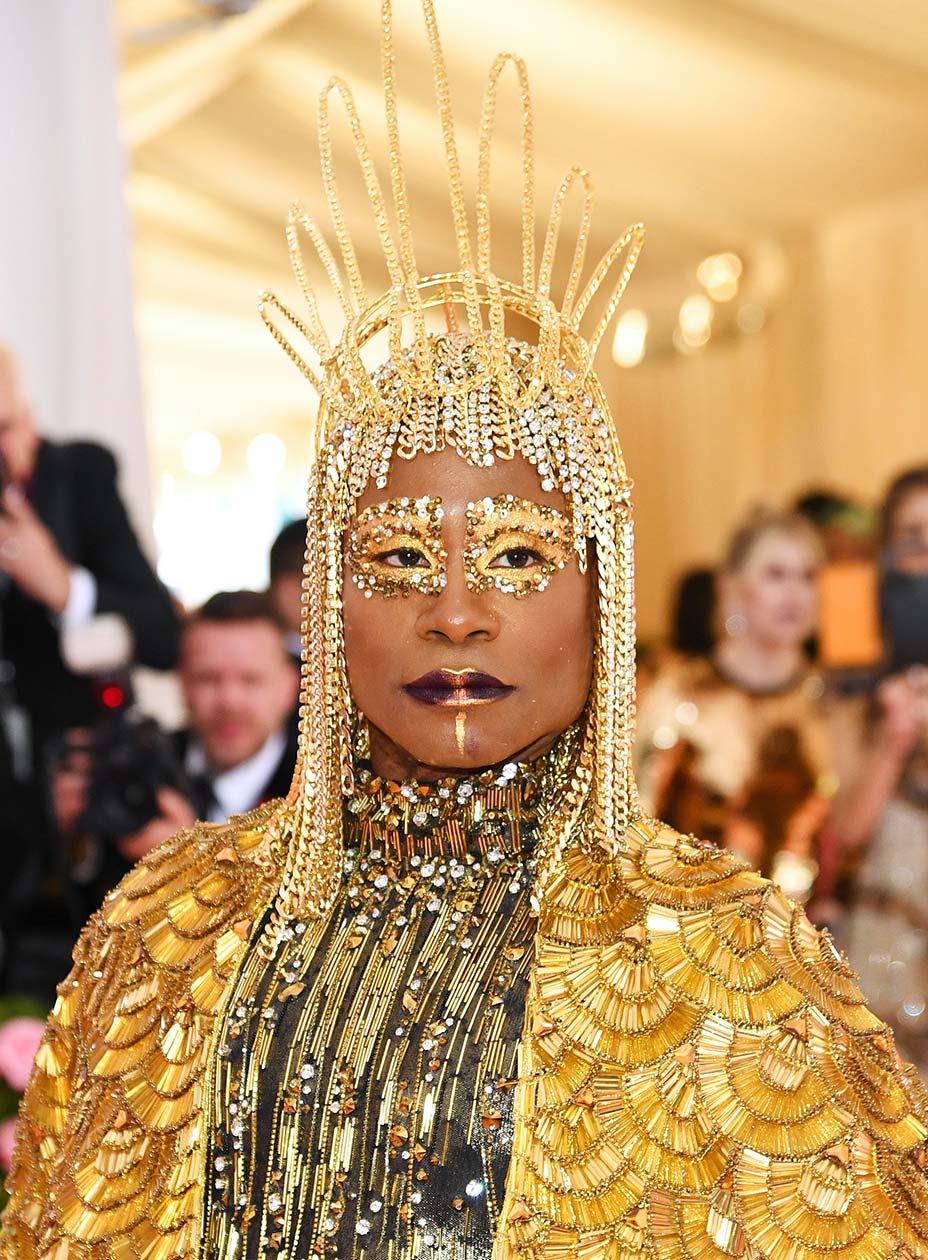 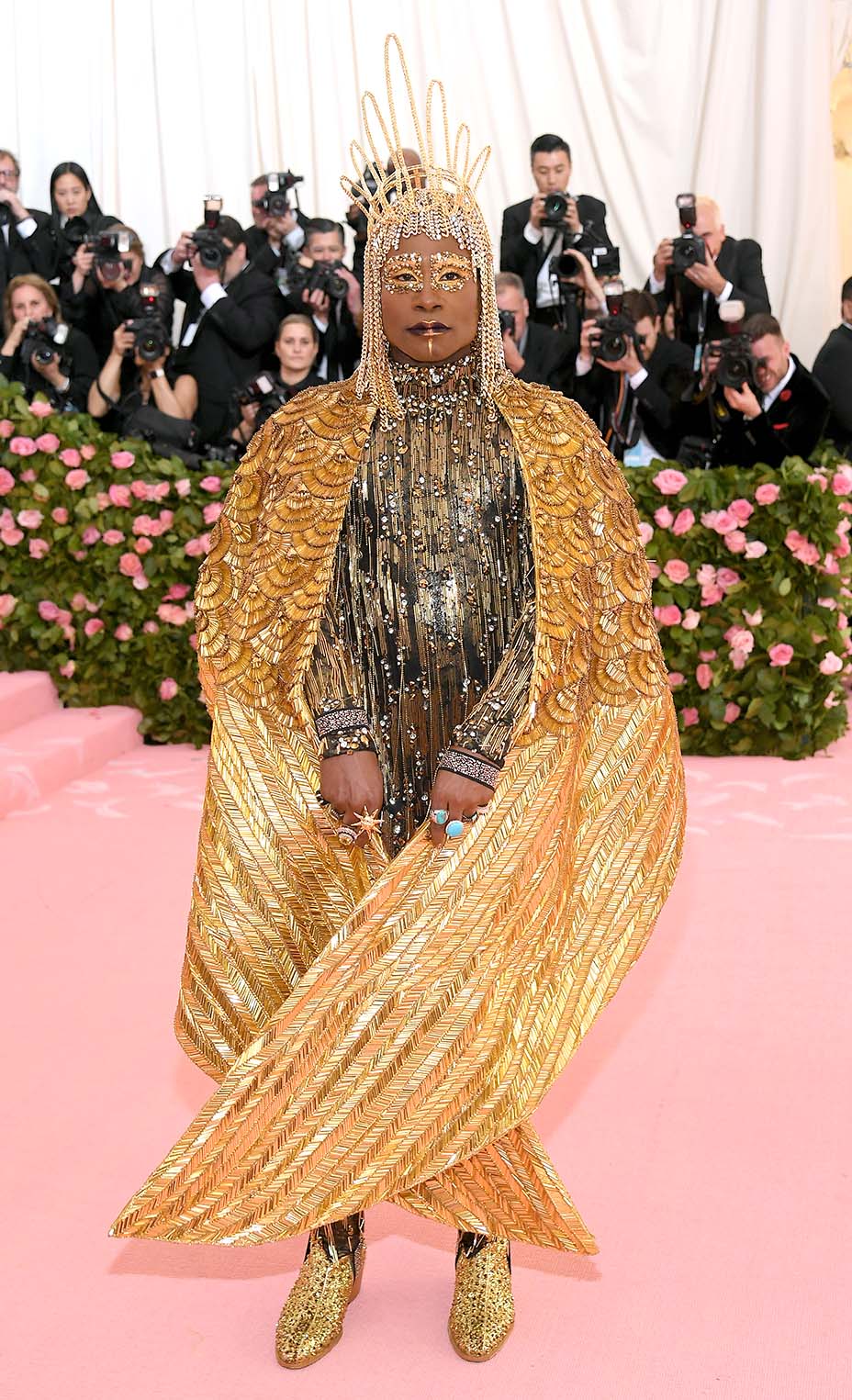