A gang of girlbosses — Britt Robertson, Charlize Theron, Kay Cannon and of course, Sophia Amoruso — touched down at Monday night’s L.A. premiere of Netflix’s Girlboss, which is loosely based on Amoruso’s rise from dumpster diving and selling vintage clothes on eBay to building online fashion empire Nasty Gal.

The series’ premiere comes at an interesting time, as Amoruso stepped down in late 2016 after Nasty Gal filed for bankruptcy and U.K. online retailer Boohoo acquired the L.A.-based retailer in February.

Amoruso’s failed business plan may run counter to her New York Times best-selling memoir and overall mantra (her new media company bears the same name as the show and book), but perhaps that’s what makes her story all the more riveting for the small screen.

“She found something that she really loved that she never knew could be plausible,” said Theron, an executive producer of the series. “I love the idea that we should encourage girls to not feel, at 19, that they’re too young to chase their dreams. There’s a world to do what they want to do, and that’s what I want to support.” 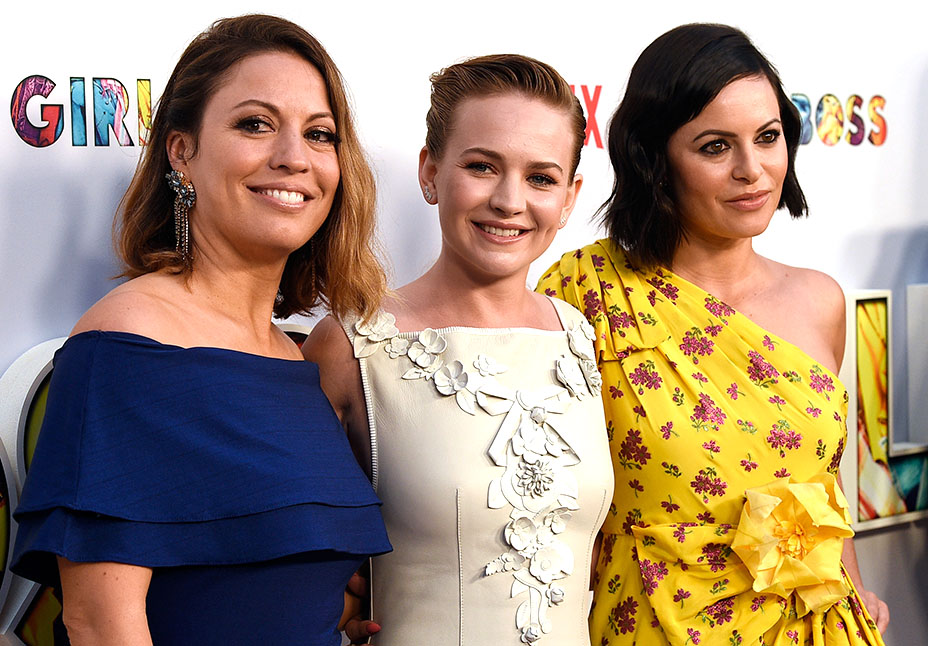 Therefore, Robertson, who stars as Amoruso, made sure to discuss character over clothing to portray the Nasty Gal founder. “It was more about how do I capture what’s made her successful, what’s special about her, and picking up her sense of self, rather than, ‘How do you tailor properly?'” she explained.

Amoruso first started Nasty Gal as an eBay store in 2006 and grew it into a booming business (the company’s sales were up to $128 million in 2012, according to Forbes) with more than 200 employees. Then, things started to go south in the last few years. The e-comm laid off 10 percent of its staff as part of a company-wide restructuring plan in February 2016; faced several lawsuits from former employees; and experienced a change in CEO (Amoruso stepped down from the role in January 2015, promoting Sheree Waterson to the position).

Still, series creator Kay Cannon (Pitch Perfect) finds Amoruso’s missteps refreshing for television. “She is so honest about her mistakes and successes,” she explained. “She was this young female who did this extraordinary thing and there’s been plenty of stories of flawed men, both young and old, and so when I saw this story where it had nothing to do with who she was married to or dating, I was very excited by that.”

And the potential to tell Amoruso’s story post-Nasty Gal isn’t off limits, noted Cannon. However, it wouldn’t be until a few seasons down the line since the first season’s last episode takes place in 2008 — and that’s if Netflix decides to order more seasons.

As for the original girlboss, Amoruso shared that the biggest lesson she’s learned since releasing her momentous book is to be more focused: “It’s easy in this world to be distracted and to have a thousand ideas about what you want to do, and there can be death by a thousand yeses, so choosing very wisely what I do next is really important and not finding myself distracted by choosing too many things.”

Girlboss premieres on Netflix on April 21.