A boom at the U.S. box office saw worldwide ticket sales hit a record $41.1 billion in 2018, a slight year-over-year gain of 1 percent, according to the Motion Picture Association of America’s annual report, released Thursday.

Revenue from North America and Canada came in at a best-ever $11.9 billion, a mammoth 7 percent spike over 2017, while attendance was up 5 percent. The foreign box office collected $29.2 billion, a 1 percent dip from the prior year that marked the first decline in recent memory offshore, even if slight. The flattening out internationally is due in part to currency fluctuations, as well as diminishing admissions in more mature markets, a problem cinemas across the U.S. are all too familiar with.

Hence, the strength of moviegoing domestically was a major boost for cinemas across the U.S. and Hollywood. The growth spurt was fueled in part by a slew of tentpoles that appealed to ethnically diverse audiences, as well to younger moviegoers easily distracted by smaller screens and gadgets. 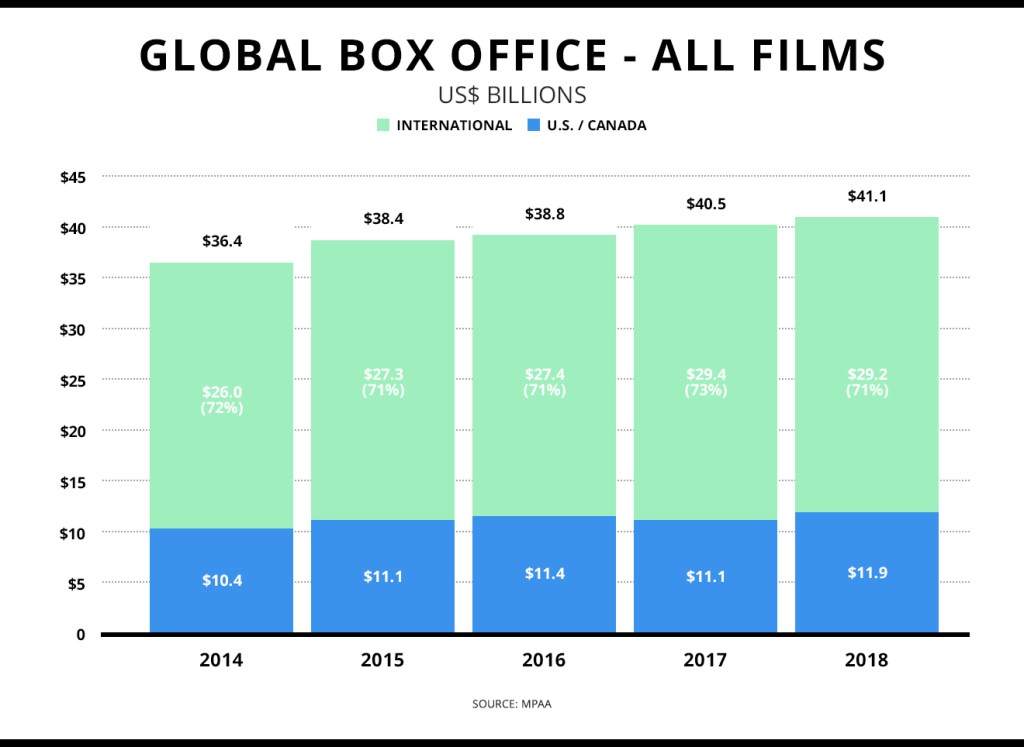 Three of the five biggest films in North America — Black Panther, Avengers: Infinity War and Incredibles 2 — saw Caucasians make up less than 50 percent of their audience. That compares to none last year among the six top-grossing films. Also, per capita attendance increased among all ethnicities, according to the report. 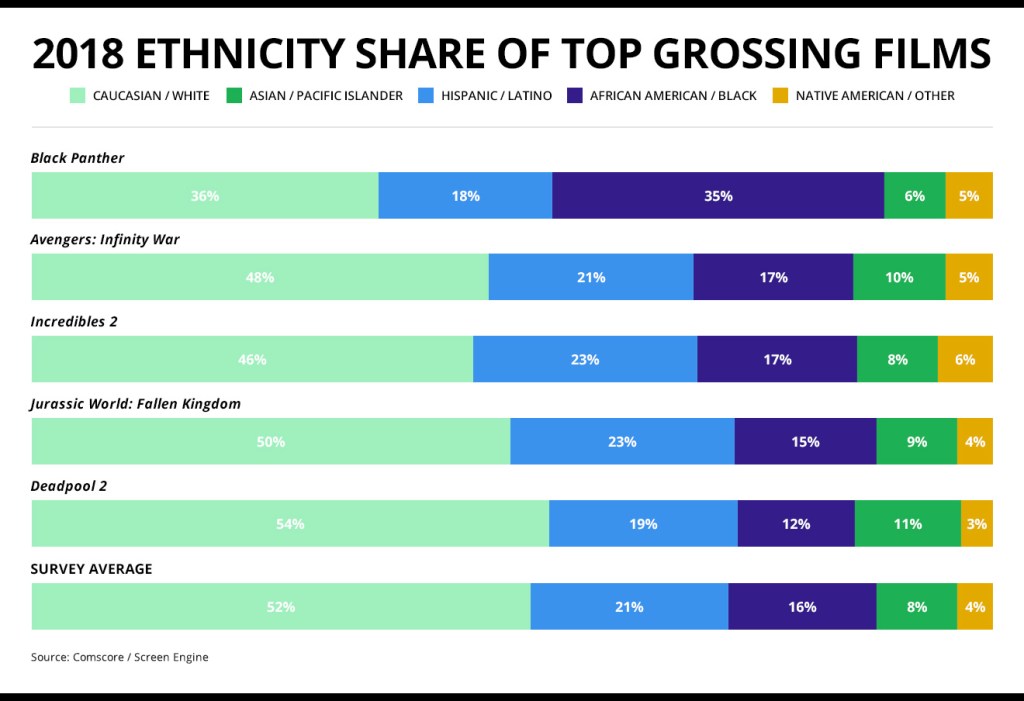 For the second year in a row, the MPAA document combined global theatrical stats and, in a nod to the growing might of streaming, home entertainment revenue. The expanded report was the brainchild of MPAA chairman/CEO Charlie Rivkin, who recently led the effort to make Netflix a member of the trade org. It’s the first time in history that a non-Hollywood studio has been welcomed into the MPAA fold.

According to the report, global home entertainment spending jumped 16 percent in 2018 to $55.7 billion, putting total box office and home entertainment revenue at $96.8 billion, a year-over-year gain of nine percent. Spending on digital entertainment — which has increased 170 percent since 2014 — led the charge with $42.6 billion.

“In today’s dynamic marketplace, stories come to life for audiences in theaters, at home and on the go,” Rivkin said in a statement. “Our companies continue to deliver content where, when and how audiences want it, and the numbers released today speak volumes.

According to the MPAA report, three-quarters of the population in the U.S. and Canada went to the movies at least once in 2018. The gender composition was 51 percent female and 49 percent male, on par with the previous year. 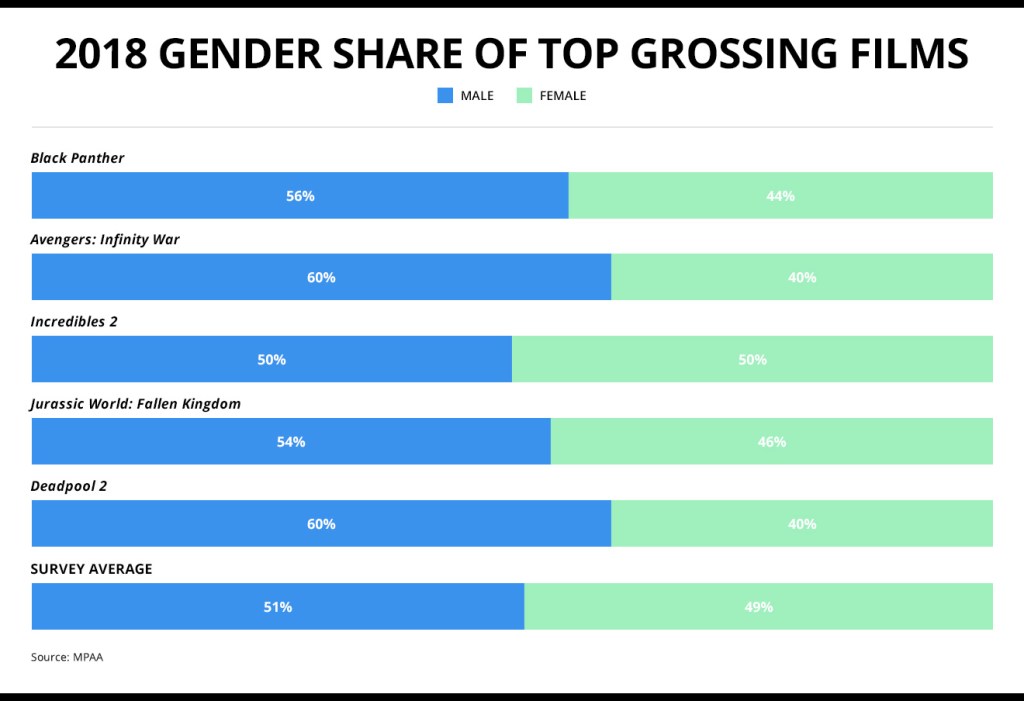