On Friday, the creators behind Gloria: A Life announced that 41 women and one man were involved in presenting the play; they released a photo of the nearly all-female production that The Hollywood Reporter has exclusively obtained. (The one male collaborator, a sound designer, is working in partnership with a woman.) The team, which includes producer Daryl Roth (Kinky Boots, The Normal Heart), director Diane Paulus (Pippin, Waitress) and writer Emily Mann (Having Our Say), is calling the group of women “unprecedented either on or off-Broadway.”

“I’ve never watched the creation of a play before, and I’m knocked out by the talent and hard work of women whose life the theatre is, yet whose talent and work the theater often neglects. It would be great if this play could help change that,” Steinem, who has given her approval to the production, said in a statement to The Hollywood Reporter.

Paulus says, “I took this show on because I knew it would give voice to Gloria’s narrative, and a woman’s story and the women’s movement. But I think what’s unusual about this is that from our lead producer and all these producers at the top on down is women leaders — that doesn’t happen very often.”

Gloria: A Life depicts Steinem’s personal and professional history in its first act, with Steinem portrayed by Oscar, Emmy and Golden Globe-winning actress Christine Lahti. In its second act, the production forms a “talking circle” with members of the audience, where audience members are invited to tell their stories.

“In this moment that we’re in, the opportunity to be in a room and connect to what’s happening in our world today, as distressing as that might be, to have the opportunity to connect and actually to look back at the history of social change as regards to the women’s movement and to see what Gloria has been through … I think is a context that is really important,” Paulus says of the talking circle, adding that in the show’s three previews so far, the production has seen female audience members excited about feminism’s “third wave” and also “terrified” about women’s status in 2018.

According to American Theatre‘s 2018 annual Gender & Period Count, women wrote 30 percent of the 2,085 plays tallied this year. And in the 2018 edition of its annual “Women Count: Women Hired Off-Broadway,” The League of Professional Theatre Women found that women comprised 38 percent of directors off-Broadway.

Gloria: A Life will open on Oct. 2 at the Daryl Roth Theatre. 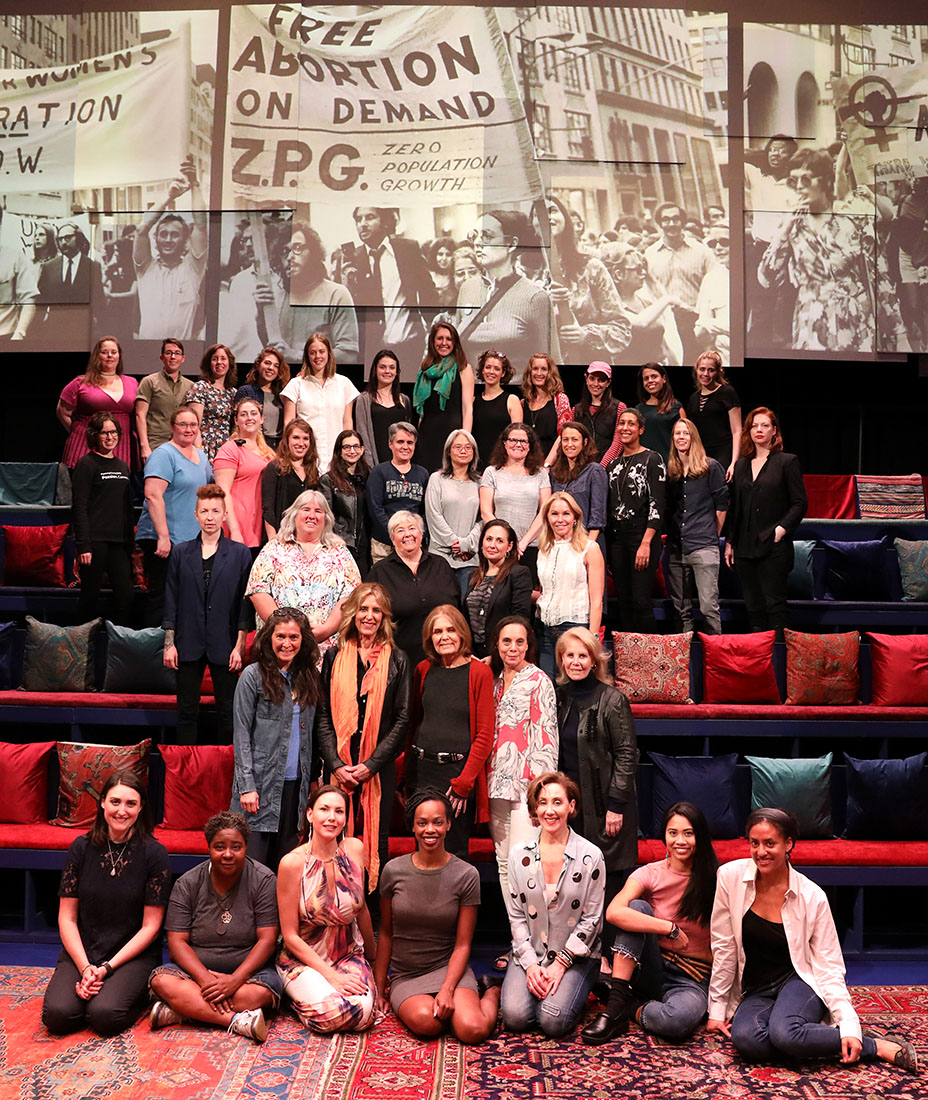