Even when craft services is running late, talent is getting ornery and production is losing light, Jessica Elbaum would argue that it’s never as bad as a day washing cars in the San Fernando Valley.

After graduating from USC and a short stint in PR, the 41-year-old Los Angeles native went to work in the family business — Red Carpet Car Wash. “Even if it’s been an 18-hour day on set, I have never been more tired than at that car wash,” says Elbaum. A chance meeting at a Coffee Bean with Howie Sanders, then co-head of UTA’s book department, led to an assistant job with manager Julie Darmody. Soon after, Elbaum landed a gig as Will Ferrell’s assistant (her first day was on the set of 2004’s Anchorman), and she worked her way up to producer at Ferrell and Adam McKay’s Gary Sanchez Productions (and, along the way, married producer Rafael Marmor).

In 2014, she launched her own female-friendly offshoot, Gloria Sanchez Productions, a two-woman operation that recently released the Netflix series Dead to Me, starring Christina Applegate. Her next theatrical project to open (on May 24) is Olivia Wilde’s directorial debut, Booksmart, and she recently wrapped Hustlers, STX’s fact-based Jennifer Lopez crime drama about scamster strippers. It was during production in April when the news broke that McKay and Ferrell were parting ways after 13 years as producing partners. While Gary Sanchez will wind down (existing projects will continue with attached producers), Elbaum says she and Ferrell are “going to keep Gloria together.” She soon will head to Mexico to film the Kristen Wiig comedy Barb and Star Go to the Vista Del Mar.

The producer invited THR to her West Hollywood office to talk about making female-centric films in the Time’s Up era, why she couldn’t be happier that Martin Scorsese turned her down and how some old habits die hard. Says Elbaum, “I still get anxiety when my car is dirty.”

How did transition from assistant to producer?

Lizzy Caplan and I found this book, I Don’t Care About Your Band by Julie Klausner, and we loved it. We were developing it for HBO the same time that Lena [Dunham] was developing Girls. I had reached out to Lena after Tiny Furniture and just was wowed by her. [Lizzy and I] were looking for a writer and we read Leslye Headland’s play, Bachelorette, and we went to New York together to see it. Lena just happened to be in New York, so I invited her to see the play with us. It was me, Lizzy, Lena and Adam Scott. We loved it and we hired Leslye to write [our show], but the show did not get picked up. Back in those days HBO could only have one female-driven show. Girls got the pick-up.

But Bachelorette became your first film.

Through working on that series, we found out that Leslye had written Bachelorette as a feature and it never got made. We shot it over a summer, when I was technically still Will’s assistant. He goes to Sweden every summer, so I shot it when he was in Sweden. On that movie, I was like, “Oh my God, I don’t know what I’m doing at all.” Leslye had never directed, so both of us would say that it would be a miracle if this movie even turns out remotely OK. And it did. That was the movie that made me say, “I like working with women and I want to do this more” and, “I think, I can now call myself a producer.”

When did you get the idea to start Gloria Sanchez?

I would say a year and a half or so before Bachelorette I had the idea and pitched it to the guys. They were like, “That’s great!” And just because everybody is busy, we didn’t take it that seriously. Then I got a call from Amy Poehler’s camp saying that she was starting a company and asking if I would sit down with her [to talk about a job]. I’d known Amy for years, and she was like, “You may not feel ready to leave [Gary Sanchez], but promise me you’ll do something great.” I was like, I’ve got to do Gloria. We were on Anchorman 2, and I was like, “Guys, I really want to talk about this.” We launched in 2014, and the thing I’m most proud of is that we did it before #MeToo and Time’s Up, which have been great, but Gloria was not in reaction to them.

What does Ferrell and McKay’s split mean for Gloria Sanchez?

Will and I have collaborated for 15 years, and we are going to continue to do so. From my perspective, nothing changes. I’m still doing the same job and working with the same people and doing the same thing. And Adam is still peripherally around, but really, now, it’s Will and me. 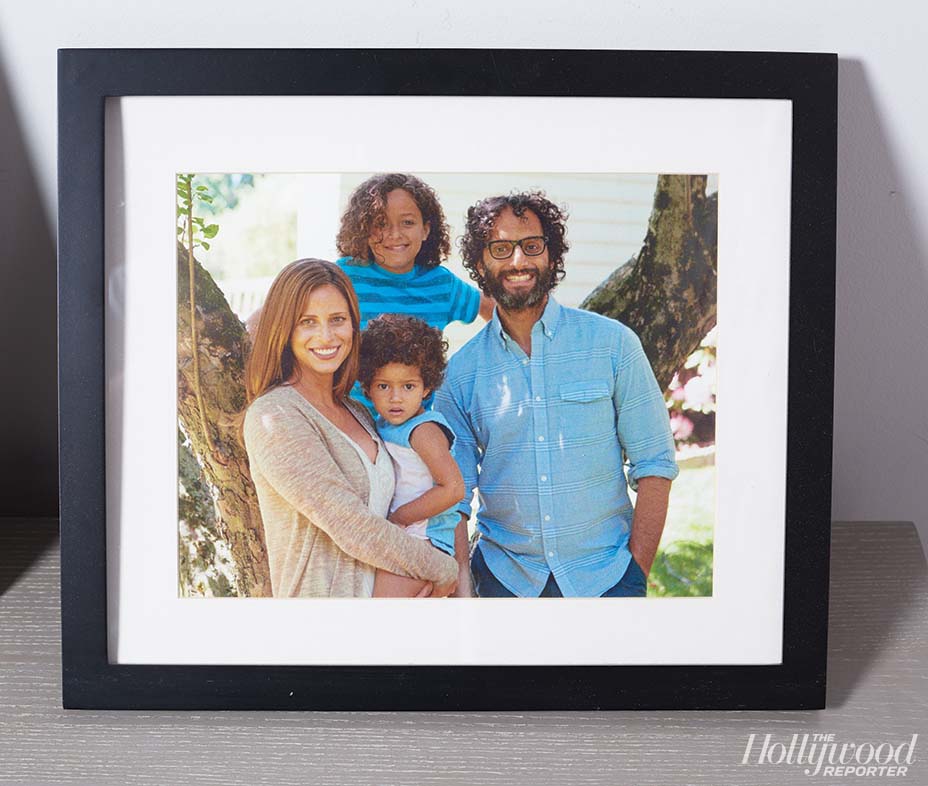 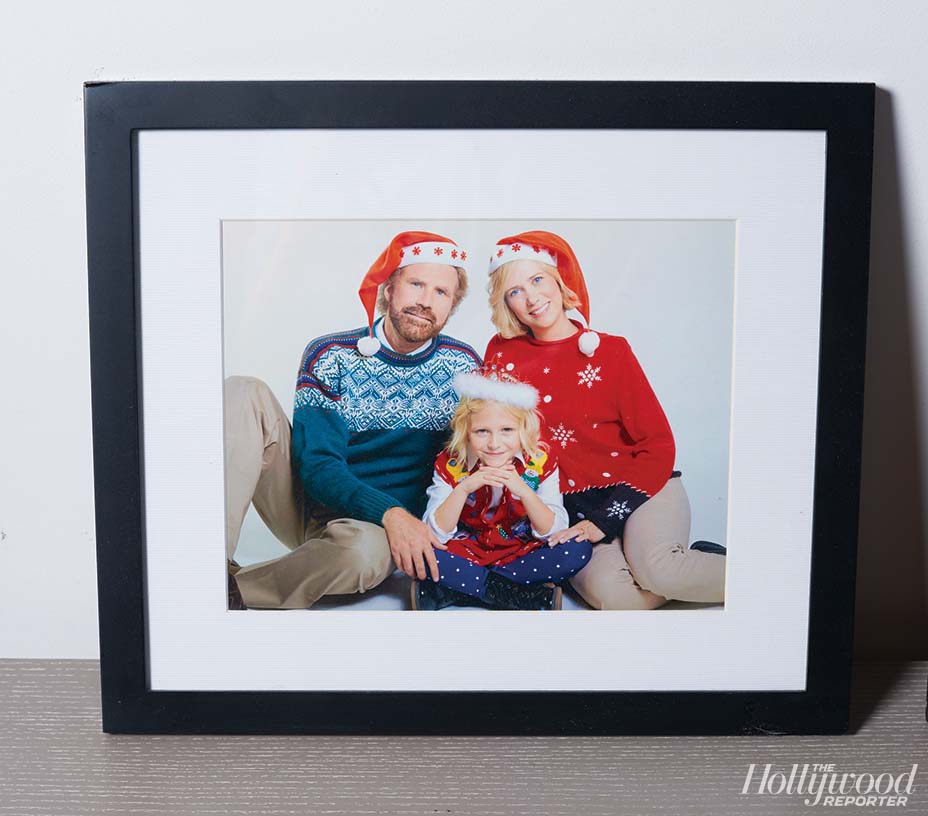 Annapurna called me when it was with another filmmaker, looking for a comedy producer. I came on, we were about to make it, and then it falls apart. At the time, Olivia and I were developing a show with Comedy Central and I was like, “Olivia, when are you going to direct?” I sent Booksmart to her. She read it in a day or two, called me and asked if she could pitch [herself for the job].

How did Hustlers come together?

We hired Lorene Scafaria and developed it with her. Truthfully, we went out to a couple of other directors first, Martin Scorsese being one of them. I actually emailed Lorene after we wrapped, saying, “I’m so glad Scorsese said no.” (Laughs.) When you read it, you’re like, “It’s so his style.” The script is so good, so it was a moment of thinking that we can maybe get that level of filmmaker but then [realizing], no, that’s not right. Hustlers only should be told from a female perspective.

When Annapurna dropped Hustlers, what was the process like searching for another studio?

You never want to have to do that. We were really close to making it, and it took about a year to put back together. Jennifer Lopez and her producing partner, Elaine Goldsmith-Thomas, have a great relationship with STX. She was attached when we were at Annapurna, and then when it fell apart over there, they really stepped up and got it over to STX.

What was the process of casting huge names like Cardi B and Lizzo?

Lorene called and she was like, “Cardi is so authentic to this world. If we could get her it would speak volumes to the community,” which we were really wanting to be respectful of.

What was your first reaction when you heard that?

“God, OK … let’s see if we can pull this one off.” (Laughs.) I can’t sit here and take credit for that one. Jennifer Lopez called Cardi B. Olivia would actually play Lizzo every day on the set of Booksmart, so Olivia was the person who introduced me to her music. And then Lorene had the Lizzo idea before Lizzo became Lizzo. She was communicating with Lizzo directly and sent her the script. Then Lizzo exploded after Coachella, which was the weekend before the announcement went out. I panicked, thinking, “She is gonna be too busy now.” But Lizzo, Usher and Cardi all shot on the same day.

We were in Long Island City, at the strip club. Elaine and I were sitting at the monitors, and then we just started laughing because we couldn’t believe that we all pulled it off. Like sometimes you have those days on a set where you’re like, “Holy shit!”

Constance Wu was cast in the lead in Hustlers, but before that, several white actresses were considered for the role, which is based on an Asian-American woman in real life. How did you decide to go with Constance and avoid whitewashing the part?

We were aware of what that would have said. It just was not a good look. We just knew we had to be true to the real story. It was authentic for our lead to be an Asian woman. And we didn’t have a studio saying you can only pass these four actresses. We didn’t have to deal with [someone saying]: “Just put Jennifer Lawrence in there.” 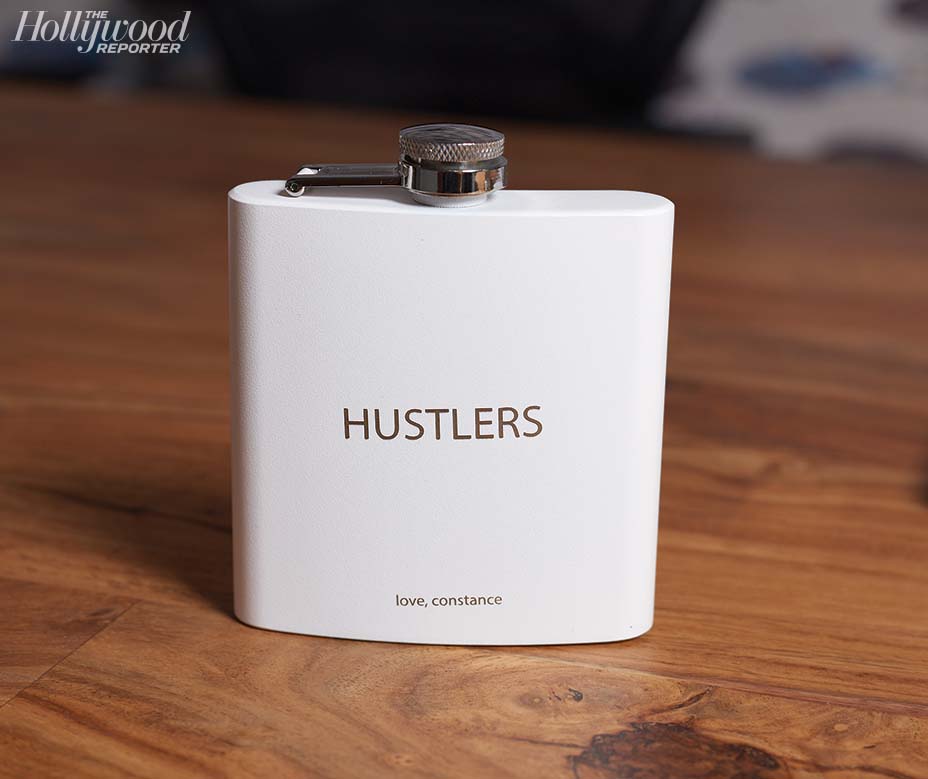 Why do you think Hollywood is so attracted to female scammers? There are the women of Hustlers, Shonda Rhimes is doing a TV show about fake New York socialite Anna Delvey and there are multiple projects in the work about Theranos founder Elizabeth Holmes?

It’s about celebrating power. I don’t think Hustlers is a female empowerment story, but it’s no different than Wolf of Wall Street, where you are celebrating these men who ruined people’s lives. We still loved watching it, right? It’s been cool to make a female movie where it’s basically the same thing. None of us is saying that what they did was right or forgivable, but you still can watch it and understand why they did it and have fun watching them do it. 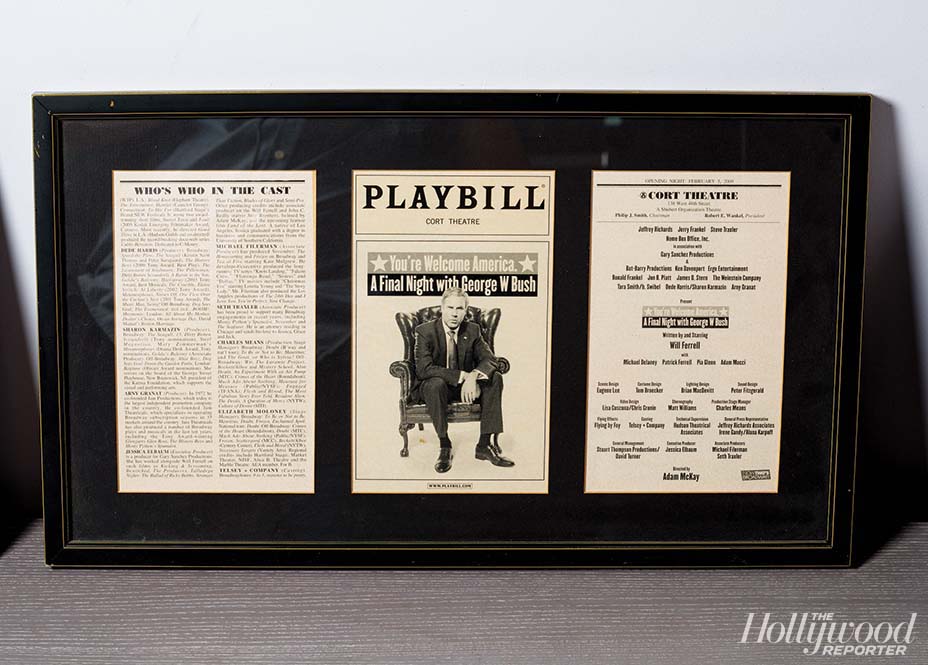 What is the toughest part about being a producer now?

Finding the right home. There are so many places to go now— between streaming and theatrical and whatnot — it’s just choosing carefully to make sure that the right eyes are seeing it and that it gets the proper release.

Compared to when you started Gloria, have you noticed the industry becoming more open to female-centric content?

A lot of it is in response and reaction to these movements, unfortunately. I don’t like that it came in response, but I do like that people are actually responding. And if that is what it took, then that’s great. 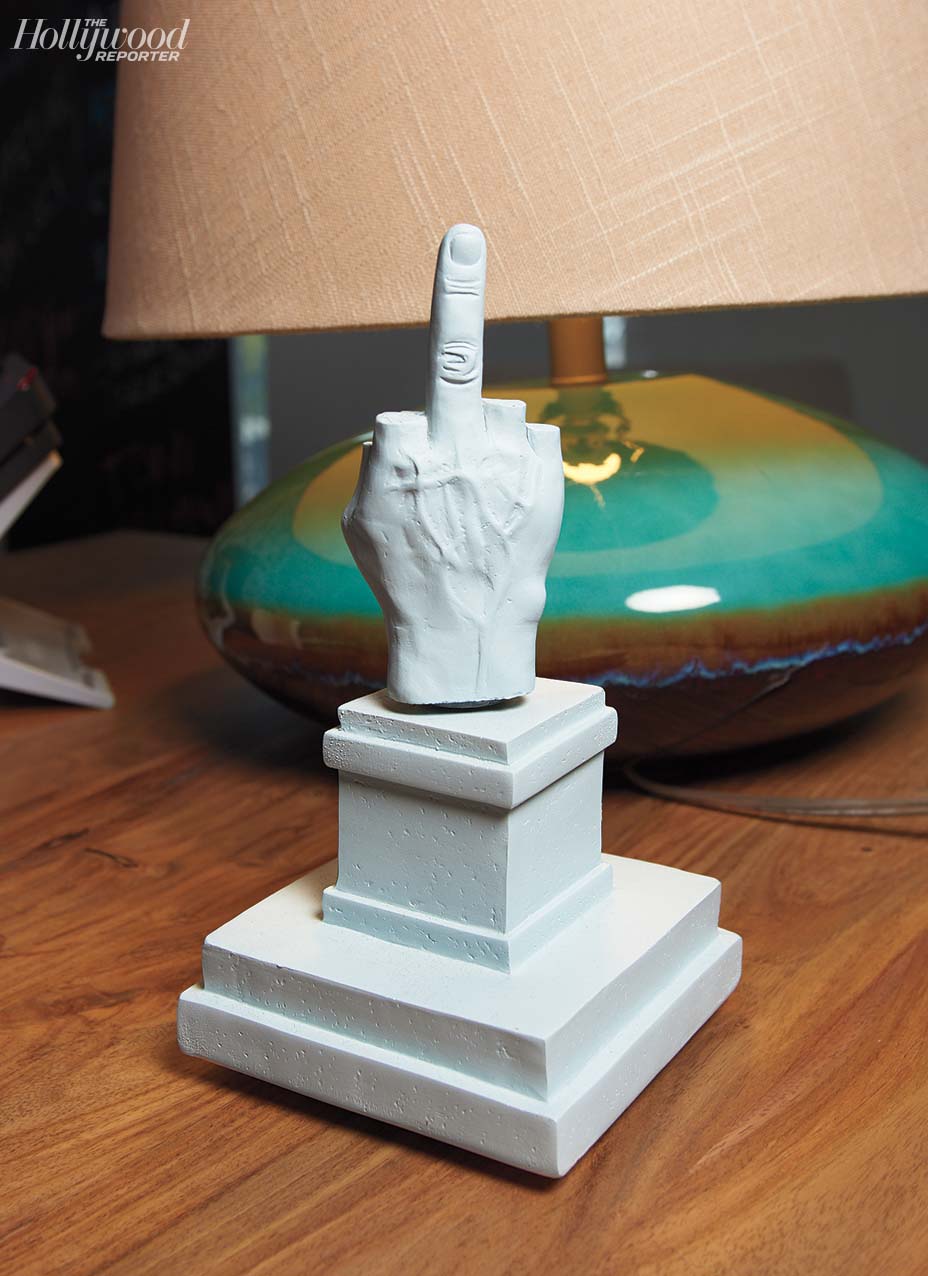 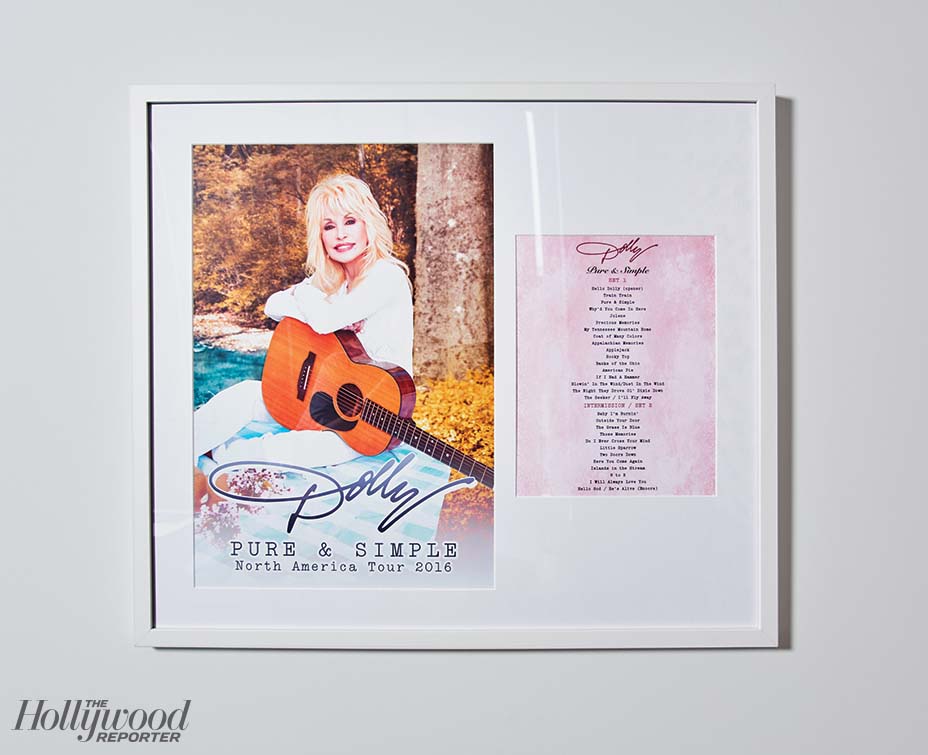 A version of this story first appeared in the May 22 issue of The Hollywood Reporter magazine. To receive the magazine, click here to subscribe.