Many film festivals or comic conventions have been throwing so-called virtual editions during the pandemic, but one company is experimenting with bringing the “virtual” into virtual conventions.

The launch is timed to Friday’s opening of WonderCon, which due to ongoing coronavirus concerns is being held virtually March 26 to 28. Golden Apple VR will livestream certain panels in a virtual space designed to resemble the outdoors of the Anaheim Convention Centre, the normal home of WonderCon, and also host a VR Q&A in conjunction with a panel for sci-fi fantasy comic magazine Heavy Metal with guests George C. Romero (The Rise), Blake Northcott (Synapse), Brendan Columbus (Savage Circus) and CEO Matthew Medney. There will also be a post-panel industry mixer.

“There is still a COVID concern, even daily, and there are no real conventions,” says Golden Apple owner Ryan Liebowitz. “We saw an opportunity to allow people visit out story from anywhere, virtually.”

At launch, Golden Apple VR will initially comprise two environments, the first being a scale replica of the shop located at the corner of Melrose Avenue and LaBrea Avenue. Then, moving through a portal in the back of the shop, is the second, Anaheim Convention Center’s outdoor public gathering area known as the promenade. It is here that attendees will be able to watch WonderCon panels and experience the Q&A. In both spaces, fans will be able to flex their avatars and geek out with other fans, the goal of the VR, according to its producers. 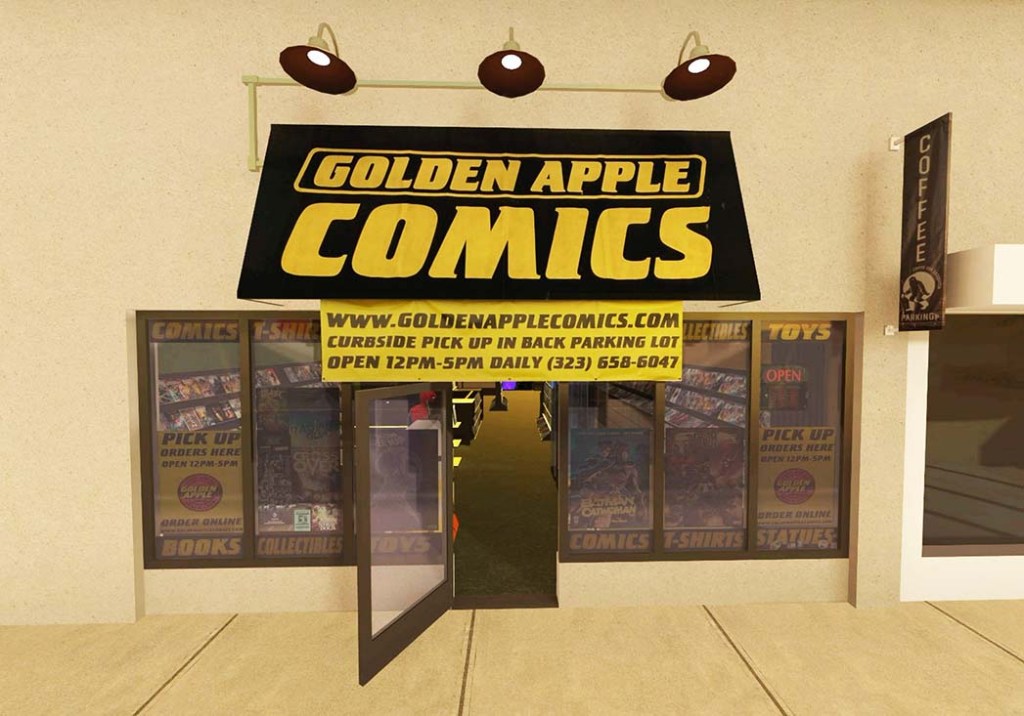 Golden Apple VR was created by Kari Dietrich from digital strategy firm Partikle and Big Rock Creative, considered experts in the social VR space and founders of BRCvr, which served as an official Burning Man Experience.

The organizers also see broader potential with the VR space. Not only could a convention move beyond the physical limitations of a convention space to include thousands more people, the VR idea could expand to include other types of geek-fan events, be it a Funko Pop! Launch or Marvel watch party, with as simple re-skinning of the spaces.

“There’s been a problem for years where fans only have a few times and places a year where they can engage in public fandom,” says Liebowitz. “The aim of Golden Apple VR isn’t just to create a virtual hangout space because of the pandemic. We want to broaden the scope and reach of any convention, signing, promotion and pop culture event to the entire world.”

And, of course, monetize it. At this stage, fans may be able to look at comics or statues in the store but one hope is that through future updates, virtual patrons will eventually be able to purchase physical comics and merchandise from the shop or any environment inside Golden Apple VR.

“COVID threw everybody for a loop; those who didn’t change the way they did their business are gone,” he says. “We pushed online, now we’re pushing VR as well. It’s not to replace our brick and mortar store tory but to be an extension to it, 24-7, 365 days a year.”

The VR is accessible through AltSpaceVR, the Microsoft-owned social VR gathering platform (http://altspacevr.com/). After creating a free account, fans can then enter Golden Apple VR either from a VR headset or from their PC/Mac. 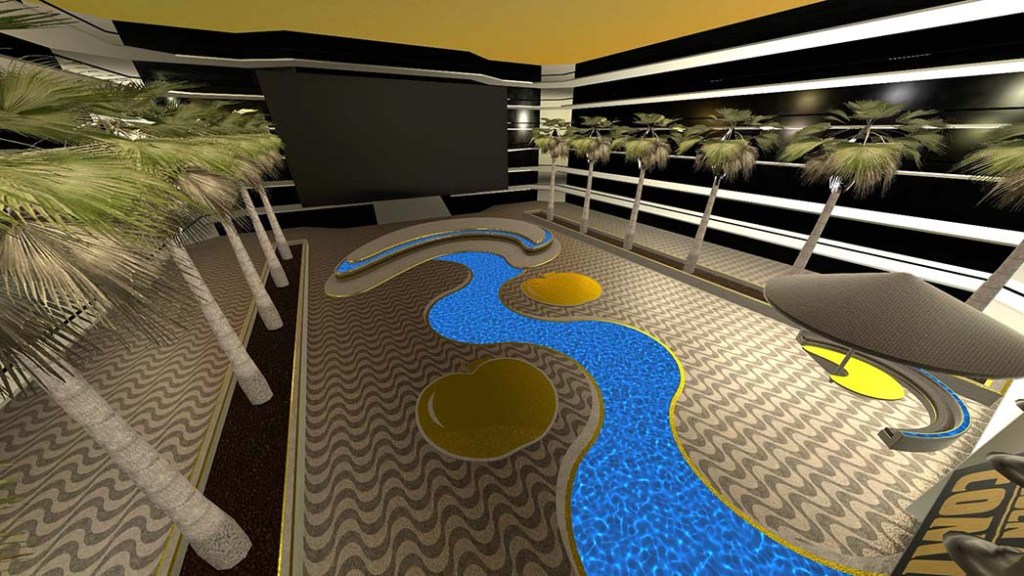