W Magazine & Audi
Chateau Marmont, 8221 Sunset Blvd., Los Angeles, 7:30 p.m.-10:30 p.m.
Hosts include W’s Stefano Tonchi and Lynn Hirschberg at this always-packed penthouse party. Light dinner and cocktails are on the menu as guests celebrate the Globes and the mag’s “Best Performances” issue in partnership with luxury automaker Audi, which will chauffeur VIP guests to and from the Chateau. Additional sponsorship provided by Dior and Dom Perignon. 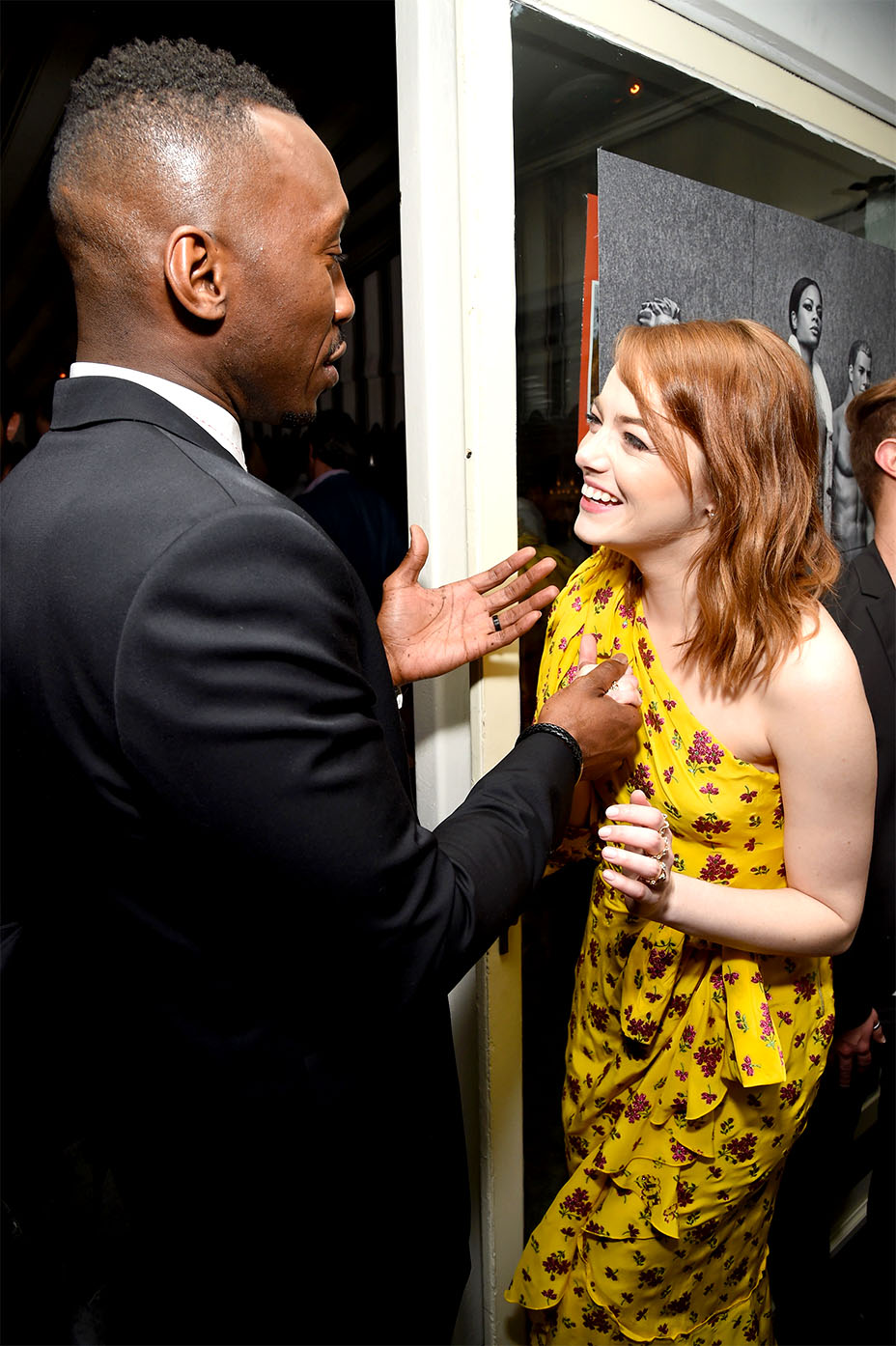 AFI Awards Luncheon
Four Seasons Los Angeles, 300 S. Doheny Drive, Los Angeles
The AFI Awards celebrate the year’s “most outstanding achievements in the art of the moving image,” honoring 10 films and 10 TV shows that the organization deems culturally and artistically significant. This year’s luncheon, sponsored by Audi, will feature a special award for The Vietnam War. Film honorees include The Big Sick, Call Me by Your Name, Dunkirk, The Florida Project, Get Out, Lady Bird, The Post, The Shape of Water, Three Billboards Outside Ebbing, Missouri and Wonder Woman. TV honorees include Big Little Lies, The Crown, Feud: Bette and Joan, Game of Thrones, The Good Place, The Handmaid’s Tale, Insecure, Master of None, Stranger Things 2 and This Is Us. 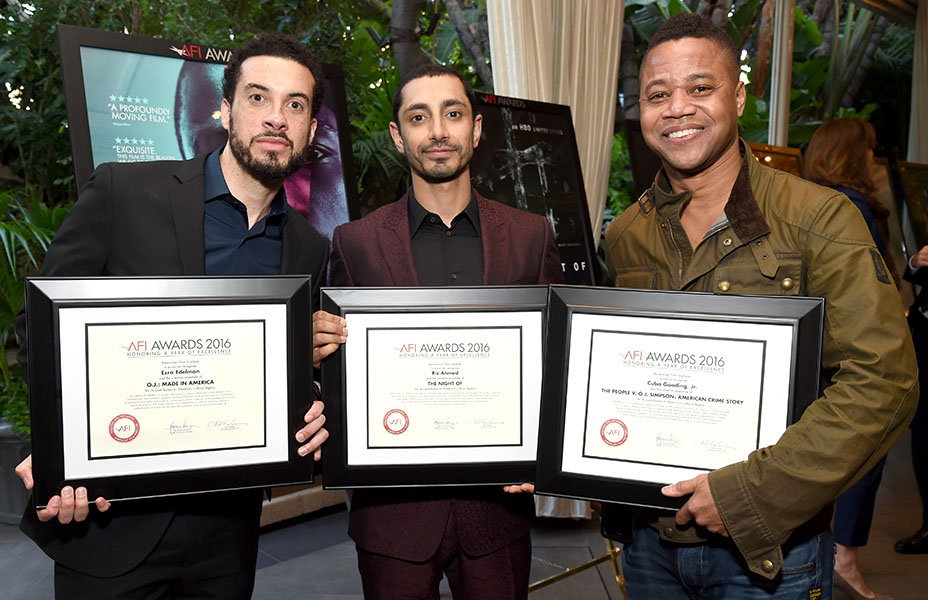 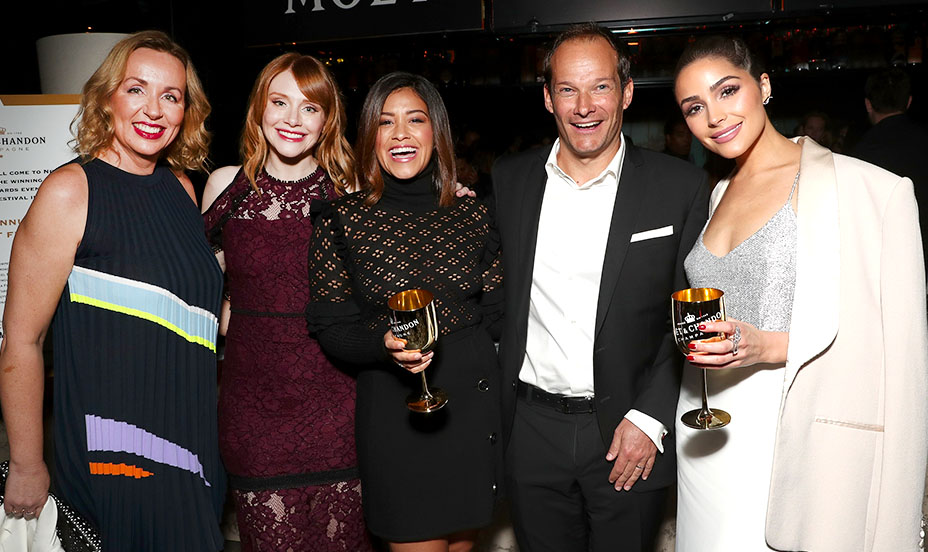 Esquire
Private home
The magazine teams with Maserati to present a private, invitation-only party at the home of Hollywood power couple Mike and Irena Medavoy. Expect guests will include current and former Golden Globe nominees and winners. 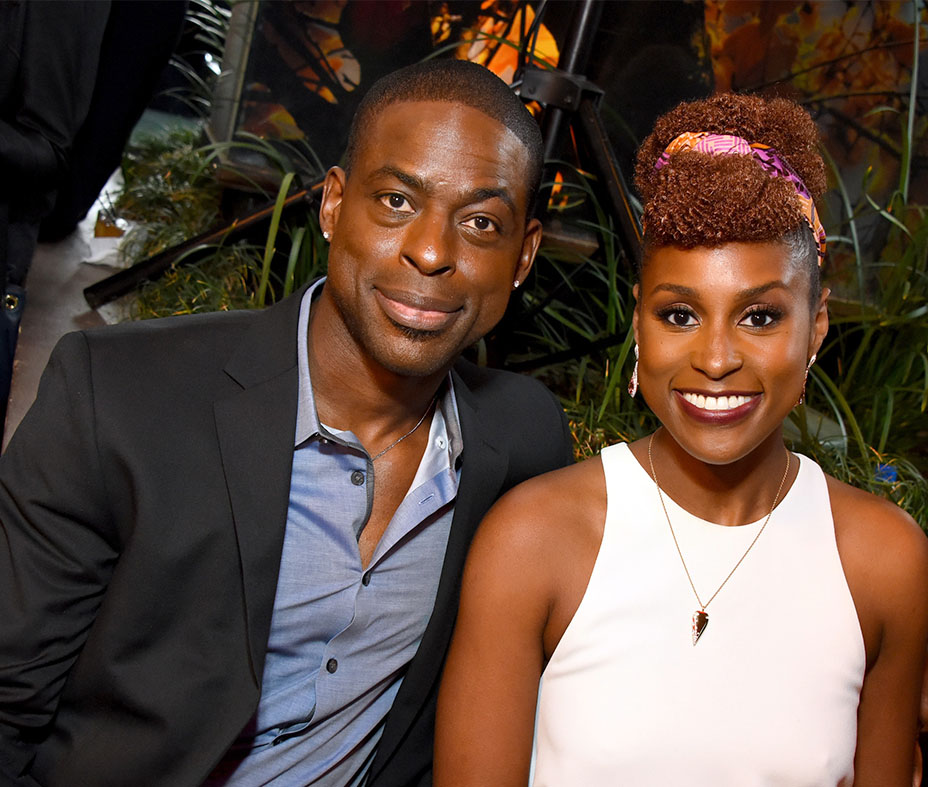 Showtime
The Terrace at Sunset Tower Hotel, 8358 Sunset Blvd., West Hollywood, 7:30 p.m.
After taking a break from the party circuit for one year, Showtime is back in 2018 to celebrate five Globe nominations, good enough to secure fifth place out of all the TV networks, behind HBO, Netflix, FX and NBC but ahead of ABC, Amazon and Hulu. Showtime’s David Nevins will mix and mingle with nominated talent Kyle MacLachlan (Twin Peaks), William H. Macy (Shameless), Liev Schreiber (Ray Donovan) and Frankie Shaw (SMILF). The cabler’s other nomination came with a comedy series mention for Shaw’s SMILF.

HFPA and Dick Clark Prods. Viewing Party & After Party
Wilshire Garden, Beverly Hilton, 9876 Wilshire Blvd., Beverly Hills, 2:30 p.m. (viewing), 8 p.m. (after party)
To celebrate the 75th anniversary of the Golden Globe Awards, the Hollywood Foreign Press Association and Dick Clark Prods. are putting together the first official viewing and after party of the 2018 fete. For the first time ever, the HFPA will offer winners the chance to have their newly awarded trophies engraved in real time at an engraving station inside the party. Expected to attend: friends of the HFPA including actors, showrunners, producers, executives from the nonprofit organizations that the HFPA supports and others.

HBO
Circa 55 Restaurant, Beverly Hilton, 9876 Wilshire Blvd., Beverly Hills, 8:30 p.m.
HBO’s bash is always a hot stop on the Globes party circuit, and this year the network celebrates its No. 1 spot among network nominees with a leading 12 mentions for such shows as Big Little Lies, The Wizard of Lies and Game of Thrones, and individual noms for stars like Maggie Gyllenhaal, Issa Rae, Nicole Kidman, Reese Witherspoon, Laura Dern, Robert DeNiro, Jude Law, Michelle Pfeiffer and Shailene Woodley. 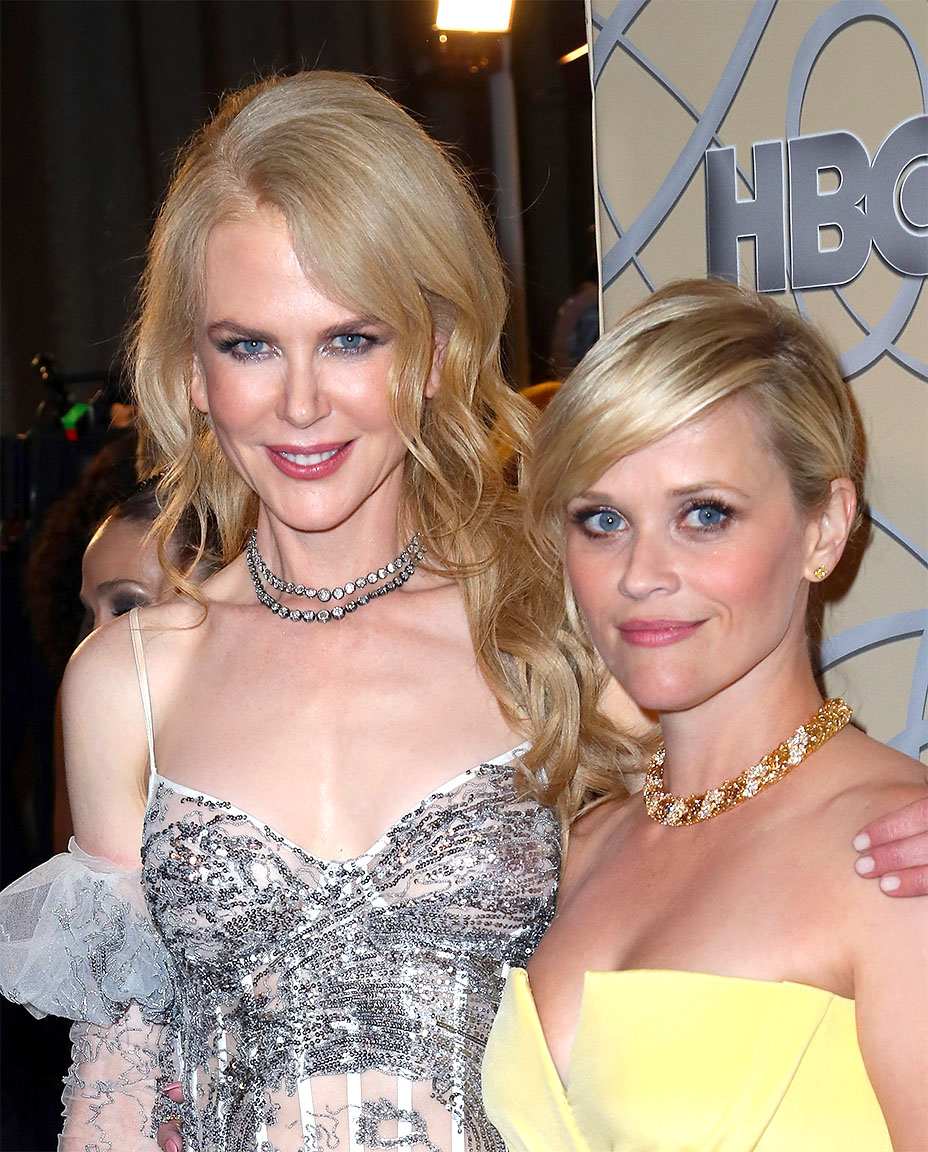 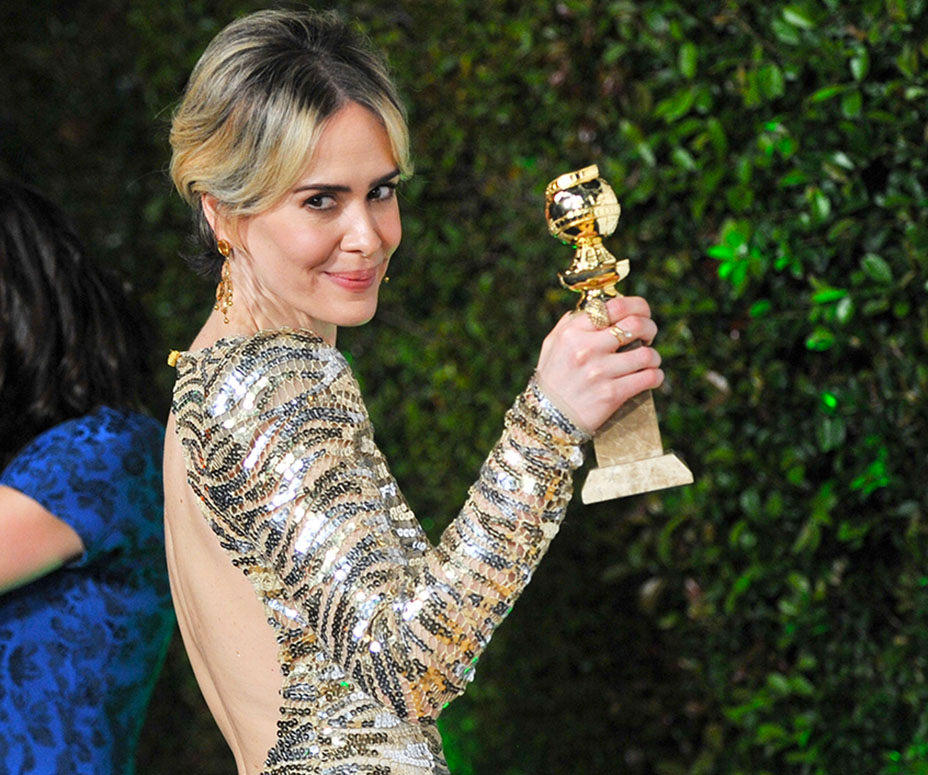 Amazon
Stardust Ballroom, Beverly Hilton, 9876 Wilshire Blvd., Beverly Hills, 8 p.m.
The streamer once again takes over the VIP-ready space for a post-show party sponsored by Audi to celebrate its three nominations including mentions for best television series, musical or comedy for The Marvelous Mrs. Maisel and its lead Rachel Brosnahan, and Kevin Bacon for his work on I Love Dick. They, along with Amazon founder and CEO Jeff Bezos, will be joined by showrunners Amy Sherman-Palladino and Dan Palladino. Also booked: DJ sets by brother-sister duo Mark Ronson and Samantha Ronson.

Netflix
Waldorf Astoria Beverly Hills, 9850 Wilshire Blvd., Beverly Hills, 9 p.m.
After teaming with The Weinstein Co. for many years on a joint Golden Globes party, the streaming giant strikes out on its own in 2018. In doing so, Netflix is also switching up its party plan by moving from a tented pavilion behind the Beverly Hilton and heading next door to the Waldorf to celebrate its nine nominations (second only to HBO) for such shows and talent as The Crown, Master of None, Stranger Things, First They Killed My Father, Claire Foy, Katherine Langford, Jason Bateman, Alison Brie, Aziz Ansari and David Harbour. 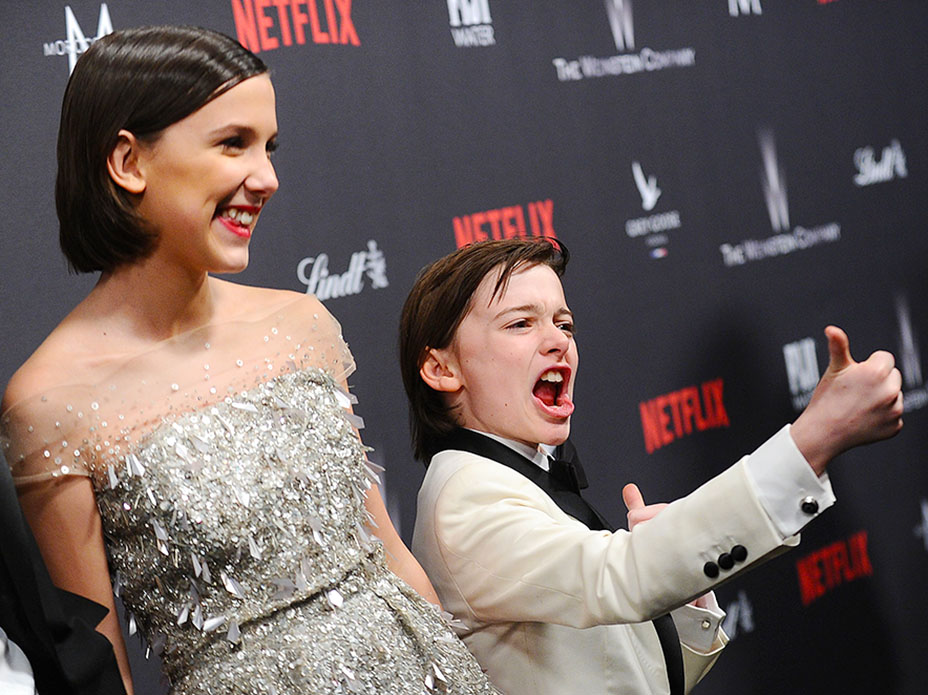 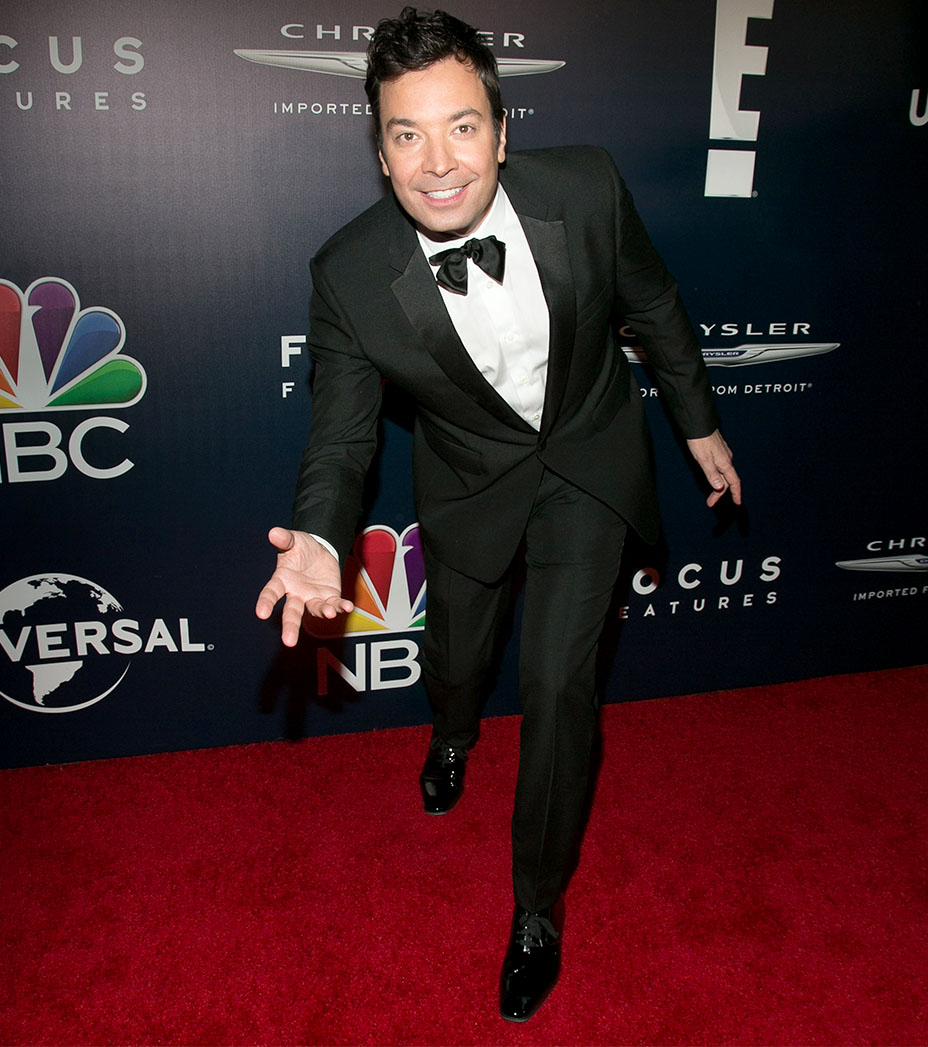 Warner Bros. Pictures and InStyle
Oasis Courtyard, Beverly Hilton, 9876 Wilshire Blvd., Beverly Hills, 8:30 p.m.
The women’s magazine partners with Warners (up for three awards on the film side, backed by Christopher Nolan and his Dunkirk) for this well-attended bash inside the hotel, now in its 19th year. New this year: Jodi Cohen and Sarah Lowy of JOWY Prods. along with Eric Buterbaugh of Eric Buterbaugh Florals, will construct a tent to completely cover the hotel fountain and transform the Oasis Courtyard into “Reimagined Louis XVI,” a modern twist on French Baroque architecture. Other design elements will include columns, mirrors, blacks, whites, grays and golds with hints of deep purples to create a “warm inviting space where guests can feel cozy and unwind while reveling all night,” according to event organizers. Sponsors include Cadillac, eyelove and L’Oréal Paris. 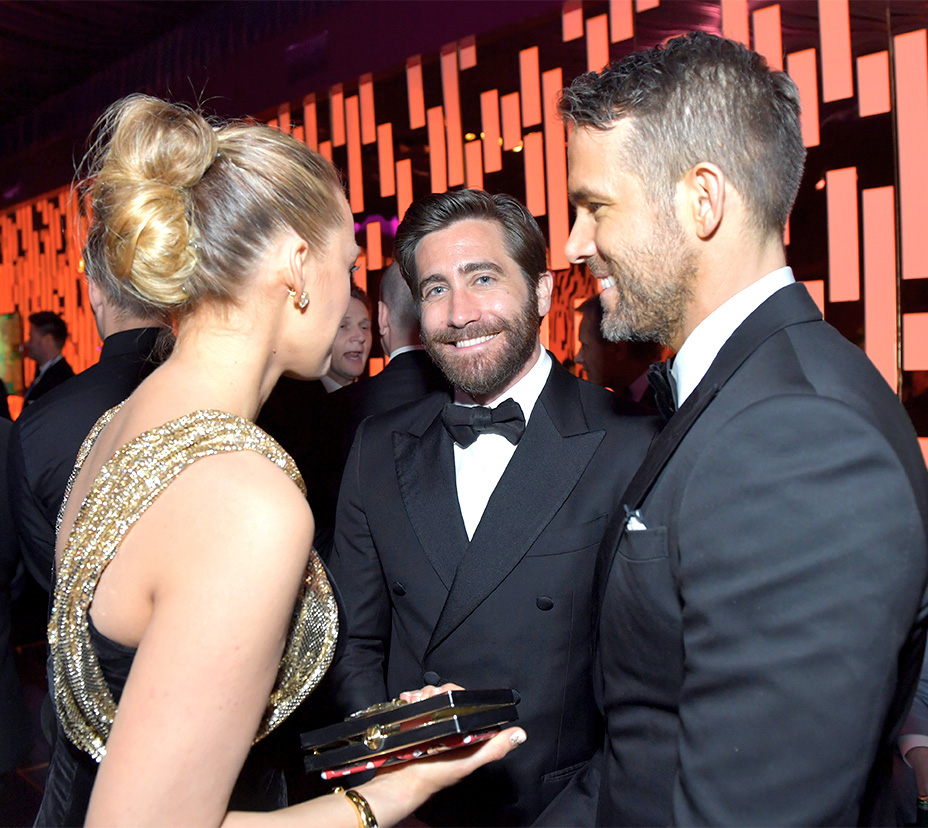