Seth Meyers has made Donald Trump a nightly target on his NBC late-night show, but he’d happily skip the political jokes Jan. 7, when he takes the stage to host the Hollywood Foreign Press Association’s Golden Globe Awards.

“I’m reserving the right to change my mind,” he says. “But especially this year with everything that’s happened in Hollywood, it seems far more important to have the focus there as opposed to anything that’s happening in Washington.” Without giving too much away, Meyers, 44, says he’s prepared to tackle the industry’s sexual harassment scandals head-on, as he’s done on his show, while still finding ways to celebrate the best of 2017’s film and television. “It’ll be all of that with, like, 10 jokes,” he quips in late December, teasing rules for his telecast drinking game and plans to enlist famous friends Tina Fey and Amy Poehler.

Are the BAFTAs Now the Second Biggest Film Awards (After the Oscars)?

Let’s start simple: Why sign on to host this year?

Well, you don’t really get to choose the year you get asked to do things like this. You can’t say, “Can you come back? I’d love to do it in, say, 2021.” And my experience being around Amy and Tina when they did it was really positive. It’s a really fun show to do, and, ultimately, I decided it’s an honor you say yes to.

Is fun an option in a year like this? What type of conversations have you had behind the scenes about how to address the current climate?

We have at least a slight advantage in that we’ve been having those conversations each night on our show, addressing that and other issues that don’t naturally lend themselves to a lightness of mood. With that said, my first instinct was, “Oh, this is the worst year to do it.” (Laughs.) And then I had conversations with my wife and with the women on this staff, and we all agreed it’s an opportunity to be able to say some things that you wouldn’t be able to say in previous years. 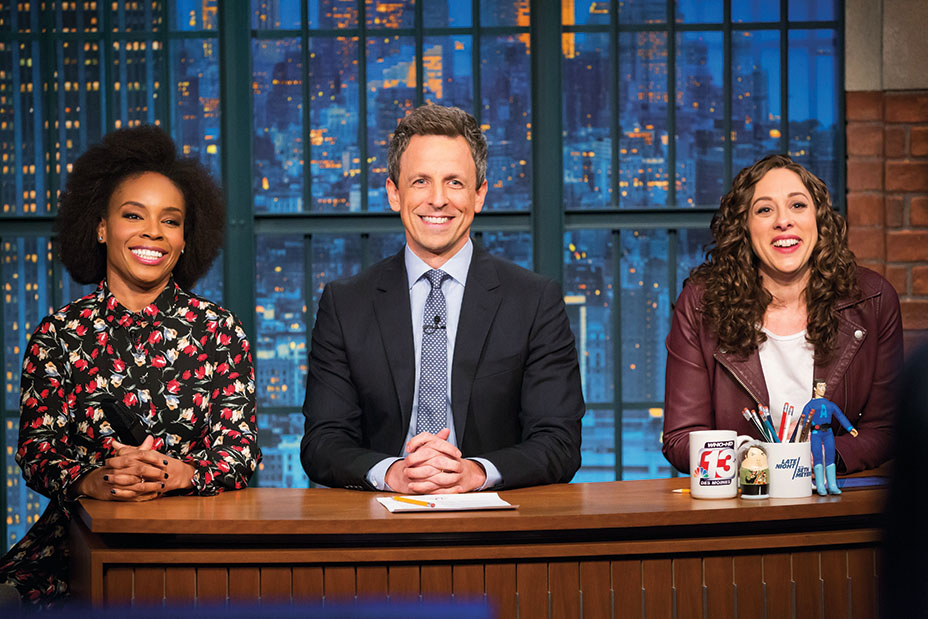 What did that conversation with your wife [attorney Alexi Ashe] entail?

My wife was an assistant district attorney in Brooklyn, and for two years she prosecuted misdemeanor sexual assault [cases]. This is stuff we talk about all the time at home, so this year has been a convergence of our worlds. I don’t know if I would’ve wanted to do this without her counsel in talking about it, and she’s a smart enough woman to know that I probably shouldn’t have done it without her help. (Laughs.)

What advice has she offered?

That women in general have been thinking about this stuff a lot longer than men. Now, I was lucky enough to have a head start in that this was what my wife did for a living, but for a lot of men, this seems like something that just happened. And for a lot of women, this is not something that just happened. So the best thing any man can do right now is listen and try to learn, because none of us are experts in this thing that we have not experienced. 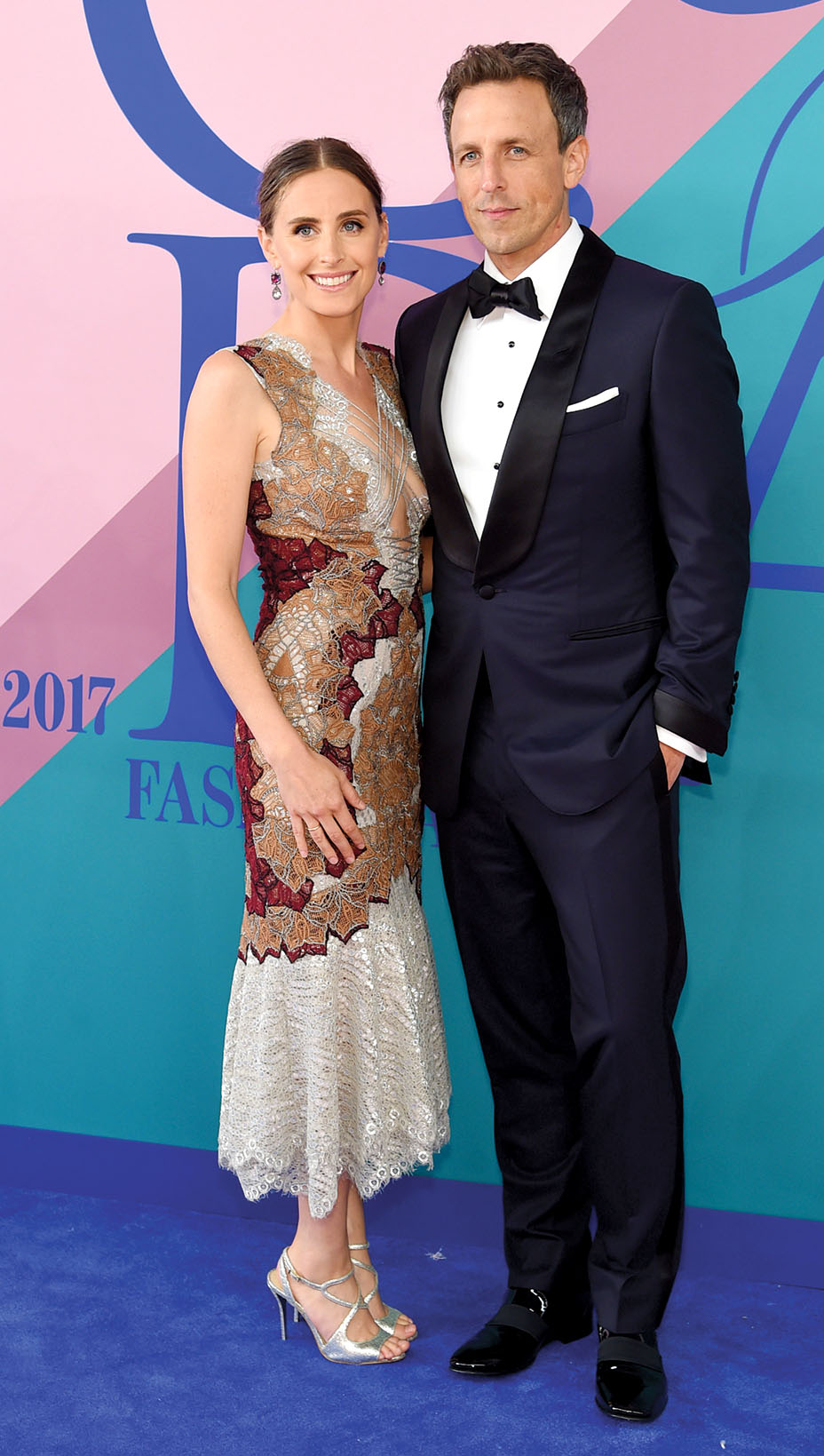 Will you tap any of your famous friends to help out?

I’ll certainly send a first draft of the monologue to Amy and Tina, and, should their busy schedules provide them time to look at it, I will repay them with great kindness. And, yes, alcohol.

Complete this sentence: The evening has gone off the rails if …

… Poehler is there, and I just throw the mic to her and say, “Will you just take it from here?” Then you’ll know it’s gone badly.

And this one? I’ll consider the night a success if Trump tweets …

If he tweets that he’s disappointed we didn’t bring him up, I’d be thrilled. That would fly in the face of what currently he believes is the problem, which is that we won’t stop talking about him. 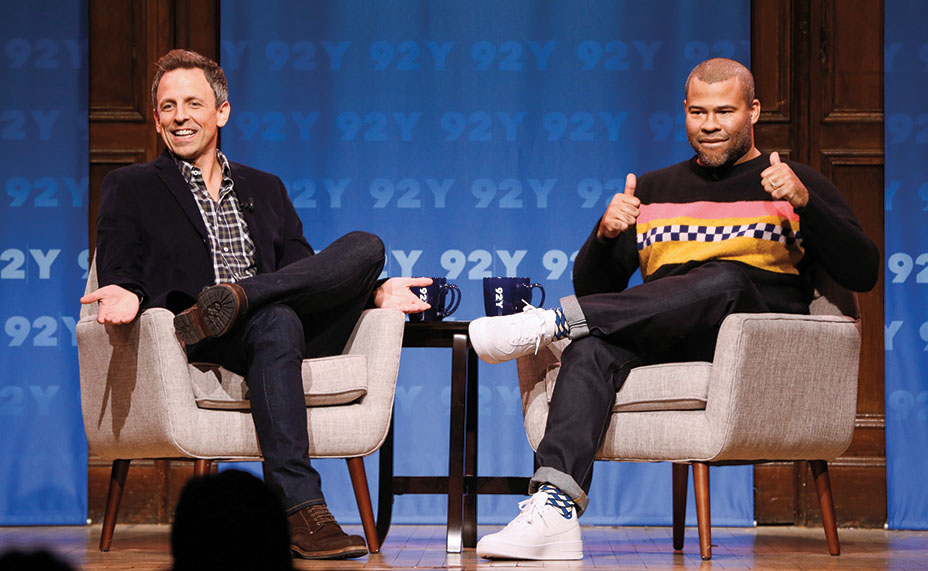 Amy and Tina famously created a Globes drinking game that included such rules as “Drink any time someone says, ‘I didn’t prepare anything.’ ” What should the rules be this year?

Drink any time someone references a man in Hollywood without saying their name but everyone knows who they’re talking about.

Oprah is being honored with the Cecil B. DeMille award. What are the rules for writing an Oprah joke?

Are you rooting for anything?

I wouldn’t say I’m rooting for any film over the other, but Jordan Peele is an old friend, and I thought his movie [Get Out] was really special. We lived in Amsterdam together and worked for an improv comedy theater [15 or 16 years ago], so the very fact that we will be in that room and not as party crashers is a nice life arc.

You’re an East Coast guy hosting the ultimate West Coast party. Do you feel like a bit of an interloper?

Dear God, now I do. For the first time I’m realizing I’ve made a terrible mistake. (Laughs.)