In advance of Hollywood’s big night at the 77th annual Golden Globes Awards, sources told The Hollywood Reporter that Phoebe Waller-Bridge (first-time best actress nominee for her role in the BBC comedy-drama series that she created, Fleabag) and Tom Hanks (best supporting actor nominee for his role as Fred Rogers in A Beautiful Day in the Neighborhood and recipient of the Cecil B. DeMille award) have reportedly eschewed the use of Hollywood stylists for the show.

Waller-Bridge dazzled on the red carpet on Sunday in a black Chantilly lace suit with a silk tuxedo lapel and ribbon appliqué, as seen on the runway at Ralph & Russo’s fall 2019 couture collection. And it was for a good cause; backstage at the Globes, she told reporters, “We have hatched an amazing plan with Ralph [and] Russo. And we are going to auction it off and the money that is raised from it will go to relief in Australia.” 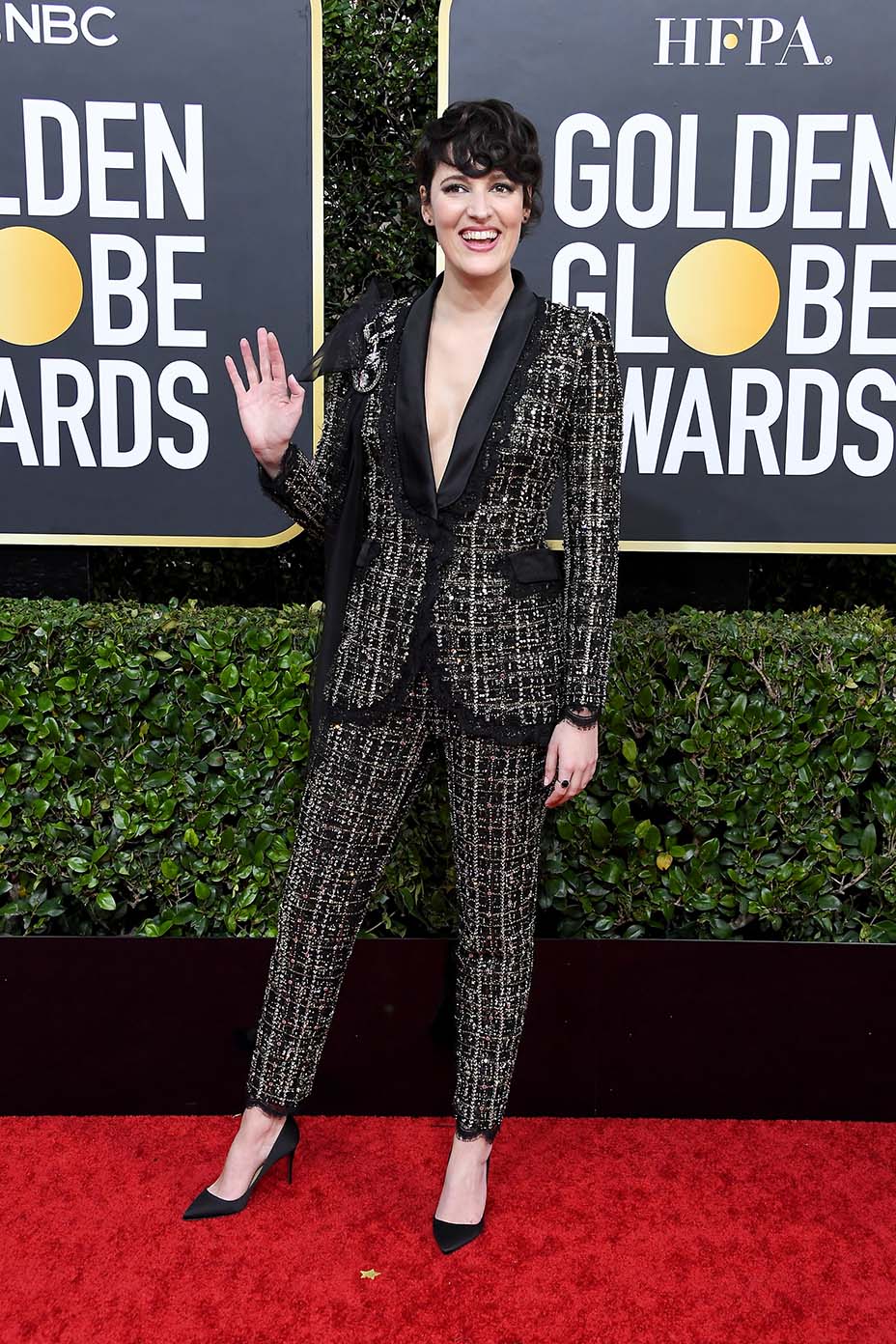 For the Emmys in September, Waller-Bridge worked with A-list fashion stylist Elizabeth Saltzman (whose clients include Gwyneth Paltrow, Saoirse Ronan, and star of Waller-Bridge’s drama Killing Eve, Jodie Comer). On that occasion, Waller-Bridge wore an embellished tulle Monique Lhuillier princess gown and Atelier Swarovski earrings that landed her on the THR best-dressed list.

Hanks has partnered with fashion stylist Negar Ali Kline (who also works with Jessica Lange) for editorial shoots and events in the past. But Kline did not style Hanks for the Globes, raising the question of whether Hanks acquired his Tom Ford tuxedo directly and decided to forgo the styling service. Hanks donned a velvet cocktail jacket with satin shawl lapel, ivory pocket square and Atticus trousers, while wife Rita Wilson also chose a lace evening gown from Tom Ford.

That said, they all have the cred (as do Waller-Bridge and Hanks) to pull in pieces directly from major fashion houses. Yet it takes loads of taste and time to track down pieces, call them in and return them. It’s challenging to create looks styled from head to toe that flatter and fit impeccably, particularly in the Instagram era when stars are constantly in the spotlight with high expectations of creativity and no repeats — although rewearing is arguably a more admirable move in terms of sustainability.

In an interview with Vogue for her cover feature in December 2019, Waller-Bridge said, “I maintain the right to leave the house looking like shit, in my pajamas.” She added, “I find dressing really stressful, just that decision every day. You want to just Steve Jobs it.”

The 34-year-old star has referred to herself as “a massive control freak.” Maybe that trait was a tipping point in her decision to go rogue in the styling department.

Whatever the case, Waller-Bridge (and the others) seem to be managing it all just fine, if not with great panache. At least for now.