Jewelry houses are always eager for a statement necklace to make the cut on a star’s red-carpet look — it’s the piece most easily seen, after all, versus a quick glimpse at a cocktail ring or earrings that have to compete with tendrils of hair for attention. For Sunday night’s Golden Globes, pricey statement necklaces turned up in abundance.

Cynthia Erivo arrived early on the red carpet and set Twitter afire with questions about her Bulgari necklace: From the house’s Cinemagia high-jewelry collection, launched last summer, the necklace highlights a pear-shaped cabochon sapphire totaling 40.4 carats on a platinum choker that features an assortment of diamonds and sapphires totaling 56.65 carats. Platinum and diamond high-jewelry rings and diamond studs were set in platinum, which valued Erivo’s look at more than $3 million. 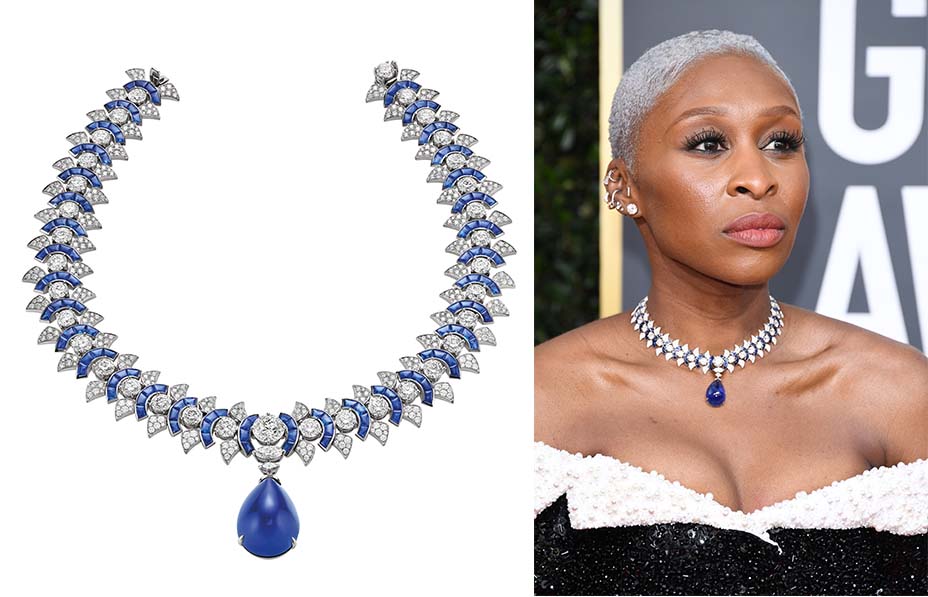 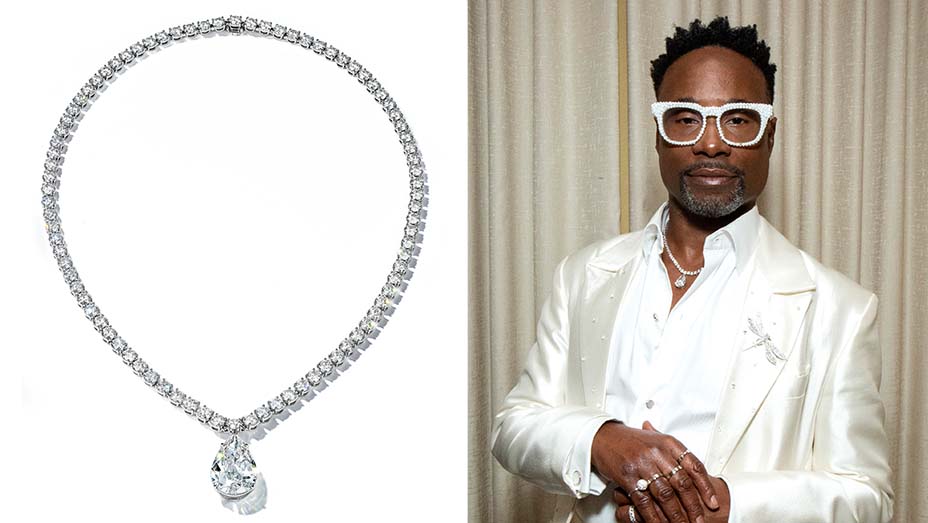 Perhaps inspired by her Christmas present from fiancé Alex Rodriguez, Jennifer Lopez opted for emeralds and diamonds by Harry Winston with her Valentino gown. Her statement necklace was just released by the house, featuring 21 cushion-cut Colombian emeralds and 58 diagonally set pear-shaped diamonds for a total of 76.36 carats. It’s a one-of-a-kind piece that the Hustlers star and Golden Globe nominee paired with matching earrings, ring and a vintage 1959 emerald and diamond bracelet from Harry Winston’s archives. It tops 145 carats. 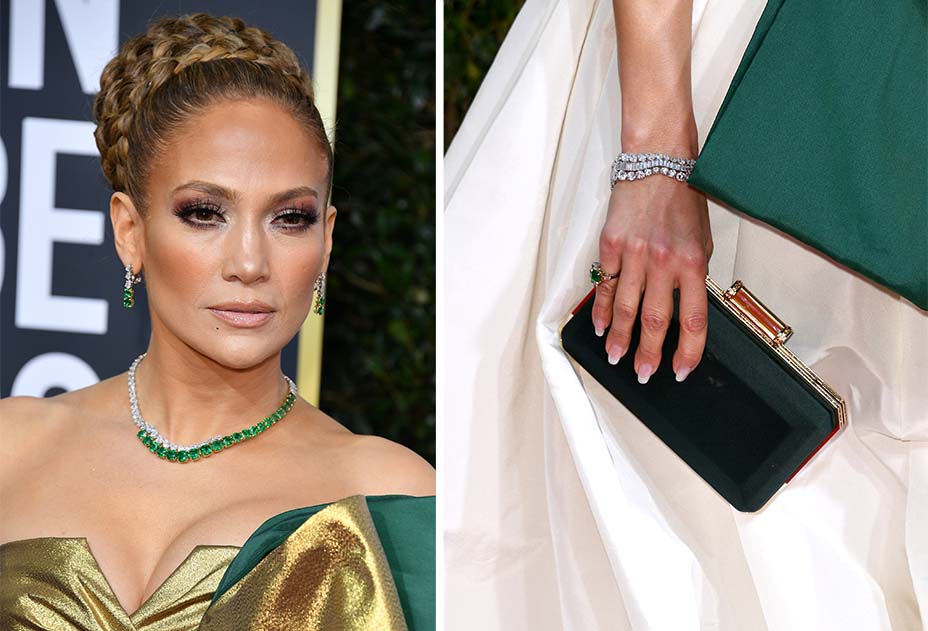 Like Lopez, Rachel Weisz also wore a Harry Winston necklace that’s fresh from the workshop. The Fifth Avenue Crossover Diamond Necklace featured 211 fancy shaped and baguette-cut diamonds set in platinum and adding up to 75.64 carats. Part of Harry Winston’s just-released New York collection, the necklace was inspired by the grandeur of the steps of the Metropolitan Museum of Art and is valued at more than $1.2 million. 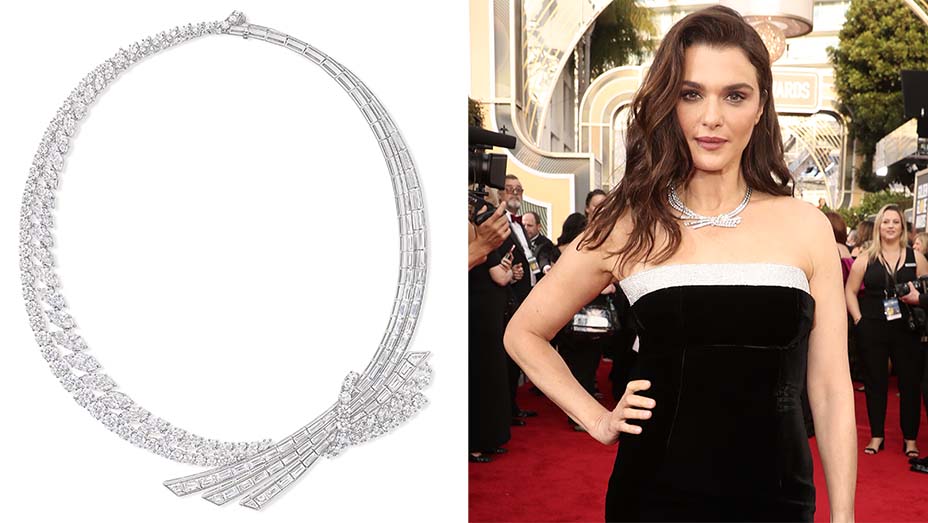