ComiXology’s Goliath Girls is making a comeback in a big way next month.

The digital comic series by Sam Humphries and Alti Firmansyah, part of the ComiXology Originals line from the Amazon subsidiary, isn’t just releasing its long-awaited second issue on Dec. 5 — an exclusive preview of which can be seen below. It’s also releasing a special edition of the first issue, which includes the complete story as well as never-before-seen process art, script pages and character-development work from Humphries and Firmansyah, to help newcomers catch up.

Both issues are available at no additional cost to members of ComiXology Unlimited, Kindle Unlimited and Prime Reading. They’re also available to purchase for $2.99 each via ComiXology and Kindle, with both issues released simultaneously in English and Japanese, and the latter is available through Amazon.jp.

“Goliath Girls is a historic first,” Humphries tells The Hollywood Reporter. “The first English-language comic to be simultaneously translated and published in the Japanese marketplace. Digital services like ComiXology are removing traditional barriers and building connections between markets. These services give publishers and creators the ability to reach readers all over the world, instantaneously. We are evolving into a global, connected comic book marketplace — the connected market.”

The second issue of the series expands on the mission of best friends Zelda, Eunice and Juliet as the self-styled orphans of the Kaiju Generation continue to search for the King of All Goliaths, unaware that others are looking for the same thing.

“In Goliath Girls issue 2, we meet a new Goliath, we see a Goliath fight and we get to see Zelda fight with her mother,” Humphries teases. “Eunice is incredibly smart but not smart enough to keep her out of trouble. In this issue we get hints of a decision she’s made that she can never, ever take back. It’s so big, it has the potential to end what is left of the Goliath Girls.”

In case that’s not enough, there’s one more tease Humphries had to offer: “Juliet does some dental work.” 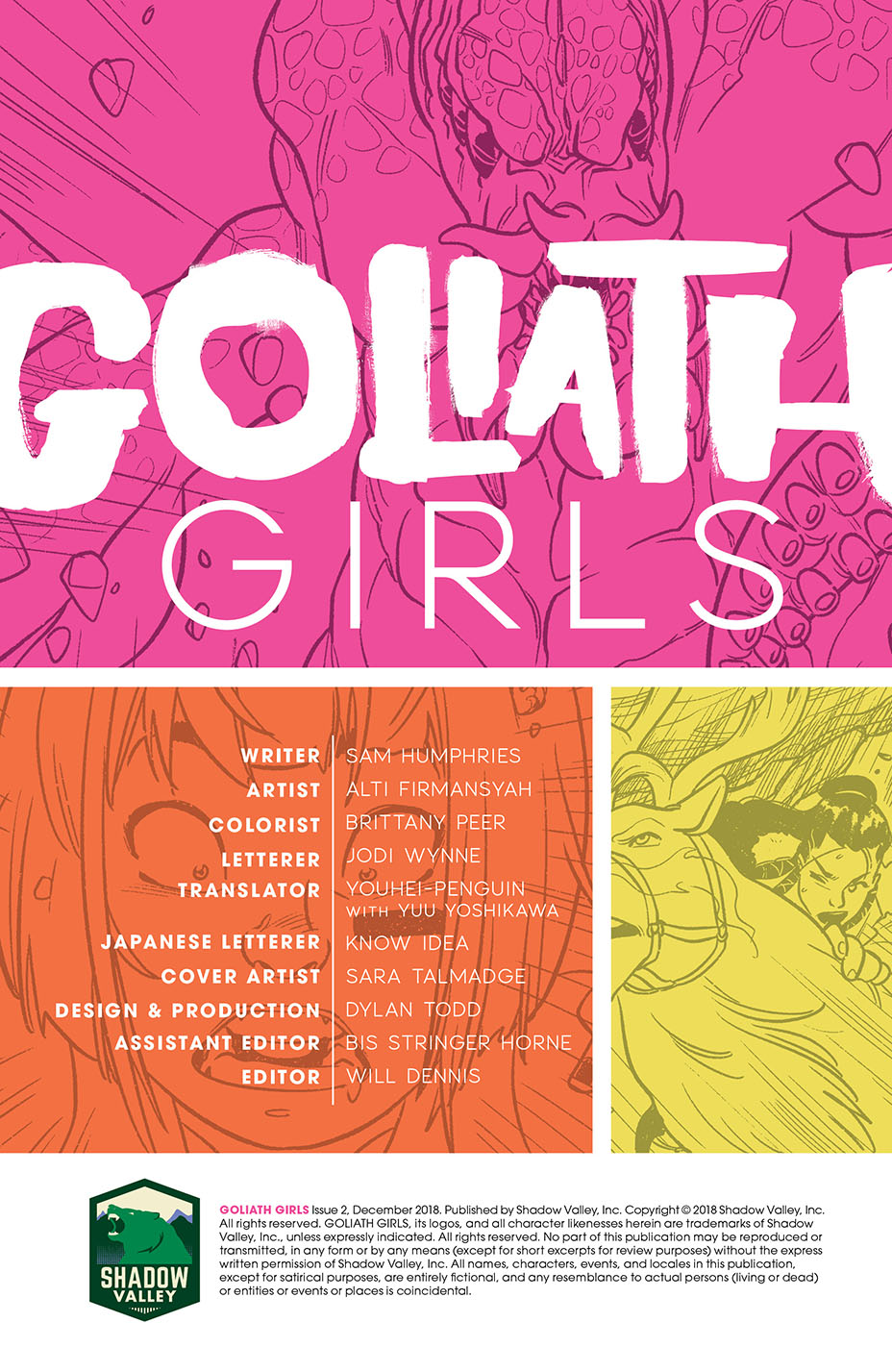 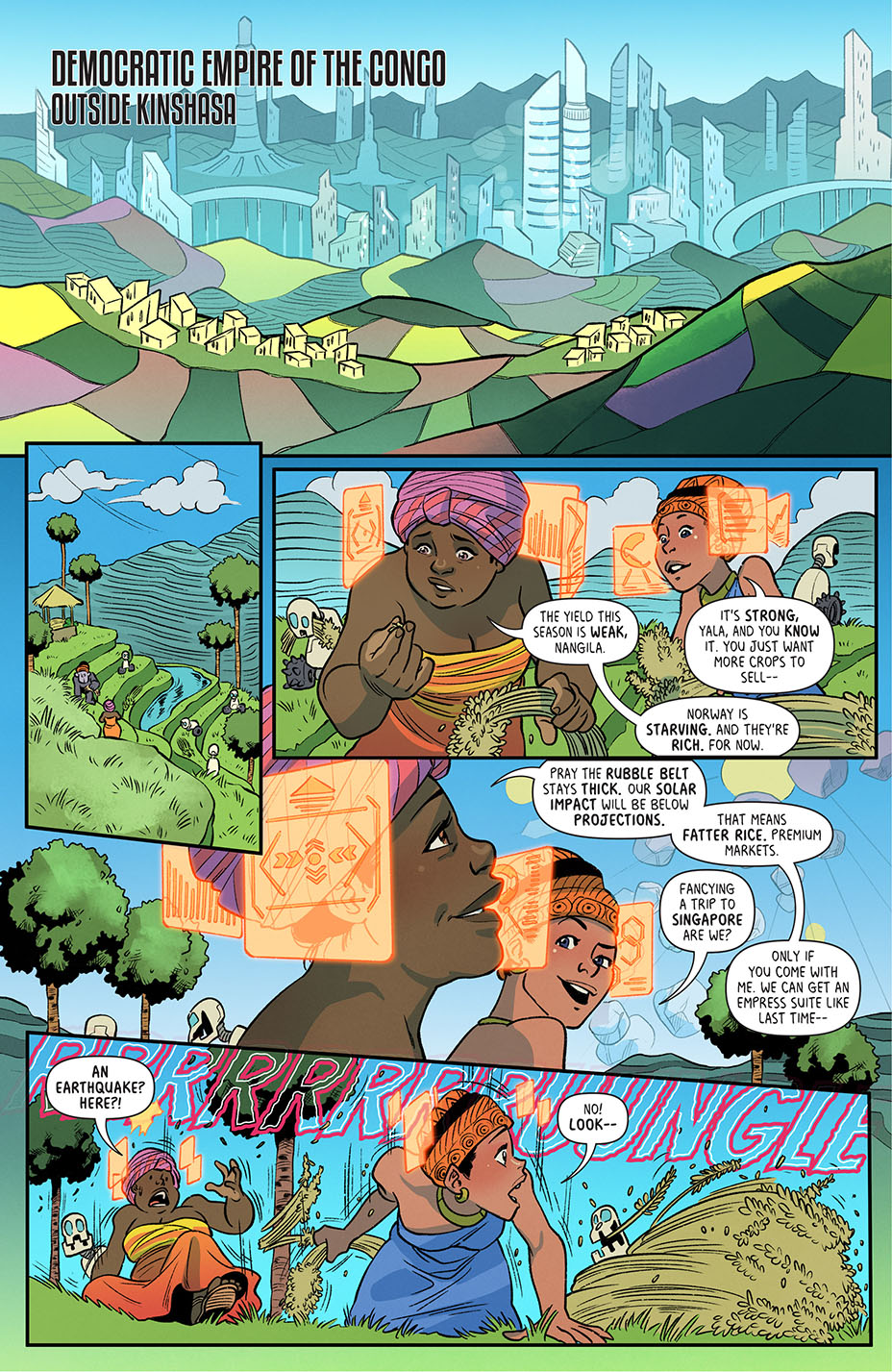 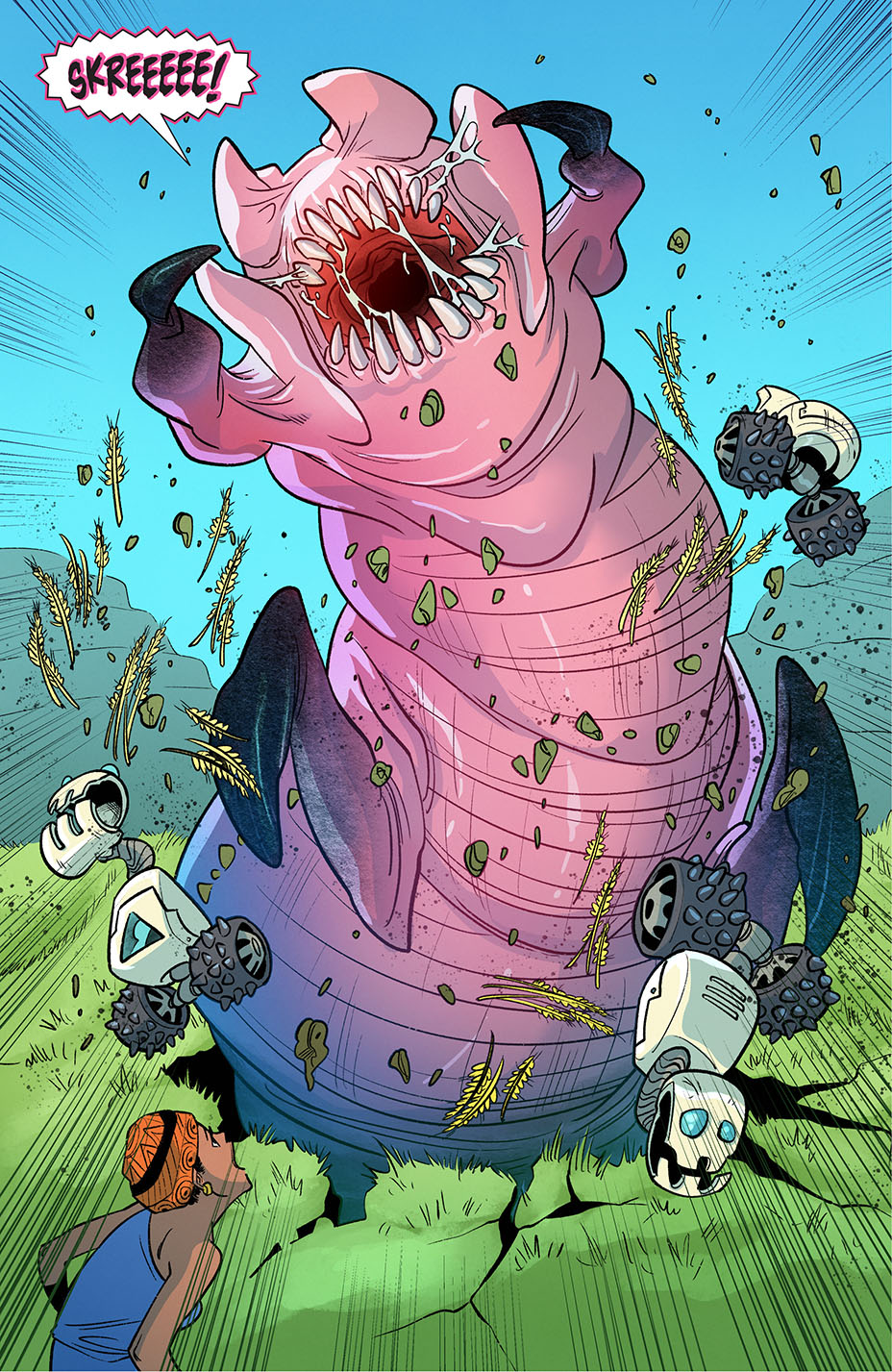 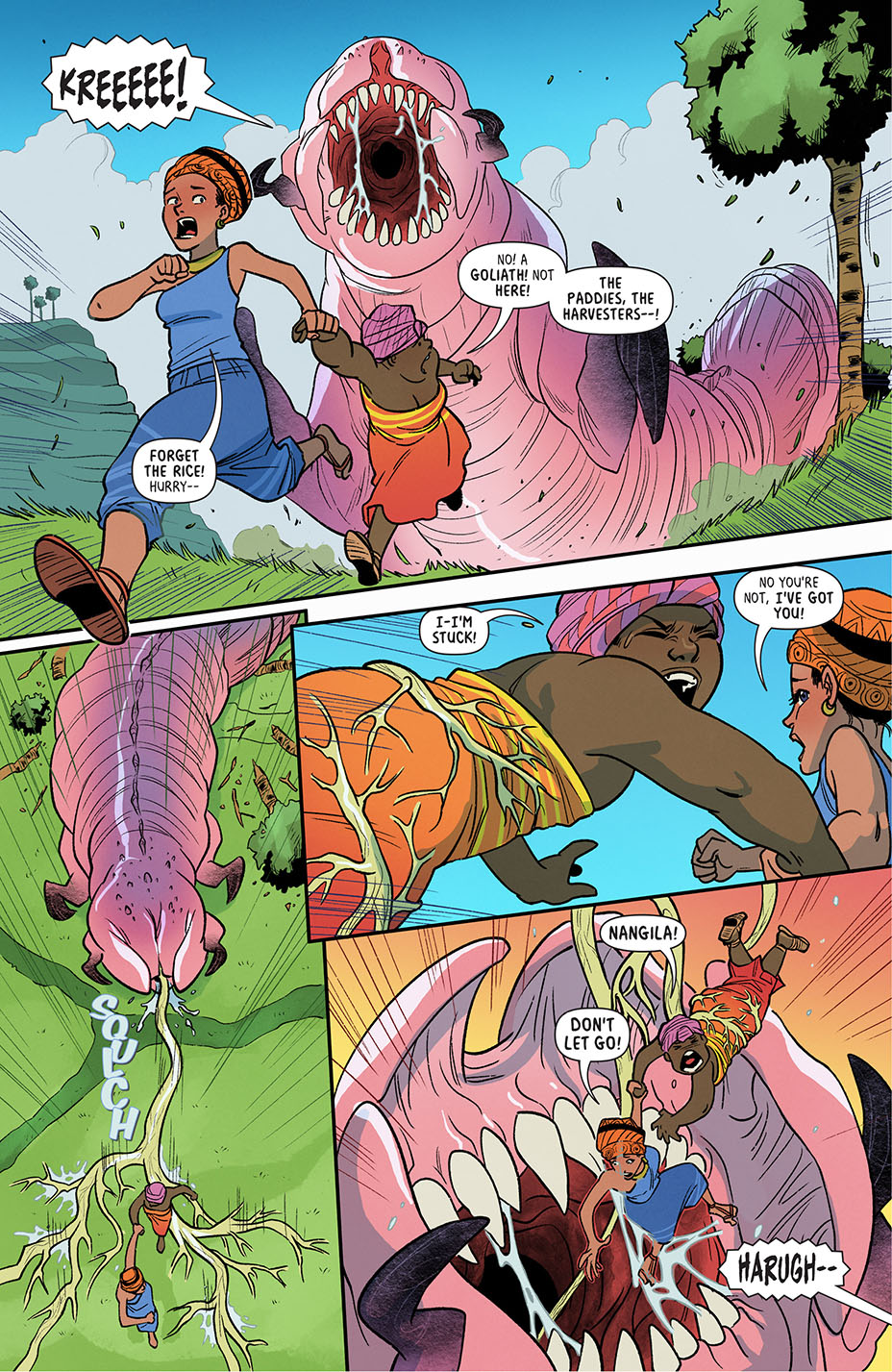 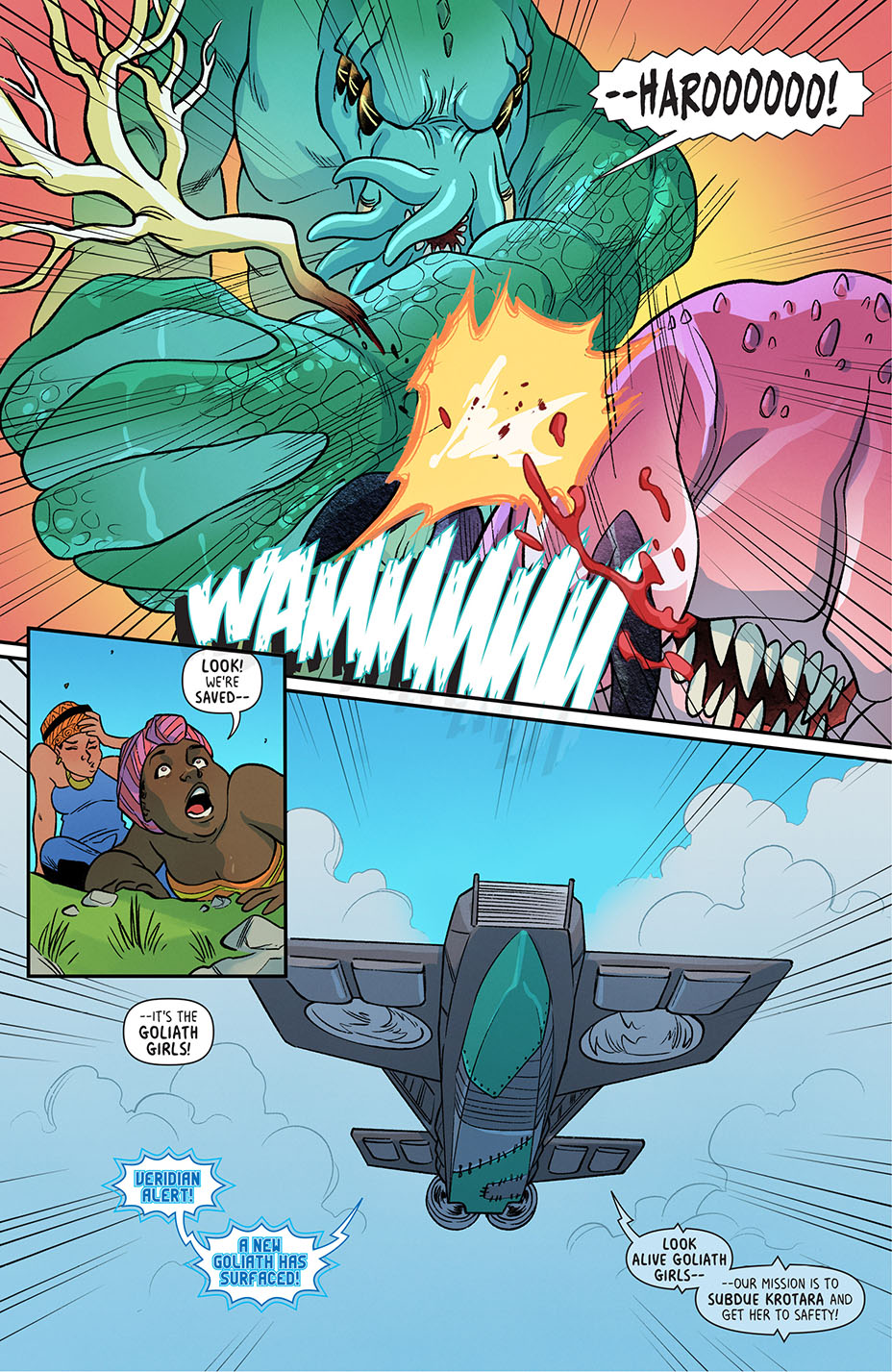 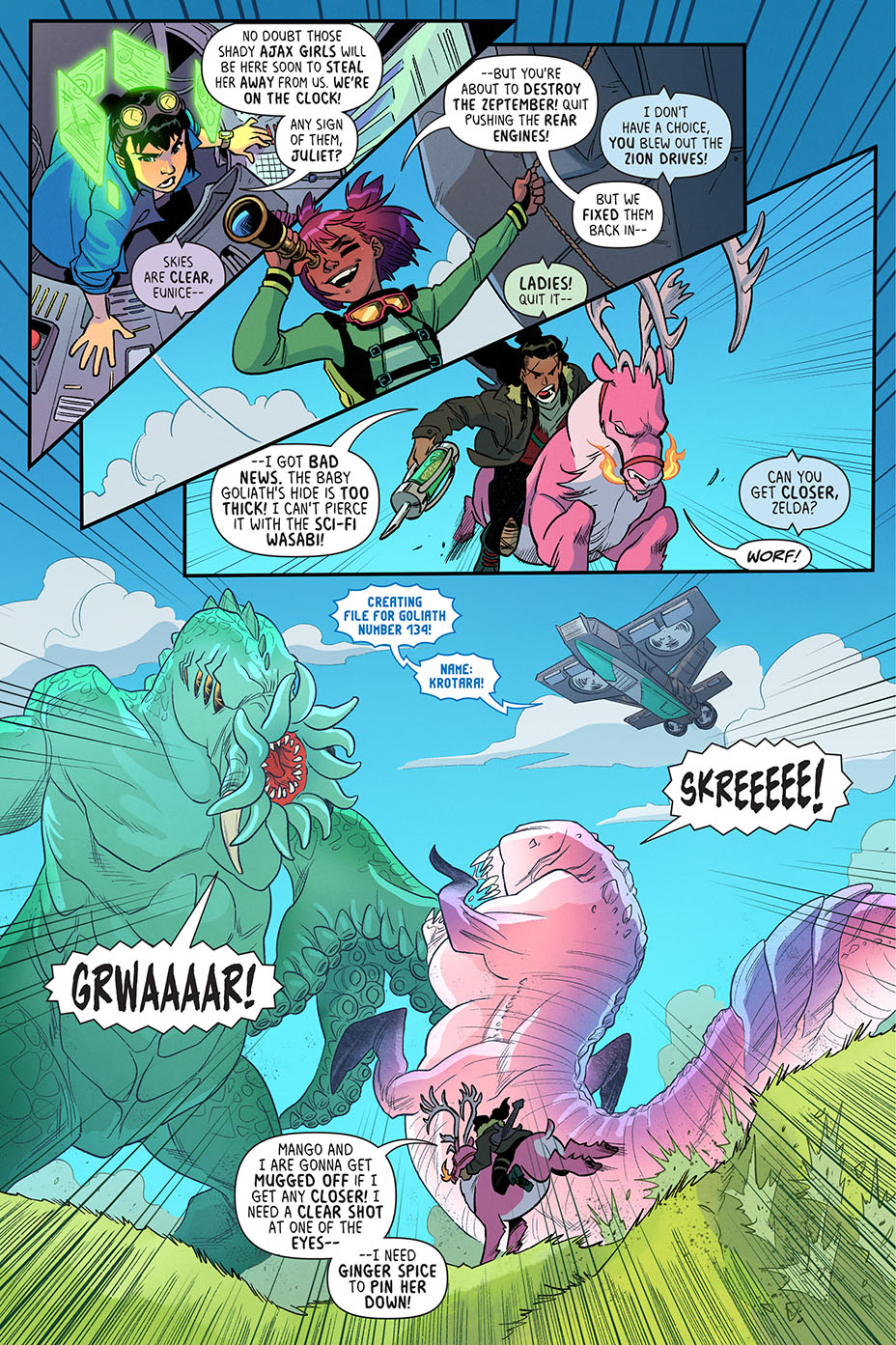