For costume designer Claire Anderson, who created the looks for Amazon’s apocalyptic comedy Good Omens, depicting the forces of good versus evil went beyond using a palette of black and white. The six-part miniseries, out May 31, follows demon Crowley (David Tennant) and angel Aziraphale (Michael Sheen) as frenemies who team up to avoid the coming of the Antichrist, which would mean the destruction of an Earth whose pleasures they’ve come to enjoy. (Their bosses? Benedict Cumberbatch as Satan and Frances McDormand as God.)

With 40-plus periods — including the Crucifixion and World War II — “angelness and demon-ness” needed to cross all timelines, says Anderson. Sheen’s ether-eal waistcoat suited Victorian England and modern London alike, with the British designer taking cues from “Pre-Raphaelite paintings … because religion was so fervently strong in that era.” Gold threads in a bow tie or a shirt dyed pale blue added “serenity and warmth,” she says.

For Crowley’s demonic look, Anderson referenced rocker styles. “David moves like Keith Richards did in the ’60s,” says Anderson, who designed textured jackets with big lapels that “allow[ed] his shirt fabric to tumble when open.” Anderson also painted snakeskin shoes black with red around the soles to mimic the “red banding of the snake in the Garden of Eden.”

To create flexible wings for a heavenly host, “we designed them with a wire that was thinner than a drinking straw and added ping-pong balls on top,” she says. “When attached to the characters, they moved like fabric.”

Perhaps the most impeccably dressed was Jon Hamm’s head angel Gabriel. “We went to the Italian label Zegna on Bond Street, as I wanted the softness of cashmere for his character,” says Anderson. “He looked wonderful in a tailored pearl gray suit with a hint of lilac. We gave him lilac contact lenses to bring out the coat and the violet in his eyes.” It would seem that God and the devil are in the details. 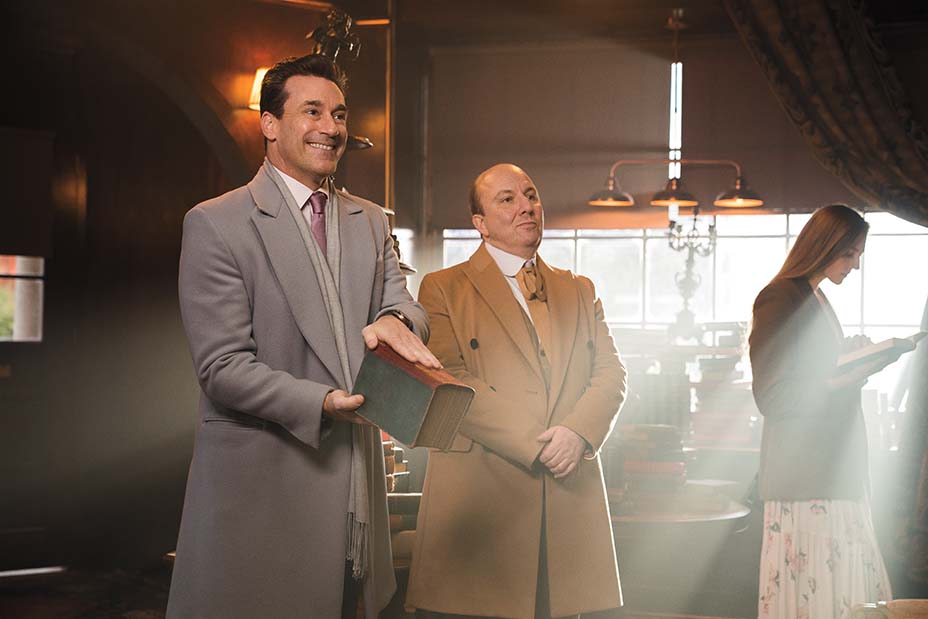 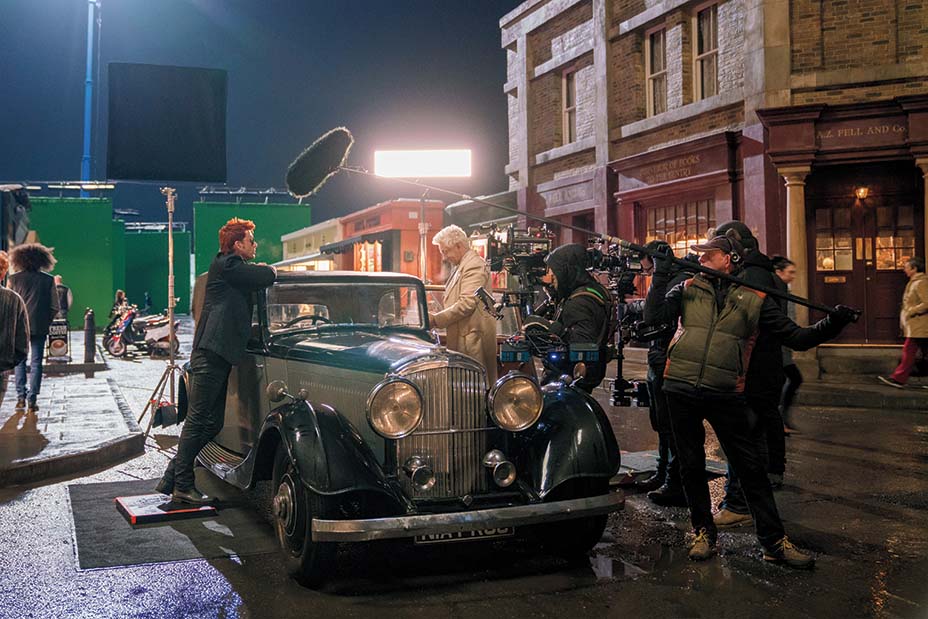 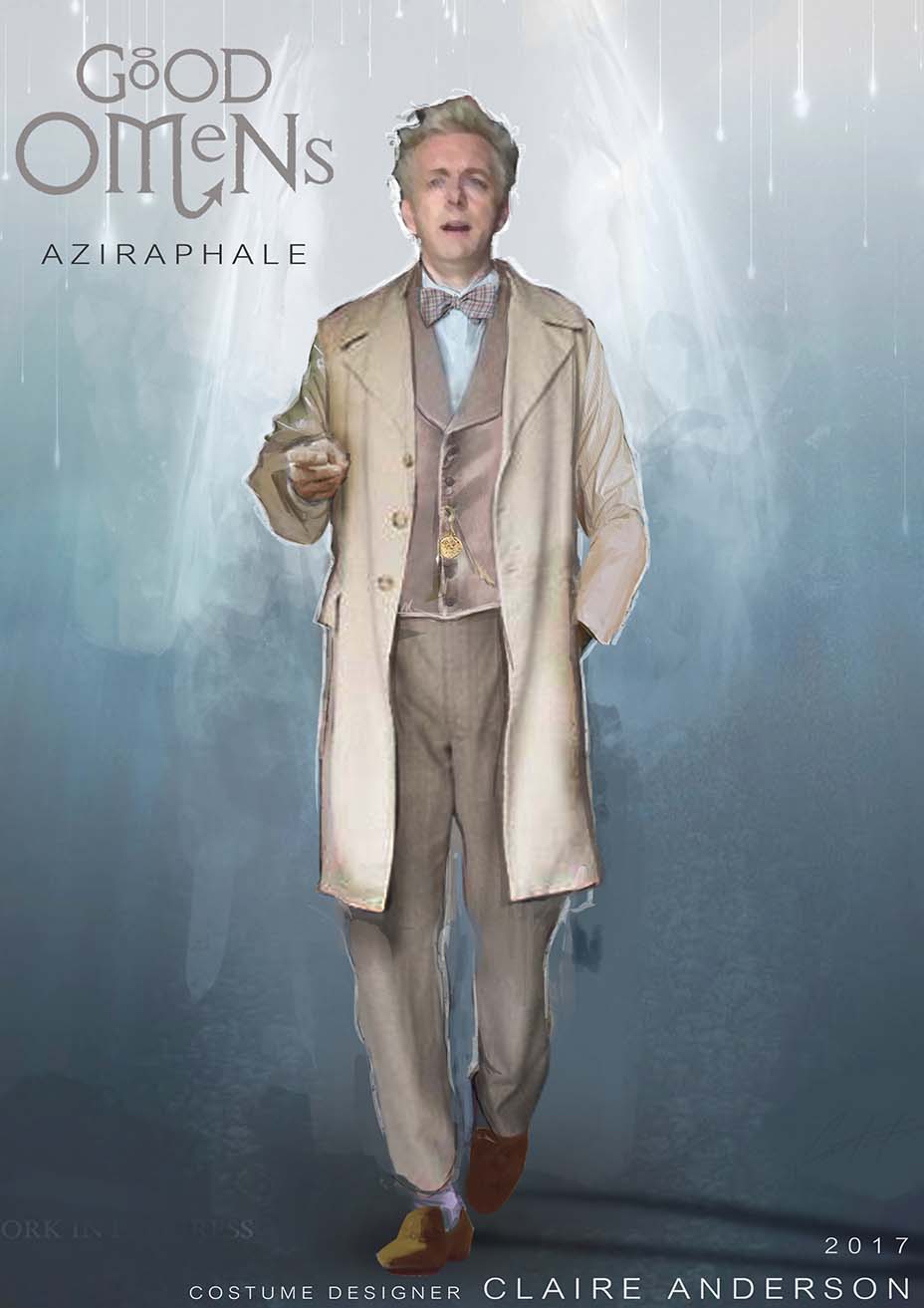 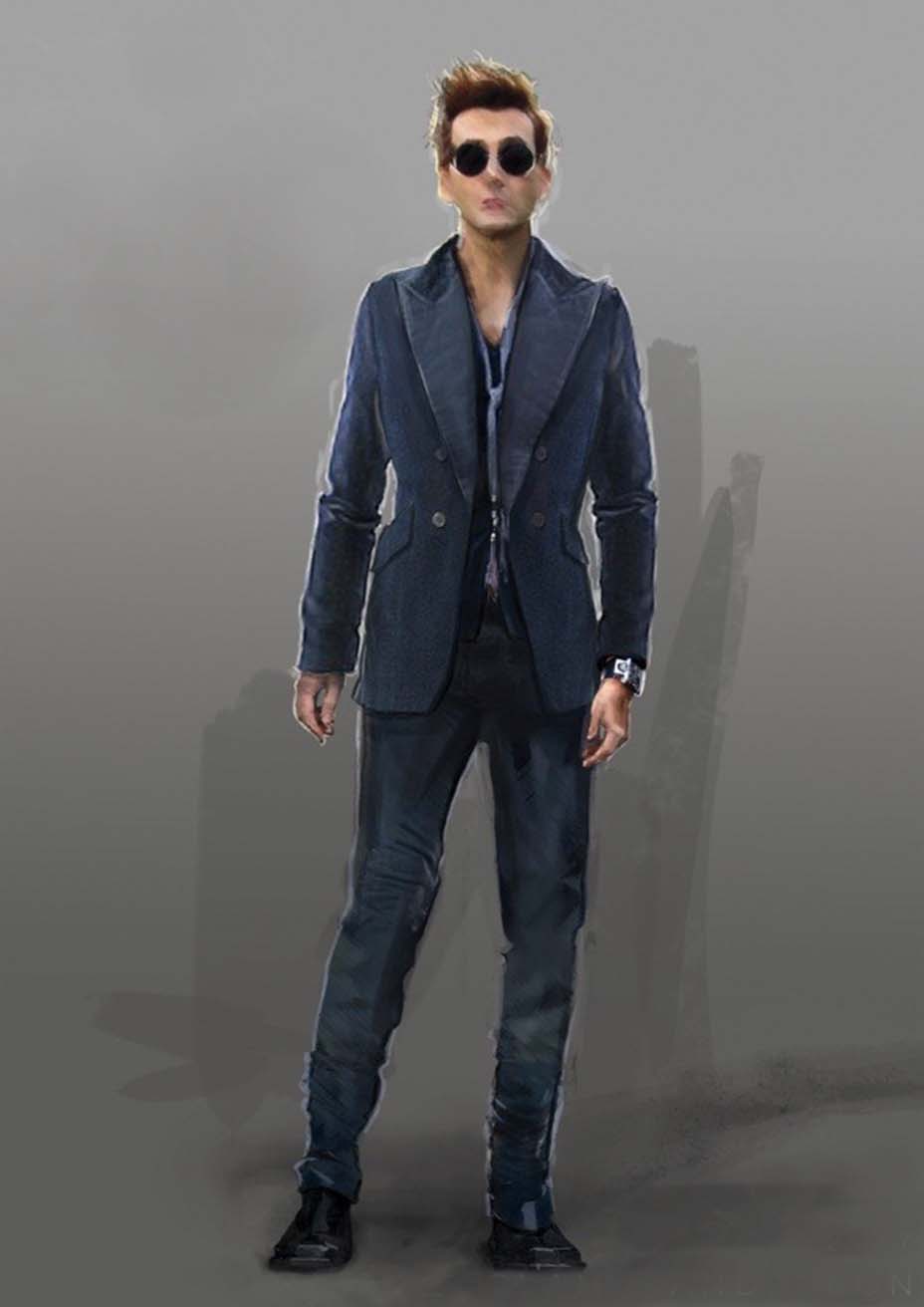 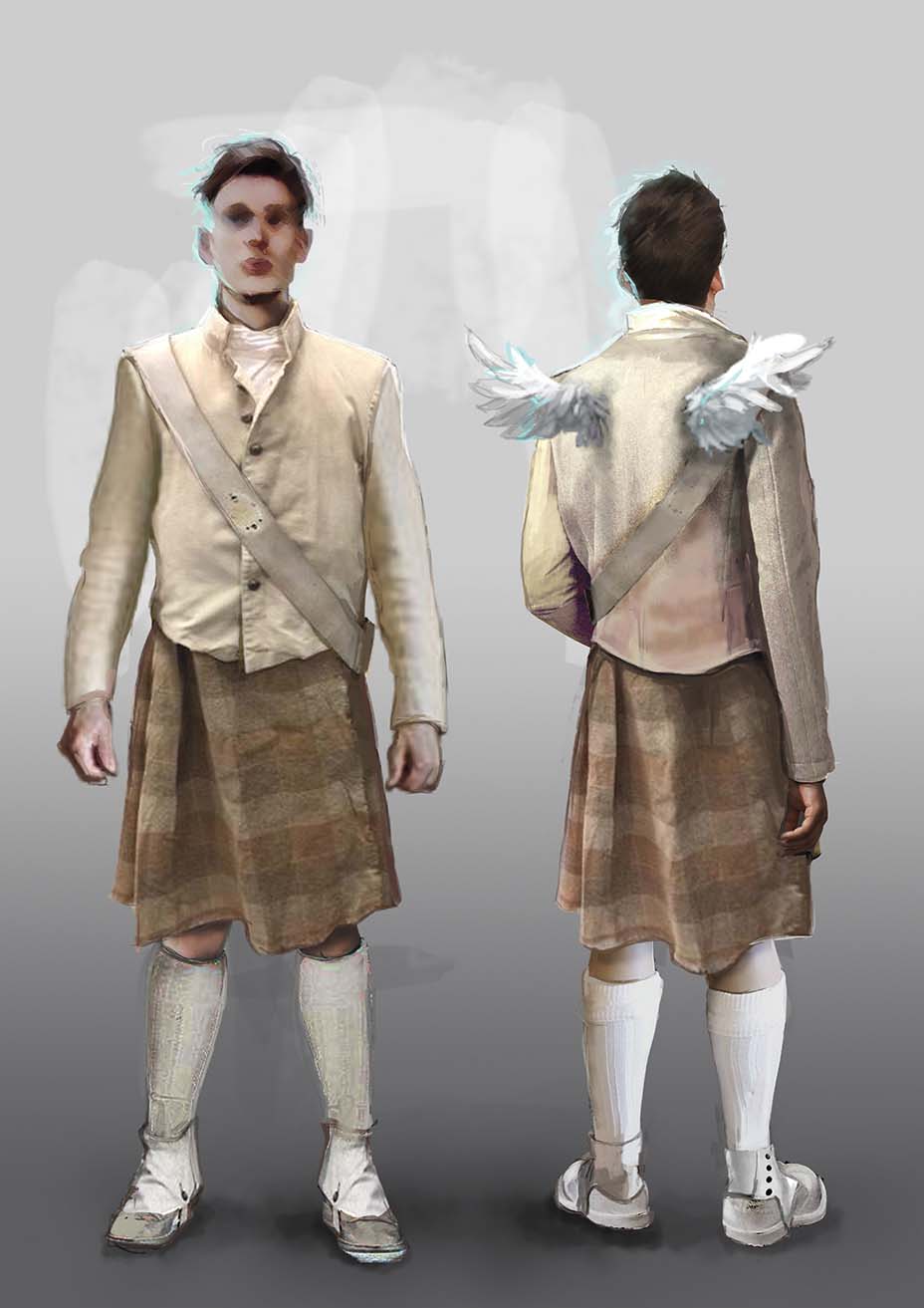 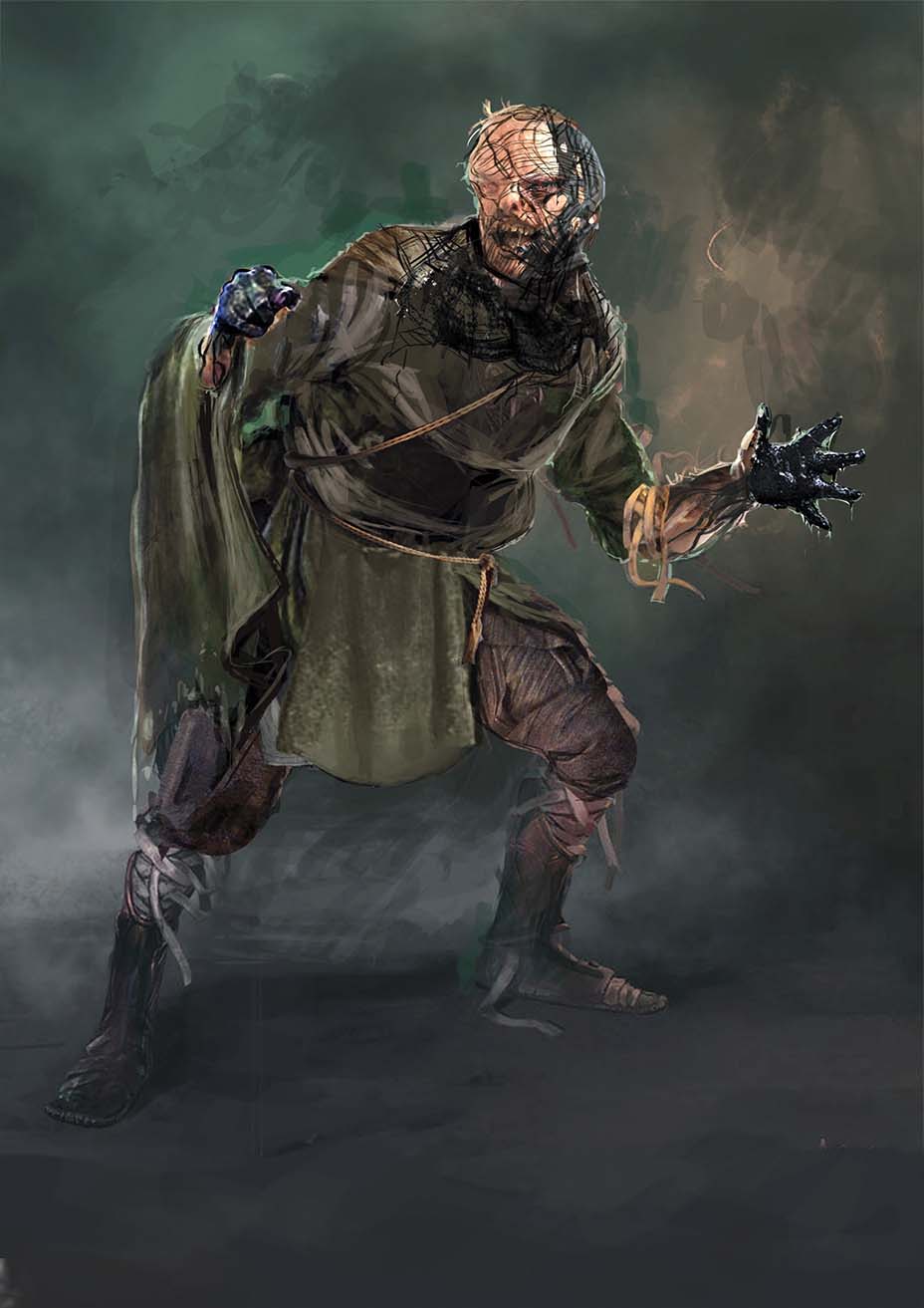