When we started doing Grace and Frankie, one thing we wanted to deal with was sexuality in your 70s. Once you get past a certain point, for women in particular, people dismiss you as a sexual being. The idea that these characters would start to sell vibrators targeted to older women in season three perfectly fit into our desire to tell people that you can start your life at any age. The idea to put Lily Tomlin and Jane Fonda on billboards with the vibrators — that came from the annual meeting we have with Netflix and Skydance. We all glommed on to it because, well, it was freaking funny.

If there was a negative reaction, I never heard a peep. Even my 80-something aunts thought it was hilarious. I do know that in certain markets, certainly not Los Angeles, they removed the vibrators from the photo. But this is a show that talks about dry vaginas. This is a show that had a line in season three about losing your pubic hair. I don’t know this for a fact, but I’m fairly certain these aren’t topics of conversation on other programs. We want to tackle aging from every angle.

I’m the oldest person in the writers room — one that ranges from 30 up to 60 — and we’ve all done reams of research about older people and the realities that they face today. I’m not as old as Grace or Frankie, but I’m experiencing much of what they experience — maybe not to the same extreme, but I’m feeling it. There are certain things that at my age I already can identify with. I feel what these characters feel about being dismissed. After you get to a certain age, you’re not someone that people look at anymore. Women sort of disappear, especially around younger men.

So all of us on the writing team spoke with a lot of older women at the start, and we spent a lot of time talking to Jane and Lily about their own experiences with aging. Some of what we’ve written is definitely anecdotal — friends of friends, cousins, aunts who send emails — but we don’t seek that out as much as we seek out the research: We did a bunch on the incidence of sexually transmitted diseases in retirement communities, for example. Man, they are going at it. Viagra and Cialis changed sex for people over a certain age. And they’re not using condoms because no one’s getting pregnant.

It’s not all funny. The writers talk a lot about their own aging parents. People have strokes. People break their hips. They fall down, and they can’t get up. That’s the reality of aging. And it felt like to avoid the more difficult stuff would be a real shame. What I’m finding from the younger women who tell us they watch the show is that they’re learning what it’s going to be like. No one told me what it would be like to age. There have been moments: Nora Ephron’s book I Feel Bad About My Neck and, of course, The Golden Girls. But that was a different take — there hasn’t been a lot about aging on TV.

People might think that for some actors, there’s always work. But I know that Jane and Lily and Martin Sheen and Sam Waterston are so happy to have a regular job — something that they come to every day. I’m not sure they felt that was something that was necessarily going to happen for them again, as opposed to a movie here or a movie there. Lily and Jane are the busiest women I know in Hollywood, but Jane left the business for 15 years. She didn’t know what she was going to be coming back to. Once we got the show going, that’s when this responsibility to give an authentic look at aging became weightier. We hire many older actors, all of whom I think are tired of playing the grandmother or the grandfather. They get to come in and get to be funny. They get to be the love interest.

My daughter sent me an article the other day that said doctors are beginning to prescribe vibrators for the health of older women’s vaginas. All of the things we said in the show, doctors say it’s good for you. 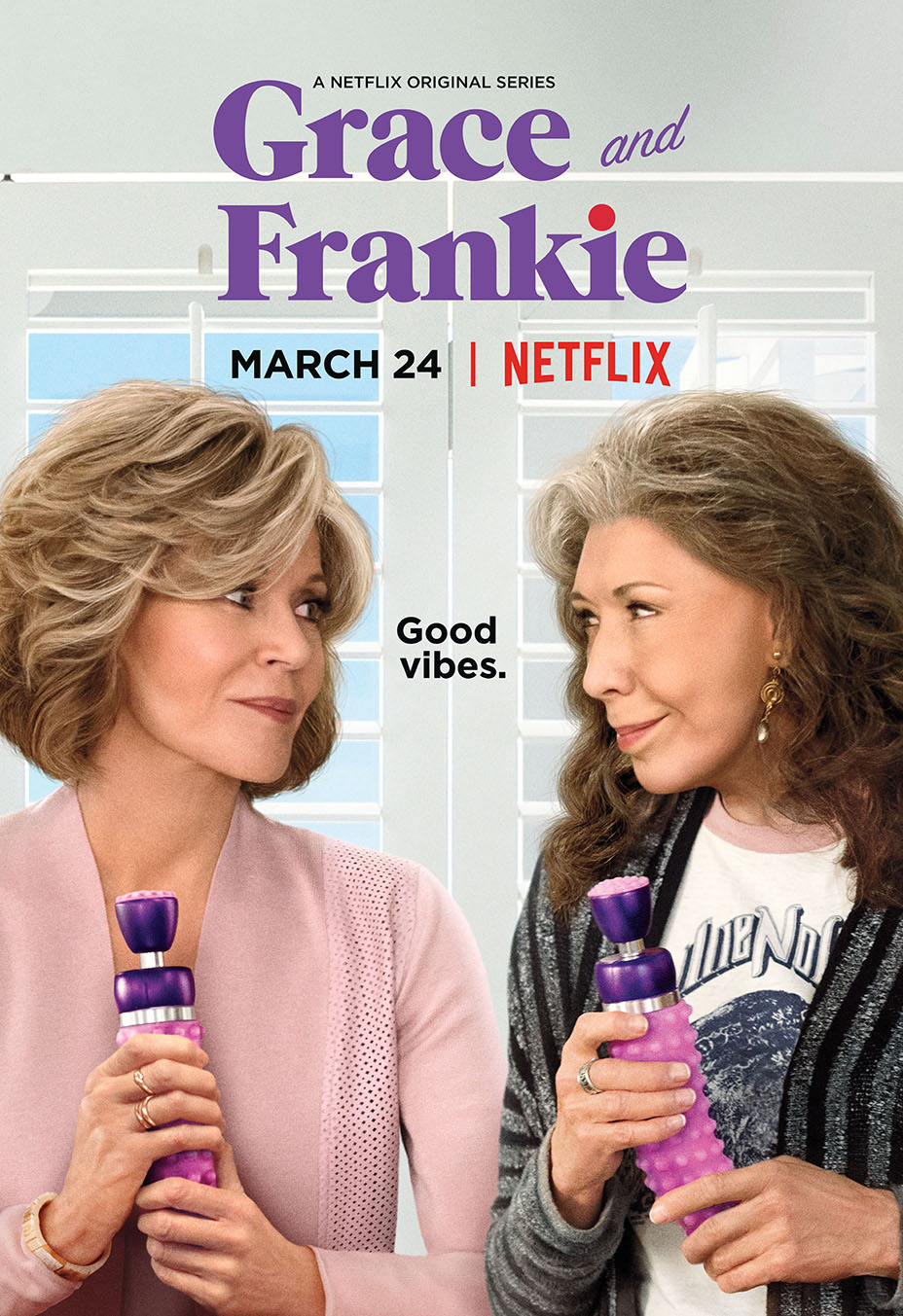