Not only will fans of America’s greatest jam band be able to read about their earliest days in Z2 Comics’ upcoming graphic novel Grateful Dead: Origins, but they will also be able to listen to them, thanks to a limited edition featuring an accompanying album. The Hollywood Reporter can exclusively debut illustrator Noah Van Sciver’s artwork for the vinyl edition of the album, as well as two pages from the graphic novel, ahead of the June release.

The “strictly limited collectors deluxe edition” of Origins — which will feature the book in an oversized, individually numbered hardcover edition autographed by Van Sciver and writer Chris Miskiewicz, featuring exclusive prints and a vinyl LP of a live Dead show recorded at the Fillmore West in San Francisco in August 1968 — will be released June 12, with the standard edition following June 19.

“We can’t wait for everyone to see and hear the amazing Origins package and we hope it will provide some comfort to music and graphic novel fans alike during these challenging times,” Z2 Comics publisher Josh Frankel said in a statement.

“Our plan was always to time the release to the week of Record Store Day, giving comic shops and booksellers the ultimate music book for their customers. We will still do that, it will just happen in June now,” he continued. The event was rescheduled last month from its original April 18 date. “I assure you, as this project has come together, it has turned into something even more special than we could have ever expected and we know comics readers, music archivists, and Deadheads everywhere will agree that it was worth the wait.”

Read on for two pages from the book, as well as Van Sciver’s front and back artwork for the vinyl release. 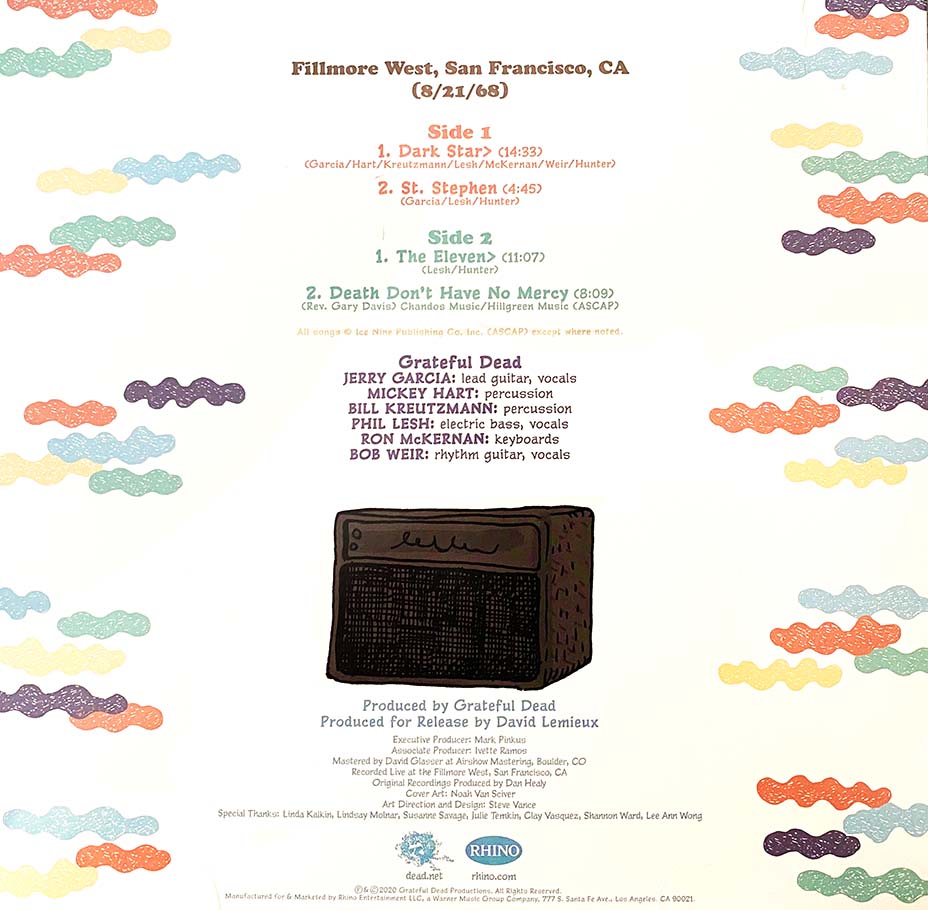 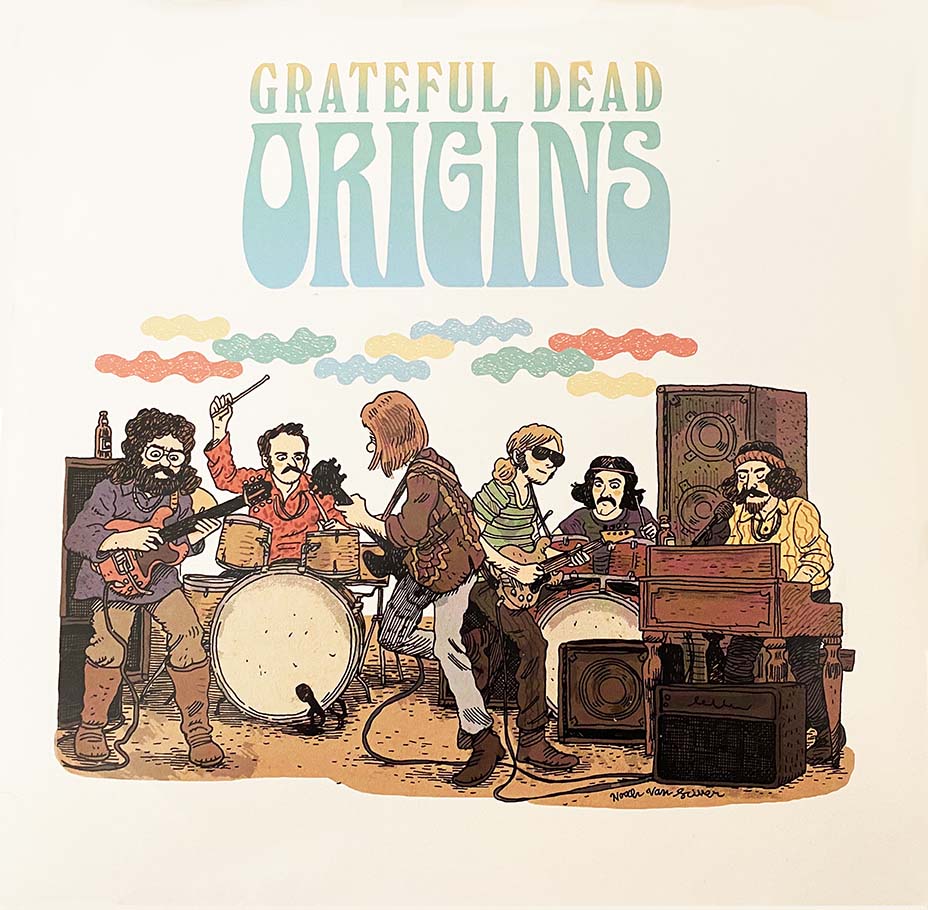 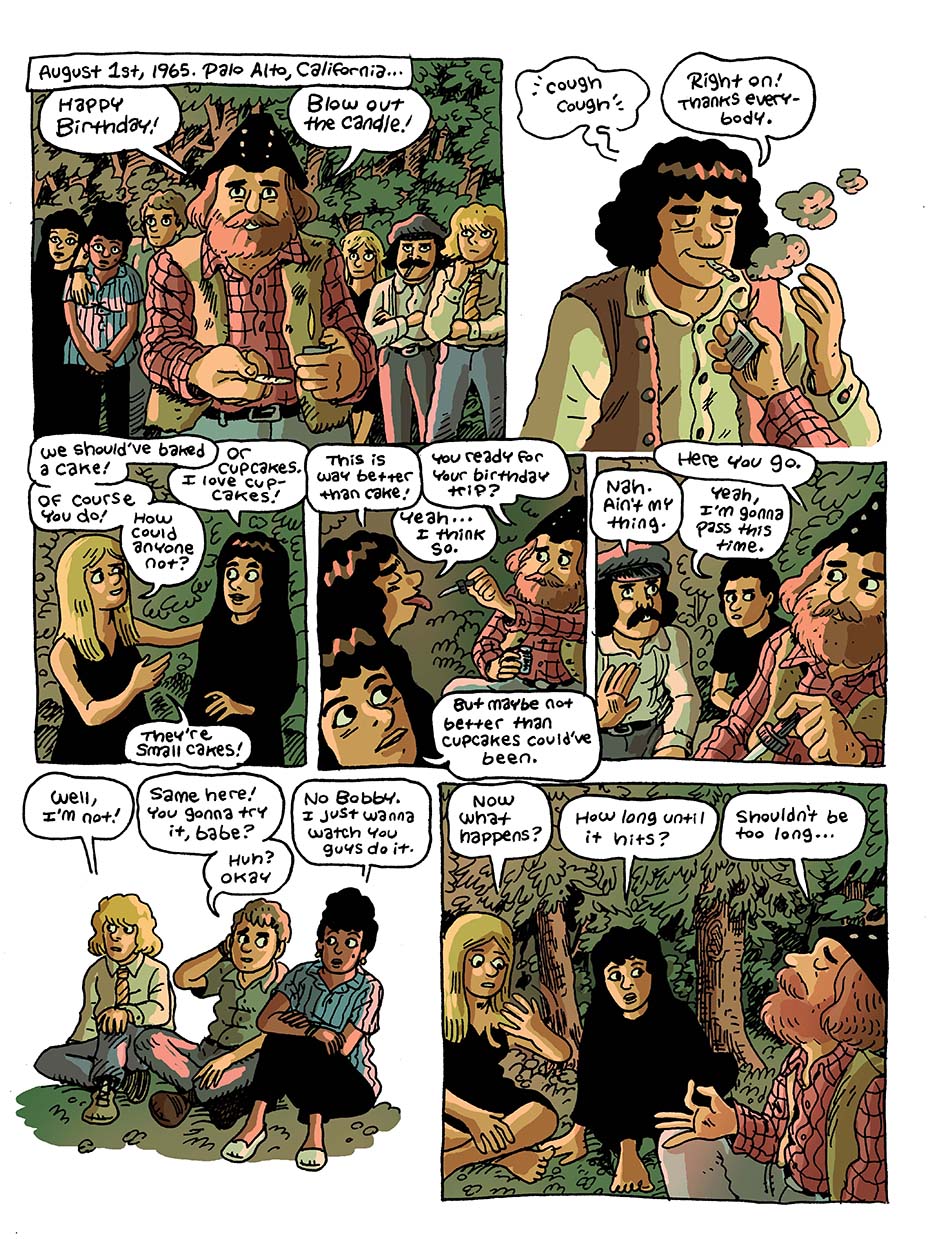 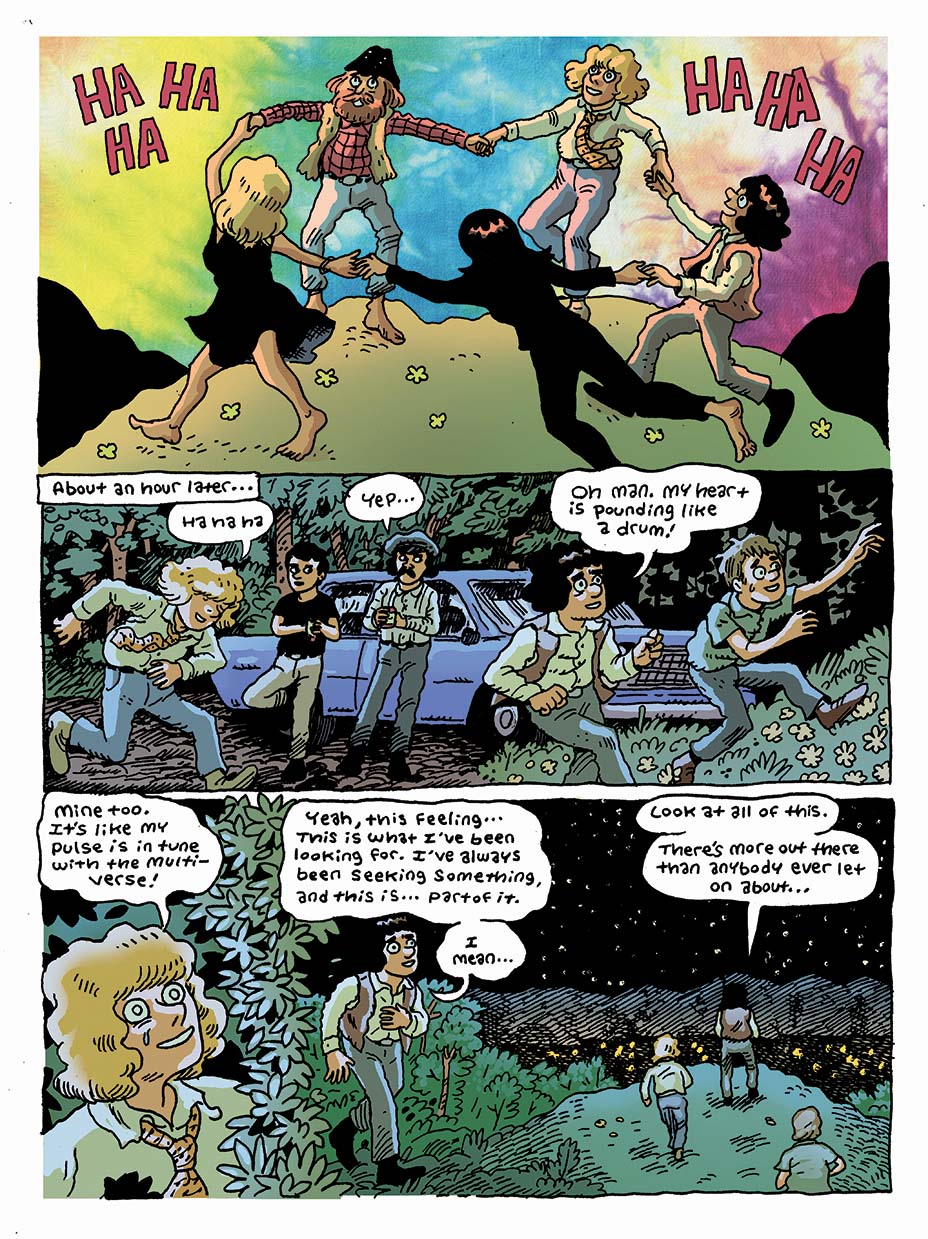