For Greg Berlanti, directing 2018’s Love, Simon fulfilled a career goal 18 years in the making. Since writing and directing his feature debut, 2000’s romantic comedy The Broken Hearts Club, the prolific producer had wanted to see a movie with a gay lead in wide release. While the earlier star-studded pic featuring John Mahoney, Billy Porter, Timothy Olyphant, Zach Braff and Dean Cain grossed $2 million (on a $1 million budget), it never made it into more than 100 theaters. Now Berlanti reflects on how the Nick Robinson-led coming-out movie, which grossed $66.3 million (on a budget of $17 million) was able to open wide and achieve what was seemingly impossible just two decades ago.

I always loved Diner and wanted to write about the friendships that had been so pivotal in that moment in my life and write the movie that I wanted to see. The script for Broken Hearts Club made its way around town when it was called 8x10s because of the line in it about how everyone in the L.A. gay subculture at that time was a 10 looking for an 11.

It landed in the hands of Mickey Liddell, who was the first person to tell me I should direct it and who pushed me to do it. We cast it over a couple of months and shot the movie in 13 days. It was a wild ride. Clint Culpepper, who was running Sony’s Screen Gems at the time, greenlit it and gave us the money to go make it.

One of the essential moments in getting it put together was getting John Mahoney. I wrote the part with him in mind. I wrote him a note with the script, and he asked for a couple of changes and signed on. Tim Olyphant was exploding at the time, and he chose to forgo some other possibilities to make the movie. The cast built itself out from there, but we definitely had guys who turned us down — most of them straight who just didn’t want to play gay at the time. That was a sad period in our history where a lot of people thought it would hurt their careers. Dean Cain [who fought with his agents for the part] connected with the character and really wanted to do it; he brought a lot of awareness to the movie. 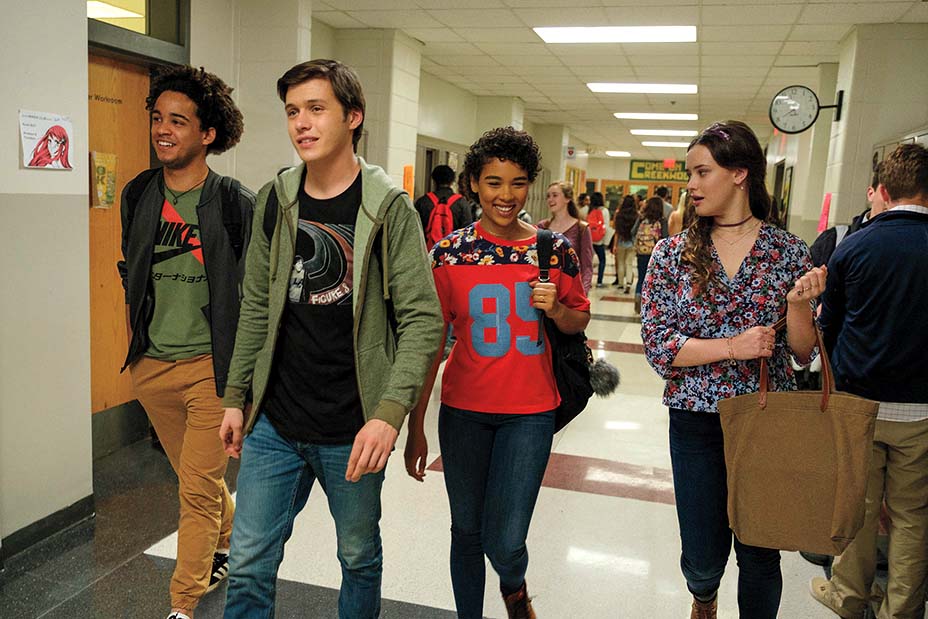 We had a cut in a month and a half. There was a real burgeoning gay, independent film scene at the time, but our hope was to go as wide as possible and get it on as many screens as we could to see what would happen if you had a film with all-gay characters as the leads in the mainstream marketplace. Would it open?

We went to Sundance, and Sony Pictures Classics loved the movie and thought it should be in its division. As wonderful as the experience was, one of the things that didn’t work out quite the way I wanted it to was that we never really opened on that many screens. I don’t think we ever got to more than 100. I went to 30 or 40 different independent cinemas around the country and got the movie out there, but it never quite broke through.

Cut to almost 20 years later, and the script for Love, Simon [from writers Isaac Aptaker and Elizabeth Berger] came across my desk. There still hadn’t been a major motion picture by a major studio with a gay lead at the center that had been released on 1,500 to 2,000 screens. One of my hopes with Love, Simon was to get a film that was mainstream and gave every LGBT kid across America an opportunity to go to theaters and see a character that was like them. I saw it as a chance to satisfy that yearning that I had as an audience member myself years before and didn’t get to with Broken Hearts.

When Love, Simon was released [on 2,400 screens its opening weekend], I realized how many movie houses had played something like the 50 Shades of Grey sequel the week before but wouldn’t show Love, Simon. I didn’t think a teen romantic comedy was that salacious, but it was revealing to see how it was still hard to get our film into all the theaters we wanted to. It had been 20 years, and there had been all this progress, particularly in TV, but not in the mainstream film space.

With Love, Simon, everybody embraced what the movie was when it came to marketing it. Part of that was a desire to have characters that represent all of us in movies that play in multiplexes and that we don’t have to hide what the movie is in the marketing process. Ron Howard has this great directing MasterClass and says that every movie will break your heart. For me, on Broken Hearts, it was around the release of the movie. I had always wanted it to connect in its original form. No one ever nailed how to sell it. With Love, Simon, I got to have the satisfying film ending that I always wanted Broken Hearts to have.