In the early 1980s, four French brothers had the idea to launch a denim collection in California called Guess.

Thirty-five years later, one of those brothers, Paul Marciano, celebrated the success of the label he co-founded with the launch of a retrospective at the Fashion Institute of Design and Merchandising’s Museum in downtown Los Angeles that showcases the brand’s iconic stone-wash technique and the history of their super-slim fit as well as the brand’s iconic advertising campaigns starring the likes of Claudia Schiffer, Anna Nicole Smith and, more recently, Gigi Hadid and Hailey Baldwin. The exhibit is open now through July 8.

At Monday evening’s grand opening, Marciano spoke to a room of reporters, fans of the brand and past and present FIDM students, detailing the origin story of the California company and what the exhibit means to him personally.

The company has, like many of its competitors who peaked financially in the early 2000s, wavered a bit in the past few years. However, Guess in May reported better-than-expected first-quarter results, which caused shares to jump 15 percent. In recent months, the brand has tapped Joe Jonas, A$AP Rocky and Camila Cabelo as new brand ambassadors and collaborators, each of whom is adding a new cool-factor to the storied L.A. label. 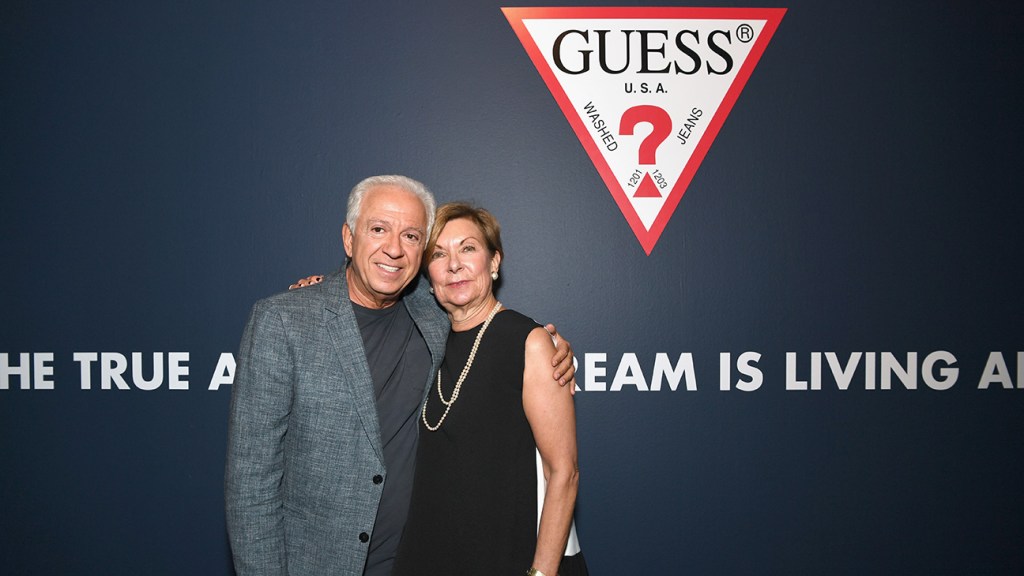 Speaking with The Hollywood Reporter, Marciano relates the brand’s origin story (including the meaning of “Guess” and those numbers on its logo), plus the 64-year-old recounts his favorite Guess campaigns and what it was like to watch the eldest Hadid evolve from child beauty to international supermodel.

On the meaning of the numbers on their triangular logo:

On how the name “Guess” was born:

The name came simply by driving from Beverly Hills to downtown in one car on Olympic Boulevard everyday — every morning and then in the afternoon. One day, my brother — one of them — said, “I found the name, this is going to be the name: Guess.”

What is Guess? That means nothing in French. We said, “Why’d you pick that name?” And he said, “Oh, I will tell you tomorrow.” Long story short, the morning after that we drive. We stop in Koreatown and there’s a huge billboard and it says really big, “Guess.” On the bottom of that billboard, small, it says, “What is in a new Big Mac?” And there’s a picture of a gigantic hamburger. That’s a true story.

In 35 years, you’ve had so many iconic campaigns. Any favorites?

The one that was the most fun was in Seville, Spain. We shot the whole campaign in a bullfight with bullfighters. That was 1987. I put these pictures in all the magazines, and there was zero product of Guess. Nothing! Just bullfighters. It was incredible.

Who was your favorite supermodel to work with?

Ever? That would be Claudia Schiffer. But Kate Upton was also incredible for me, and Gigi [Hadid], of course, because I started Gigi when she was 2 years old. She’s done 12 campaigns with me.

I was there when she was born because her mom [Yolanda Foster] is a very close friend of mine. From Day One I said, “She’s going to be a star.” She came out with big lips, little tiny nose and big blue eyes. I said, “My God, this girl!” At just one day old! 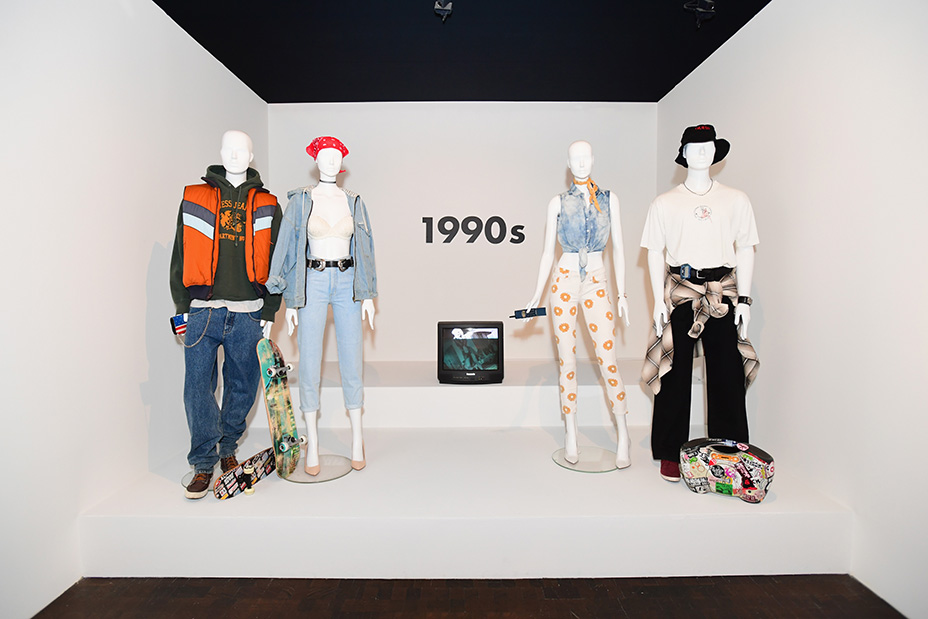