Gucci creative director Alessandro Michele and filmmaker Gus Van Sant have been trying to collaborate for some time. Last year, it looked like a mystery project might come together but then, for unknown reasons, it fell apart like many Hollywood endeavors.

As Van Sant recounted Friday during a Zoom press conference from Rome, he received a call from Michele about an ambitious if not unprecedented idea for what they could do together. But it needed to happen immediately. “It reminded me of a few films I had done before in a very short period of time,” explained the acclaimed Oscar-nominated filmmaker who has dozens of credits including To Die For, Good Will Hunting, Milk, Elephant and My Own Private Idaho. “It was kind of intense and crazy. We just went ahead and did it and now it exists.”

The world will get to see it next week when Gucci kicks off GucciFest, Nov. 16-22, a digital fashion and film festival that Michele conceived as a way to showcase his latest collection via a seven-episode miniseries. Though fashion and film have maintained a long and mutually beneficial love affair, the project — titled Ouverture of Something That Never Ended — is said to be the first time a narrative episodic series has been presented from a major filmmaker and a top luxury house.

Ouverture of Something That Never Ended stars androgynous multihyphenate Silvia Calderoni as she meanders through a “surreal daily routine” in Rome, encountering Gucci-clad famous faces and friends of the brand during stops at a vintage shop, post office, theatre, café and around the neighborhood. (“No churches,” Van Sant quipped.)

Some are models, some are megastars like Billie Eilish, Harry Styles and Florence Welch. It also stars Paul B. Preciado, Achille Bonito Oliva, Darius Khonsary, Lu Han, Jeremy O. Harris, Ariana Papademetropoulos, Arlo Parks, Sasha Waltz and many others. The episodes will be released daily during GucciFest as an exclusive broadcast on YouTube Fashion, Weibo, Gucci YouTube and a dedicated site GucciFest.com.

When Michele reached out, Van Sant said he jumped at the chance after having spent the past nine months working on a screenplay. The COVID-19 pandemic, while tough, hadn’t been too heavy a burden, a sentiment shared by many writers. “It was business as usual for me,” he said during the press conference, which featured dozens of journalists and comments from Michele but exclusively in Italian. “Being sequestered, being quarantined is similar to the way I live anyway. I’m usually by myself.”

But Michele, like the rest of the fashion community, was figuring out how to navigate a new reality. The COVID-19 pandemic dramatically reduced luxury sales while also putting a halt to large events across the globe, effectively canceling the glamorous and demanding way of presenting collections. In May, he teased plans to Vogue about how he planned to reinvent the house’s strategy, in terms of the number of collections and how the designs would be unveiled. “We will update it, but we will have to restore what we had in the past, and maybe show you a more inventive product. To do that, we need more time,” he said, presumably teasing the thinking behind Ouverture.

The shoot required he relocate temporarily to Rome, a trip that proved to be nostalgic for the 68-year-old. He visited the area 30 years ago this month for his film My Own Private Idaho, starring Keanu Reeves and River Phoenix. Prior to that, he went in 1975 for six weeks on a tour guided by journalist Gideon Bachmann, who took a group of directors to sets of filmmakers Pier Paolo Pasolini and Federico Fellini. “It’s like an alternate universe,” Van Sant said of his time in the city. “The people seem very similar to people I know in L.A. The weather is a lot like Los Angeles where I’m living now.”

Van Sant and Michele are listed as co-directors on Ouverture, but the styling was all Michele, Van Sant noted. He added that the merging of Michele’s collection with the set design created a cohesive unity that was “beautiful.”

For the models and actors, the project gave them space to flex their creativity as well. “The models…are actually speaking and moving, reacting and acting more than they can on the runway,” said the director, who previously flirted with the fashion world by adapting Michael Chabon’s GQ article “My Son, the Prince of Fashion” that at one point was to star Jacob Tremblay. “They are very talented and versatile, and we threw them into situations they weren’t necessarily used to which is something I’ve done a lot in the past. The humanity of the players was incredible, unexpected and not planned. It just sort of happened.” Quickly, like Ouverture. 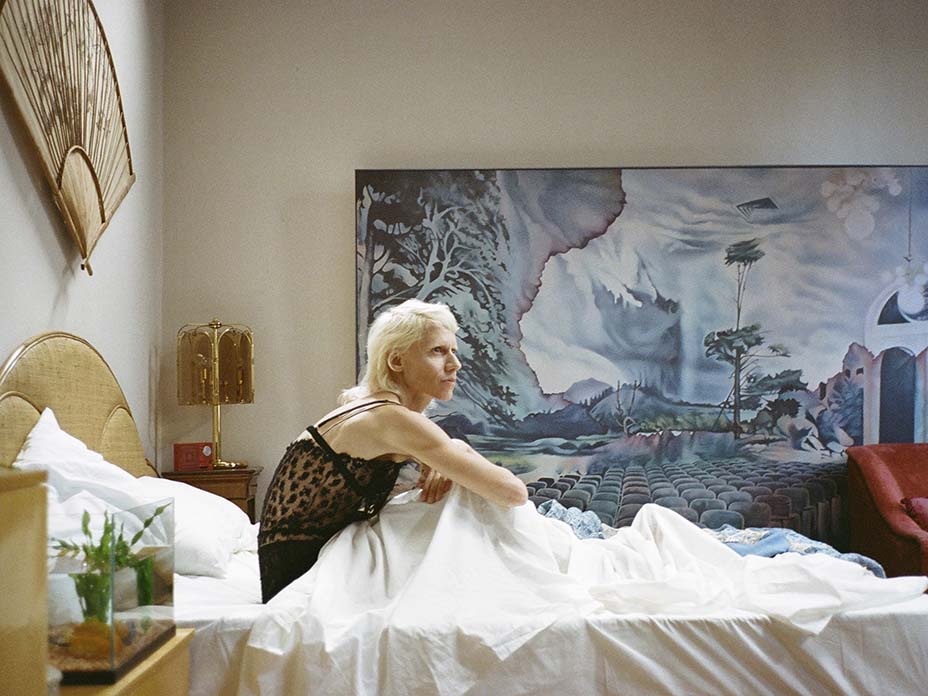 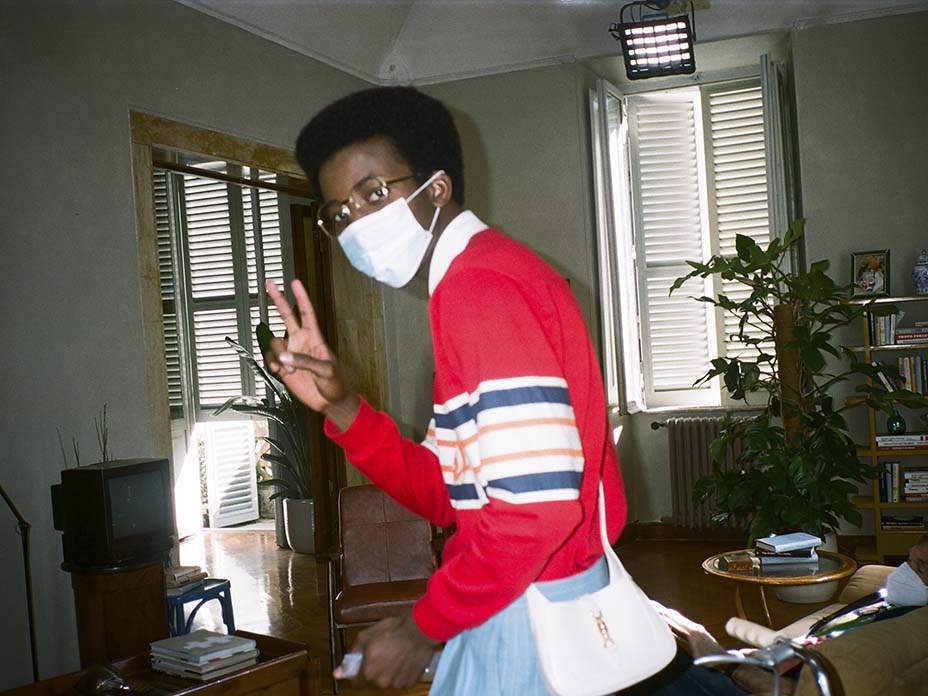 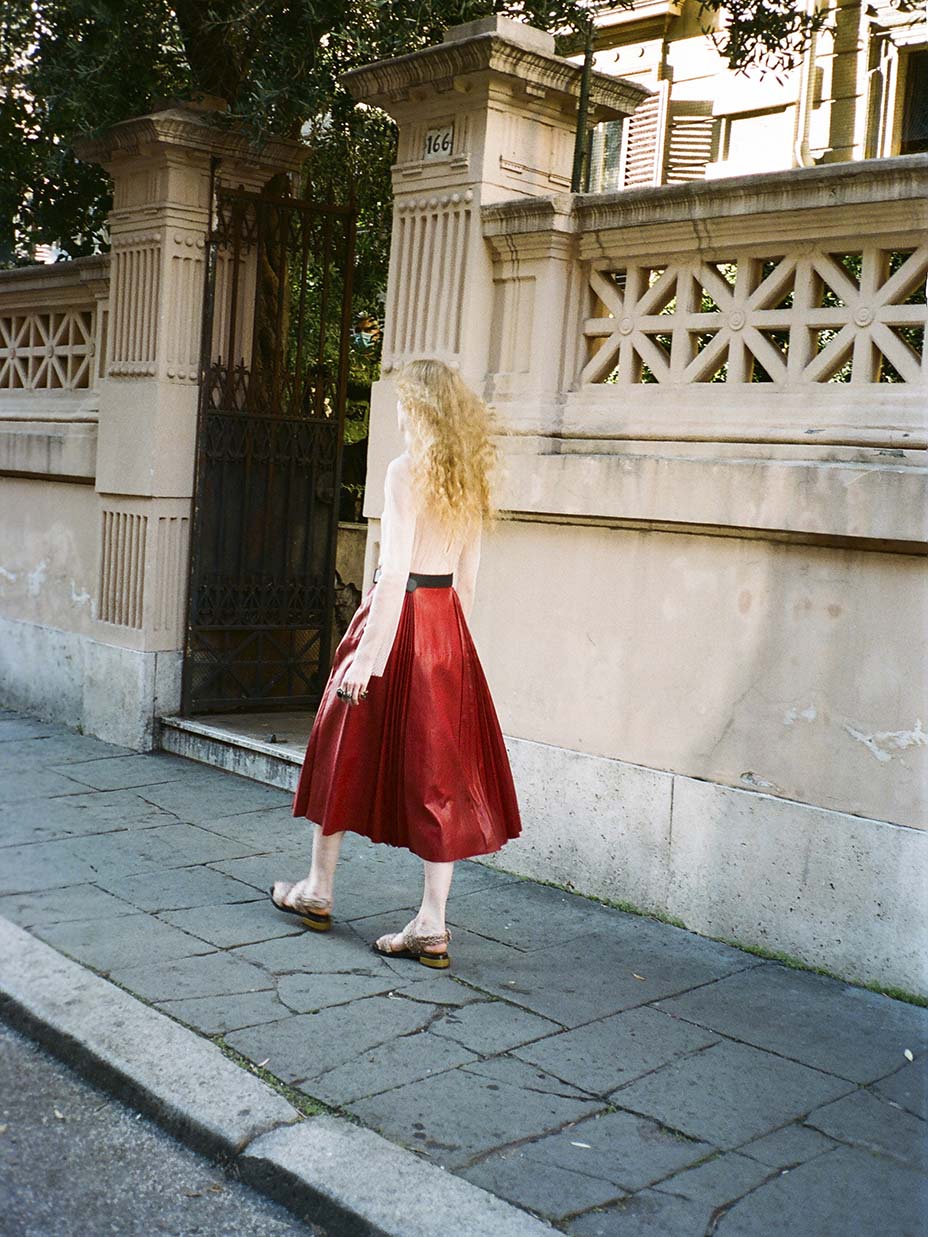