Gwyneth Paltrow played patient zero in Contagion, Steven Soderbergh’s 2011 viral thriller that, in some ways, foreshadowed aspects of life during the COVID-19 pandemic. But here’s a storyline nobody saw coming: Paltrow revealed in a Goop blog post that she battled coronavirus “early on” and it left her with “some long-tail fatigue and brain fog.”

Though there were rumblings that Paltrow held off on confirming her illness due to Contagion comparisons, she tells The Hollywood Reporter that’s not true. “I got it so early that there weren’t COVID tests available,” she told THR of the illness, which she previously said she likely contracted on a trip to Paris. “We couldn’t even get tested for a long time, and by the time we were able to get antibody tests and all of that, there were much graver, more important things going on in the world. I didn’t really feel the need to bring it up, but it was interesting.”

When she posted the news on Goop, it came accompanied by a list of products that Paltrow promoted as key to feeling better including a mostly keto and plant-based “but flexible” diet and no sugar or alcohol along with infrared sauna treatments. She praised functional medicine practitioner Dr. Will Cole and his book Intuitive Fasting, Madge’s vegan daikon kimchi, Seedlip’s nonalcoholic cocktail line and vitamin D3 supplements. “At goop, we always love to talk about the capacity for the body to heal itself when you give it the right conditions to do that,” wrote Paltrow. 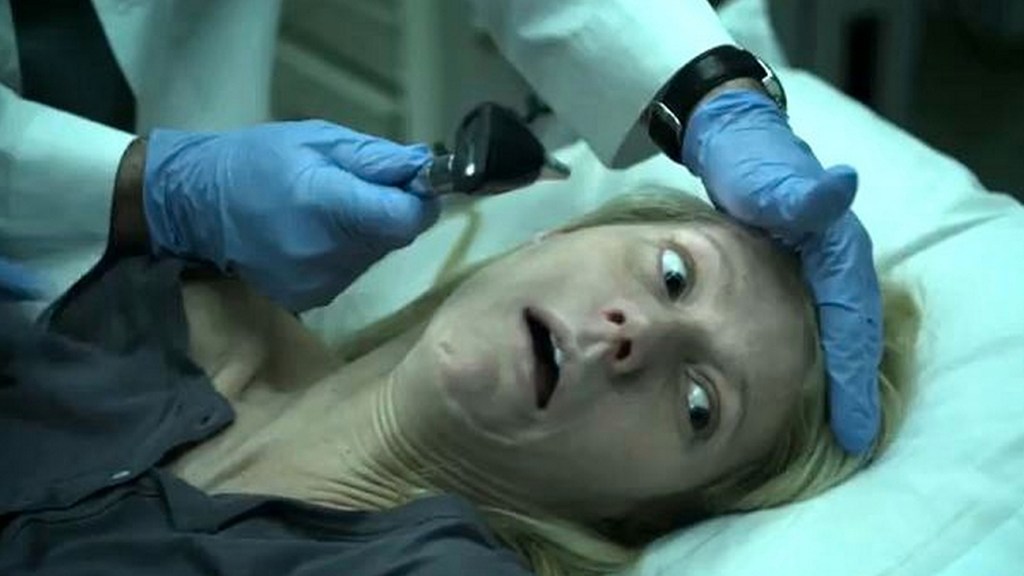 But her recommendations caught the eye Stephen Powis, national medical director of England’s National Health Service, who says her wellness pitches are “really not the solutions we’d recommend.” He added: “We need to take long COVID seriously and apply serious science. All influencers who use social media have a duty of responsibility and a duty of care around that.”

Asked whether criticisms like Powis’ reach Paltrow, she said, “Sometimes, but it’s usually that I always find it’s for their own amplification. We really are not to say at goop that we have never made mistakes because of course we have in the past, but we’re very much in integrity and we’re careful about what we say. We always feel like we understand why a lot of that [criticism] becomes clickbait for people.”

As for how she’s feeling now, during an interview to support her partnership as the global face of anti-wrinkle injection line Xeomin, Paltrow said she’s feeling good and “getting there.”

“I also think that nine months in quarantine with having pasta and cake and alcohol seven days a week probably didn’t help. So, I’ve been on a really great clean eating routine and then teetotalling for a couple of months now, and that always really helps with anything that’s going on in the body.”

A version of this story first appeared in the March 10 issue of The Hollywood Reporter magazine. Click here to subscribe.