At the 8th annual edition of the Hollywood Makeup and Hair Stylist Guild Awards, a virtual event that will stream live on Saturday, April 3, two lifetime honorees are also vying for competitive awards: Matthew Mungle for his makeup on Hillbilly Elegy, which also earned him his fifth Oscar nomination; and Terry Baliel, for his hair styling on Mulan. Clearly the two veterans are not looking in the rearview mirror at their careers, but continue to work at the top of their game.

The Hollywood Reporter spoke to Mungle and Baliel, as well as the Guild’s other honorary recipients: Bernadine Anderson, known for her makeup work with Jane Fonda and Eddie Murphy on projects such as Fun with Dick and Jane and Coming to America, and Richard Battle, the 30-year head of the makeup and hair department for the San Francisco Ballet. The two are being presented the Guild’s inaugural Vanguard Award, which celebrates groundbreaking accomplishments by esteemed, albeit lesser-known artists in the hair and makeup realm.

Growing up on a farm in Atoka, OK, makeup artistry wasn’t the obvious career path for Oscar award winning artist Matthew Mungle (Bram Stoker’s Dracula, 1992), but once he found his passion he never looked back.

“At about 11-years-old I saw 7 Faces of Dr. Lao,” Mungle recalls, “and I was just amazed at how William Tuttle did all of the characters on Tony Randall’s face. And then in 1968, Planet of the Apes came out and that was it for me.”

Mungle began his career in local theater after graduating high school, then moved to Los Angeles at 21 to train as a makeup artist. His big break came just after joining the union (IATSE local 706), when fellow makeup artist Ve Neill (Pirates of the Caribbean, The Hunger Games) hired Mungle on Edward Scissorhands. After 40 years in the industry, Mungle’s career highlights include Schindler’s List as well as his makeup and prosthetic work on Albert Nobbs, on which he first worked with Hillbilly Elegy actress Glenn Close. 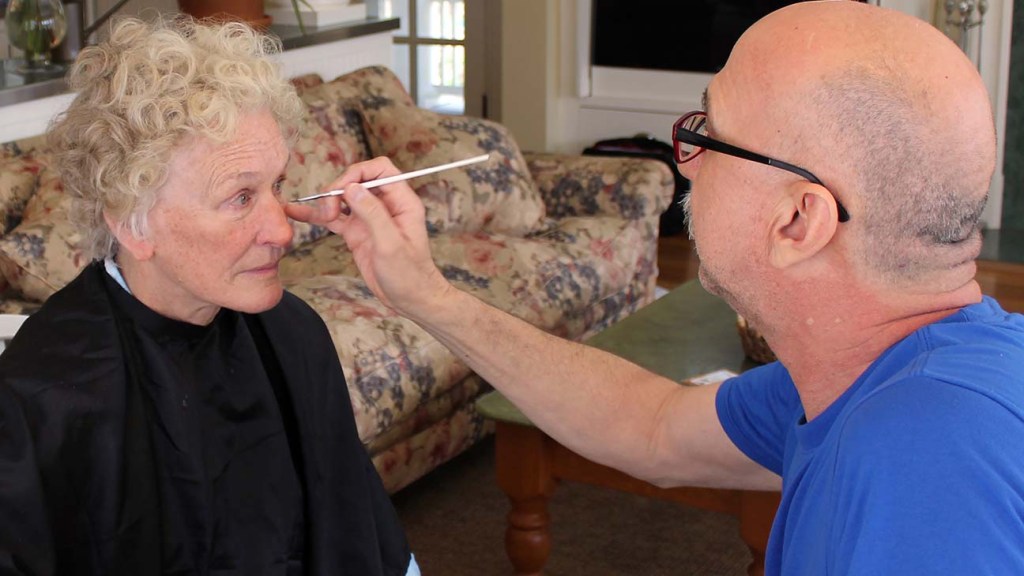 “Glenn is one of those actresses who gets into character and really becomes that character.,” Mungle says of Close. “When she called me [for Hillbilly Elegy] we started talking over the phone and I said, ‘Why don’t we try a little bit bigger nose, and larger ears,’ and she said, ‘Oh, that’s brilliant.’ So, we did the test and [director] Ron Howard was there and he looked at her and said ‘you’re Mamaw.’”

“I always wanted to do hair, even as a kid,” muses hair stylist Terry Baliel. “I remember making Christmas decorations and we made these angels by folding down the corners of a reader’s digest for the body and a Styrofoam ball for the head, and I took yarn and had a great time winding it around into all these different hair do’s.”

Baliel entered beauty school while still in high school in Rio Vista, CA, eager to join a salon as soon as possible. He quickly opened his own before venturing to the Bay Area to attend a training program at the San Francisco Opera House, launching Baliel’s career in theater.

“A friend of mine told me ‘there’s a film coming to town, Tucker, and its period, and you’d be so good for it because you’re used to doing period hair at the Opera,’” says Baliel of his break into Hollywood. Then, in 1999, Gail Rowell-Ryan (Taken, Must Love Dogs) hired him on The Grinch Who Stole Christmas. “I worked at Rick Baker’s studio because I wasn’t in the union yet and the way they got around that was to have me work at his studio and build the wigs and dress them.” When the union found out, Rowell-Ryan pushed them to bring Baliel into the guild.

Among many other films, Baliel’s hair and wig work can be seen in The Last Samurai, Mulan, Alice in Wonderland and Star Trek. 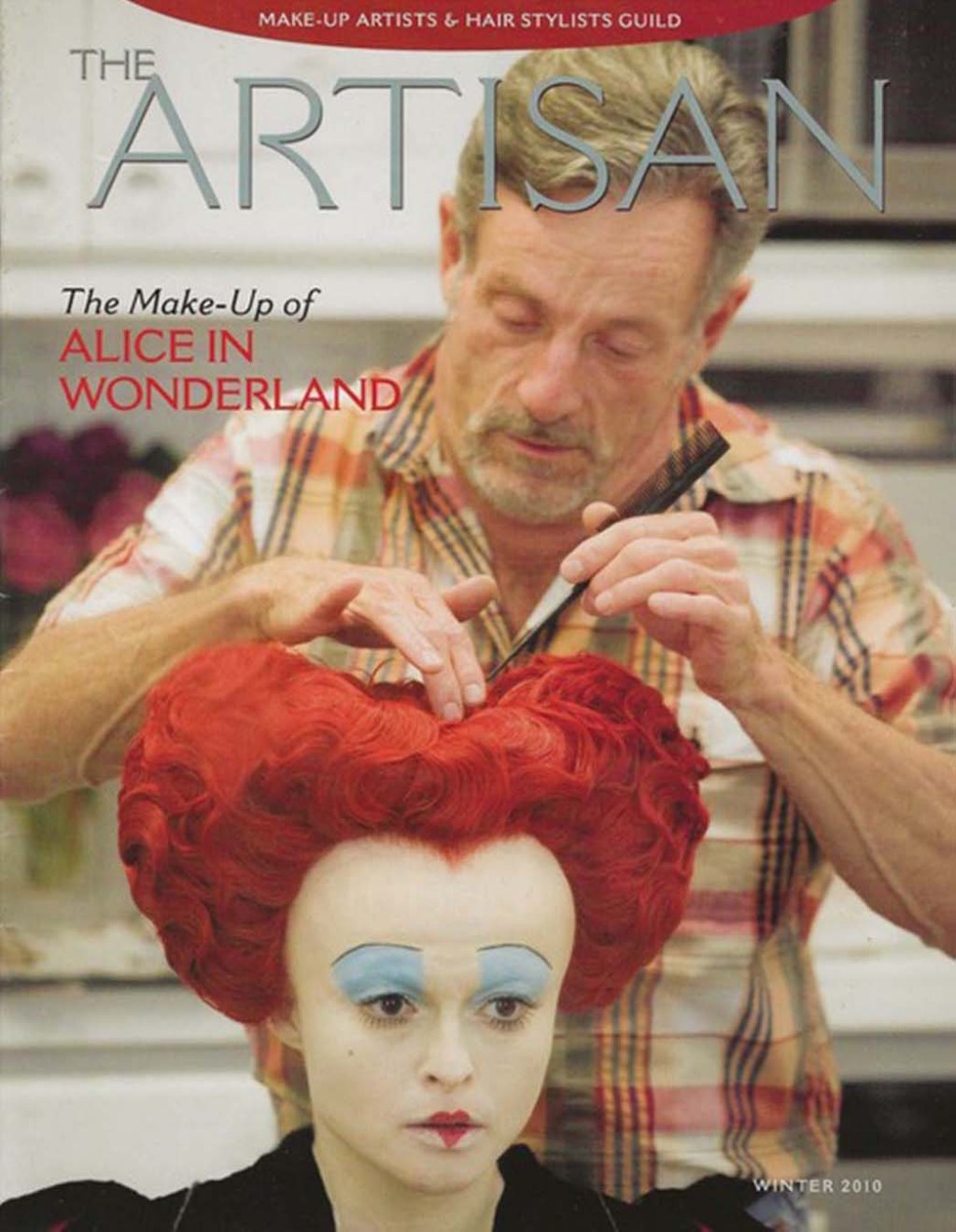 Of his Emmy-winning work on Hairspray Live!, Baliel recalls that “it was like doing a stage production, but you were filming it, so you couldn’t go back and reshoot any of it. You had to make sure you knew damn well you had everything you needed because there was no going back for anything. With a stage production, once the curtain goes up, there’s nothing you can do about it. So, it was kind of like that, but on crack.”

On being honored for lifetime achievement, Baliel says his first thought was “oh my god, do they think that I’m through and my career is over? But I realize now how important this award is to me because it was voted on by all my peers, so it means a lot that they’re choosing me for the entire body of my career.”

Anderson’s Fun with Eddie and Jane

“I got into the industry with a lot of hard work,” recalls makeup artist Bernadine Anderson about her formative years in the ’70s. “It wasn’t an industry that had a lot of Black women, primarily no women, and I got through the door knocking on doors and trying to hook up with people that you know in the industry. It took me four years before I got an apprenticeship.”

After growing up in New York City, Anderson, who originally aspired to be a costume designer,  put herself through college working for an undertaker doing makeup on corpses. Anderson then completed a three-year apprenticeship with Warner Bros., during which she worked on Planet of the Apes.

“We would be on [set] for 12 to 15 hours because these were not just suits, this was literal makeup from beginning to end,” she says of her work on the groundbreaking 1968 movie that would become a long-running franchise. “The actors couldn’t even eat, they had to drink through straws. I was amazed.”

Anderson went on to work closely with Eddie Murphy on films like Coming to America and 48 Hours in the ’80s.

“He was a lot younger than I was, so I was more the older sister type,” Anderson says of meeting Murphy for the first time. “He was very much a gentleman, and he was most of the time on time, which you can’t say about a lot of folks.” 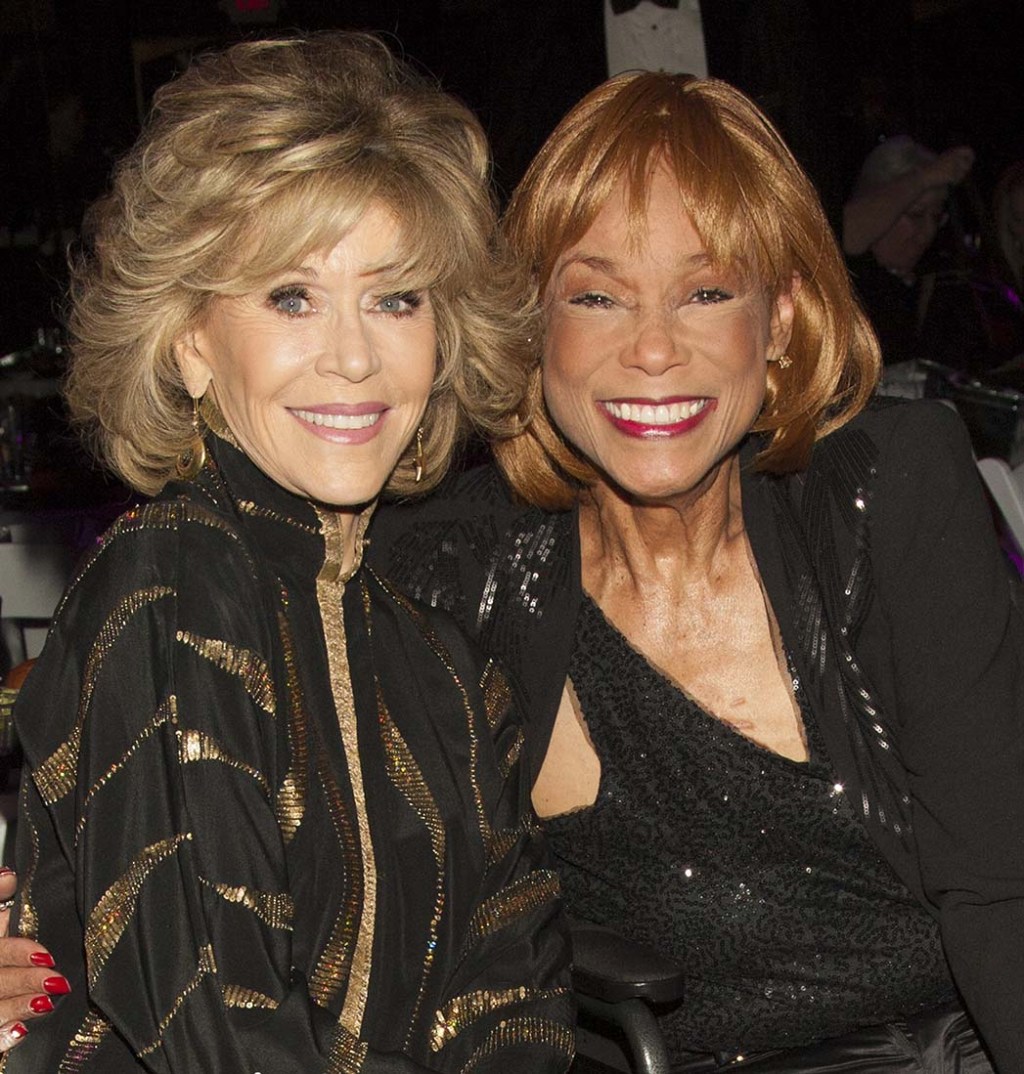 Jane Fonda was also a champion of Anderson’s work throughout her career after they met on Fun with Dick and Jane. They would end up working on numerous projects together, including Julia, The China Syndrome and 9 to 5.

“Jane is my girl,” Anderson says. “She requested a woman, preferably ethnic, makeup artist, and I was the only one! When she gave me my last award, she said ‘you never told me!’ If I had a problem or a situation, like someone not treating me properly on set, she was there for me. She’s a terrific woman.”

In the Field of Battle

Richard Battle began his artistic career in elementary school, in an art program in Detroit. He kept up with various art forms until college, when he got involved with theater for the first time. Battle was then drafted and served in Korea, designing army shows during his service.

“I had trained as an artist since elementary school,” Battle says of his work. “I knew about the face and the structure of the face and the muscles, and I knew how to deal with those things from a painting point of view. My training was how to make that work on a live person. And once you have that training, you can jump between different types of faces, knowing what to bring out of them. It’s learning how to deal with the lights and darks, highlights and lowlights.” 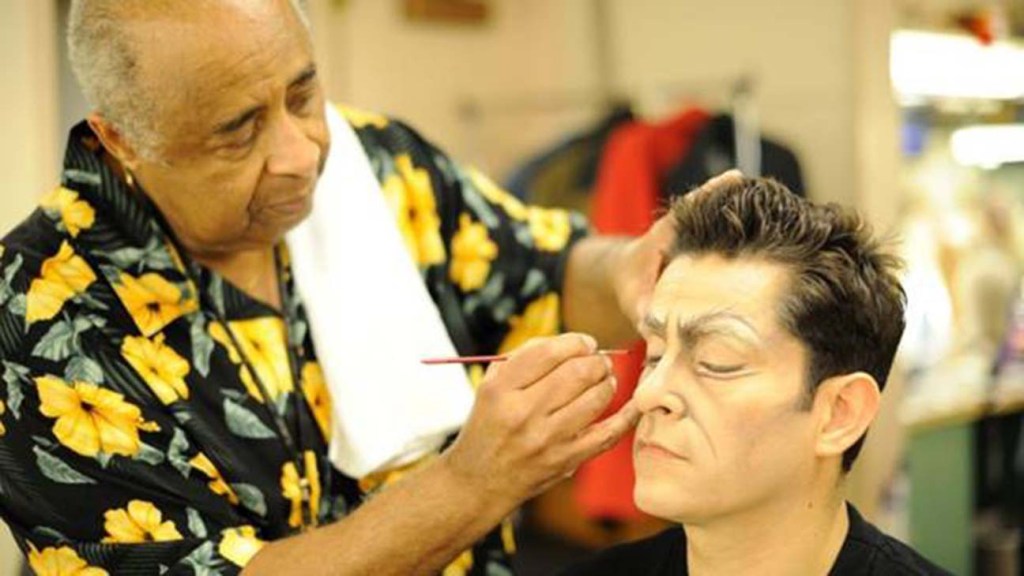 It was in graduate school in San Francisco that Battle met the head of wigs and makeup for the San Francisco Opera, which led to his first audition and eventually taking on his interviewer’s job.

“We have a setting lotion that we use on ballet dances once they have on their makeup,” Battle says of the difficulty of doing makeup for athletes. “It sounds terrible but it seals the makeup to the skin and keeps it from moving. We do have some people who perspire immensely, especially on the male side, and for them we use a different type of makeup base. Sometimes you get people you can’t touch because water just starts running, so that’s when you have to pull out all the techniques you learn as you progress in the business.”

Battle considers productions of A Midsummer Night’s Dream and Romeo and Juliet as his career highlights. After 30 years with the San Francisco Ballet company, Battle retired in 2019. “Once you get into something that you find to be rewarding,” Battle says, “at least for me, I stayed with it.”

To newcomers in the hair and makeup industry, Battle says “know your business. You’ve got to go to school and train, and once you have that training, you can use it for anything.”