Look up Broadway musical theater in the dictionary and you might as well see Harold Prince’s picture. The storied career of the director-producer, affectionately known as Hal in the business, dates back to the middle of the last century. To call him a theater legend is an understatement. Among the shows he’s produced, directed or both are such classics as Damn Yankees, West Side Story, Fiddler on the Roof, Cabaret, On the Twentieth Century, Evita, The Phantom of the Opera and Kiss of the Spider Woman.

And that impressive list doesn’t even touch on his collaborations with Stephen Sondheim, a creative partnership that redefined the American musical. Their credits together include landmark productions of Company, Follies, A Little Night Music, Pacific Overtures and Sweeney Todd. Not to forget Merrily We Roll Along, a notorious Broadway flop that has since gone on to be considered a modern classic.

Prince has won 21 Tony Awards, more than any other person in history. He also has a new memoir out this month through Applause Books, Sense of Occasion, in which he looks back at his lengthy career and the luminaries with whom he’s worked.

After a 10-year hiatus from directing, he’s now back with a career-spanning biographical musical retrospective, Prince of Broadway. Co-directed and choreographed by Susan Stroman (The Producers), the production includes numbers from 17 Prince shows, performed by an ensemble made up of Broadway veterans Chuck Cooper, Janet Dacal, Bryonha Marie Parham, Emily Skinner, Brandon Uranowitz, Kaley Ann Voorhees, Michael Xavier, Tony Yazbeck and Karen Ziemba. The show features a book by David Thompson (The Scottsboro Boys) as well as a new song and musical arrangements by Jason Robert Brown, with whom Prince collaborated on the 1998 musical Parade.

Prince recently chatted with The Hollywood Reporter about the new show and the decades-long career that inspired it. 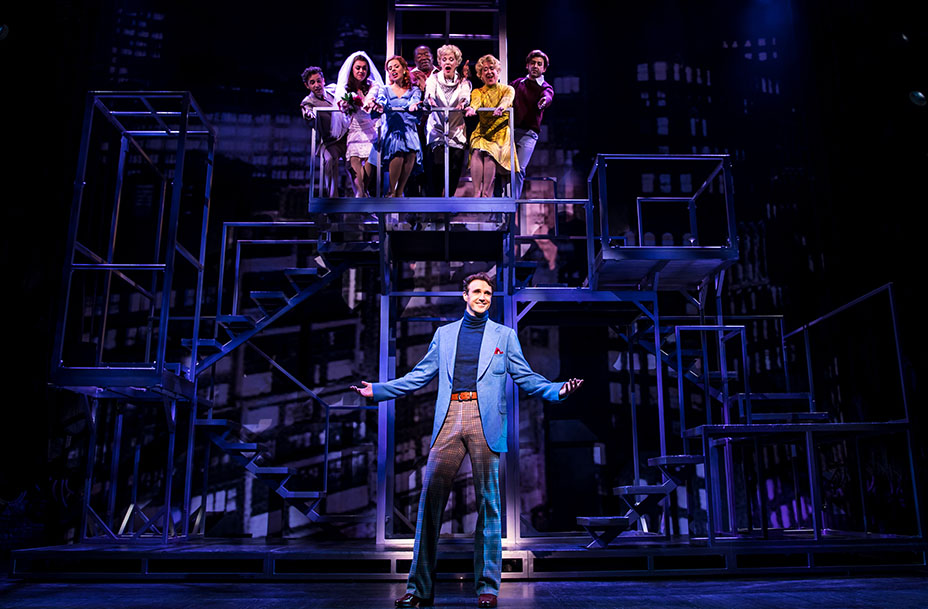 Did you conceive the show originally?

No, I really didn’t. It was proposed by a Canadian producer, and I thought, well, it’s sort of interesting. Then he decided it was too expensive and he dropped it. Other people picked it up, and what’s good is that it’s been a long time and it’s improved with each iteration. And now I have the show I want. That’s always sort of a magical discovery. This is the show that expresses a larger point, or a bunch of larger points. One is that clearly you need luck in life. And you also need a lot of drive and taste and ambition. The show examines all of it. It’s been rather a long career. I’ve been around a long time.

You don’t seem terribly interested in taking a victory lap. How do you see the show in the context of your career?

It’s another show! I want to know what I’m going to do the day after this show opens. But this is a show I would not have felt I unlocked until about six months ago, when I realized how I wanted to open the show and close the show. And what the show really should represent. And what it represents is what we put in an empty space. To fertilize the imagination of our audience. When you come into the theater you see an empty stage and a ghost light, that’s all. And the show starts, and we keep putting things in that space and taking them out, sometimes quite ingeniously. The delivery system is different all the time. While you’re there you’re learning how we do what we do and what the cost of it is emotionally for us. I think you get a sense of what it is to have a career in the theater.

Considering how long and distinguished your career has been, this show could run for eight hours easily. How did you decide what to include and what to leave out?

It’s not a timeliness to wish for, though, is it? 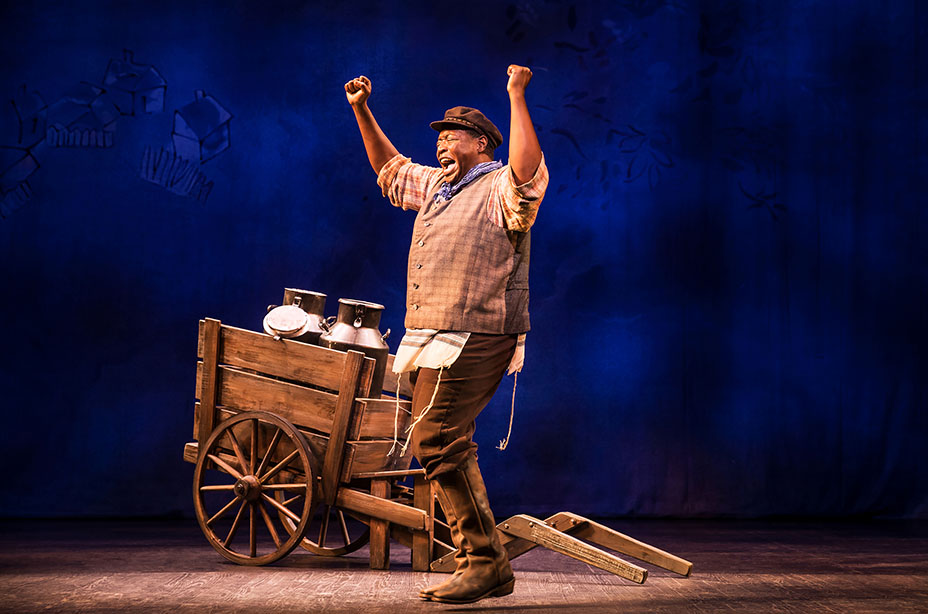 For people coming to the show who are familiar with your work, what do you think would surprise them by being included or left out?

I don’t know about the left out part. I regret there’s nothing from Fiorello!, which won the Pulitzer Prize. I guess I regret there’s nothing from some of the shows that were not box-office successes, like Grind or A Doll’s Life. But the fact is, you can’t put everything in. We have segments from 17 musicals and in most cases you get from those segments a sense of the beginning, the middle and the end of the musical. So you really know what that musical was about.

You’re co-directing with Susan Stroman. How does that work? How do you divvy up the responsibilities?

Well, I can’t dance. I can’t choreograph. We work very well together. We did Show Boat together very successfully some years ago. So it’s a very happy collaboration. Obviously, we do different things, and we dovetail. And we absolutely have no difficulty collaborating.

You haven’t directed a Broadway show in 10 years, since 2007’s LoveMusik. Why such a long hiatus?

I feel as if I work all the time! Who knows? Honestly, it’s about looking for material. Also, I suspect there was a time when I was 80 years old that people thought “Gee, I guess he’s kind of past his prime.” Interestingly enough, I’m nine years older now. And people have reconsidered that I’m still here and still creative. It’s much livelier in my office now than it was nine years ago.

What are you most proud of in your career and what were your biggest disappointments?

(Long pause). Oh, I was disappointed by my not being able to see how to do Merrily We Roll Along. Because I loved the material, I loved the collaboration, and my daughter was in it. So that’s a disappointment. But that was my fault. I did not know how it should look. I did not exactly know how to edit it. That’s the second answer. The first answer is, I’m just thrilled about all the rest of it, frankly. What I love is my family and the family which represents the theater. I love actors! I love all the collaborators! I love all the writers! I love doing shows! 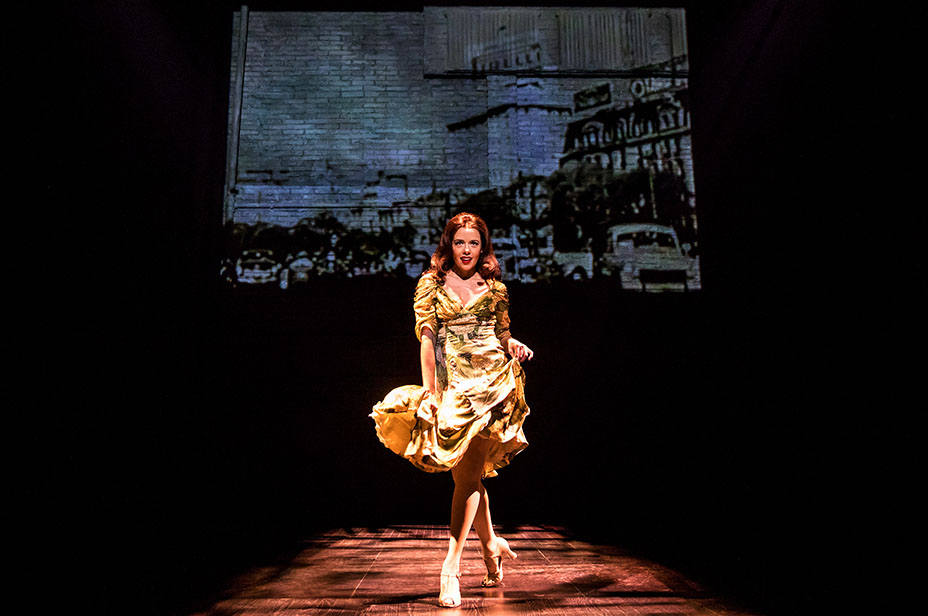 I would disagree with your assessment of your perceived failure with Merrily, because I don’t think anyone’s quite been able to make that show work, even though it’s a brilliant musical.

Well, that’s very kind of you. Steve’s score was just extraordinary. And honestly, I always thought George Furth was a great American writer. He chose to be a movie actor, but he really was a great writer who characterized people brilliantly. Thank you for what you said. I know it’s never been a huge success, although I think it had some success in London a few years ago. But I blame myself for whatever deficiencies are appropriate.

Do you keep up with all the current Broadway musicals?

I go to the theater, if that’s what you mean. Sure.

Are there shows that you watch and wish you’d had a chance to direct? Not because you could have done it better, but because the material was so exciting.

That certainly happens on occasion, no question. You look at something and wish you’d done it. But mostly I just admire a lot of the younger people working in the theater right now. And I’m encouraged. Because in the last few years the theater has taken a turn. It’s not relying on stars as much. There are new writers, new directors. But most important, new subject matter. I’ve always had great respect for the unanticipated subject. God knows Hamilton is the unanticipated subject. As is Dear Evan Hanson. As is Come from Away. All those shows are not star-driven, and they’re all on subjects that you think are unlikely. And if you look at my record in the theater, probably most of what I’ve done is unlikely. It’s been a pretty good career, and so much of it has been based on unlikely ideas.

Yes, I would imagine that 21 Tony Awards is a pretty good indication that you did something right.

(Laughs) I guess so. Awards are a different thing, of course. You win some you didn’t deserve and you lose some you should have gotten.

You mentioned that you want to know what you’ll be doing the day after the show opens.