There’s a million things Hamilton hasn’t done, including launching its own mobile app … until now.

The hit Broadway musical has debuted a new free app stacked with stickers, emojis, camera filters, music, news and exclusive content with creator Lin-Manuel Miranda and the Hamilton companies. It also allows fans to buy exclusive show merchandise and enter its $10 ticket lottery in Los Angeles (New York and Chicago lotteries will be offered on the app on Aug. 22 and 29, respectively). It is available for all iOS and Android phones.

Soon, the app will include exclusive ticket access, augmented reality, an enhanced #EduHam experience and interactive karaoke tracks. It will also feature L.A.’s first live #Ham4Ham performance, hosted by Miranda who teased the offbeat song-and-dance tradition in a video (included below).

“We are constantly exploring ways to allow more people to experience Hamilton in its many forms,” says producer Jeffrey Seller. “This mobile app is designed to do just that — provide exciting new ways for fans to interact with and gain access to the musical they love.”

“With the rollout of the HamApp, we are setting the stage, but it’s just the opening number,” adds Miranda. “There is a lot more to this app that’s on the way, and I’m very excited to share it all with our fans in the coming months. Get ready for what’s next!” 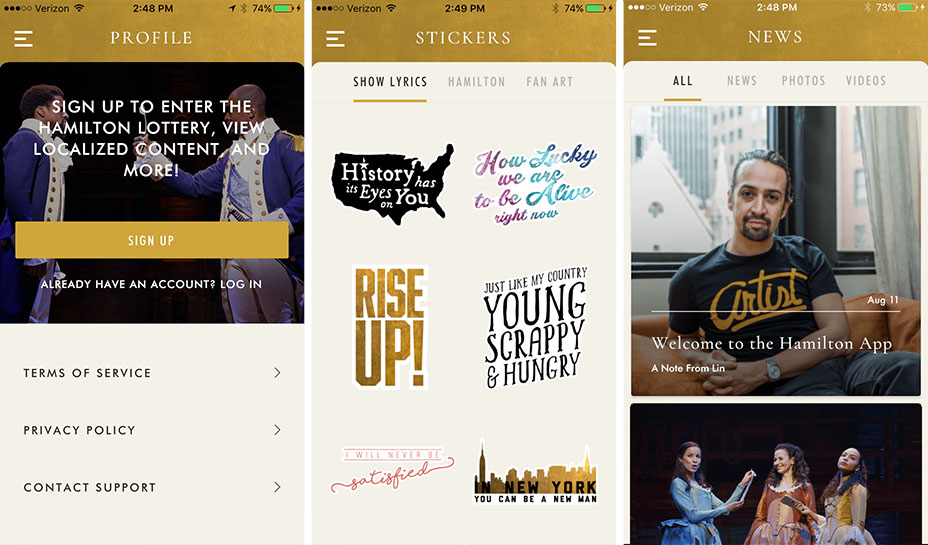 Entitled “Hamilton – The Official App,” the mobile offering’s stickers and emojis feature fan art and show lyrics, and will be continually upgraded with new offerings. The #HamCam has filters that transform fans into the show’s various characters and puts them on a ten-dollar bill. The music section lets fans download or stream the original cast recording and the Hamilton Mixtape. It also offers alerts of productions’ newly available ticket blocks and houses content written by the cast and creative team. 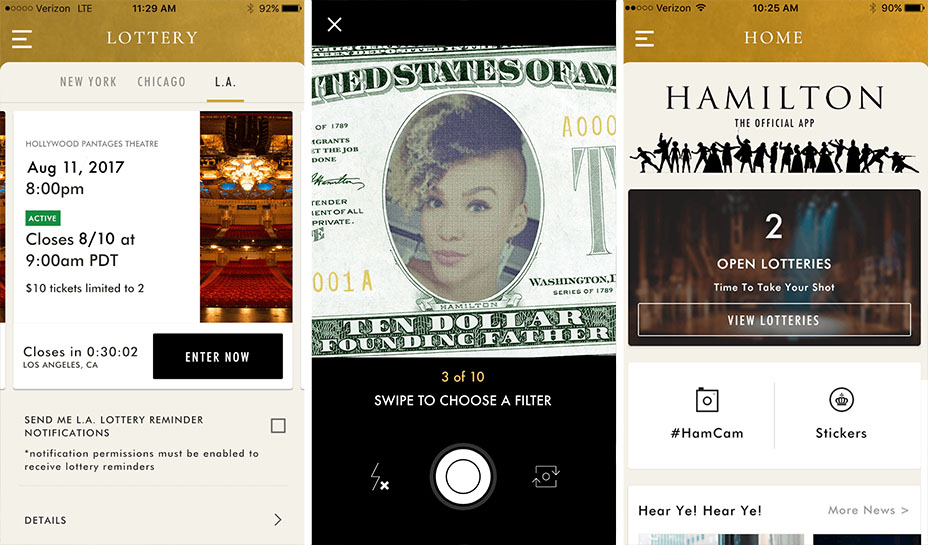