The Hammer Museum has a wide staircase that leads to the contemporary art outpost’s upper deck where, at just after 6 p.m. Sunday night, a single-file line of close to a dozen black-clad servers stood in stoic poses offering beverages of a few varieties. Red and white wine, champagne, of course, and trays stacked with sparkling water.

One smiling staffer broke formation and approached artist Glenn Ligon in a pleasant attempt to unload a glass of bubbly, but he politely declined, opting to quench his thirst by ducking into the double doors straight ahead of the staircase to drink in the Victor Hugo exhibition, “Stones to Stains: The Drawings of Victor Hugo.” Ligon, laughing, explained his party strategy like this: “How often do you get to see work by Victor Hugo? And I hadn’t gotten the chance to come here yet, so I thought, well, I can drink cocktails or I can see some art.”

How often does one get the chance to share a stage with Margaret Atwood? That would be Ligon’s fate later during the evening as part of the Hammer Museum’s 16th annual fundraiser Gala in the Garden, an event that always fetes two creatives “who have made profound contributions to society through their work.” Sunday night’s installment drew 500 art and entertainment industry insiders while raising a record setting $2.6 million even if the event itself pumped with a different heartbeat compared to previous years. The gala moved from a Saturday to Sunday night in order to accommodate the schedule of one of the honorees, and Orange County’s premier shopping destination South Coast Plaza took over as presenting sponsor, a position vacated by luxury fashion house Bottega Veneta, which always delivered a strong showing of actresses outfitted in Tomas Maier designs. 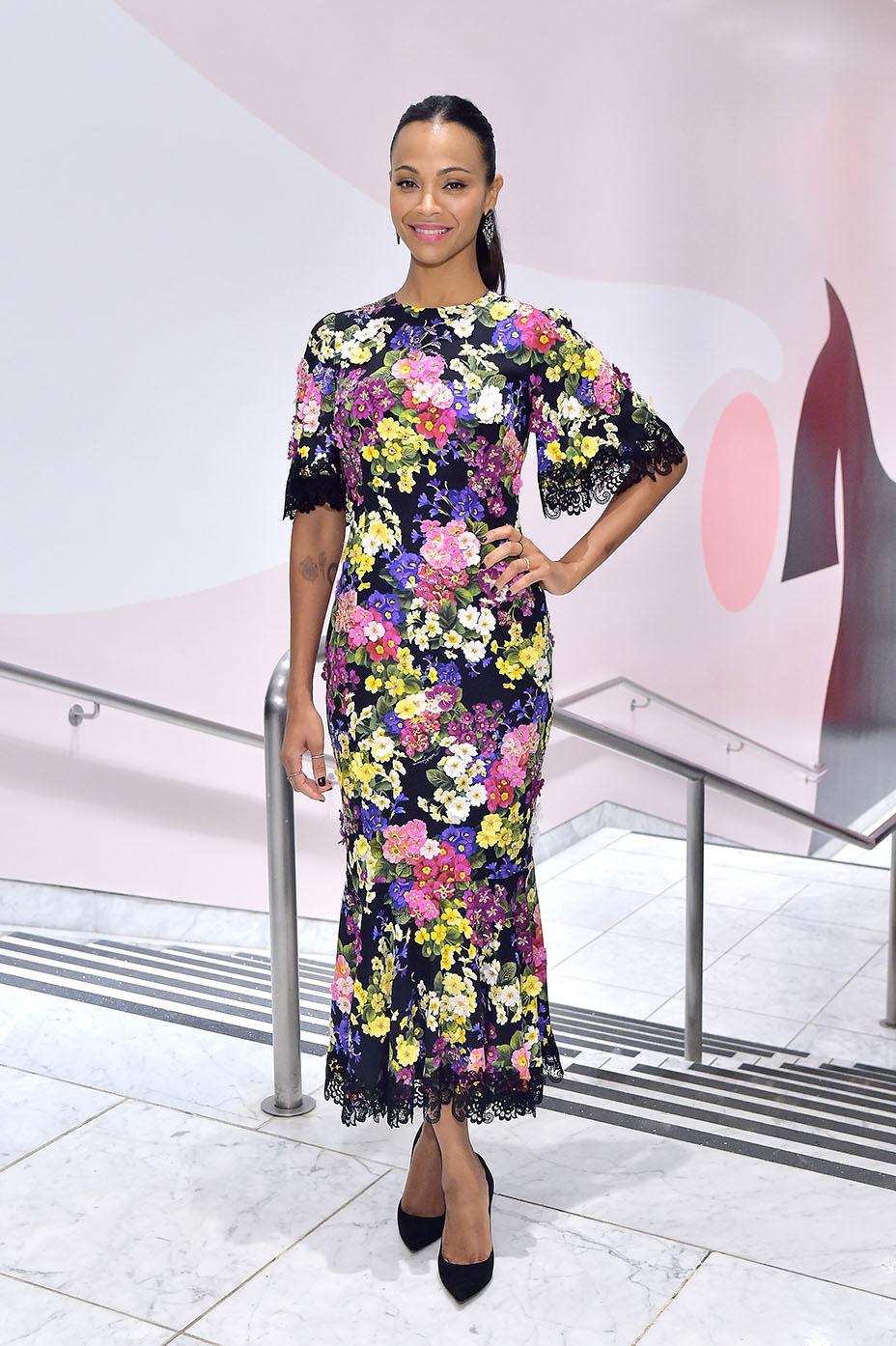 Also in attendance were Pulitzer Prize winner Michael Chabon (with wife Ayelet Waldman), and attorney, social justice activist and Equal Justice Initiative founder Bryan Stevenson, who would take the stage to honor Atwood and Ligon, respectively. “Bryan is one of my personal heroes,” said Ligon, whose artistic contributions over several decades have touched on race, identity and sexuality. With the work of Hugo over his shoulder — and the Adrian Piper exhibit drawing crowds in the museum’s exhibit space across the deck — Ligon then addressed the current cultural landscape and how he views his place in it. “We are in a very difficult moment politically and socially, but I think we’ve always been in these moments,” he explained. “The task for an artist is to think about the moment and also be forward thinking as well, towards better moments.”

Outside the double doors, Chabon looked ahead for THR toward his time onstage when would be presenting Atwood her prize. Sure, she’s been red-hot again thanks to Hulu’s adaptation of her dystopian creation The Handmaid’s Tale, but Chabon said he hoped to pay respects to all of her contributions. “It’s impressive in its own right, but I tried to step beyond that,” he said about his speech. “She’s been so accurate in her dire predictions about the world, but she’s done so much more than that.” 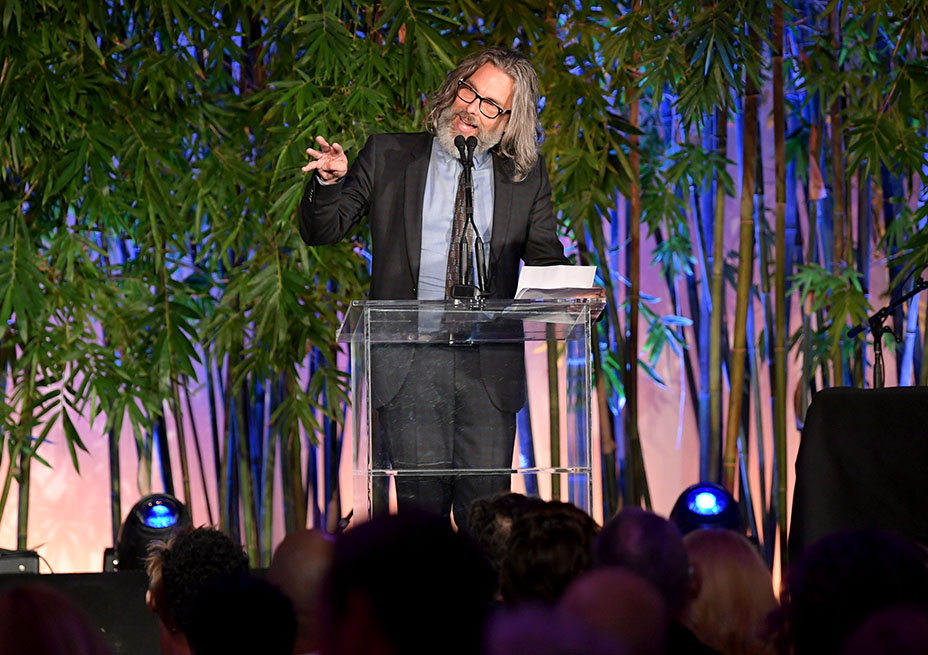 Chabon admitted that he gave a sneak peek of his remarks to his wife. “We even run email by each other and when we don’t, we’re sorry,” said Waldman. They weren’t apologizing for their adoration of the museum. “We love the Hammer.” Getting guests to open up about why they RSVP’d with a “yes” for Gala in the Garden is never hard. David LaChapelle, a second-time attendee, said he always likes to support the Hammer when he’s in town.

“It’s a great museum. It’s the perfect size,” he explained. “I grew up in New York City where you get lost in the plethora … it has become this out-of-control thing where you go see art and don’t enjoy it because it’s too crowded. It’s not enjoyable to go to exhibitions unless you get some private [showing] and that’s not fun all the time.”

Added Catherine Opie: “Between the performances and speeches and the good food and amazing community — it’s a fantastic combination. And it’s usually a great combination of political people who are speaking their minds.” [Speaking of food: The menu was once again handled by chef Suzanne Goin of Lucques.]

Freedom of expression is something that struck a chord with South Coast Plaza managing partner Elizabeth Segerstrom. “The Hammer, to me, represents a freedom in expression different views. It’s a very intellectual group here and they’ve been such a force in L.A.,” she noted of her decision to sponsor the gala. “It’s actually hard to say no to Ann.”

Darren Star also said yes to putting his name on the night’s invite as gala co-chair alongside Segerstrom and an absent Solange who canceled and could not attend. “I look forward to this particular party every year. It brings people together to celebrate art and artists in a very relaxed way, and it’s also a great opportunity to see the museums and see the exhibits and I just feel like it’s, I don’t know, I always have a good time. Annie knows how to throw a good party,” said Star, who also is a collector of Ligon’s work.

Paulin Ferrell also praised Hammer reps and Philbin for their party skills. “They always feel like they have a finger on the pulse of what people are feeling and thinking about. The presenters of the honorees are equally exciting this year too. Annie is so good about thinking about the whole picture so that it plays to the crowd and the honoree as well,” she said.

Something that didn’t play well was an unfortunate moment that happened during the program portion. According to the L.A. Times, a seemingly inebriated attendee loudly mocked Stevenson’s speech and repeated his use of the n-word. The man was escorted out of the gala, per the report.

Waters was there for all the action, taking in the gala, the speeches and even the gift shop.

“I’m a fan of The Hammer. They have such a good gift shop, I just went Christmas shopping. My first of the season.” 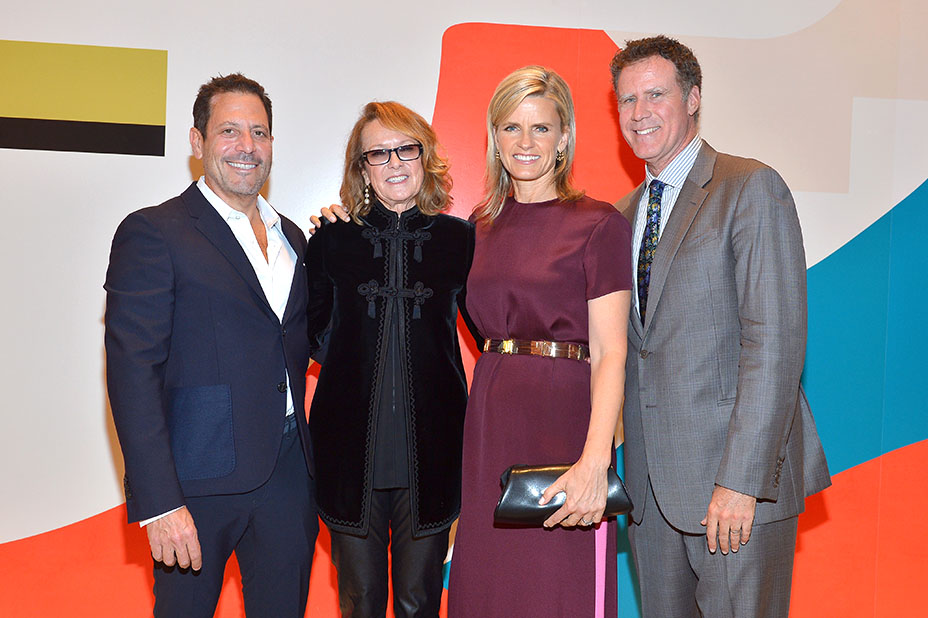 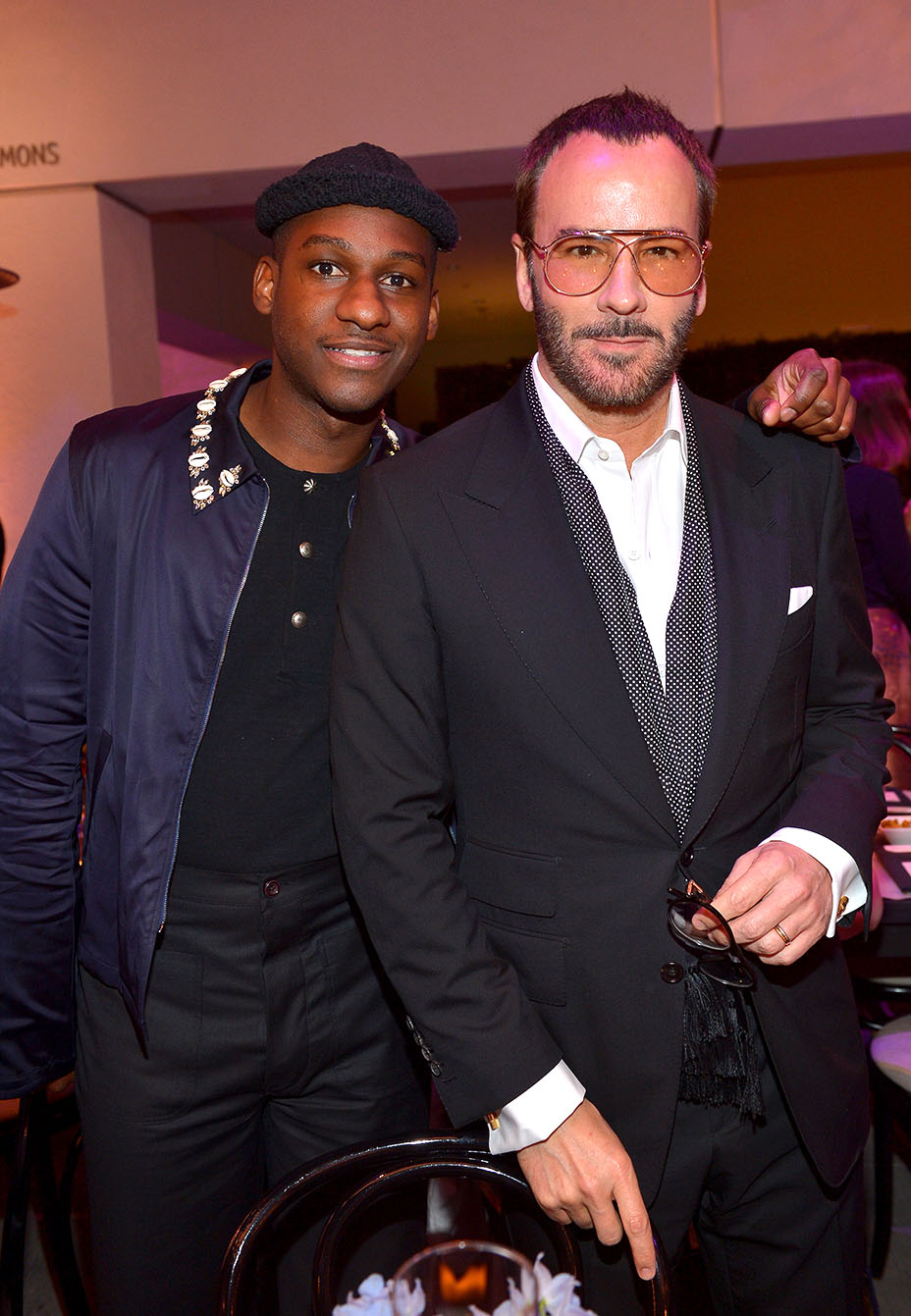 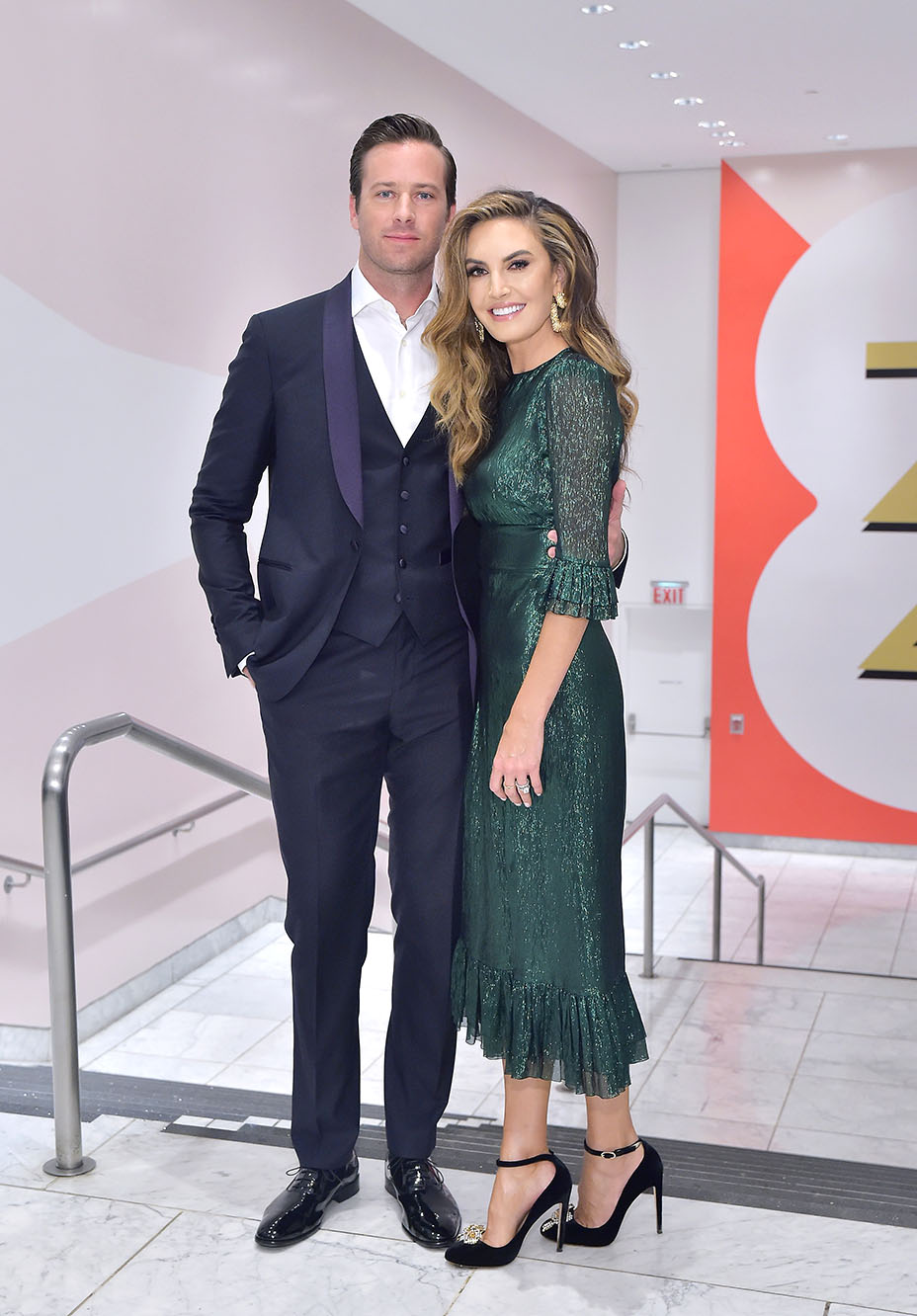 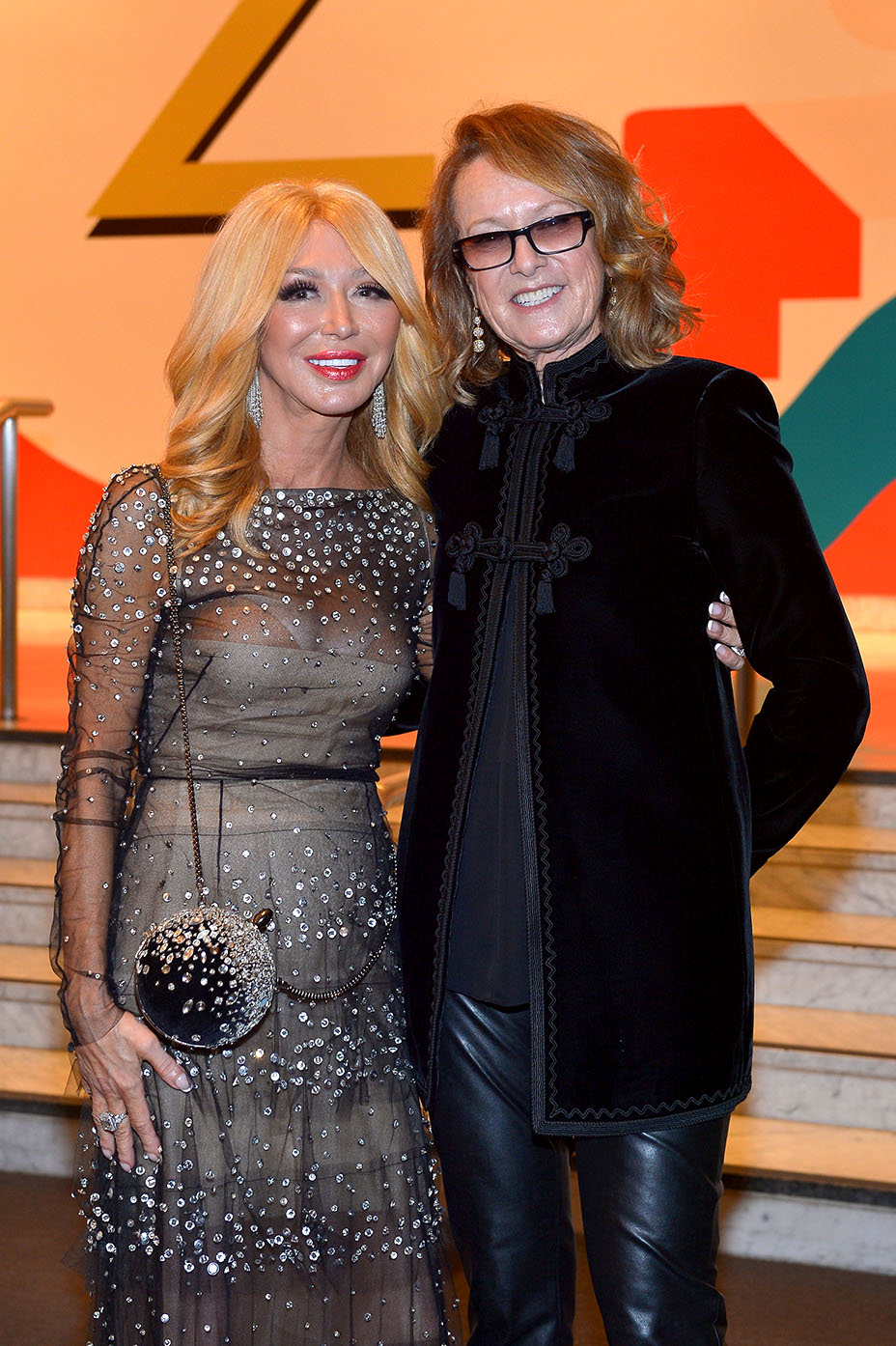