When Chinese wunderkind Han Han announced in 2013 that he would be making his debut as a director with The Continent, a feature adaptation of his own best-selling novel, many in the Chinese industry were skeptical.

During his 20s, Han, now 34, had been hailed as “the world’s most popular blogger” and “the voice of China’s boom-era youth” — his blog, filled with wry commentary on social change in China, has received more than 300 million hits. And although he had achieved moderate success pursuing other interests — including releasing a pop album and devoting a surprisingly large amount of his time to professional rally car racing — Han had virtually zero experience in filmmaking.

But his directorial debut, produced by Bona Film Group, went on to confound his naysayers, earning $101 million at the Chinese box office and receiving mixed reviews from international critics.

Han returned in February with his second feature, Duckweed. A Back to the Future-like dramatic-comedy about a young man who travels back in time to gain a new understanding of his father, the film was the dark horse of Chinese New Year, pulling in $151.5 million despiting opening head-to-head against strong competition from the local industry’s elder statesmen, Stephen Chow with Journey to the West 2 ($239 million) and Jackie Chan’s Kung Fu Yoga ($252 million).

In an email interview conducted in mid-March, THR got Han’s thoughts on his filmmaking influences, China’s sudden box-office slowdown and the future of moviegoing.

What do you enjoy or dislike about filmmaking compared to your many other creative pursuits — blogging, writing books or racing cars?

Every writer, when they create, has certain corresponding pictures in their mind. The fun part of making films is that these pictures can be presented directly, because every character has a real image of its own. And then you can make the creative expression even richer through editing, music and the visual language of the camera.

When I write a book, though, I can make the main character do a lot of things at dawn or dusk. With a film, you probably couldn’t do that, because true dusk only lasts about ten minutes — if I set many scenes at dawn or at dusk and use natural light, it will take half a month to produce. This is just one example. Essentially, making a film involves more production restrictions, while when writing a book you are constrained to abstraction.

In any case, artistic creation always makes people feel good — even though, in the end, it also always brings an ache of sorrow to the creator.

How would you characterize the development of China’s film industry over the past few years? Is it a good time to be making a start as a director in China?

For filmmakers, it’s definitely a good era. We can get bigger production budgets, and as long as you do decent work, you get appropriate feedback from the market. The number of theaters is indeed increasing dramatically. But China has so many cities and such a huge population, this state that we usually think of as sudden growth is actually just a return to the normal global standard.

Normally, you’re supposed to say that “the best of times” are also “the worst of times” — to demonstrate your depth. But I don’t want to do that, because this really isn’t a bad time for the Chinese film industry.

Duckweed feels like the work of an artist passing into a new phase of adult life. It’s also been described as falling into China’s new “1990s nostalgia” genre. How does the film reflect your own feelings about the past?

I think it’s better for screenwriters and directors to hide their inspirations and insights from everyday life. The author should let the audience know as little as possible about what they normally think and do. Instead, it should all go into the work. It’s good for novelists and filmmakers to be a little mysterious. So, I’m not going to share what this film reflects from my past.

What makes the film industry different from other industries is how it is affected by a few major production companies. Because there is currently a limited number of top-level Chinese actors and producers, the big production companies can produce just one or two major films per year.

Obviously, there was a large number of films released two years ago, and the major local studios were shooting new films last year for release this year. Therefore, last year was a busy year of production but there were few important releases. This is very simple logic. I don’t understand why, going into last year, the Chinese media and finance industry were so optimistic. I also don’t understand why they are so pessimistic about last year’s lack of growth.

Isn’t it all quite predictable? It didn’t happen all of a sudden. Last year was a quiet one for Chinese studios, and for the Hollywood production companies, too. So, there was no reason to continue to grow. Yes, we continued to build more theaters, but doubling the number of theaters doesn’t mean doubling box office revenue. It just means that we can go to a theater that is a little closer to home.

Another factor: lots of speculators from outside the industry thought it was a good time to make money. They rushed to find projects and forced them to shoot without proper preparation, which resulted in lots of poor quality films. Some of these projects caused the audience to lose interest in going to the movies. 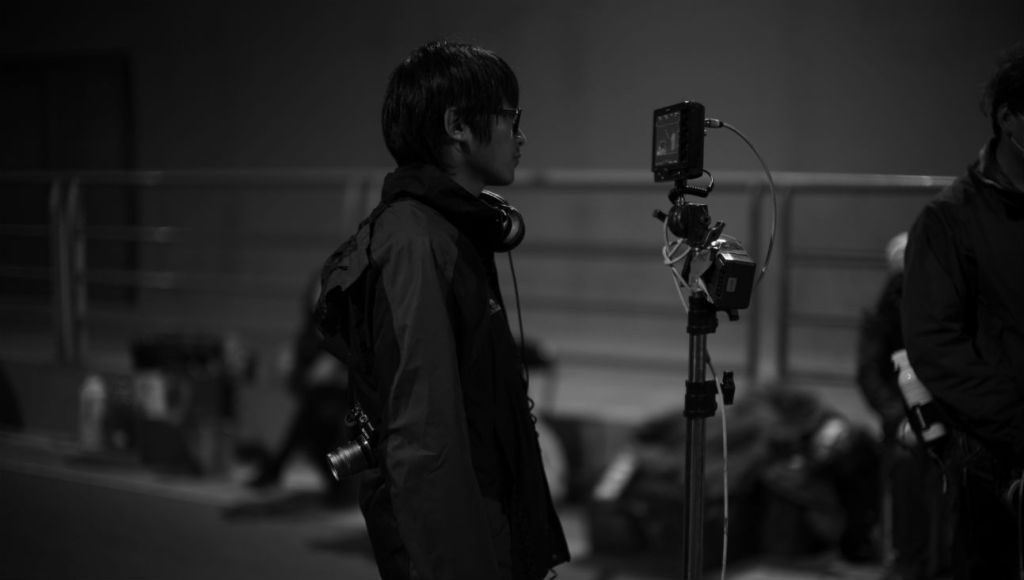 China is still expected to overtake North America to become the world’s largest box-office territory sometime in the next few years. What are your hopes, or predictions, for the role Chinese pop culture will come to play on the world stage?

If or when China will overtake North America — I don’t think it’s very important. Because it’s a very normal thing. We have many more people and cities, and entertainment consumption is growing.

What’s more important is when China will be able to export its [culture] to the world. This is important. In this respect, we are still behind Japan and South Korea. Of course, there are various reasons. Every participant is responsible, including me. We have a self-sufficient market, which is a good thing but also a bad thing.

Naturally, I hope that we can exert a stronger influence on the world stage, and play a more important role. Eastern culture has its own forms of excellence, and it is best to conduct mutual exchange on equal footing.

What we ought to do is improve ourselves, rather than resist or protest against cultural works from other countries. Meanwhile, even with the political environment aside, the Western world does hold some natural biases against works of Chinese culture. To eliminate this prejudice and hostility, there is still a long way to go.

What films or directors have been a source of inspiration for you?

My family got a VHS player when I was in elementary school. My dad bought four tapes and I watched all four films that night. They were Terminator 2, Speed, True Lies, and Jurassic Park. Back then, I had already felt that film was something really wonderful. That was the era of Zhang Yimou and Chen Kaige, and it was also the time when they created their best works.

But it’s hard for me to say whether any particular person or film has inspired me. When I watch films, I don’t pretend to be a sophisticate. I like experimental, art-house films, but I also like The Avengers. I’ll go to the midnight premieres of blockbusters, but I also look for films that maybe only a few thousand people in China have seen. I like film itself, not for the bragging rights over what I’ve seen.

Historic investments are being made in developing China’s film industry infrastructure. At the same time, Chinese young people — perhaps even more than those in the West, amazingly — are spending more and more time on their phones. Do you think theatrical moviegoing will continue to be a dominant mode of entertainment consumption for many years to come?

Maybe. There is nothing to fully replace film given the current technology. But when it comes to technological revolutions, who is to say? The future of film is likely to completely change, and maybe it won’t even be film anymore. It might just be a capsule that you swallow so that your brain is delivered with the sense of a story.

But no matter how it might change, I still like the ritual feeling of sitting in a dark cinema with lots of people, watching a film play. I hope that in the coming decades, watching movies doesn’t just become an act of nostalgia.