When Harper’s Bazaar global fashion director Carine Roitfeld was piecing together this year’s “Icons” portfolio for the magazine’s September issue, she admittedly had trouble narrowing down the list.

“The hardest part is always selecting the icons featured in the portfolio, especially now with so many remarkable and important voices,” said Roitfeld, clad in a custom black Mugler gown. “But I have always been inspired by Alicia’s incredible strength and beauty, both inside and out, and that’s what makes a true icon for me.”

She added, “It’s a gorgeous night ,and I am especially honored that Alicia is delivering this year’s special performance.” 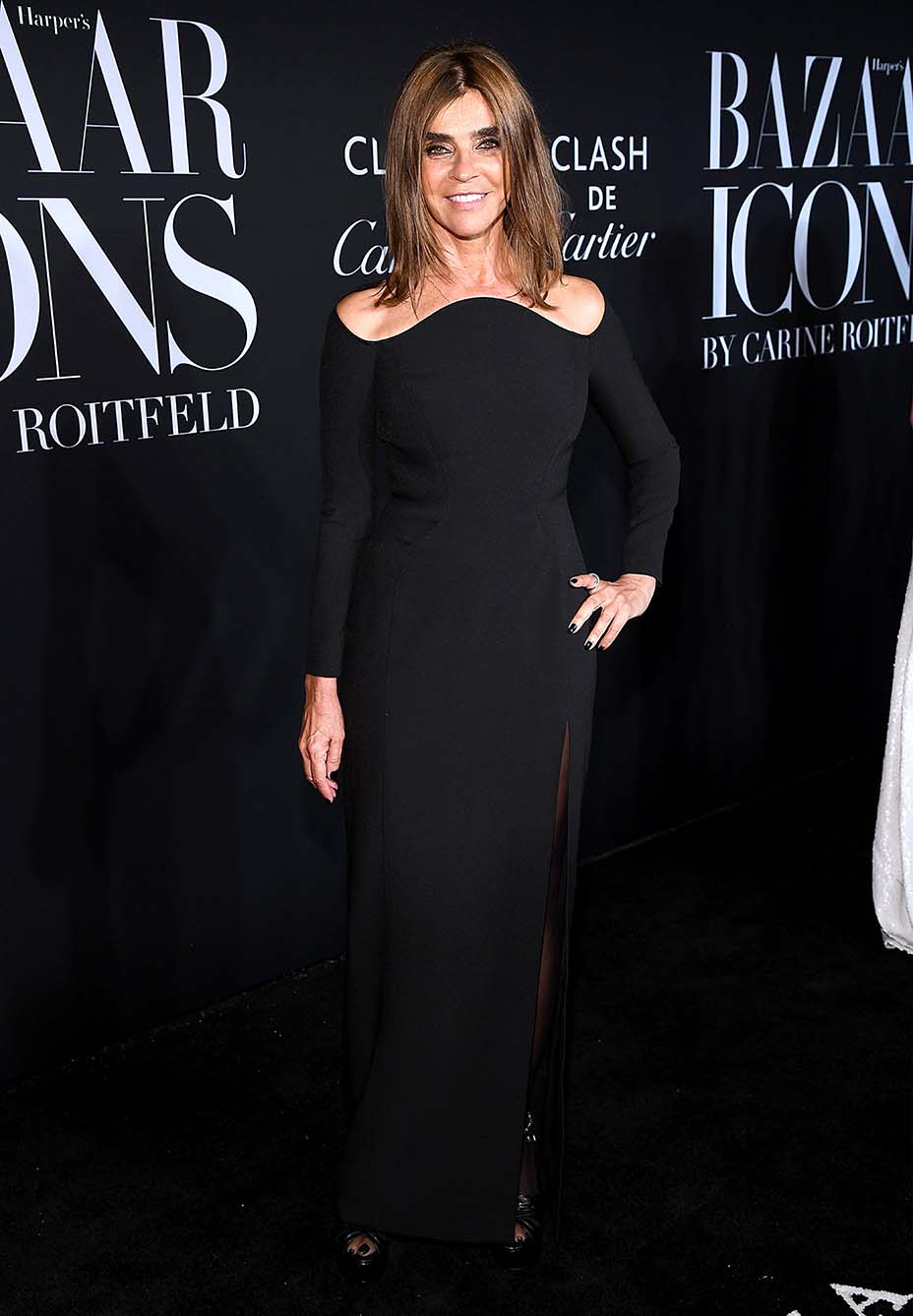 THR revealed in early August that Keys — who covered the September issue of Harper’s Bazaar — was chosen to perform at this year’s celebration, which was held for a sixth consecutive year at the Plaza Hotel. The R&B singer’s name dominated red carpet conversations as stars anticipated her onstage appearance Friday night.

“Alicia’s been an icon since I was born. She is just amazing,” Riverdale‘s Madelaine Petsch — who chose a skin-baring, black atelier creation from August Getty for the evening — told THR. “Put on any Alicia Keys song and you’re living your best life. Her music gives off the most incredible vibes. I’m really excited to see her.”

Euphoria actress Sydney Sweeney, dressed in an oxblood number from Rasario, said that Keys’ music soundtracked her high school experience. “She has a song for every single moment in my life,” said the 21-year-old. “It’s hard to choose just one song, though, as my favorite, to be honest. She has so many hits.”

But more than her discography, Petsch told THR that she is impressed by Keys’ advocacy for a host of issues, including gender equality, LGBTQ rights and the fight against HIV/AIDS. (Keys in 2003 co-founded Keep a Child Alive, a nonprofit organization that provides health care, housing and other support services to HIV/AIDS-affected communities in Africa and India.)

“An icon, to me, is somebody who stands up for what they believe in and talks very proudly about their feelings and their opinions and then takes action,” continued Petsch. “Alicia definitely embodies that definition.” 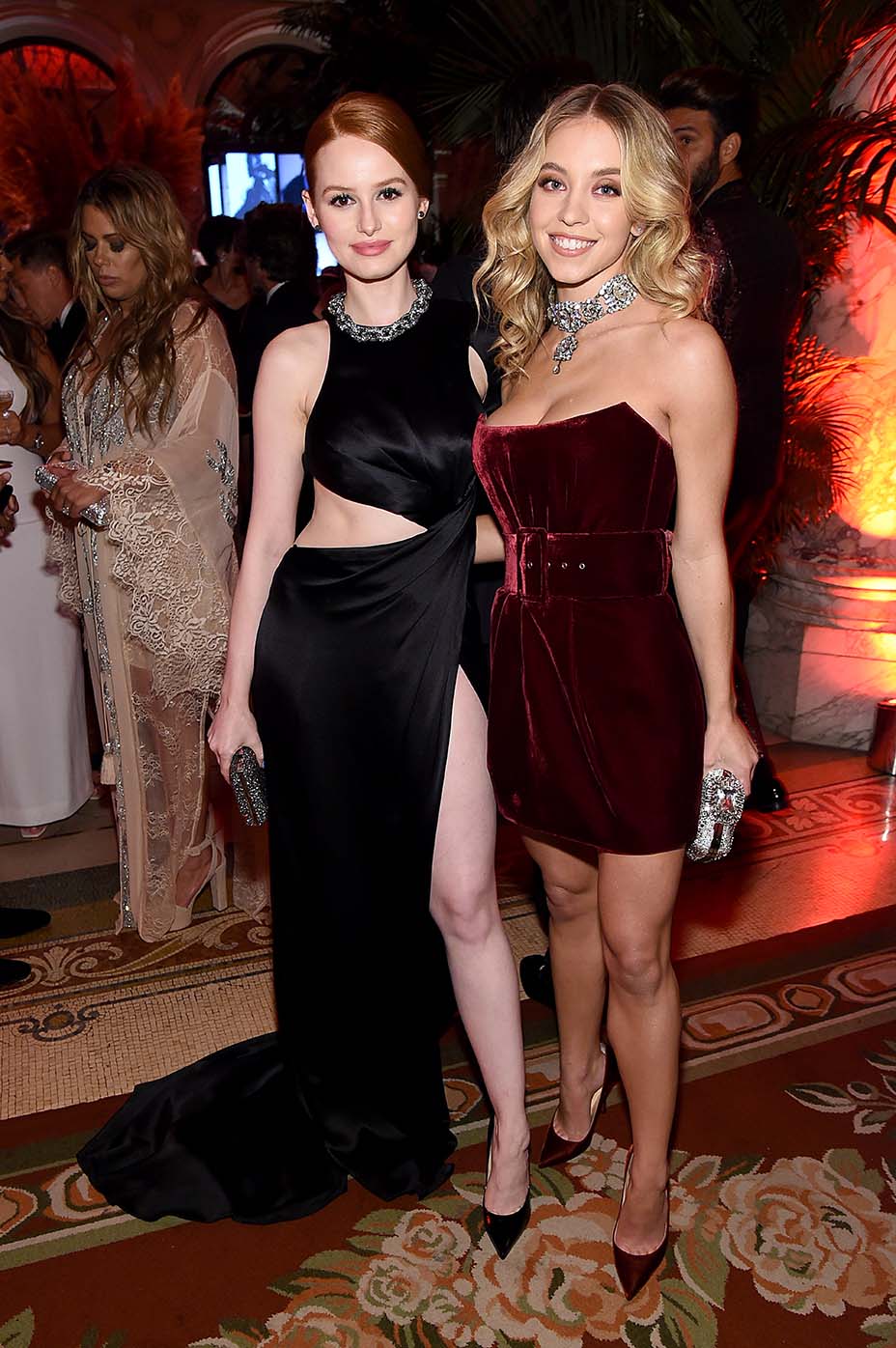 RuPaul’s Drag Race season 10 winner Aquaria — wearing a sparkling Moschino set — agreed, telling THR, “First of all, we love that she’s an LGBTQ ally. But Alicia is someone who’s shown that she has so much longevity in the industry. Who she is extends beyond her music and her craft. It’s also her spirit and presence that’s iconic. Alicia Keys will be here forever in one way or another.”

Once inside the event (for which Cartier served as the exclusive Maison partner) attendees — including notable names such as Zendaya, Tiffany Haddish, Ashley Graham, Indya Moore, Janet Mock, Vanessa Hudgens, Normani, Heidi Klum, Christian Siriano, Tom Ford and Paris Hilton — rushed upstairs to wait for Keys’ performance. Not even grabbing a glass of Moet & Chandon champagne, which guests sipped on throughout the night, model Adriana Lima wasted no time securing a spot directly in front of the stage, where she patiently stood for about an hour until Keys’ set began.

“How are we feeling tonight?” Keys asked the crowd, not long after she eventually took her place close to midnight. The Grammy winner, who came to the Icons party in a form-fitting black Mugler number, then added, “Are we feeling so high, so bright? If you’re feeling good, say, ‘Yeah!'”

Naturally, the room responded with an emphatic chorus of “yeahs.” An excited Lima (in David Koma) danced to the music with a friend, while rapper Saweetie (in Roberto Cavalli) enthusiastically sang along to Keys’ set that spanned her biggest hits (“No One,” “You Don’t Know My Name”) and most beloved deep cuts (“Unbreakable,” “I Need You”). Toward the end of her performance, Keys seemingly gave a nod to NYFW as she belted out her Big Apple anthem “Empire State of Mind.”

“New York, this is how we party,” the Manhattan native said with a beaming smile. “We’ve always got the right energy.”