Harry Stradling Jr., the two-time Oscar-nominated cinematographer who shot such films as Little Big Man, The Way We Were, 1776 and Rooster Cogburn, has died. He was 92.

He was the son of another acclaimed director of photography, Harry Stradling Sr., who won Academy Awards for The Picture of Dorian Gray and My Fair Lady and was nominated a dozen other times (for A Streetcar Named Desire, Guys and Dolls, Funny Girl, et al.).

Stradling Jr., though, certainly carved out a superb career for himself, working across genres on films including the family comedy With Six You Get Eggroll (1968), the George C. Scott caper flick Bank Shot (1974), the action war movie Midway (1976) and the Muhammad Ali biopic The Greatest (1977).

Stradling Jr. received his Oscar noms in consecutive years — 1973 and ’74 — for the adaptation of the Broadway sensation 1776 and for the Barbra Streisand-Robert Redford romantic drama The Way We Were, respectively. (Streisand was in good hands; his father had photographed her in her first four films.)

Stradling Jr. also shot many Westerns for the big screen, including six for director Burt Kennedy (1969’s Support Your Local Sheriff and the 1971 follow-up, Support Your Local Gunfighter, among them); The Man Who Loved Cat Dancing (1973), starring Burt Reynolds; and John Wayne and Katharine Hepburn’s Rooster Cogburn (1975).

He worked on 87 installments of Gunsmoke from 1964-67 (from the start of the show’s 10th season through the beginning of the 13th) before leaving to shoot almost all of the episodes in the only season of another CBS Western, Cimarron Strip, starring Stuart Whitman, in 1967-68.

Born in Yonkers, N.Y., on Jan. 7, 1925, Stradling Jr. spent time early in his career as a camera assistant and camera operator, beginning when he “slapped the slate” on George Cukor’s Gaslight (1944). He also was behind the scenes for features including Fred Zinnemann’s film noir classic Act of Violence (1949) and The Tall Target (1951), directed by Anthony Mann.

“Since he was my father, I had to cut the mustard myself … which made me better,” he told author Jim Udel in a 2007 interview. 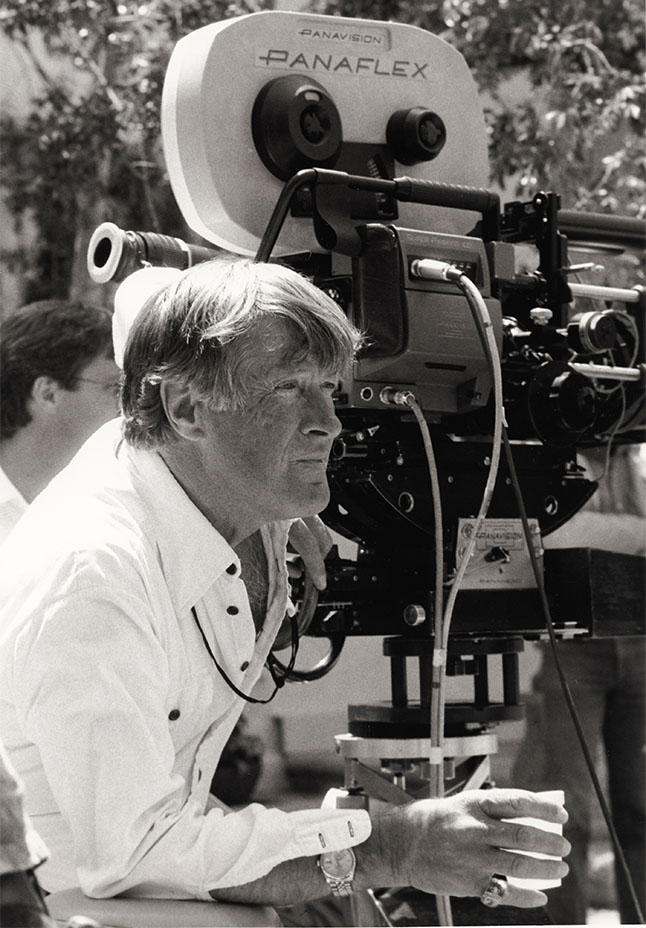 Stradling Jr. went out on his own as a cinematographer for the first time on Welcome to Hard Times (1967), a Western that starred Henry Fonda and marked the DP’s first collaboration with Kennedy.

Another Fonda Western, There Was a Crooked Man … (1970), soon followed, as did the horror film The Mad Room (1969) and Arthur Penn’s Little Big Man (1970). On the Dustin Hoffman starrer, Stradling Jr. operated a camera one-handed as he rode on horseback while dressed as a Native American, and the film features wonderful snow-white landscapes.

His great uncle was silent-era cinematographer Walter Stradling, who shot several Mary Pickford movies, and his sons John, Bob and Michael together have dozens of camera credits in Hollywood.

Asked by Udel what advice he would give aspiring cinematographers, Stradling Jr. said: “Always listen to the director. He’s the boss of the film. And always make the ladies look good.”