Despite a red-hot career running Todd Phillips’ Green Hat Films, Scott Budnick abruptly left the film business following the 2013 release of The Hangover Part III. After 16 years, Budnick was ready for a different calling. “It was clear to me that my mission was to work in the criminal justice space,” he says. “I went to Todd and asked him if I could leave to start a nonprofit. He was a total mensch and let me ride out the rest of my contract.”

In 2013, Budnick launched the Anti-Recidivism Coalition (ARC), which advocates for policy change and provides mentoring for the incarcerated and recently released. ARC helped get 14 bills signed into law by former California Gov. Jerry Brown, including one that gives a shot at freedom to 20,000 juveniles sentenced to life without parole. But Budnick, 43, couldn’t quite shake his storytelling roots: In 2018, as an offshoot of ARC, the Atlanta native created production banner One Community. Its first project, Warner Bros. awards-season hopeful Just Mercy, is out Dec. 25.

Michael B. Jordan stars as real-life defense attorney Bryan Stevenson, who fought to free a condemned death-row prisoner, played by Jamie Foxx. In the lead-up to release, Budnick and Jordan teamed on what the producer says is the largest social impact initiative ever tied to a film. The “Represent Justice” campaign includes everything from a Common concert at California Rehabilitation Center in Riverside County on Dec. 6 to Just Mercy screenings for policy makers, including officials in Gov. Gavin Newsom’s administration. 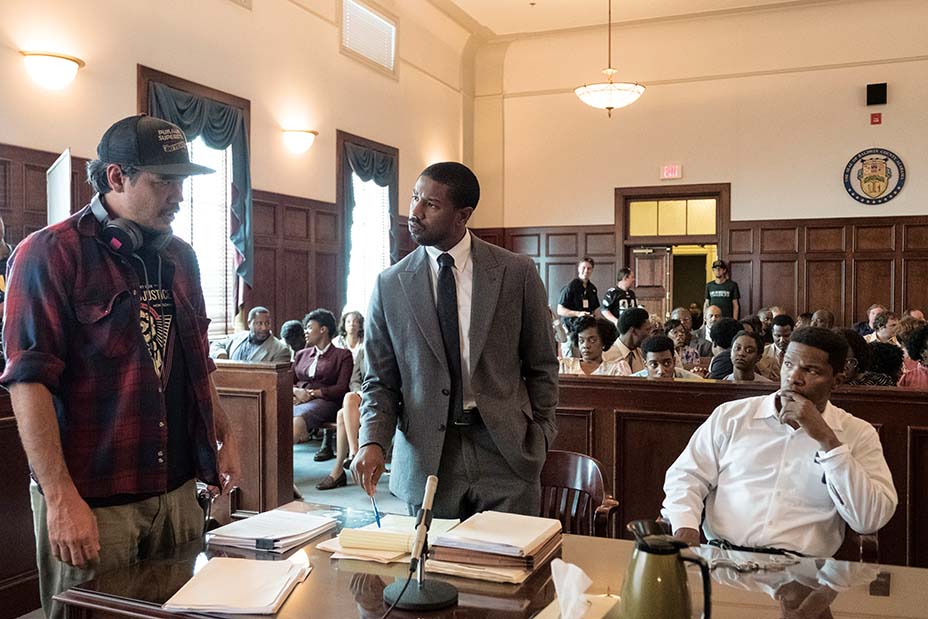 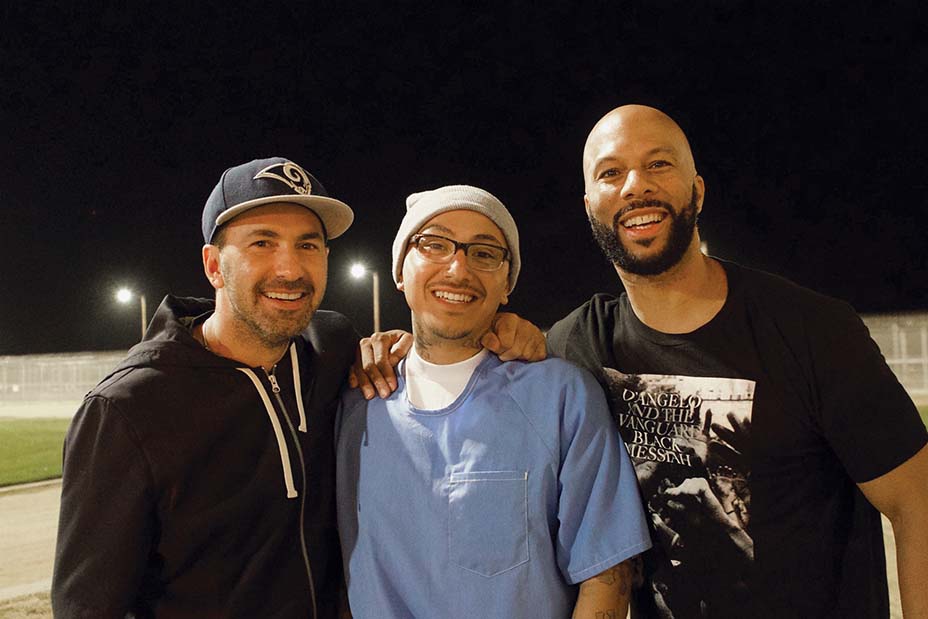 Common, a criminal justice reform activist, recalls accompanying Budnick to Ironwood State Prison, where every inmate and guard seemed to know the producer. Remarkably, Budnick appeared to be familiar with the case details of every inmate he passed. “I’ve never seen anything like it. People will say, ‘Oh, they’re criminals. That’s it.’ But to go out and see the humanity in them says a lot,” says Common.

Budnick­ was inspired to bring prisoners’ stories to film and TV not long after starting ARC. “I met a guy at a party who was involved in the marriage equality movement and asked him what was the game-changing moment,” Budnick recalls. “He said, ‘Will & Grace, Ellen DeGeneres, Glee, Modern Family, Milk.’ That was a decade of content that changed people’s hearts and minds and how they voted throughout the country or just made them less dug-in against gay marriage. When I heard that, I realized that I’m able to really scale the work we’re doing by raising money for a film and television company.” 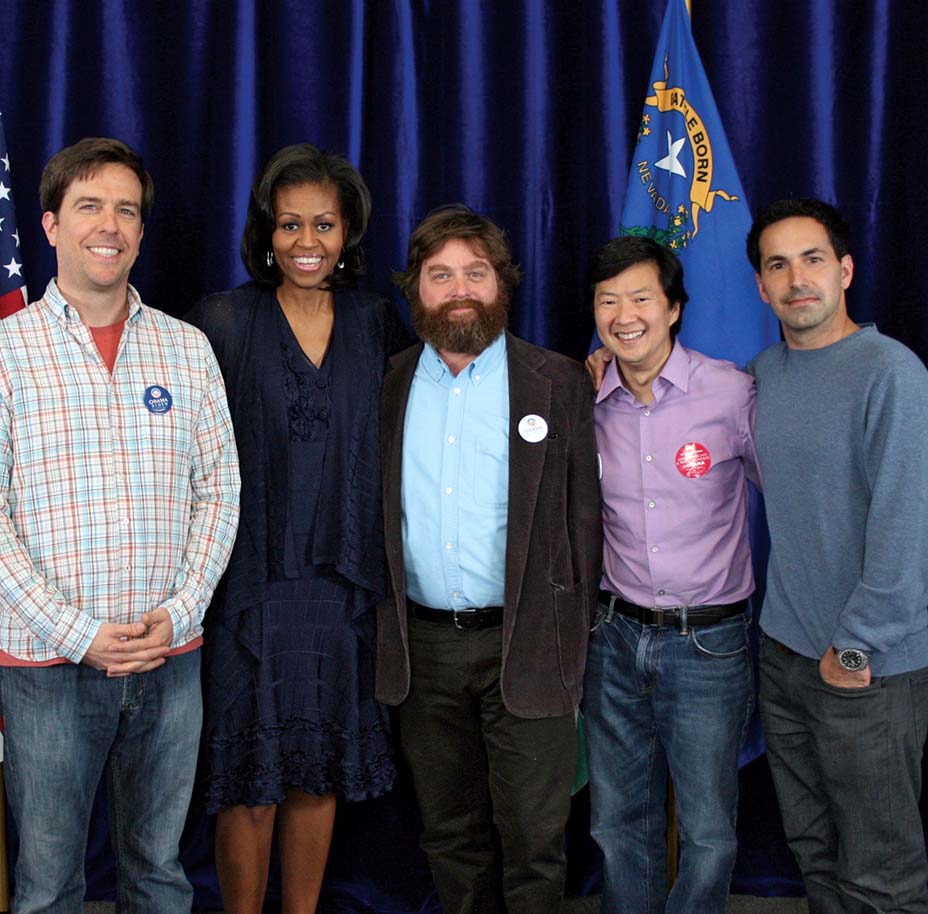 In 2018, Budnick raised $50 million from the likes of Endeavor Content and Milwaukee Bucks owner Wes Edens, allowing One Community to co-finance projects including the upcoming Ben Affleck-helmed King Leopold’s Ghost. He’s also started a fund for future impact campaigns in partnership with studios. As part of that effort, Budnick took some 40 Warners execs, including marketing head Blair Rich, to Lancaster Prison for a four-hour tour in January.

Says Jordan of Budnick’s vision: “Scott has a contagious energy, enthusiasm and passion surrounding his work. His unique experience living between the entertainment and criminal justice reform worlds allows him to blend storytelling with real-world change.”

Although criminal justice reform had long been a low priority within Hollywood philanthropy circles, the cause has begun to pick up steam thanks to Kim Kardashian West’s efforts in the space. It turns out that Budnick, who first began volunteering inside juvenile detention centers in 2004, played a role in Kardashian’s initial foray.

“I got a random text from Kim Kardashian — never talked to her in my life — and she said, ‘I heard about the work you’re doing in the criminal justice system, and I want to learn,’” he says. “She drove an hour and a half with no entourage, just one security, to the California Institution for Women in Corona and sat down with the women and said, ‘Ladies, you’ve been sitting in this place. You’ve been through this. Please teach me.’ And she sat for three hours inside this prison and just listened and showed love. Since then we have gone to multiple prisons together. She is deeply committed. Kim is the real deal.”

Perhaps it should come as no surprise that ARC and One Community’s shared offices in downtown L.A. features an unlikely mix of characters on any given day.

“Oftentimes, we have an A-list director or sitting on a couch with two people that just got out of prison that are looking for housing or jobs or going to college or a mentorship or therapy or whatever it may be,” says Budnick. “The conversations that happen on the couch in there are pretty great.”

In a fitting twist, Budnick finds Just Mercy in the same awards-season conversations as Phillips’ Joker. But he insists there is no rivalry between him and his Hollywood mentor.

“I’m so proud of that film. I’ve seen Joker twice in the theaters, brought my kids to it,” he says of his 15-year-old son and a 15-year-old nephew that lives with him and his wife. “I think there is enough room for us both to compete.”