As the screenwriter of Andy Serkis‘ polio drama Breathe, William Nicholson can boast one of the most anticipated films debuting at the Toronto Film Festival. But for the past year, the 69-year-old Brit and two-time Oscar nominee clandestinely wrote perhaps the most dangerous project to hit Hollywood in some time.

Just as the Andrew Garfield-Claire Foy starrer kicked off production in summer 2016, Nicholson began adapting Bill Browder’s Red Notice: A True Story of High Finance, Murder, and One Man’s Fight for Justice. Why Browder’s story is so lethal stems from the 53-year-old American financier’s quest to bring down Vladimir Putin. In that pursuit, Browder spearheaded the now-famous Magnitsky Act — a 2012 U.S. law that punishes Russian human rights violators and landed him atop Putin’s enemy list (it also was the focus of that damaging meeting between Donald Trump Jr. and Russian lawyer Natalia Veselnitskaya).

Even before Russiagate swept Washington, Red Notice was a red-hot property in Hollywood. When the 2015 book still was in manuscript form, several in-demand writers, producers and directors chased the material, including George Clooney, Mark Boal, Steve Golin, Josh Singer and Charles Randolph. Clooney had the inside track given that his wife, human rights attorney Amal Clooney, represents Browder. George Clooney tried to set the film up at Sony, but Browder opted to go an unconventional route, retaining the rights and hiring Nicholson on his own dime.

“The message of this story is so important that I didn’t want to hand it over to somebody to do nothing with it or to do something that in any way compromised it,” says Browder, acknowledging the project’s existence for the first time. “I decided to keep control of the story and intellectual property.” 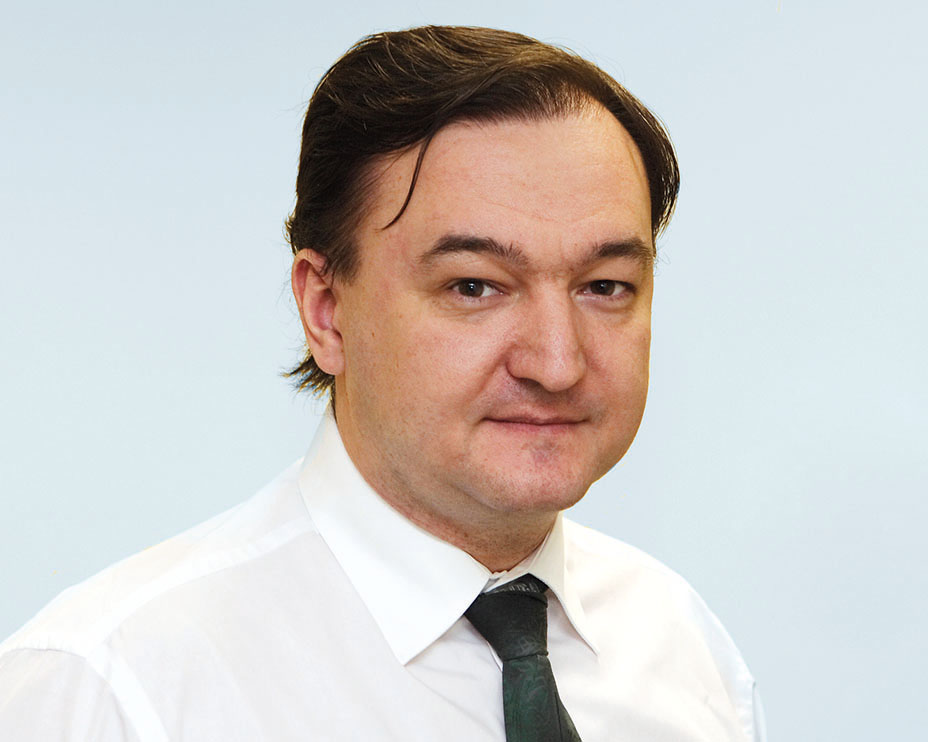 In spring 2016, a mutual friend introduced Nicholson to Browder. They met over lunch in London to discuss their compatible visions for the adaptation. Soon after, Nicholson began writing the chronicle of Browder’s ouster from Russia in 2006 after a decade as the top American investor in the country, where his Hermitage Capital Management was then worth billions. More significantly, Nicholson would tackle head-on the death of Browder’s attorney Sergei Magnitsky, who Browder insists was working to expose Kremlin corruption.

Nicholson, who also is an accomplished novelist, playwright and TV writer with an Emmy and two Tony nominations under his belt, was a natural fit for the material, having written a series of screenplays centered on characters who face life-or-death struggles including Gladiator, Mandela: Long Walk to Freedom, Unbroken and Breathe, which he had just finished.

“I’m drawn to stories where very good people are put under pressure,” says Nicholson. “The stories that I like to write are all an exploration of how to live a moral life in an immoral world.”

Like Red Notice, Breathe depicts a real-life man living on the edge. “I was fascinated by the way Robin Cavendish [Garfield] lived for so long always within two minutes of dying. If his breathing machine cut out, that was how long he had,” he says.

Red Notice puts Nicholson in risky terrain as it will portray Putin as a straight-up villain. Still, he says, he harbors “no fear. Perhaps there’s a risk, but it’s an important story, and I’m willing to take it.”

Browder, on the other hand, lives directly in the crosshairs: In late August, Russia reportedly issued a “red notice” request to Interpol for his arrest and extradition, less than a month after he testified before the Senate Judiciary Committee. “I’m already in the furthest jeopardy I could possibly be in,” he says, adding that he’s speaking to THR via a burner phone.

Nicholson is currently doing final revisions, and Browder, who is financing the project himself, will next try to try attach a director and producer (Browder is still in talks with Clooney and Golin).

Ultimately, Nicholson sees Red Notice as a hero’s journey. “We need heroes who can represent to us the possibilities of how we can live,” he says. “Because it’s easy to slip back into a belief that the bad guys always win, that selfishness is the only way to run your life.”