The left-field off-Broadway hit of the fall was Heidi Schreck’s autobiographical almost-solo play What the Constitution Means to Me, which premiered in October at New York Theatre Workshop and sold out its twice-extended run. In it, Schreck uses her experience as a 15-year-old entering contests about the Constitution sponsored by the American Legion as a launchpad to explore the document’s real-life impact on herself and the women of her family.

The funny, poignant, deeply personal show, directed by Oliver Butler, has struck such an emotional chord with audiences that on Nov. 27 it reopens for a limited engagement at the Greenwich House Theater. (The cast remains intact, with Schreck, Mike Iveson as an American Legion moderator, and preternaturally poised teenagers Rosdely Ciprian and Thursday Williams debating Schreck on alternate nights.)

Ahead of the play’s return engagement, Schreck spoke with The Hollywood Reporter by phone from Atlanta, where she is working on a new project for Amazon. 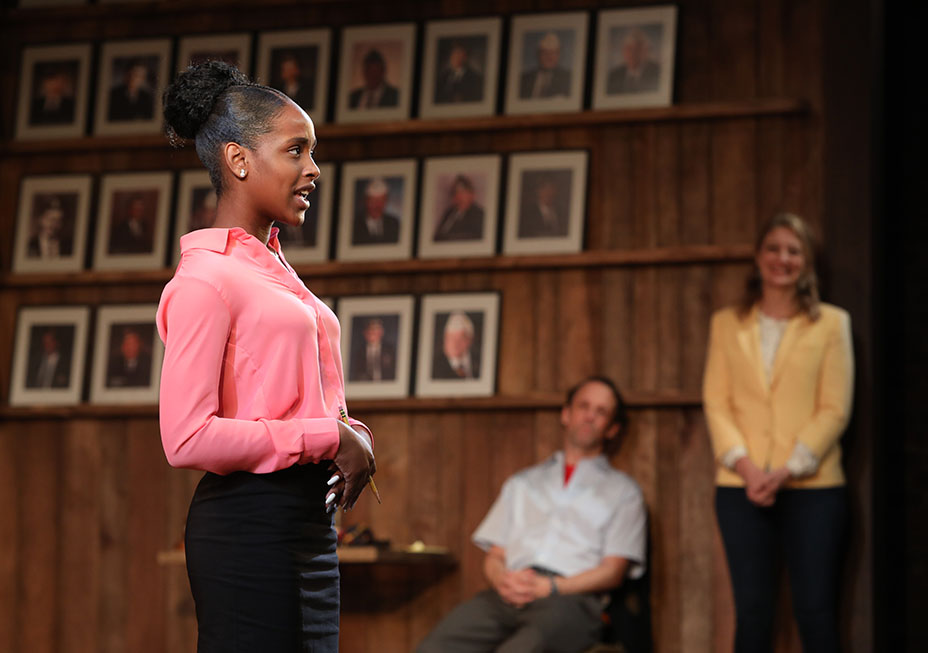 The show couldn’t be more timely. When did you start writing it?

I had the idea maybe 20 years ago. I thought about relating a personal story to every single amendment of the constitution, and that proved to be daunting [laughs]. I started seriously working on the play 10 years ago. First I wanted to write about my teenage self. I quickly realized that if I truly wanted to follow the prompt of the contest and connect my personal stories to the constitution, I would have to look at things like domestic violence and sexual violence and abortion, all the things that had touched my life by the time I was in my 30s.

Parts of the show feels very conversational. Is there room for improvisation?

At this point it’s entirely scripted, but it was developed extemporaneously. In this attempt to connect the personal to the legal and the historical, I had to weave so many thoughts, feelings and ideas together that I wanted to develop the play in a way that felt loose, even if it’s not. I also wanted the show to be fun — theater is not a lecture. It’s crucial to me that the show feels like it’s a dialogue: between my 15-year-old self and my 47-year-old self; between the audience and me; between the 15-year-old debaters and myself. I wanted it to feel like a democratic piece of theater. My task was to make these legal theories, these Supreme Court cases feel visceral and real and personal, because they are.

What came first, acting or writing?

They were always intertwined. My mom had a company for kids called the Short Shakespeareans. I played all the great Shakespearean heroines between the ages of six and 12, just got that out of the way [laughs]. When I got to high school I became interested in writing. I was a debate nerd, I loved books, I wrote short stories and poems. My first job out of college I worked as a journalist in Russia for two years, in St. Petersburg. I was always moving back and forth between acting and writing. 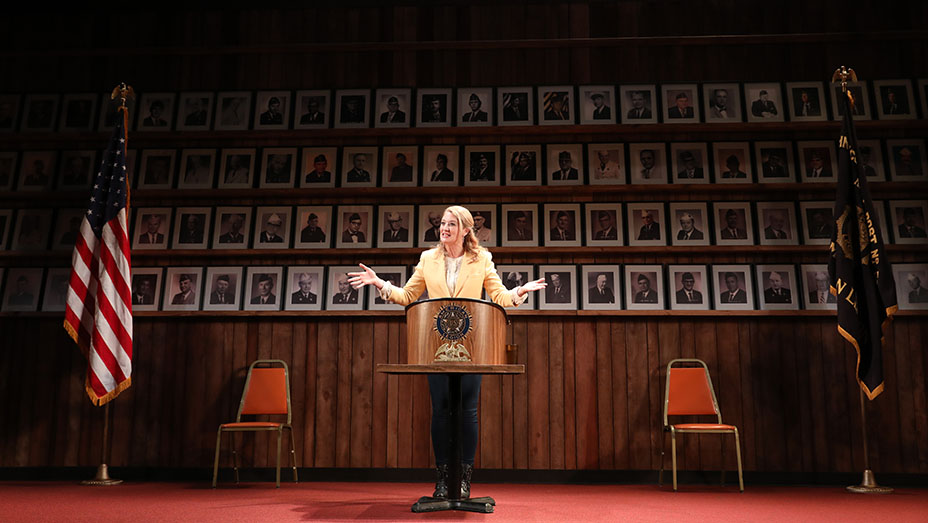 How did you get into television?

Honestly, I was getting older and I was very broke. I was working [as an actress] with my friend Liz Flahive on her play The Madrid, with Edie Falco. I gave Liz my pilot as a friend, just to ask for her thoughts and advice. She was very much responsible for getting me hired on Nurse Jackie. She and Carly Mensch [now showrunners on Netflix’s GLOW] taught me how to write for television. Then I worked on Billions for one season — I got offered to work on I Love Dick and I’ve loved the book since I was young so I wanted to work on that show.

Can you tell us a bit about the pilot you’re currently writing?

I’m working on a new series based on this wonderful book called Priestdaddy. This fantastic poet called Patricia Lockwood published a memoir and we’re writing the pilot together. Her father is a catholic priest — he was a Lutheran pastor who converted. At its heart it’s about the relationship between a young liberal daughter and her conservative family.

Constitution seems like a civic project tailor-made for the road. Are you going to tour it?

I would love to travel America with it like I traveled America to do the contest. We’re going to Woolly Mammoth in D.C. in April. I hope Ruth Bader Ginsburg comes. I also want her to rest, but it would be my dream to have her come to the show.

— What the Constitution Means to Me runs Nov. 27-Dec. 30 at the Greenwich House Theater in New York.